The idea of ​​the project realized by the architectural firm David Coluzzi DAZ It is to merge the business of selling fresh fish at retail, administration and catering. The concept is based on 'union of elements that recall the sea, As in a boat floating surrounded by scales of fish. The 'cold and clean atmosphere of the fish market is interspersed with wooden elements in the restaurant to heat the intimate atmosphere of the meal. The location is formed from two large rooms, the first, input is dedicated to the sale to the detail and tables aperitif punctiform illuminated, the second room is characterized from a table with benches coated as in a ship.

The history of the Sor Duilio is told on the walls thanks to great vintage photographic prints interspersed with backlit displays. The volumes protruding from the walls are covered with wood, and damage to the environment scanning an irregular breaking the rigidity of the pre-existence as elements of a wreck are part of the horizon between sky and sea. 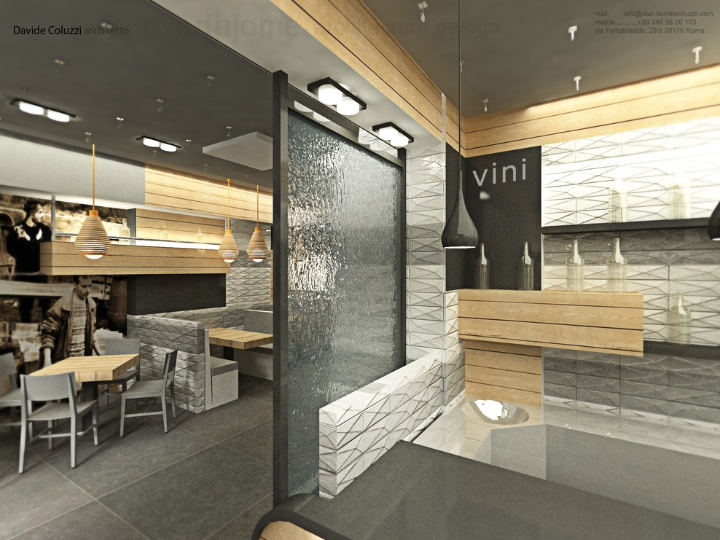 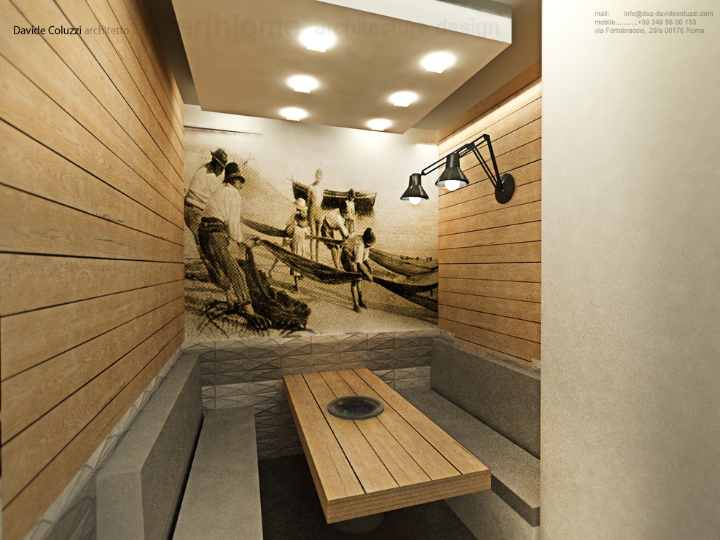 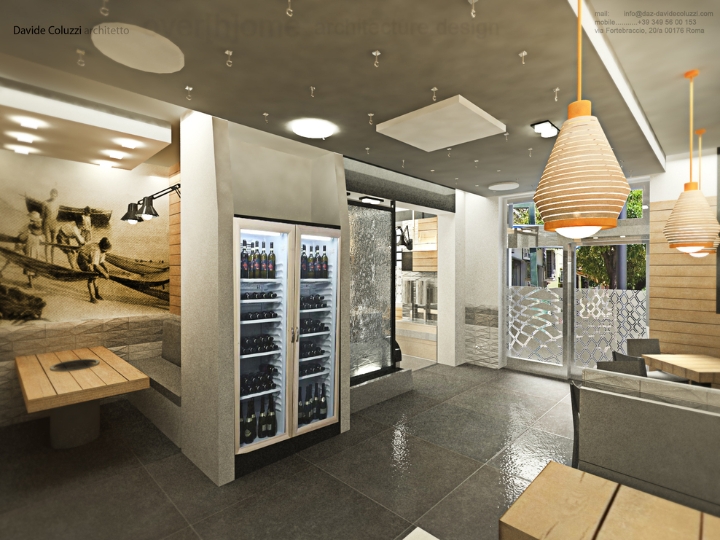 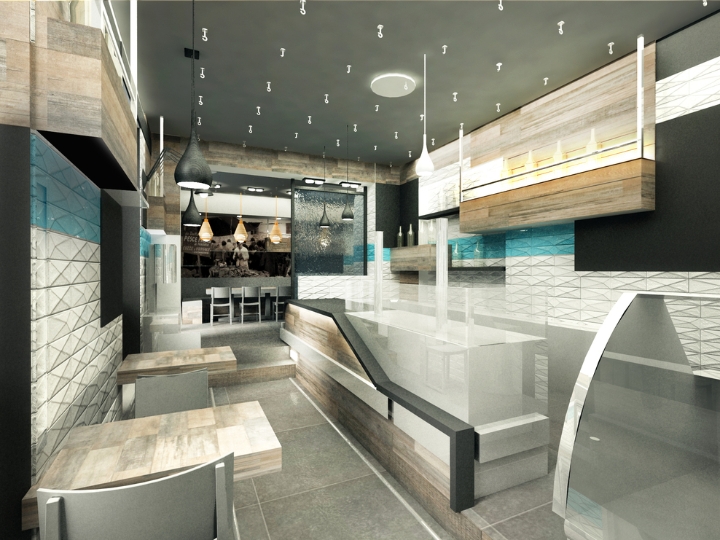 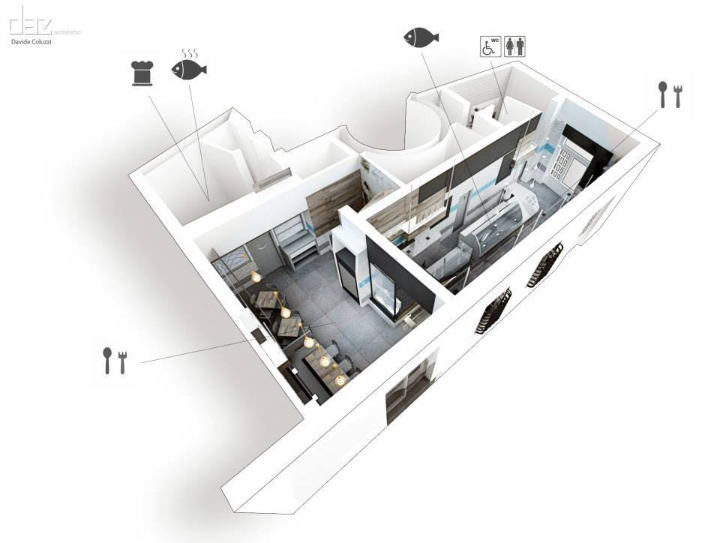 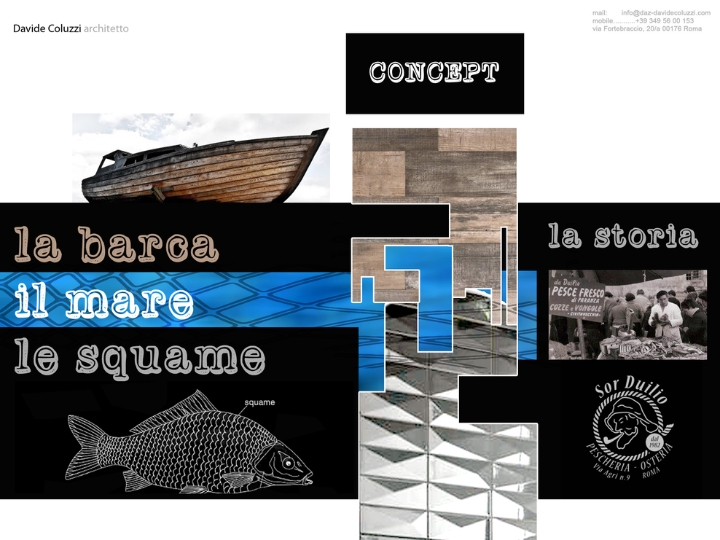 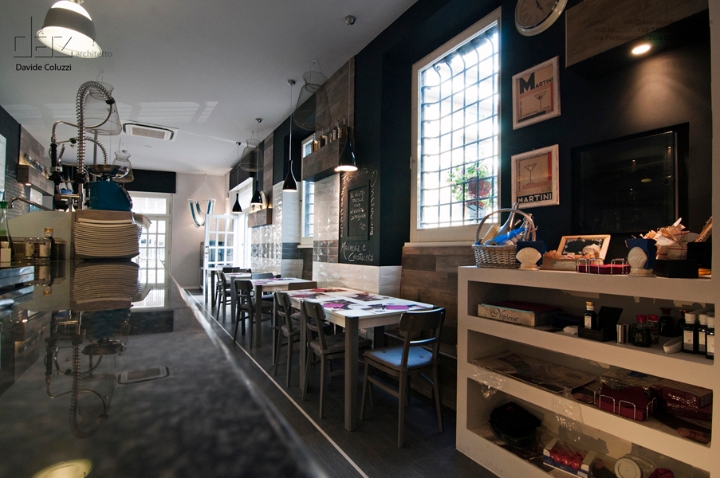 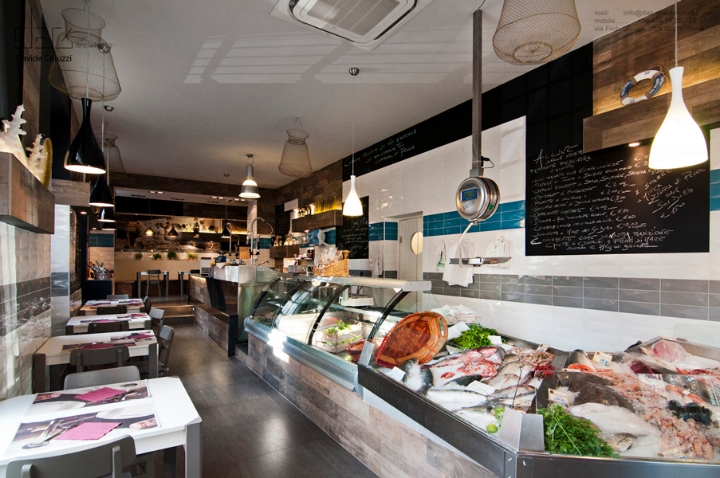 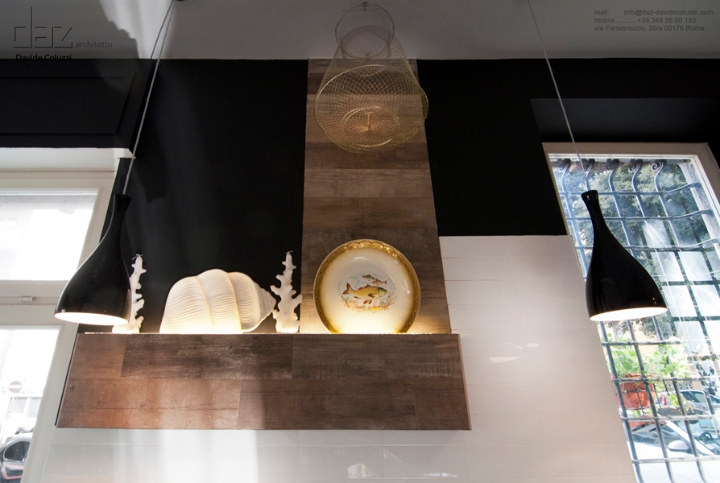 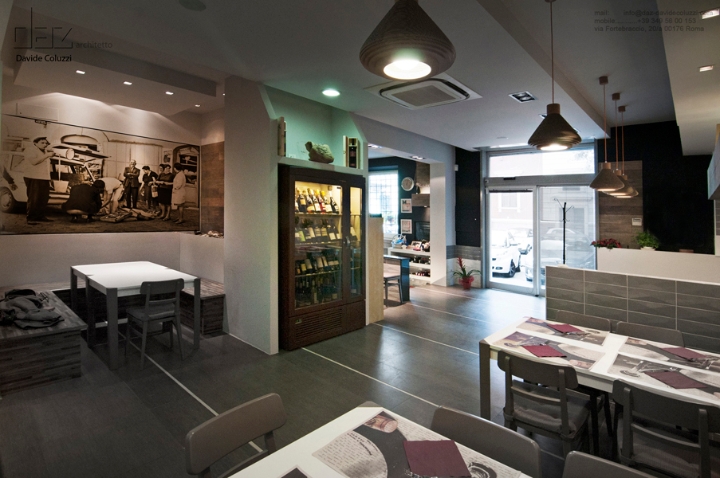 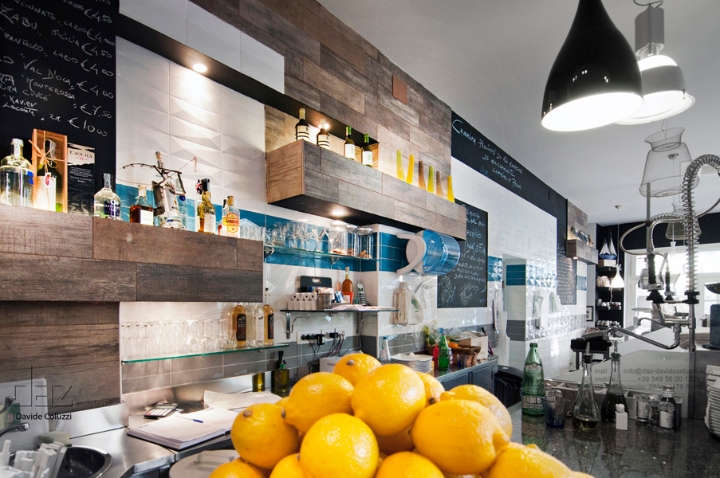 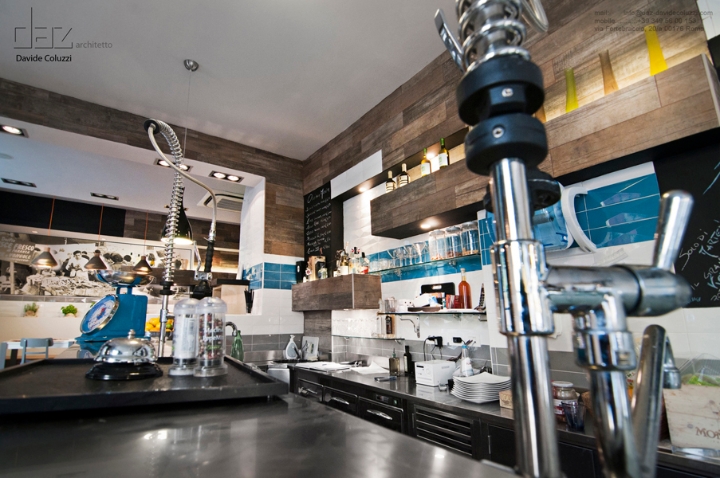 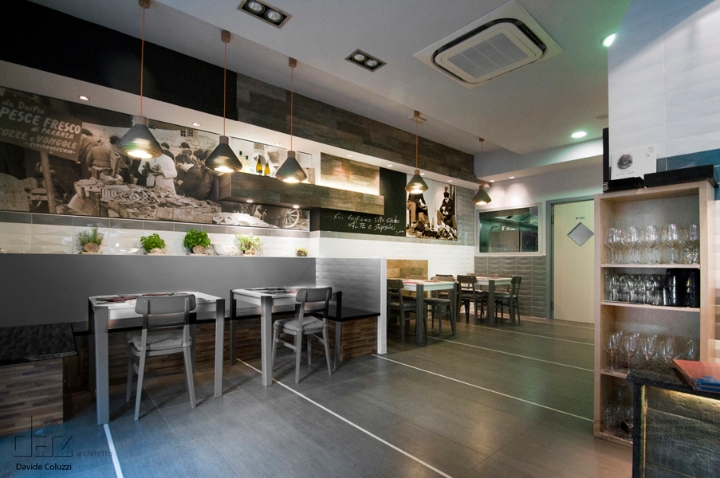 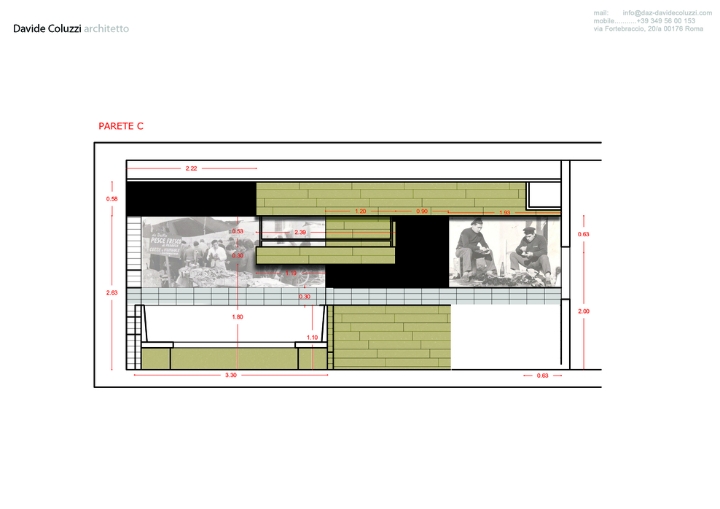 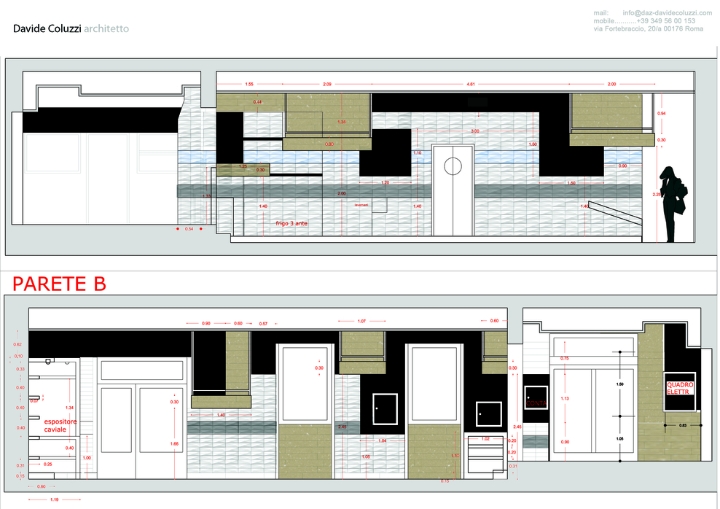