Color contrasts and material textures for the interior design of a house on 2 levels it has been modified: 2016-11-22 di Pierfrancesco Arnone

The project carried out concerns a house on 2 levels, where the common denominator is the interaction with the structural elements and the furnishings designed. As in most of the projects carried out byarch. Arnone, The interiors contain functional furnishings that characterize the house trying to grasp the customer's needs and transferring them in designed elements.

The main element is the connecting staircase between the two floors, painted white in contrast with the teal green back wall, it is self-supporting, placed in front of the entrance, virtually dividing the living room from the dining area.

Details of living are containers made from lacquered boards gap in green to resume the opposite wall in moss tile, the wall flush lighting system, the bio fireplace and the integrated bottle column of lava of Vesuvius stone, carved by the designer.

For the dining area has been designed a wooden table lacquered milled and covered with resin that recalls the design of the containers in the living room, while the chairs are the notes Panton Chair by Vitra in the new Chartreuse color that is reminiscent of the volume containing the bathroom and kitchen.

The bathroom, with door flush with the wall that exalted the handle designed by the architect links. Arnone for Officine Mandelli 1953, has another special designed, the freestanding washbasin in oak wood and sprayed ceramic placed in a steel tube ceiling with infrared command. The wall that surrounds the bathroom in steel worked Steelcolor of relief, while the back-lit mirror and bathroom accessories are made by the designer and the client.

Upstairs, the master room has an open concept, the bathtub / shower and the sink are visible while the sanitary ware is conveniently hidden behind a lacquered glass and mirror wall, important details to give more brightness to the environment.

Noteworthy side towel rail, made from green slate table top for the sink Laufen and the lining of the tub / shower made of wallpaper in glass by white ink fiber.

The headboard of the bed and the bedside tables are made with the same waste wood used in the living but with different design and white lacquered.

The second bedroom has a painting in broad stripes in silver and blue colors that give elegance and versatility to the space.

Particularly interesting in the bathroom is the sandblasted and backlit mirror that depicts the tallest skyscrapers in the world, an idea that aims to develop the brief with the client and expand the spaces. 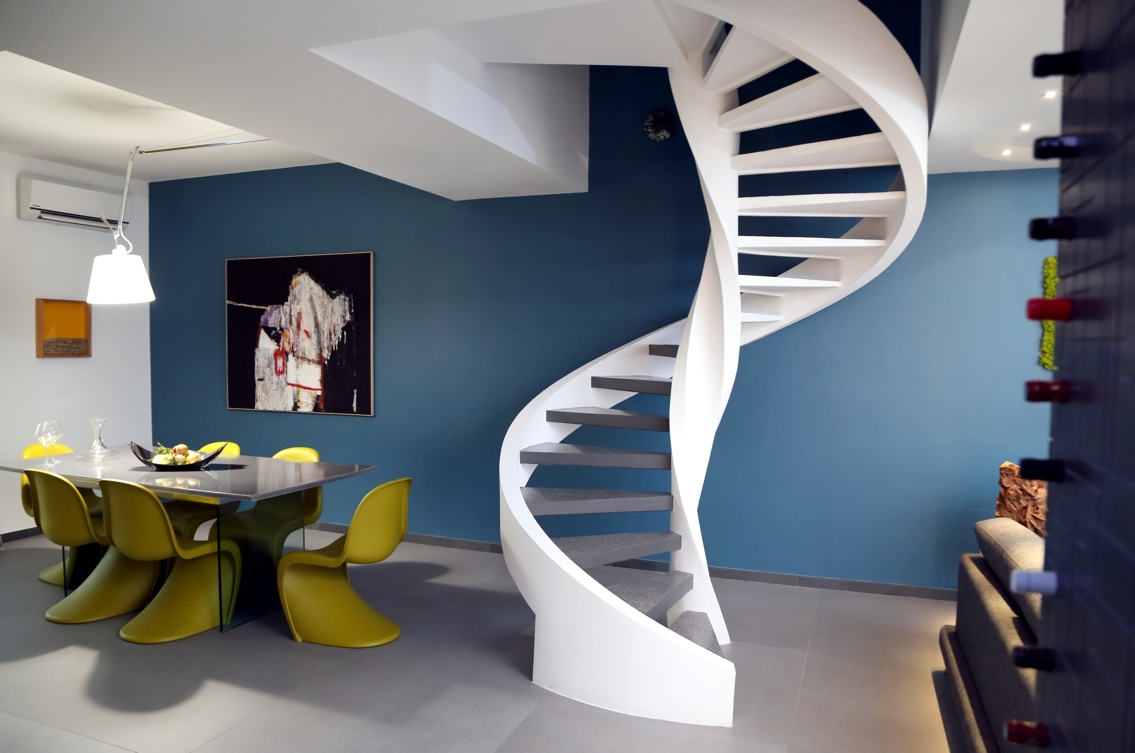 In an interior project, lighting plays a fundamental role, with attention to detail, where a flush against ceiling system was used, a very effective result in terms of brightness and which allowed to create a continuous luminous sign on the wall / ceiling and always have indirect brightness, while for the room dedicated to reading, 3 intersecting volumes have been obtained from the false ceiling and where track spotlights have been inserted that illuminate the environment in a point-like or diffused way. The entrance also has its added value with the Uso system by Flos, inserted in the false ceiling.

Overall, the environment is characterized by a modern style, not exasperated with warm and welcoming colors full of details designed ad hoc, as part of the glass gallery that highlights the spiral staircase in its essence and reflecting the needs of the client. 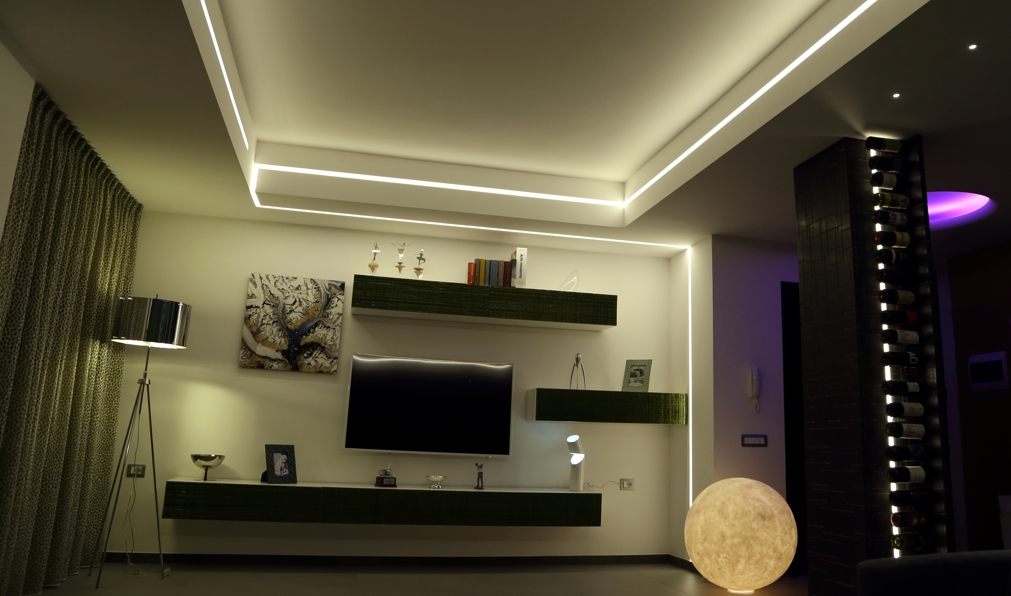 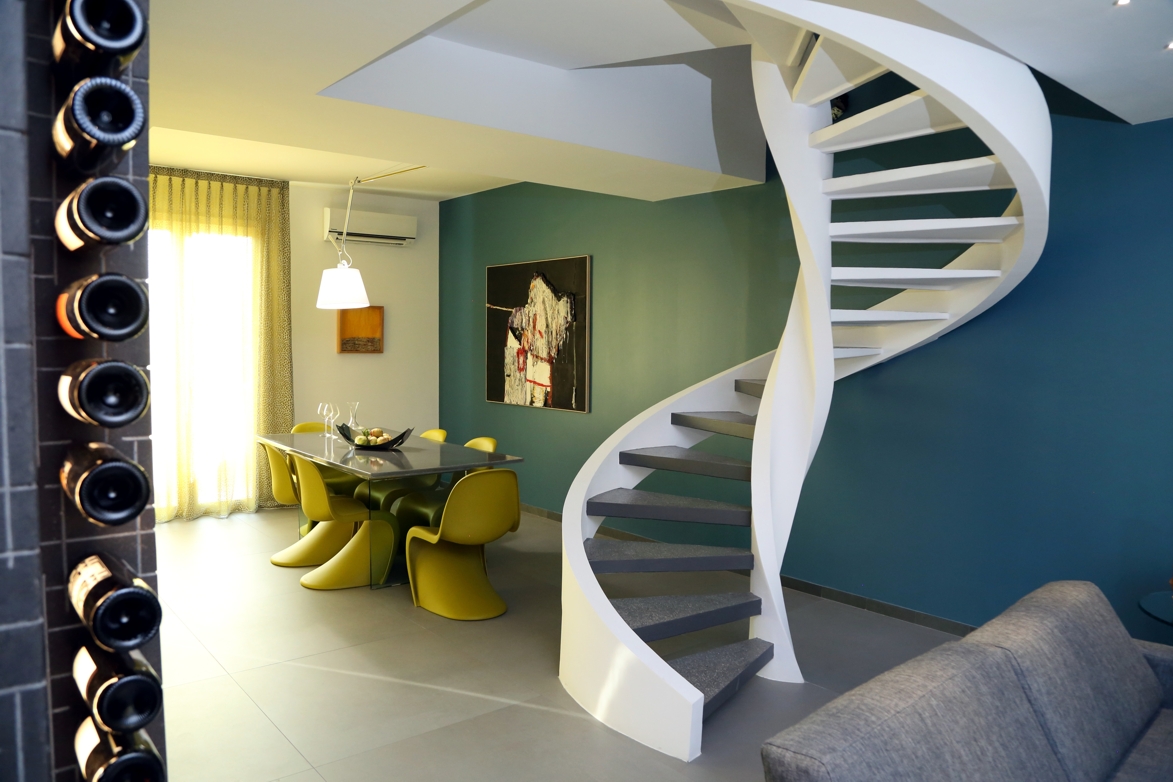 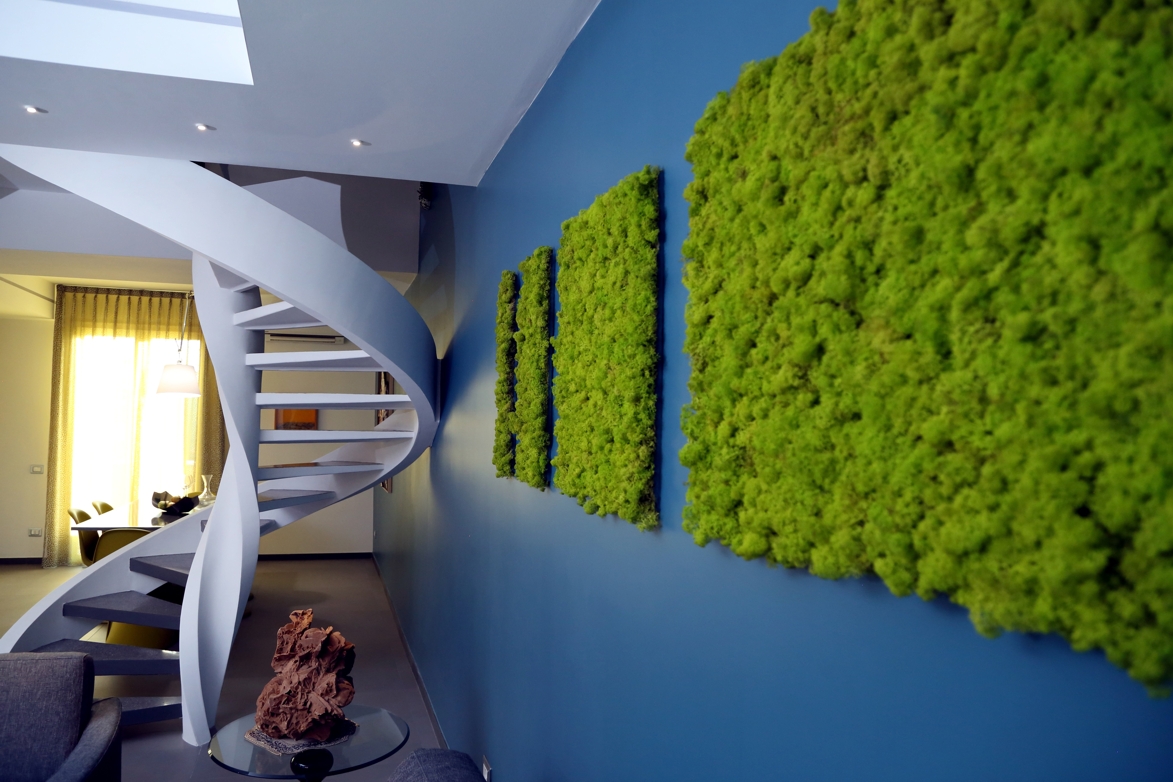 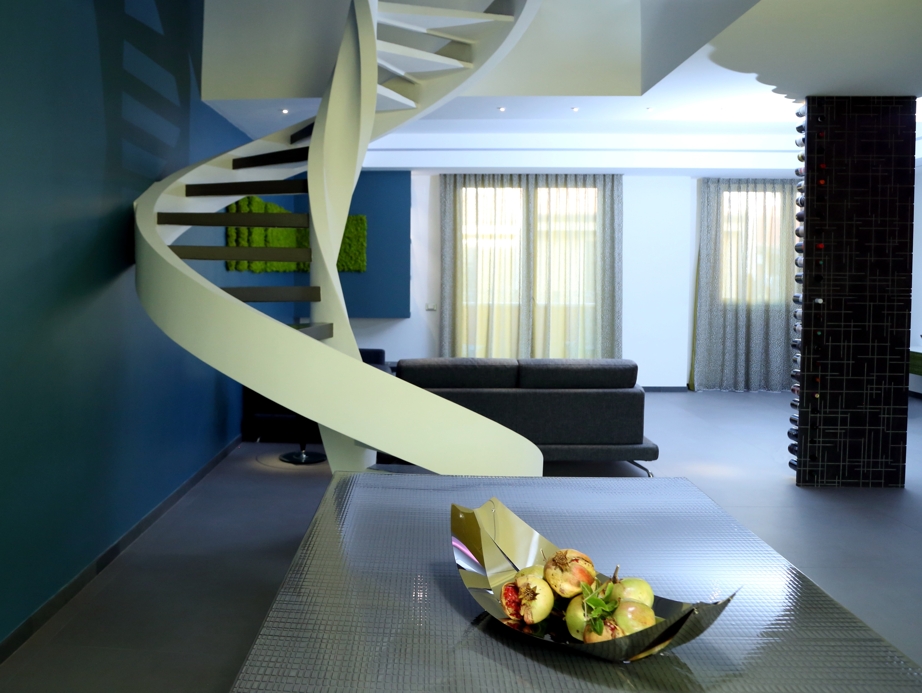 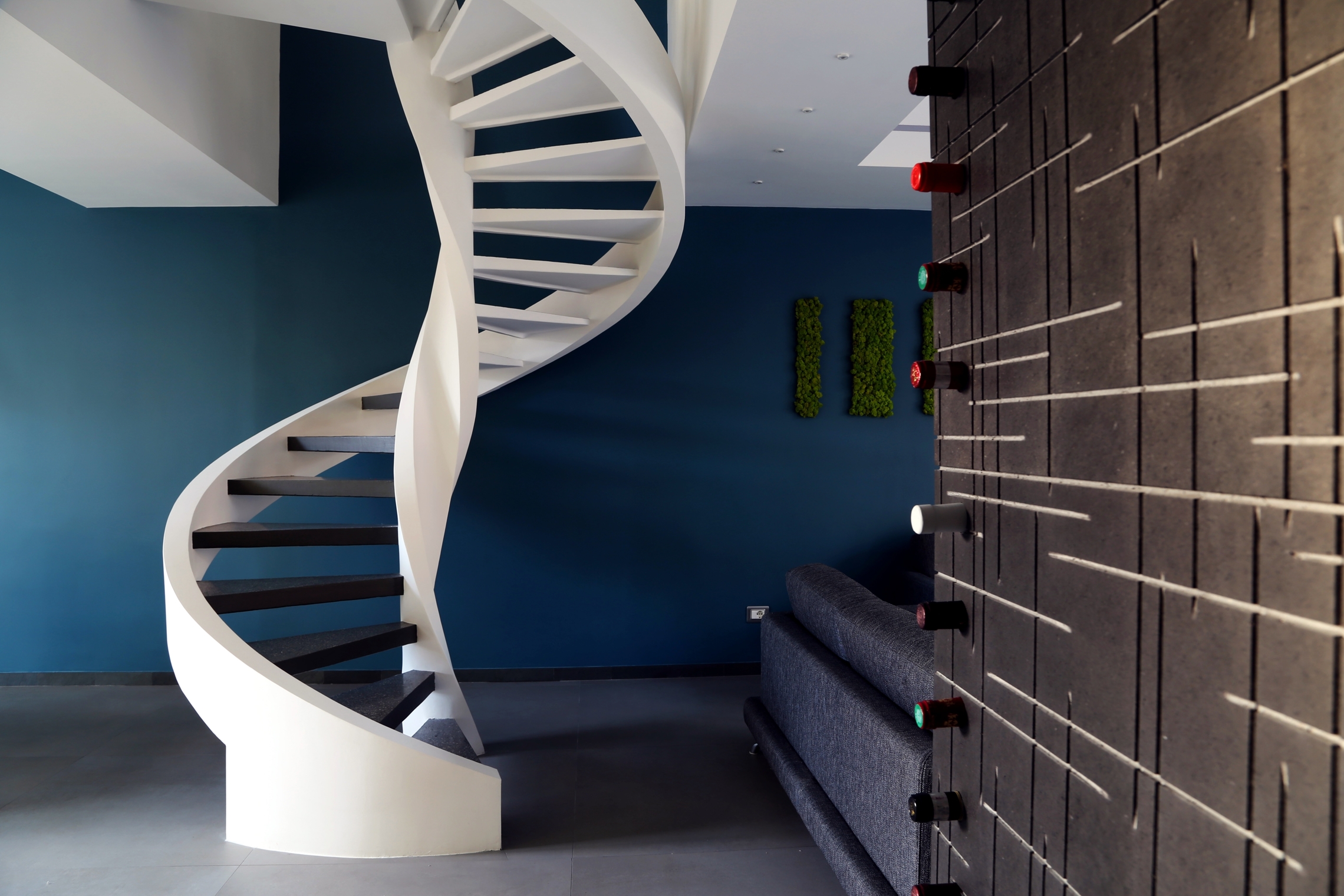 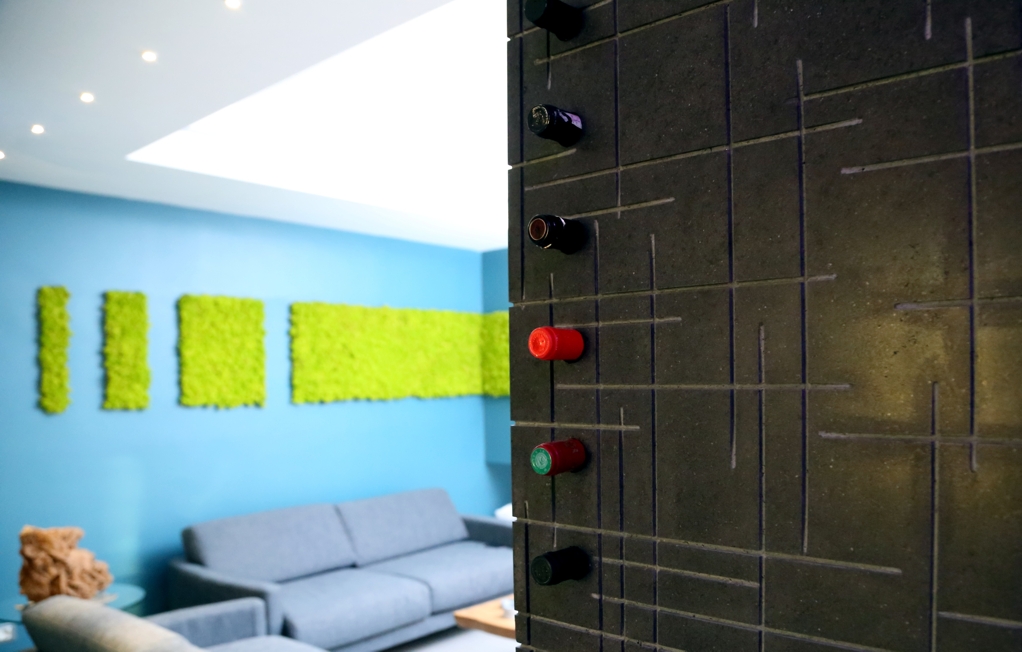 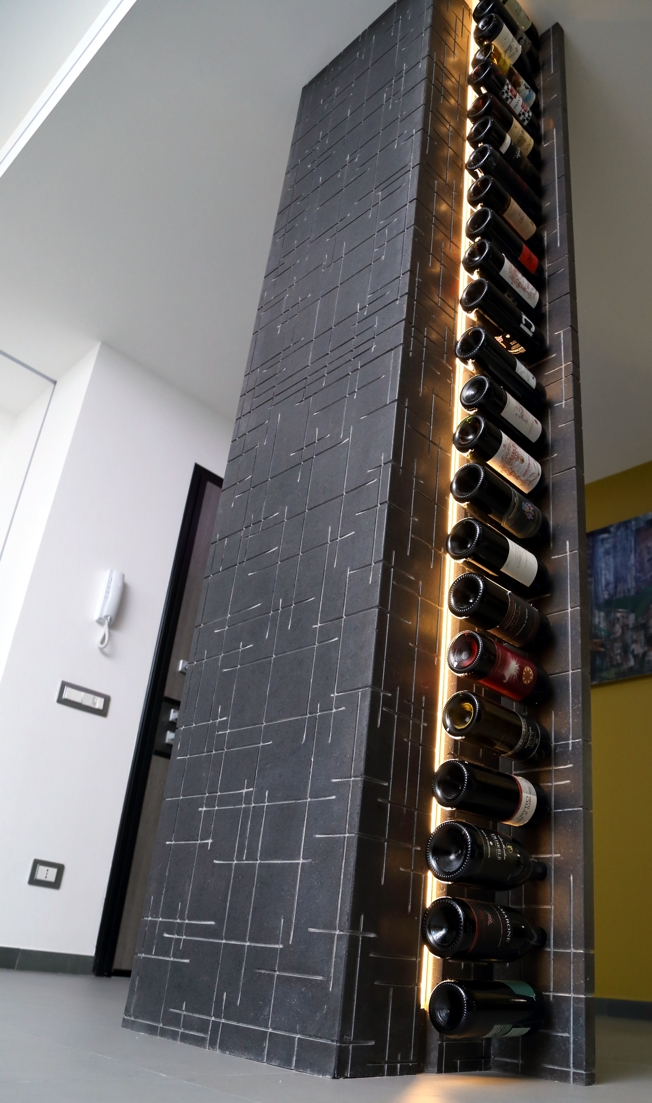 Column bottle lava of Vesuvius stone, carved by the designer. 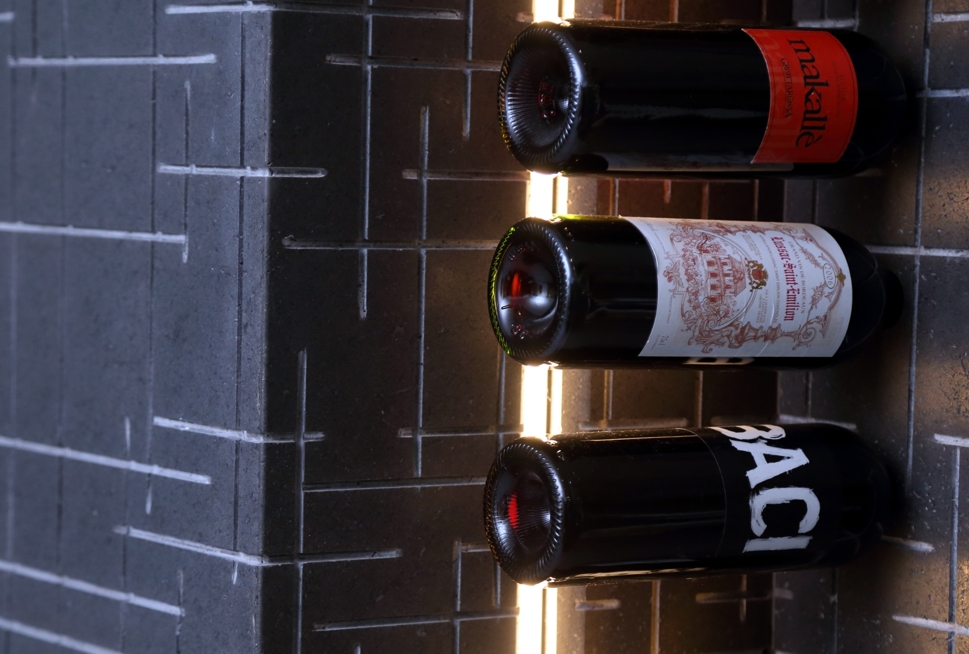 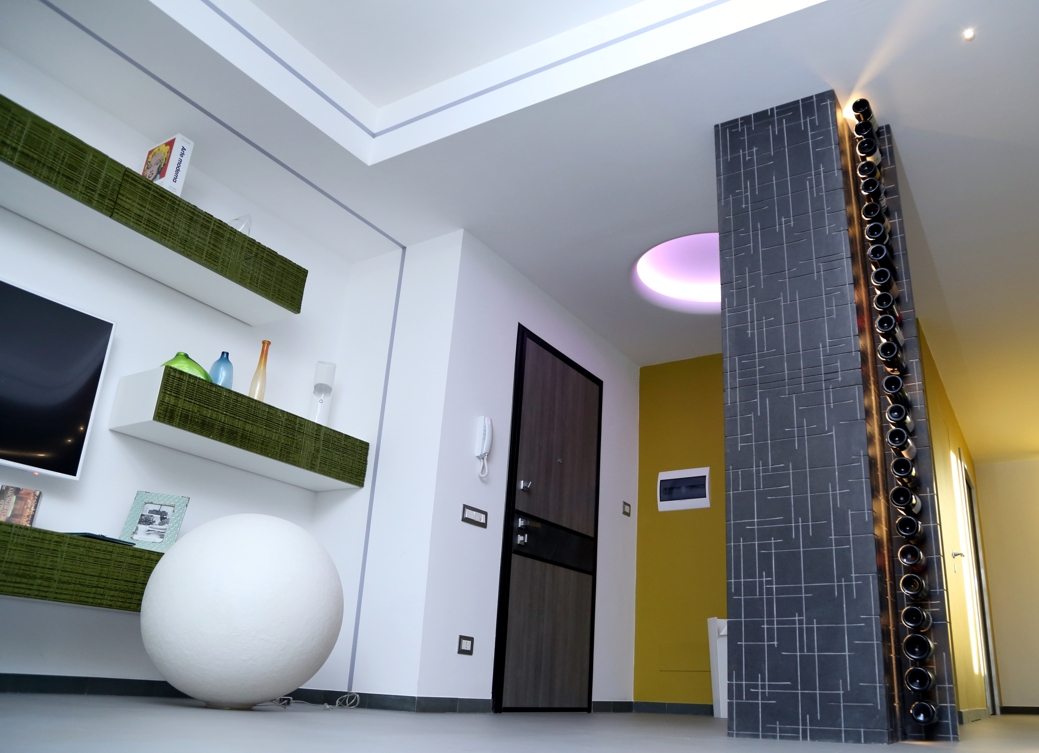 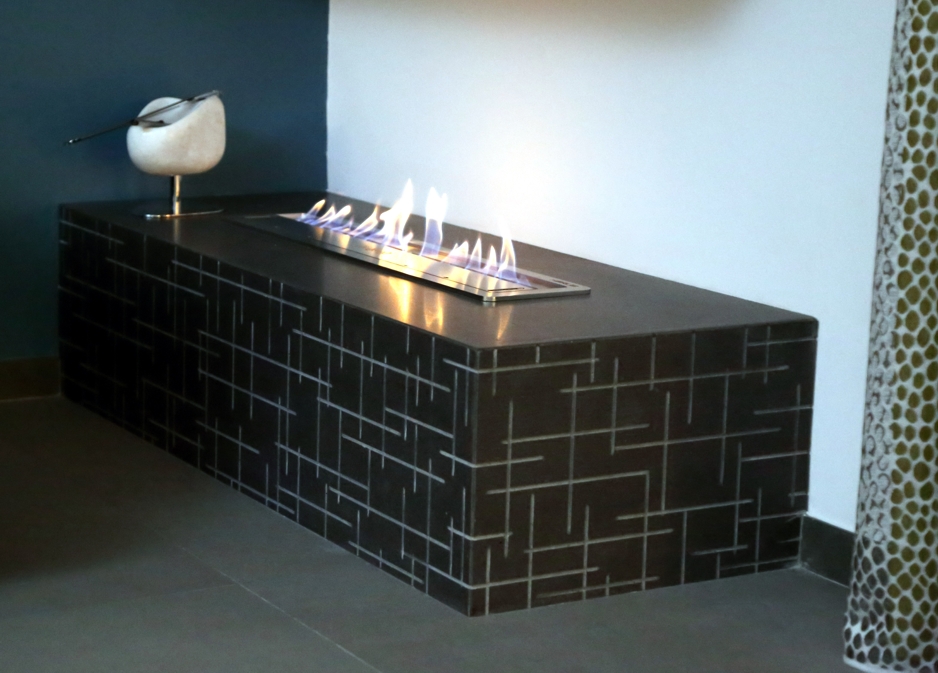 Bio fireplace in the lava of Vesuvius stone, carved by the designer. 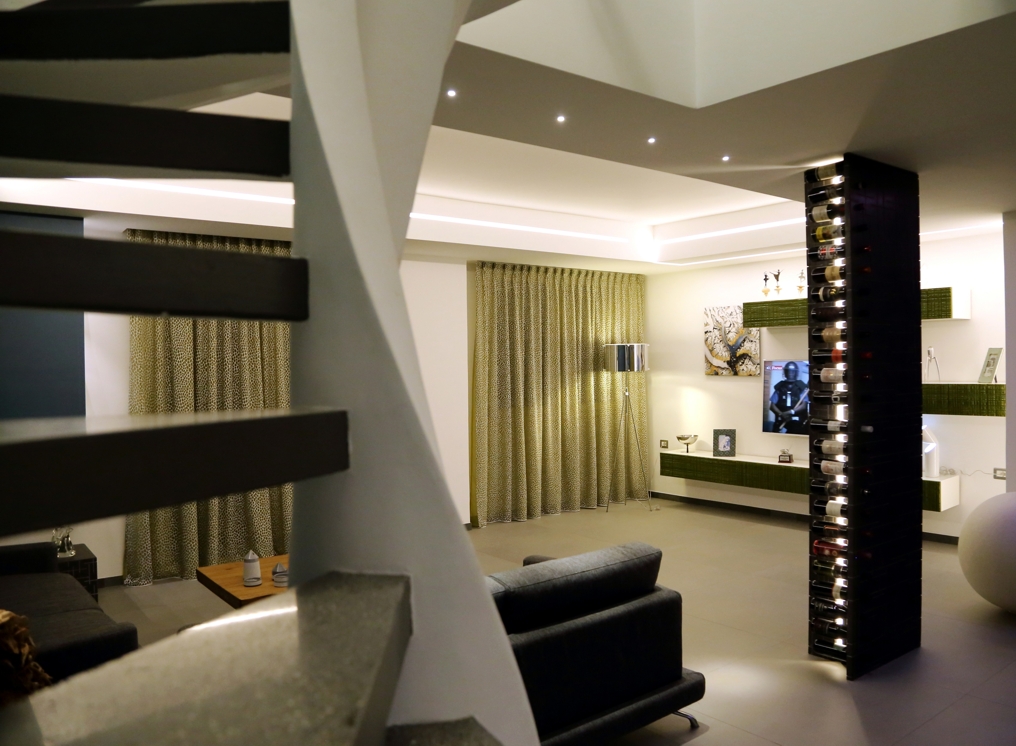 Details of containers for the living, made from lacquered boards gap in green to resume the opposite wall in moss tile. 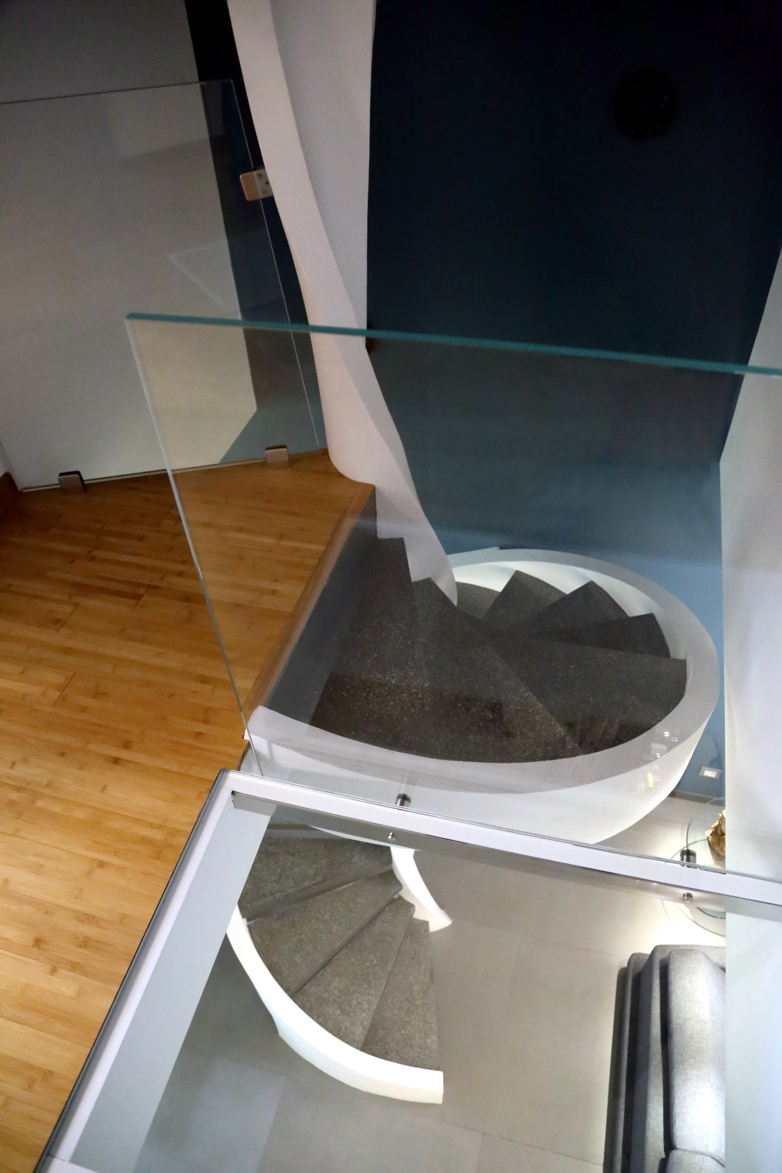 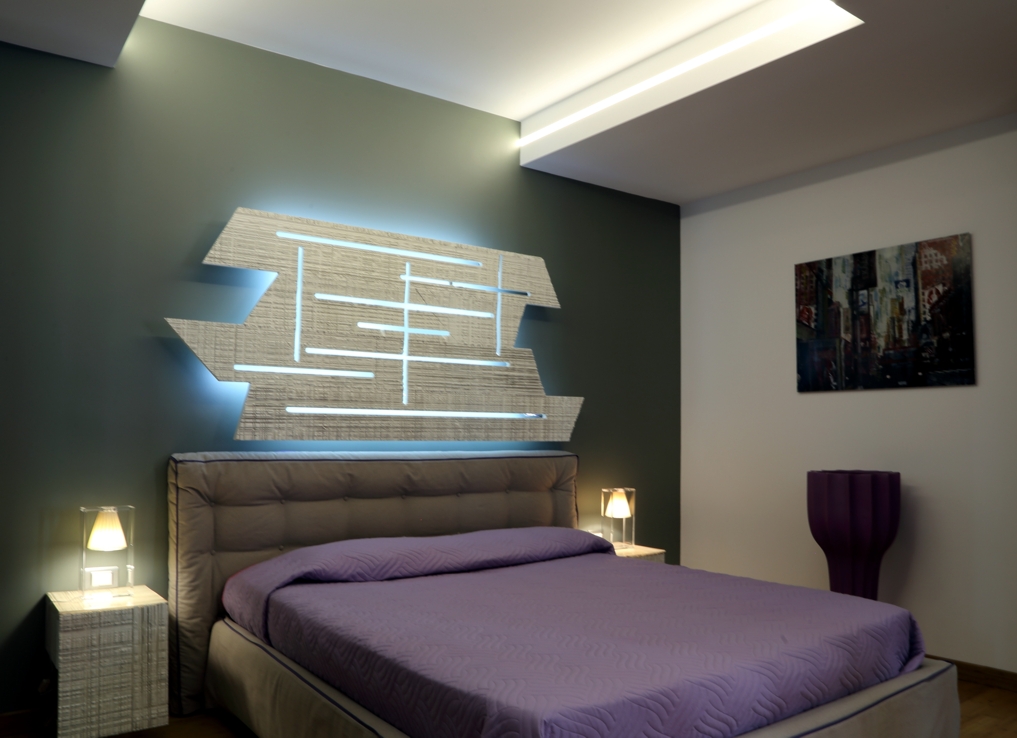 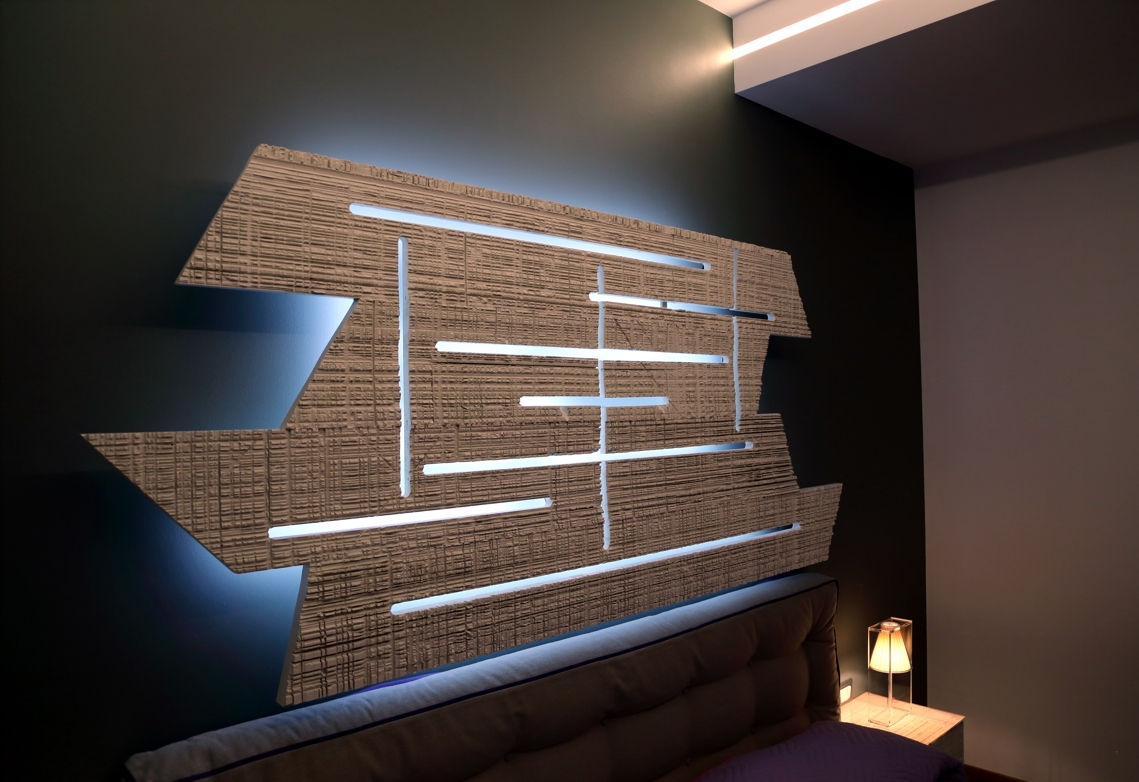 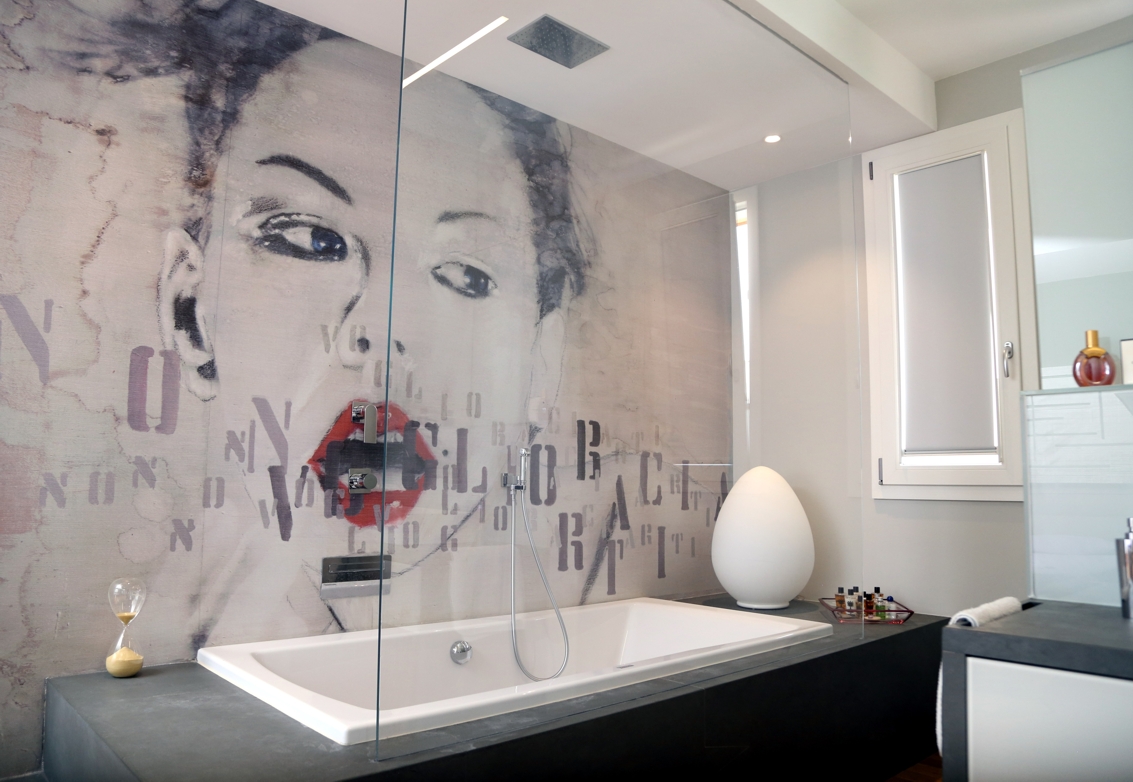 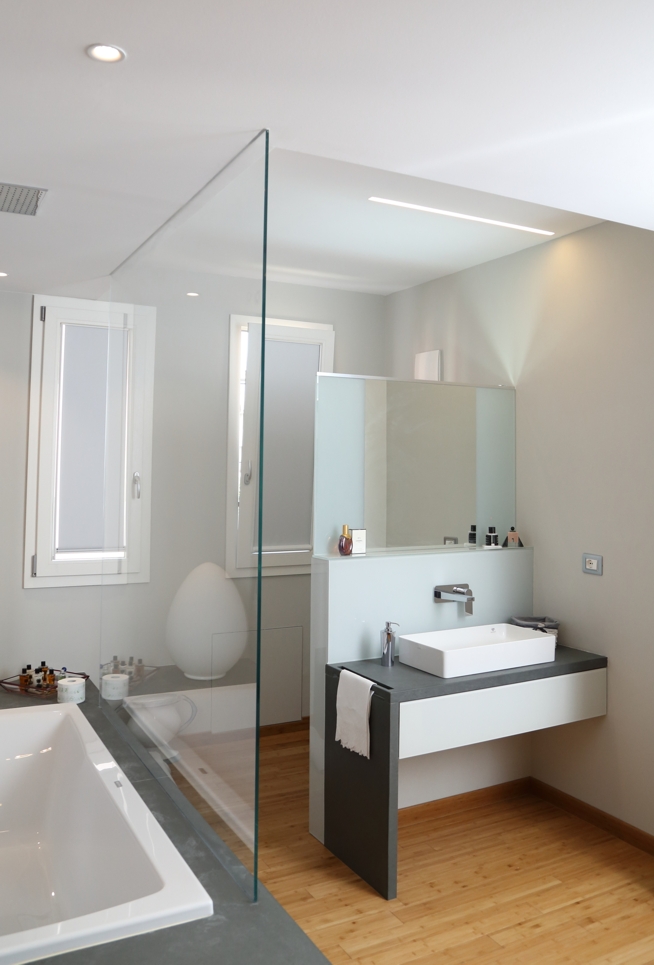 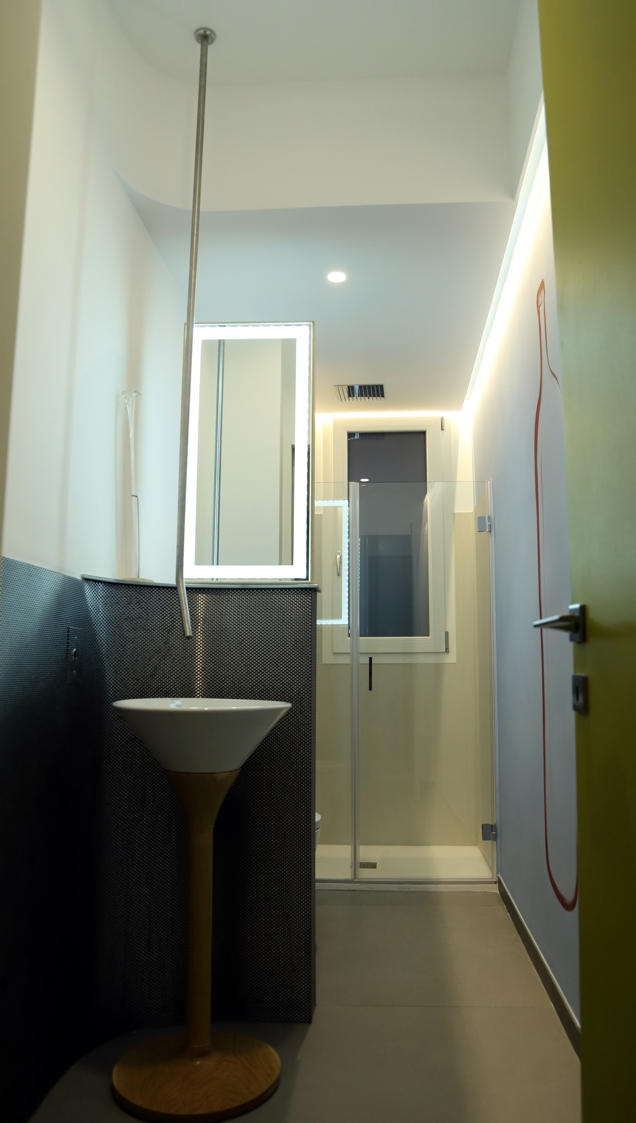 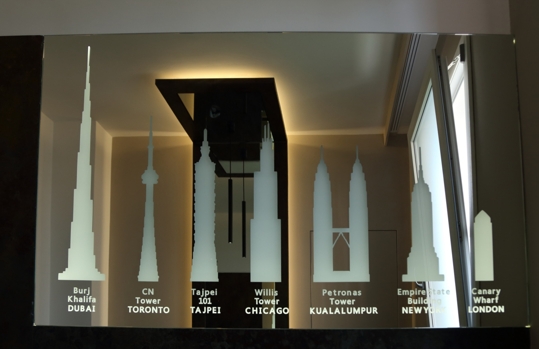 Sandblasted and back-lit mirror depicting the highest skyscrapers in the world. 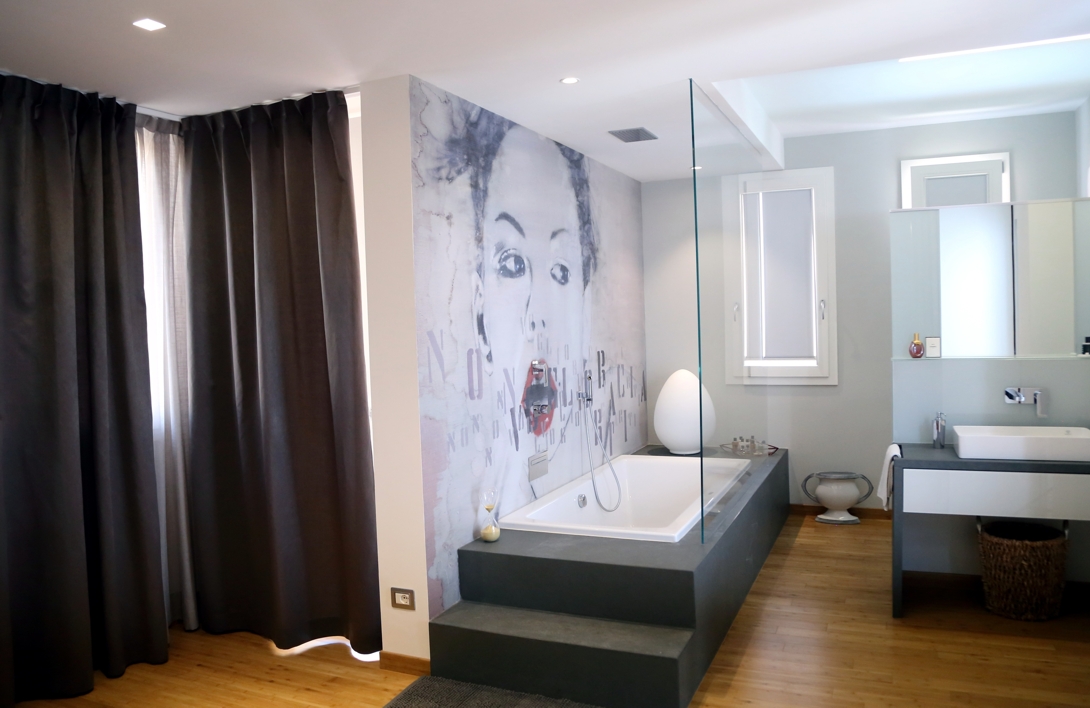 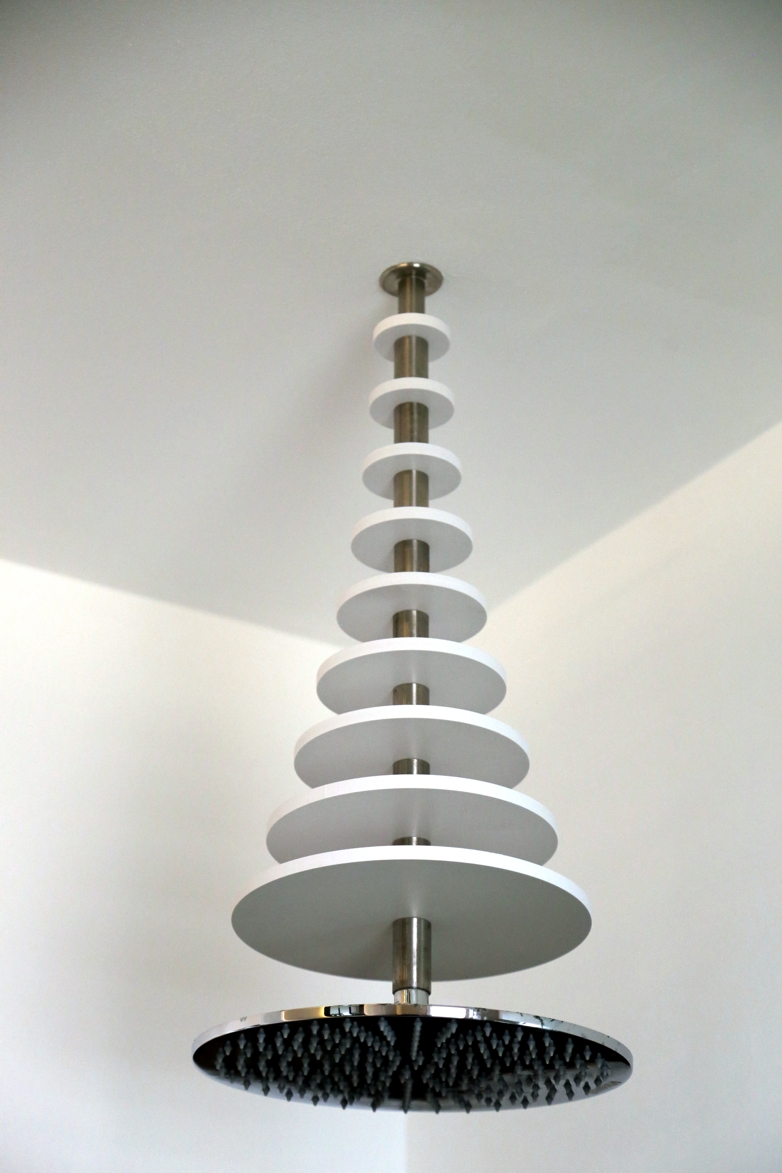 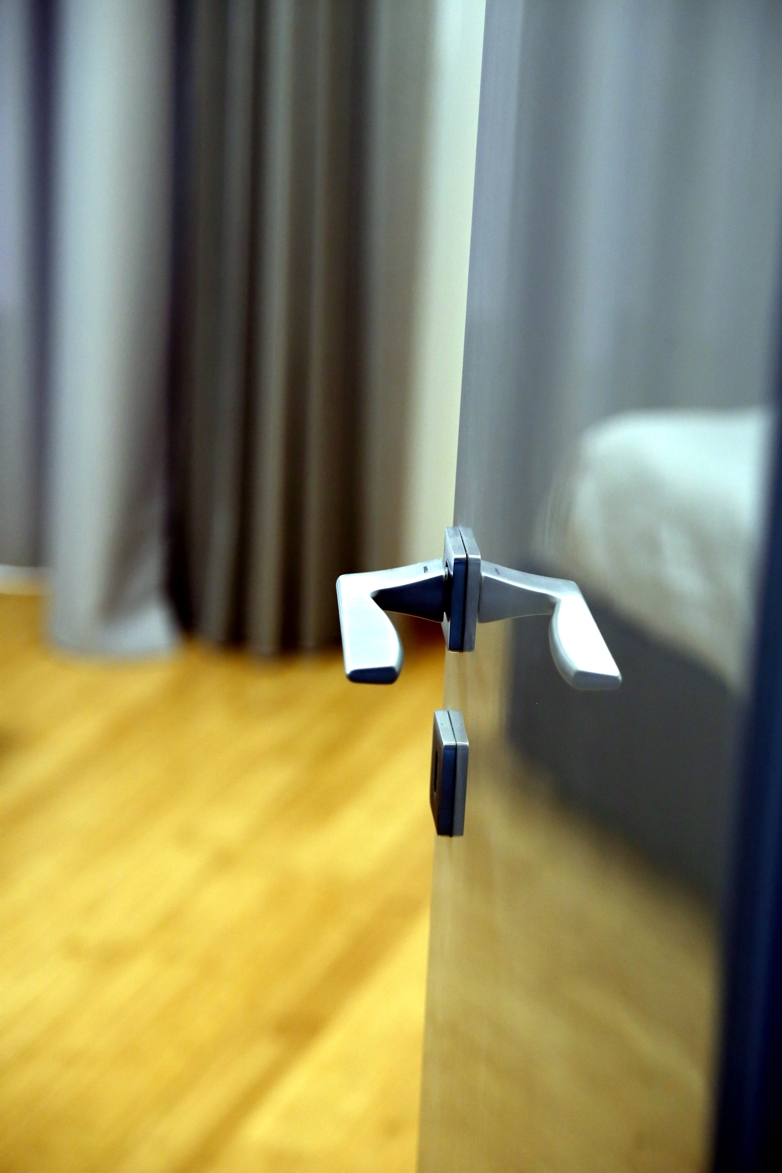 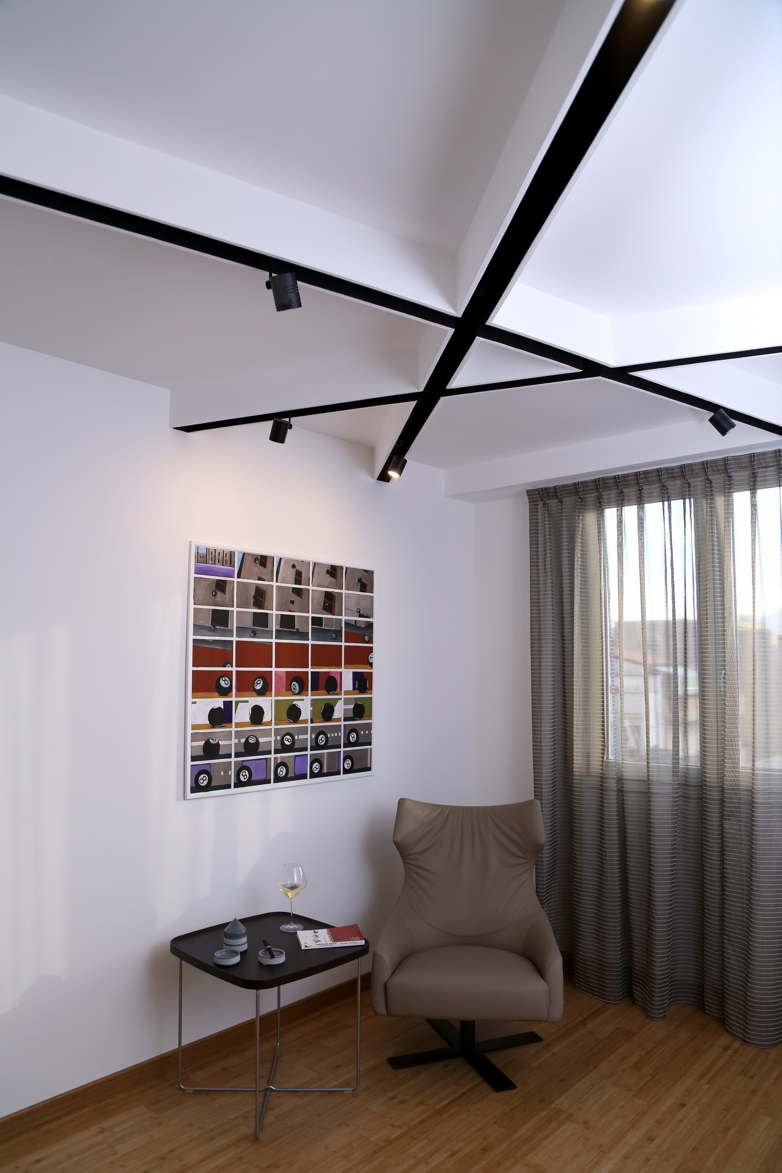 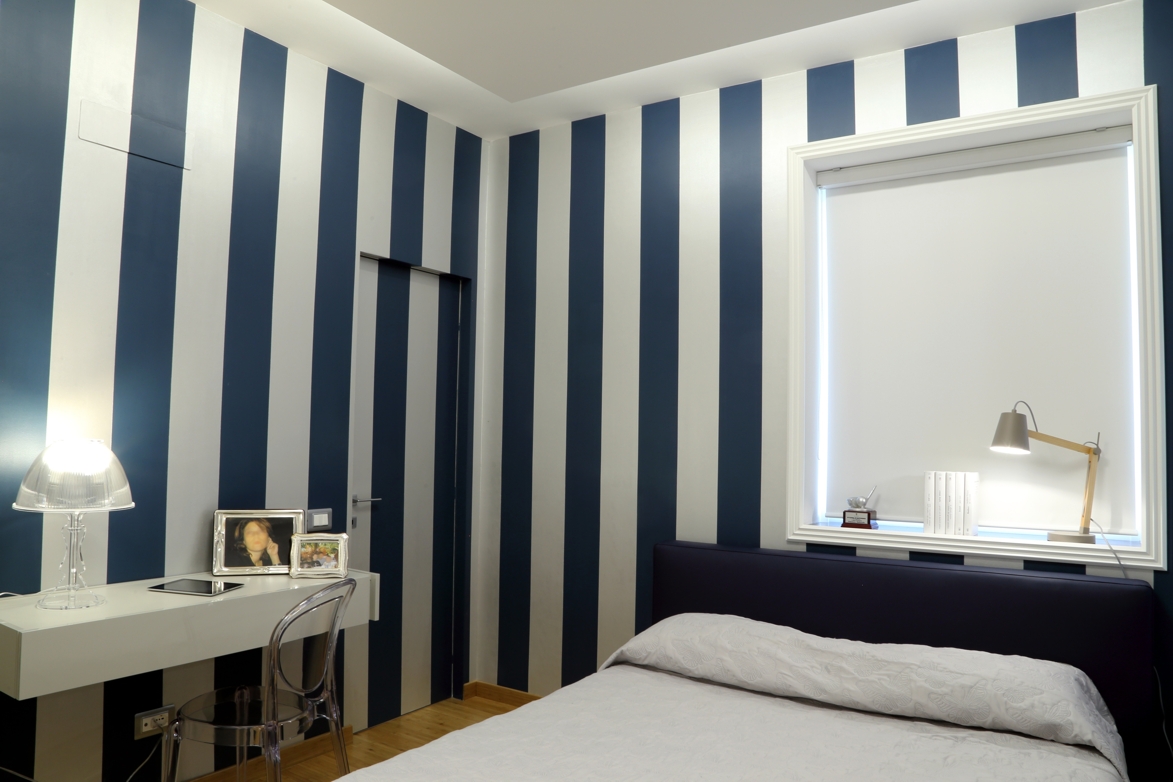 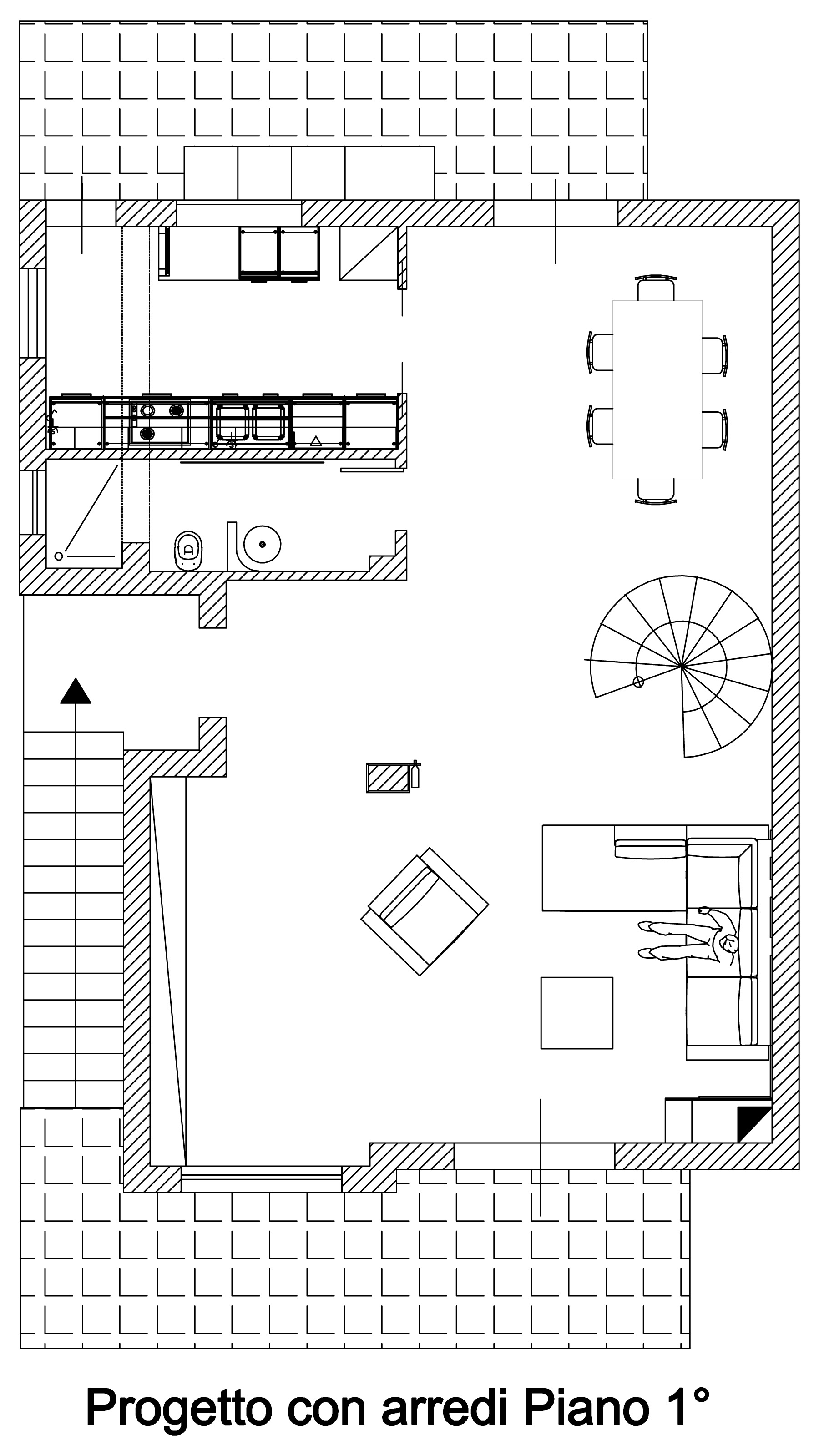 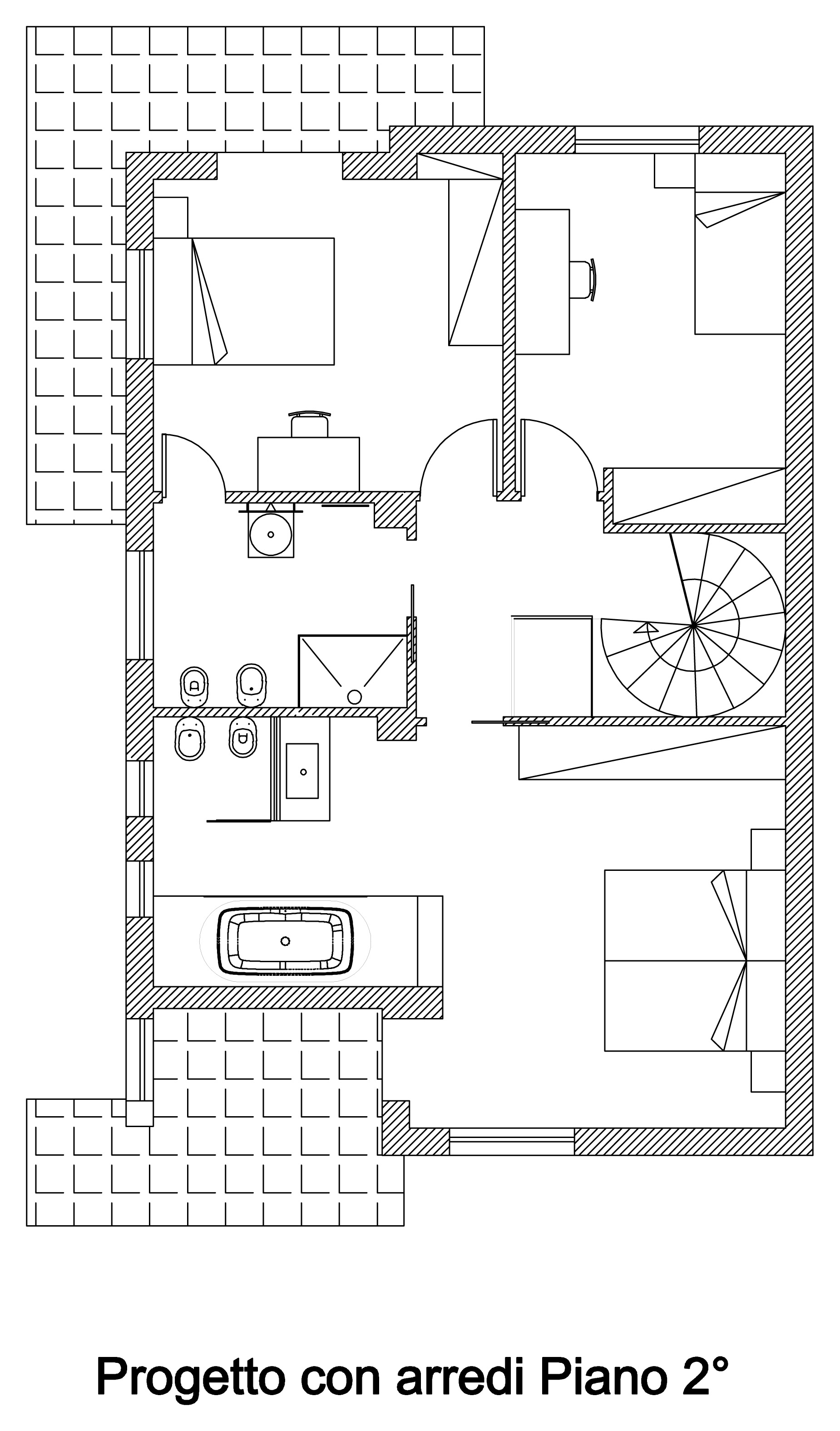 Companies that have collaborated:

View all articles by Pierfrancesco Arnone