Rosario's house: "the true soul of a lawyer", an apartment in the heart of Rome designed by Maurizio Giovannoni it has been modified: 2015-07-22 di Benedict Flowers

The theme of this apartment in the heart of Rome, designed by Maurizio Giovannoni, is yellow like the color of the sun and the earth of which the owner is a native, Sorrento.

This colorful project is located in the heart of Rome, and is entitled "The true spirit of a lawyer." Its owner is a single man, Rosario, a lawyer, who often dressing for work suits, felt the need of a home which opposed relaxing the rigor of his profession, a place to spend time with
friends, where people can be themselves without their work roles.

The project reflects the philosophy of '' hometelling "where all the details of the apartment are connected to the history of which the house is the result. The theme of the house is yellow, reminiscent of the sunny days of his own childhood in southern Italy, Sorrento, which is the object of his longing in the bustling city of Rome.

The design of the house is unique, has a strong artistic flair because of the gifts and contributions of various artists. On one wall of the living room there is a cactus portable, made of iron, a gift from a designerarchitect Marco Ferranti. The magnificent library, made of iron and wood, stretching from floor to ceiling and is a commissioned work by a Taiwanese
group of architects (Ganna Studio). The style of the house was assisted by architect Rosa Topputo visible in one of the photos. 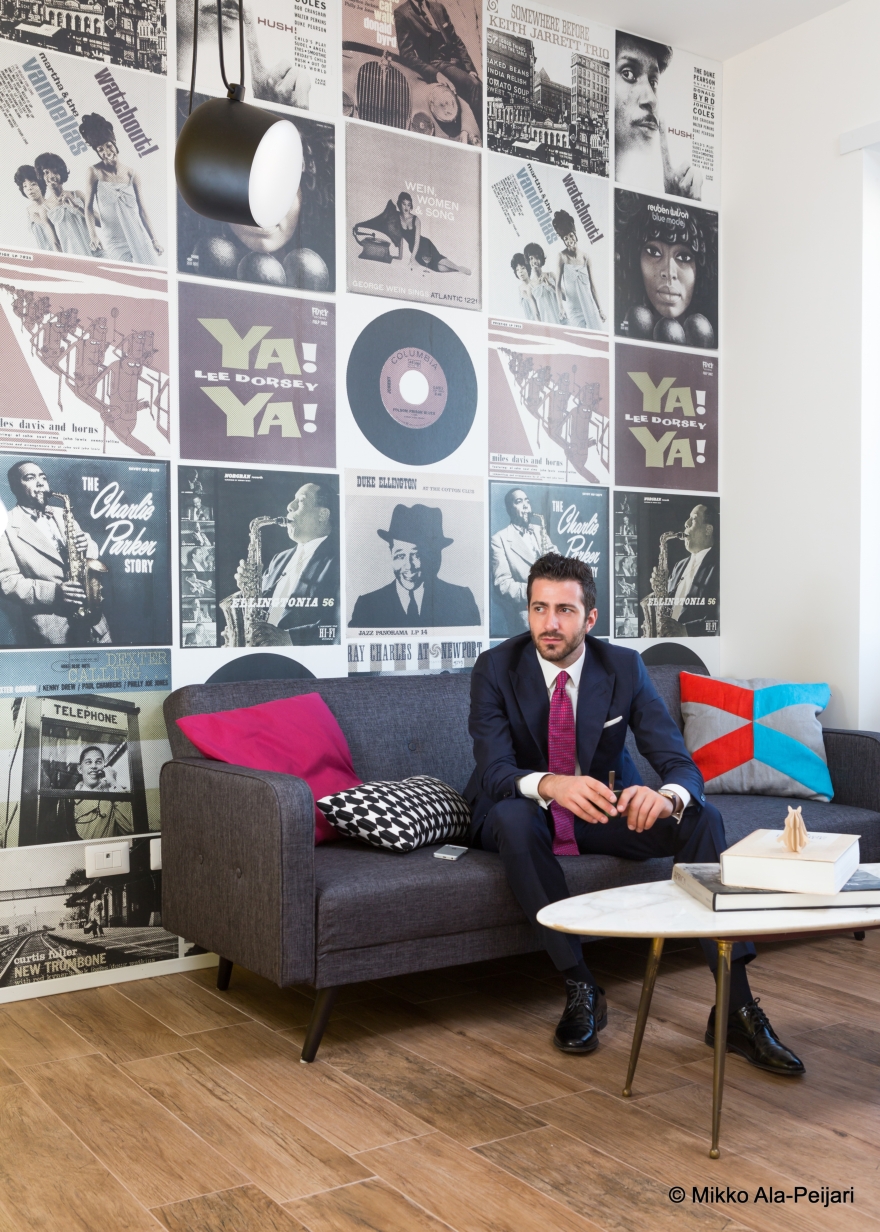 The first image of the house is the impressive backdrop of Perswall, representing the legends of jazz, people who have had the courage to be themselves and create wonderful things from their inner feelings. The first point of view is always important, is the view that a visitor sees upon entering the apartment, is like a chapter in a novel or the first chord of a song opening, it gives the idea of ​​all from one page. The living room encourages people to play with their identities, to also show their hidden sides. It is reminiscent of a film set because of Flos lamps, reminiscent of the spotlight.

While the living room is impressive and powerful, the kitchen is deliberately more modest and minimalist, mostly white with some joyful yellow details. The composition of the candelabra above the kitchen table comes from the collection of Danish Menu Pov.

The house is quite small, it is not an obstacle but a challenge for a designer. The apartment has a large terrace overlooking the city of Rome, we are at 7 floor, the floor of the house and the terrace are of the same material to create the effect of a continuous space. The climate of Rome is great to be out for most of the year, then the house is pretty much bigger than other 25 sqm.

When the renovation started, the apartment was full of interior walls, which were removed to promote the brightness of the rooms, so a large open space was created. This idea has also been extended to the bedroom, which is combined with the living room via an open shelving. 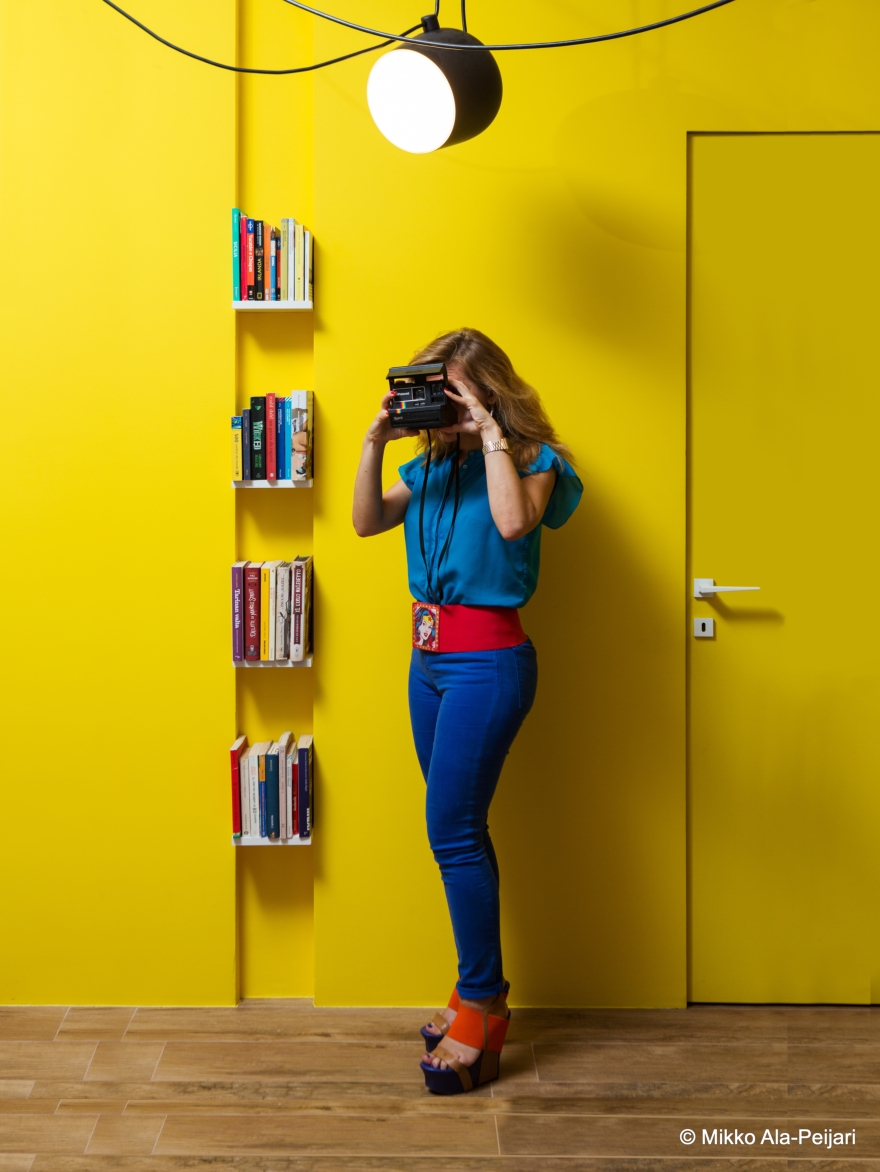 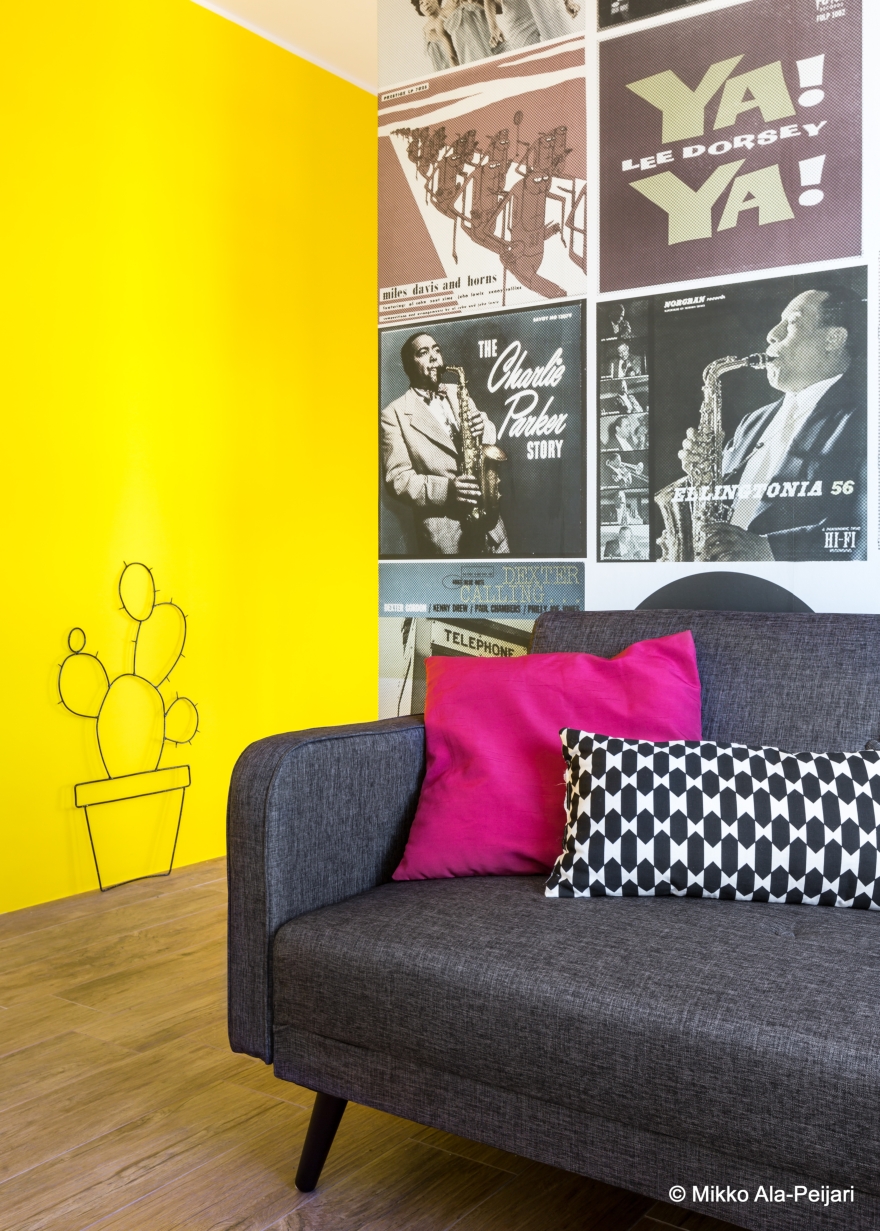 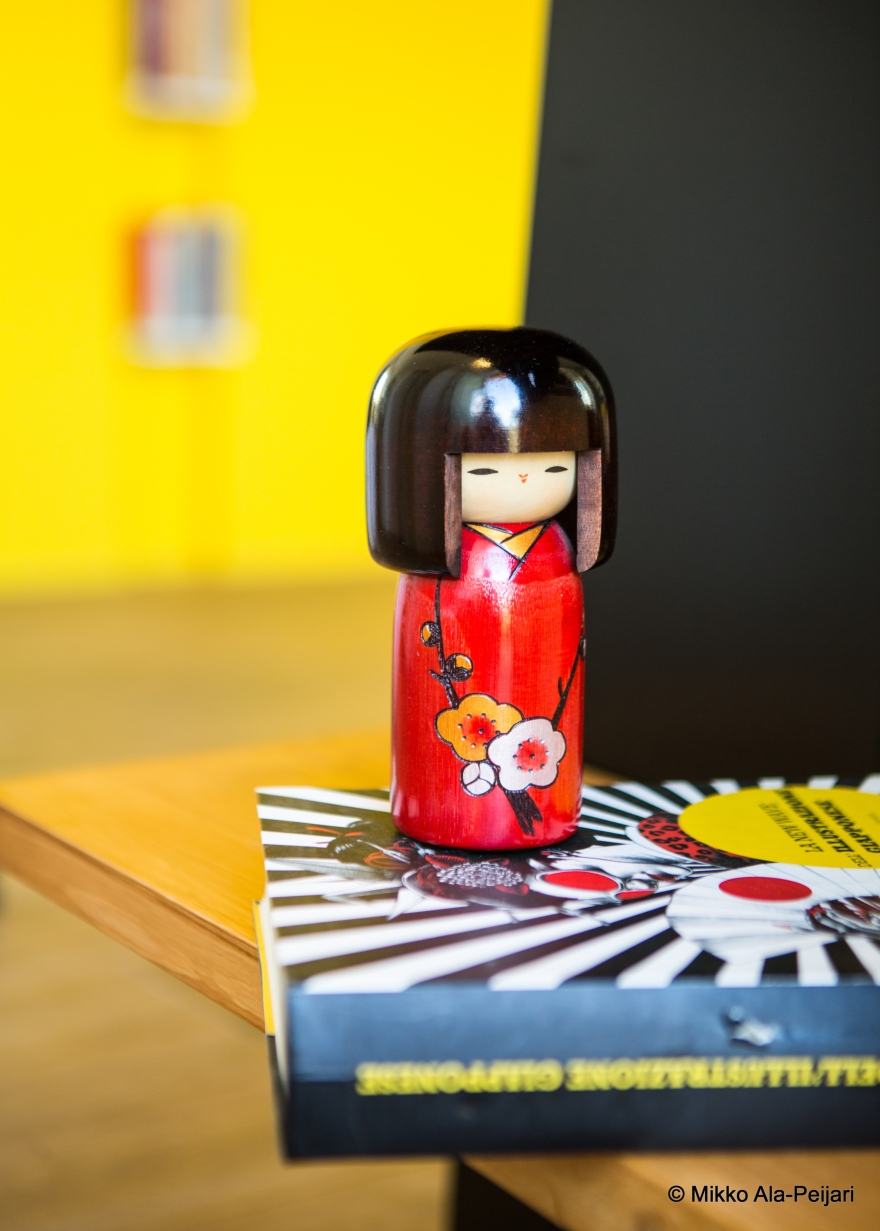 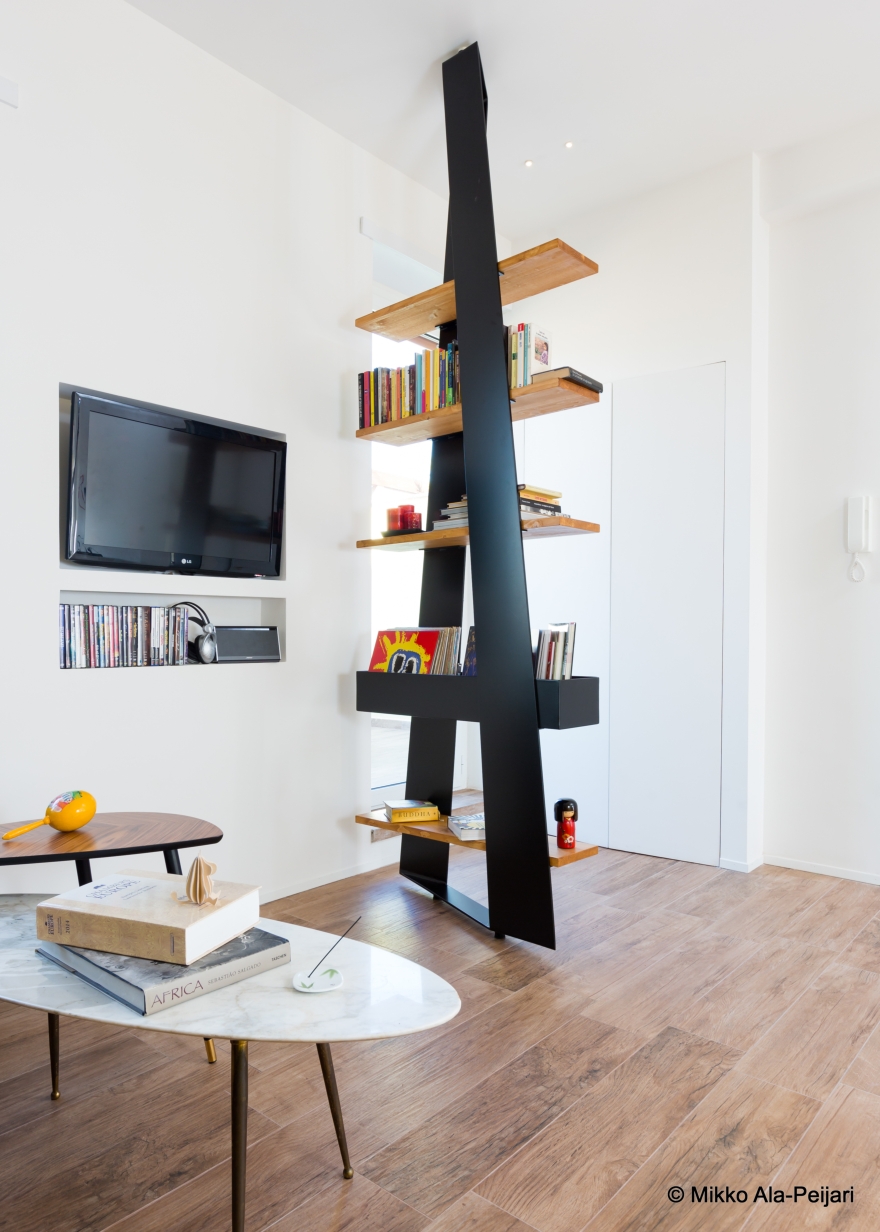 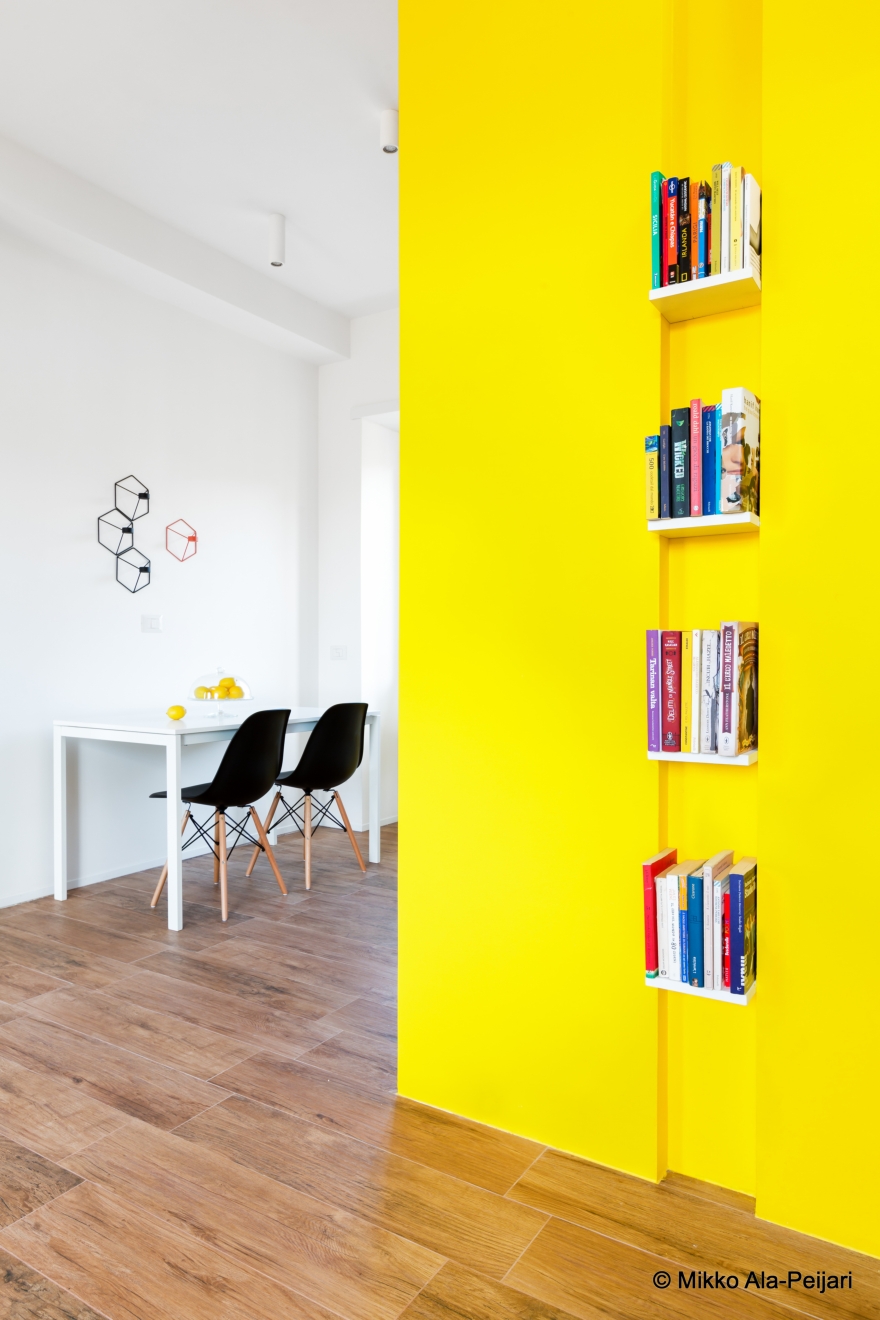 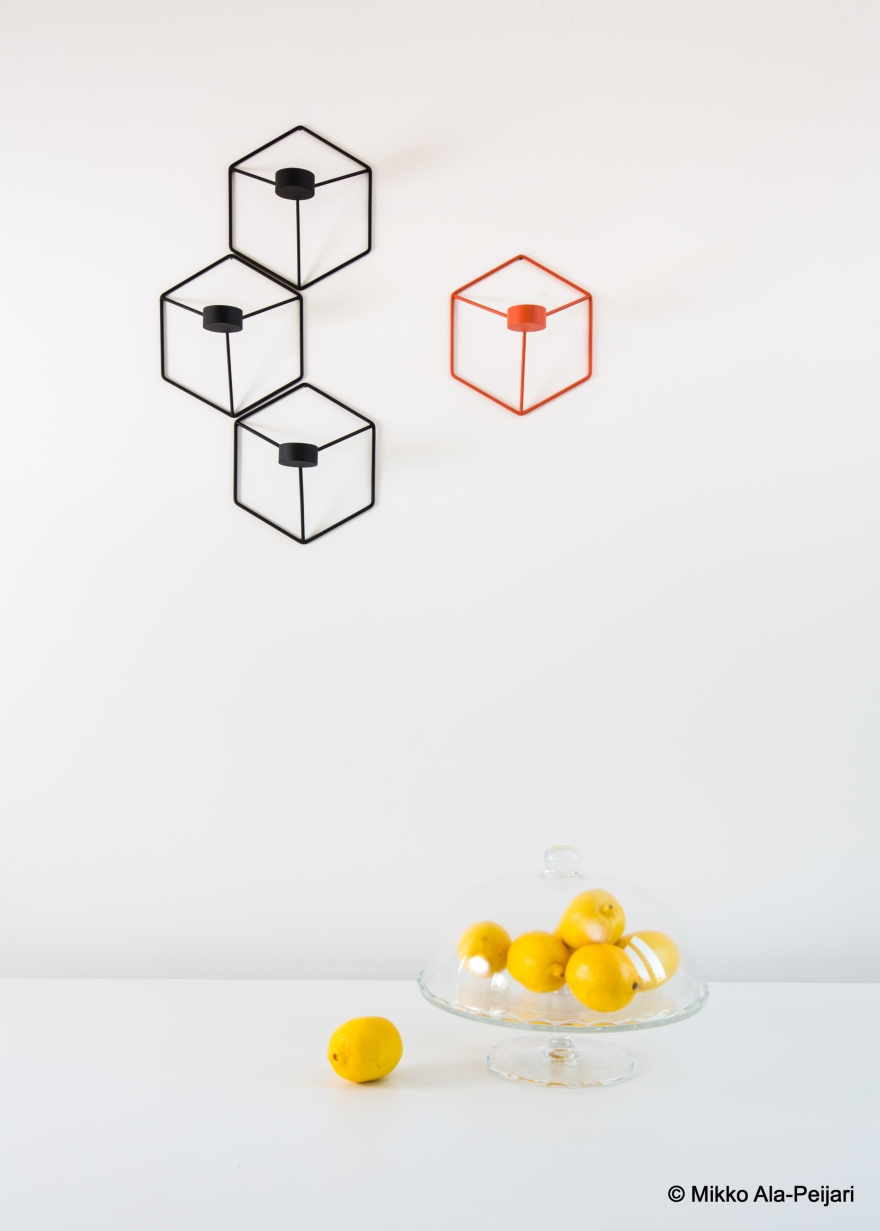 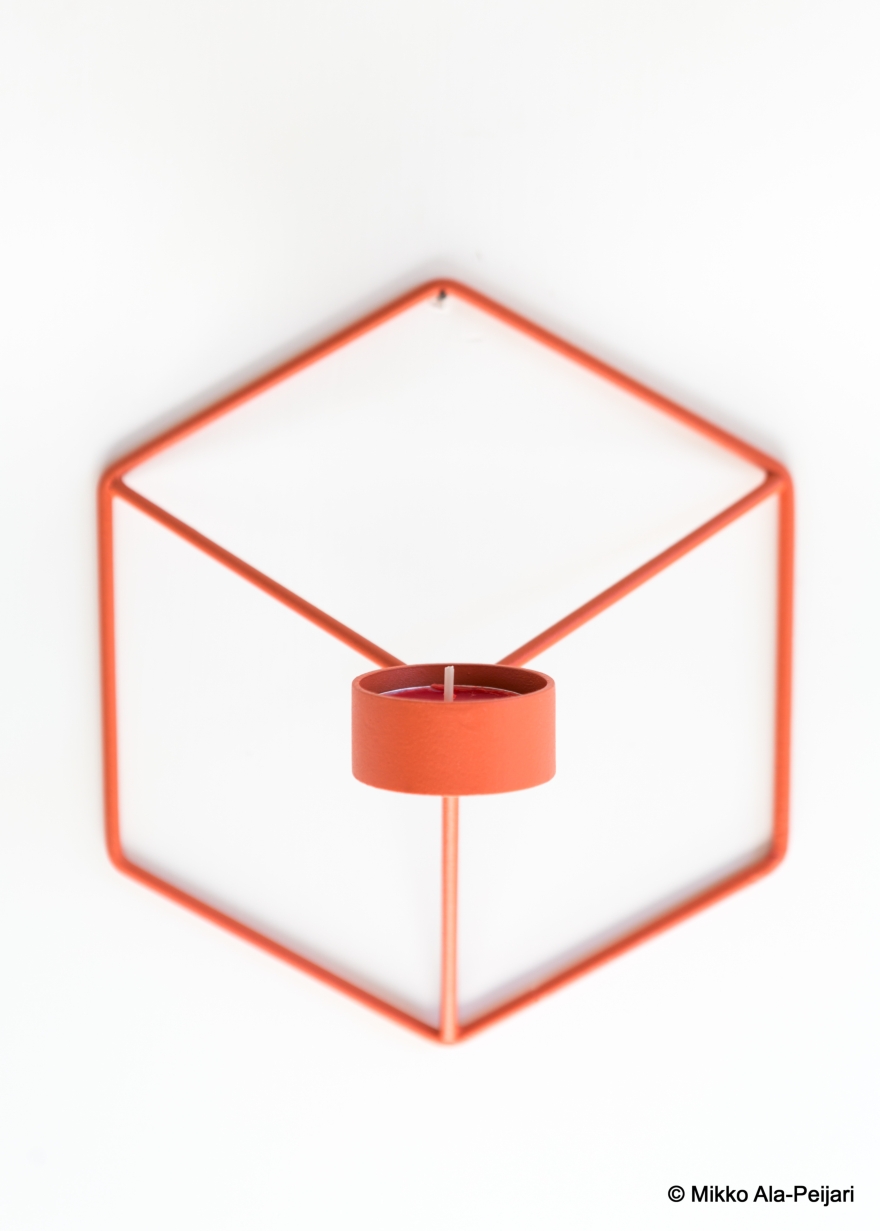 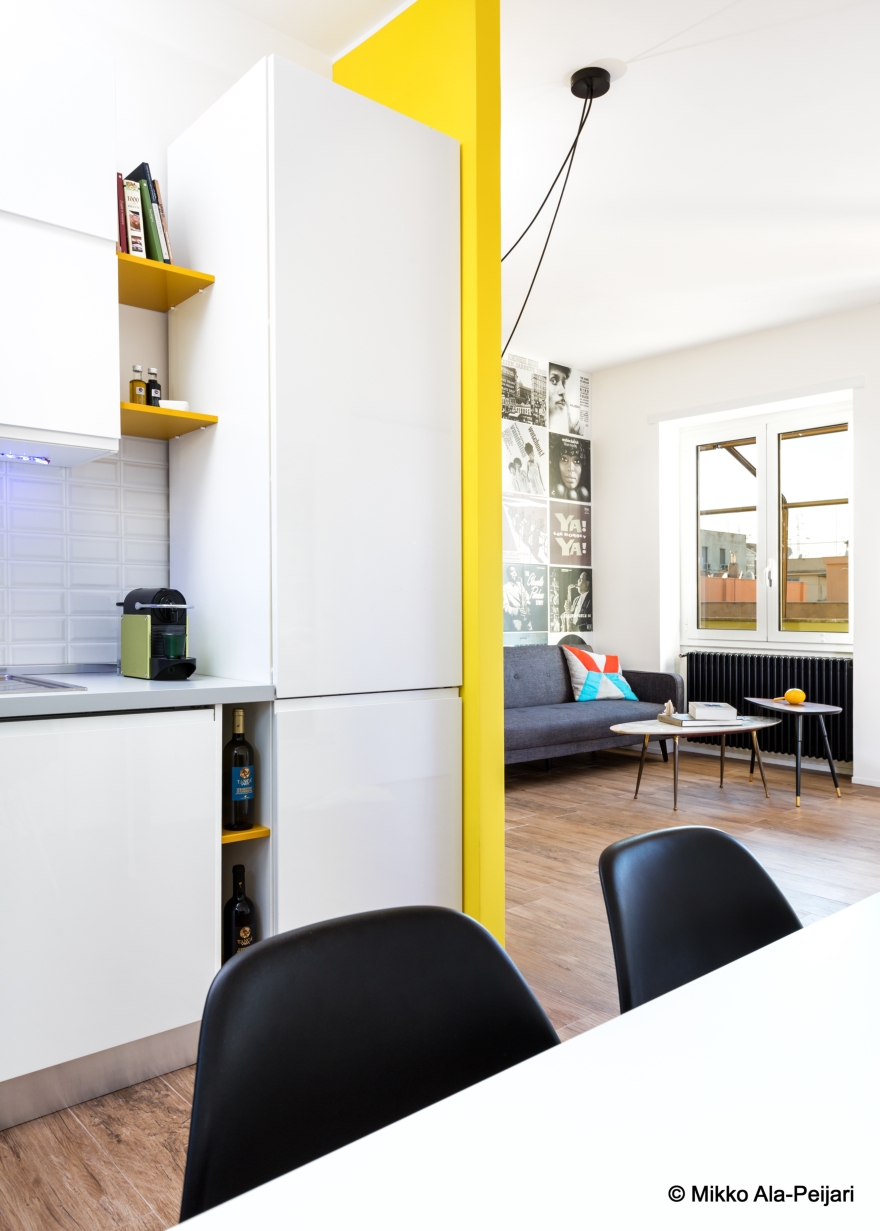 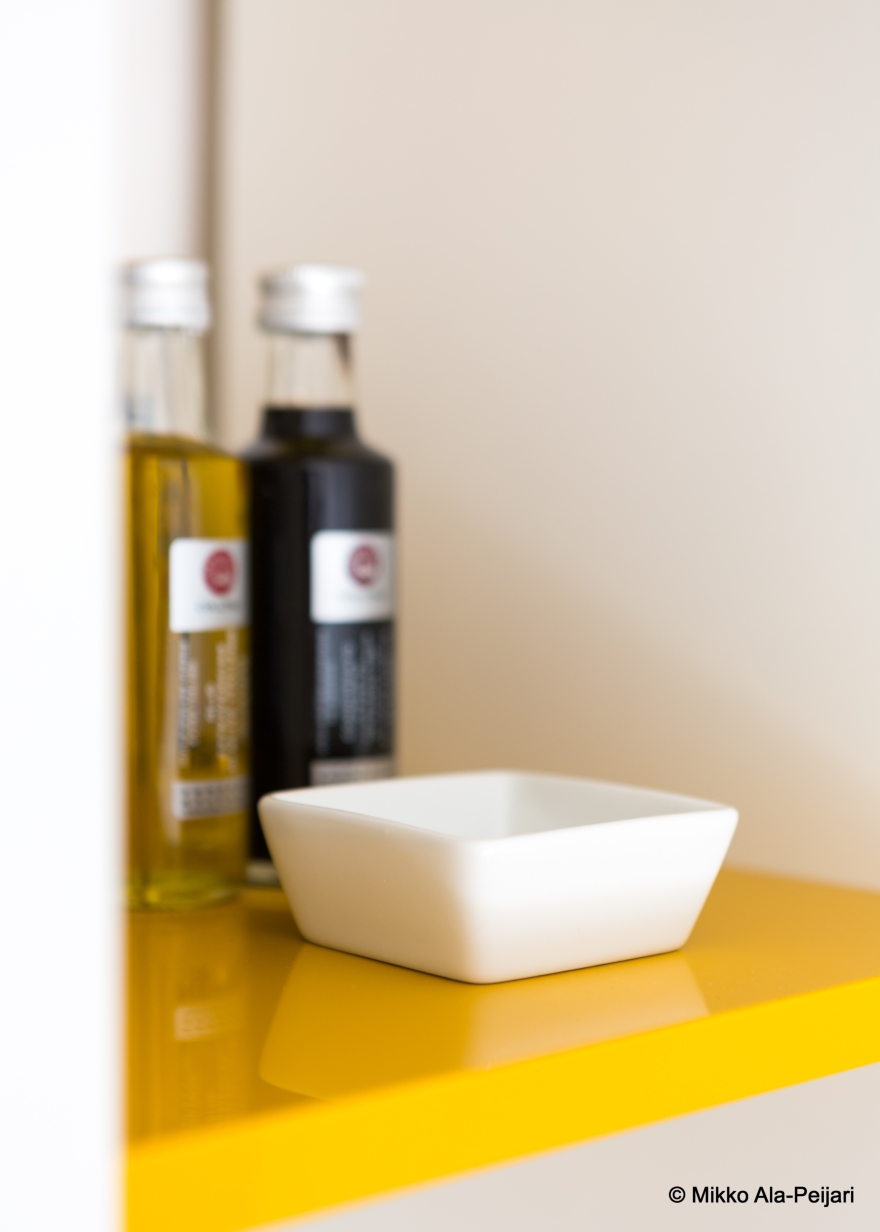 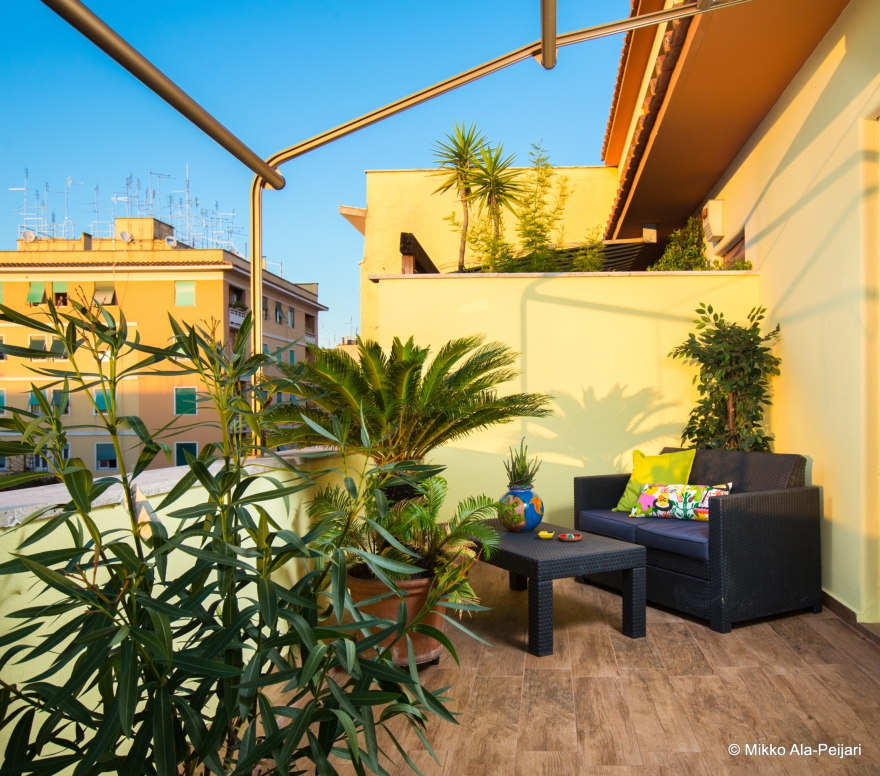 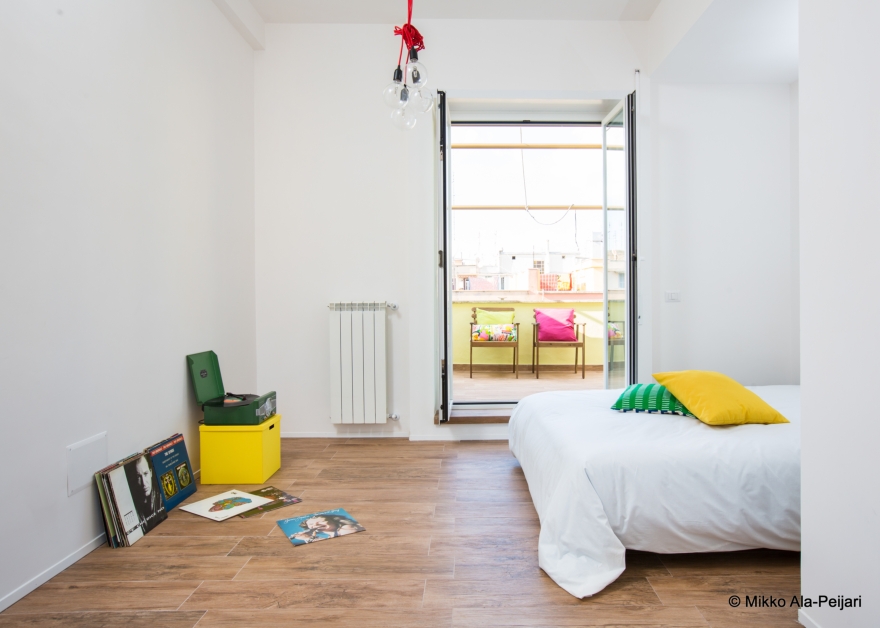 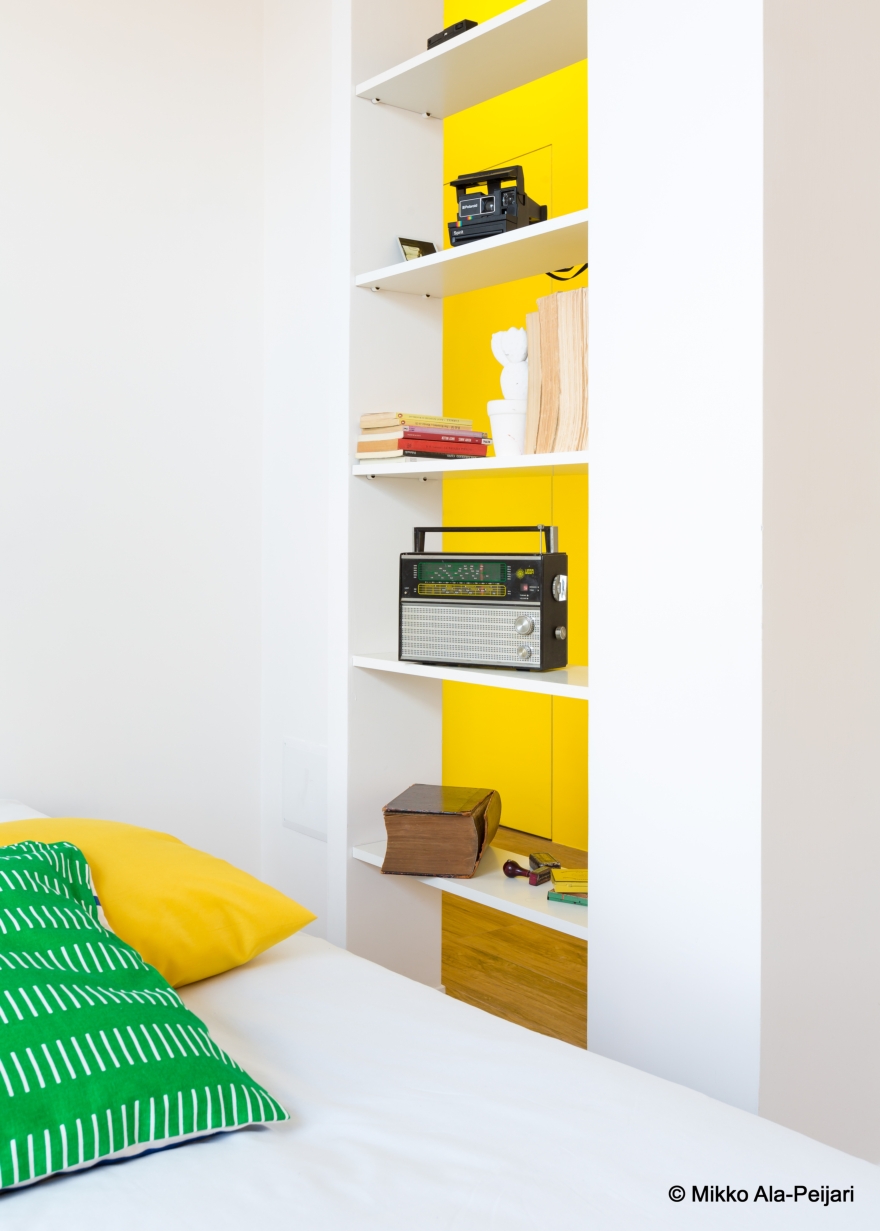 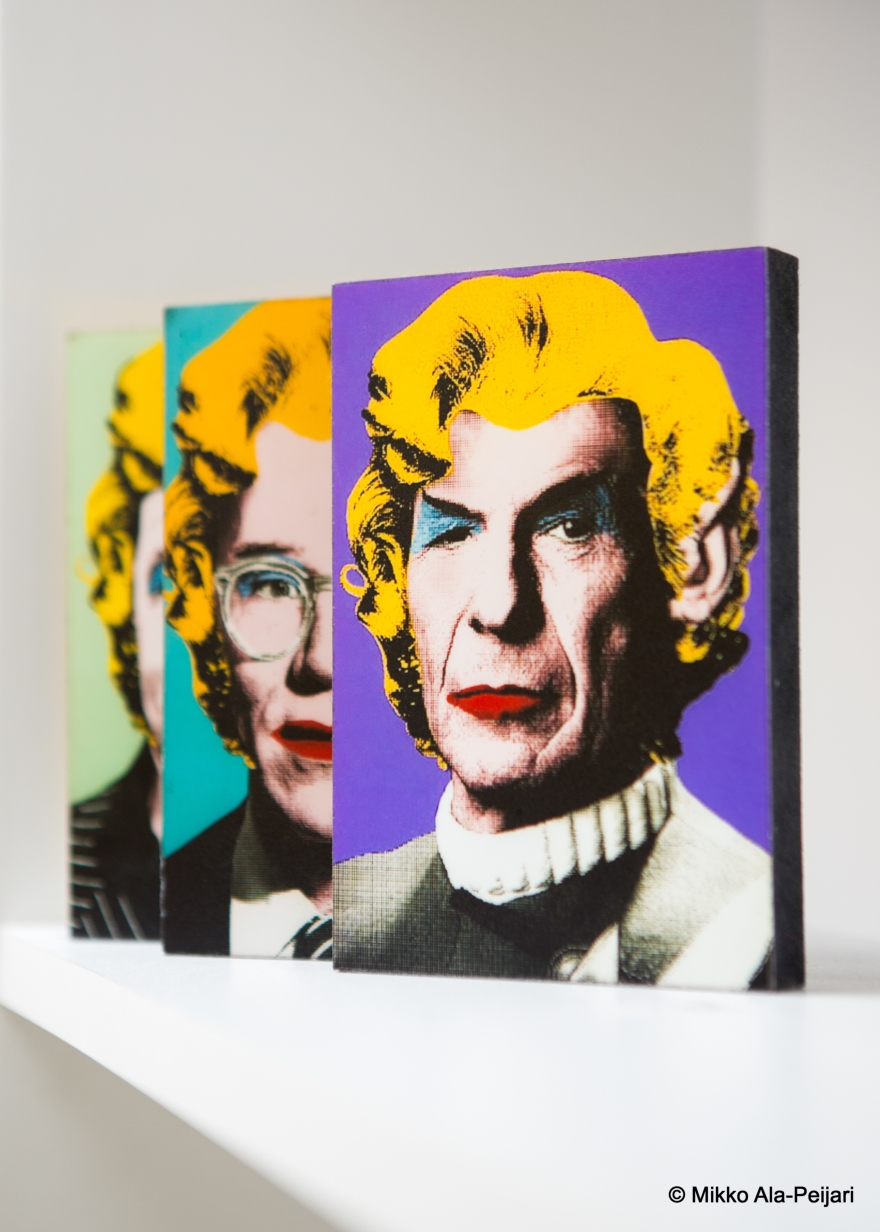