Bistro Node, a bistro Japanese style by Prism Design it has been modified: 2015-02-04 di Benedict Flowers

The bistro Node designed by Prism Design is located in the Japanese city of Omiya in Saitama, where there are monuments like Hikawa-jinja and Bonsai-cho.

The eastern district has always been one of the busiest and most popular of Omiya, Saitama; It is full of subcultures with old buildings, cafes, restaurants. South Ginza Street has traditionally been an area full of shops open-front, but nowadays people are requiring more privacy and exclusivity. 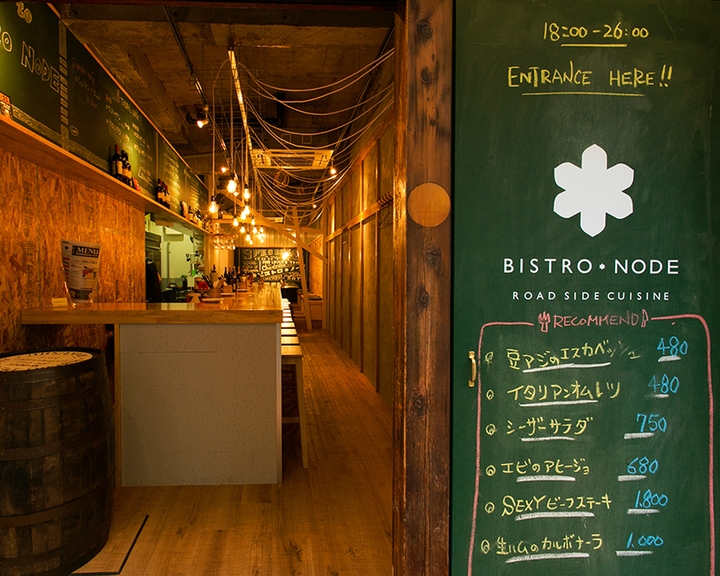 The Bistro_NODE is a hidden gem that aims to set the standard in these new trends. The concept of the project is the "knot" seen as a link between people, between the old and the new, the food and hospitality. 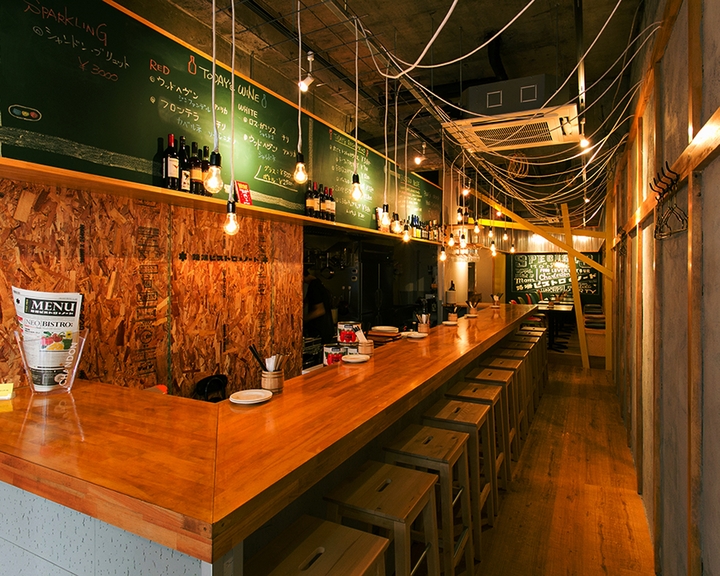 NODE Bistro is located on the first floor of a building of 40. Mixing a bit 'of old and new, PRISM design has kept the original concrete walls, the old wooden pier and the doors opened and the space to let in the sunlight coming from the alley trying to make the local hot and welcoming.

The board placed above the bar area, where it is shown the menu of the day, it becomes a tool of communication with customers. 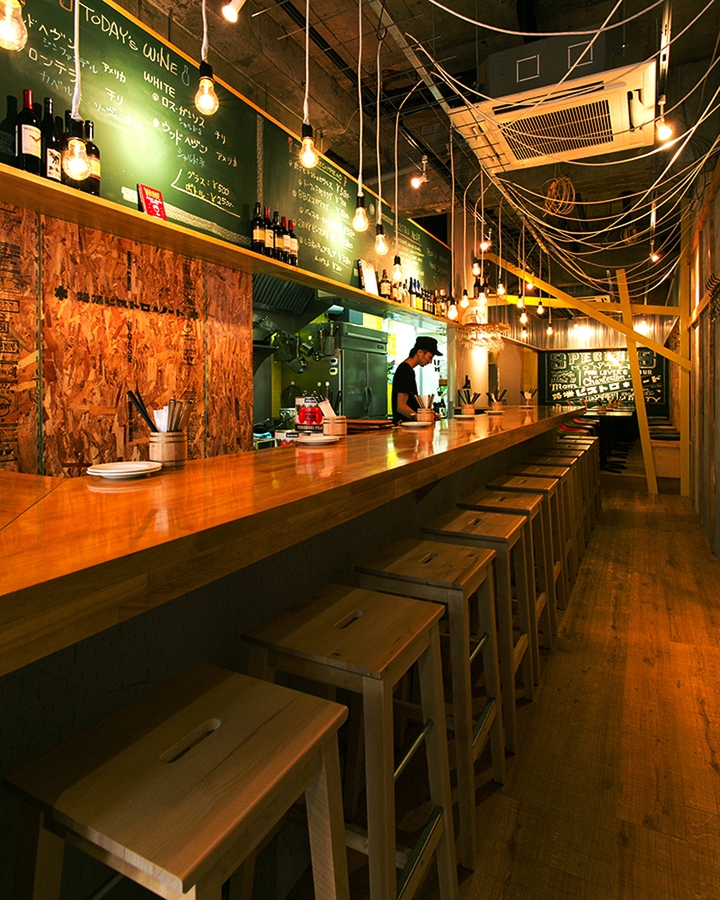 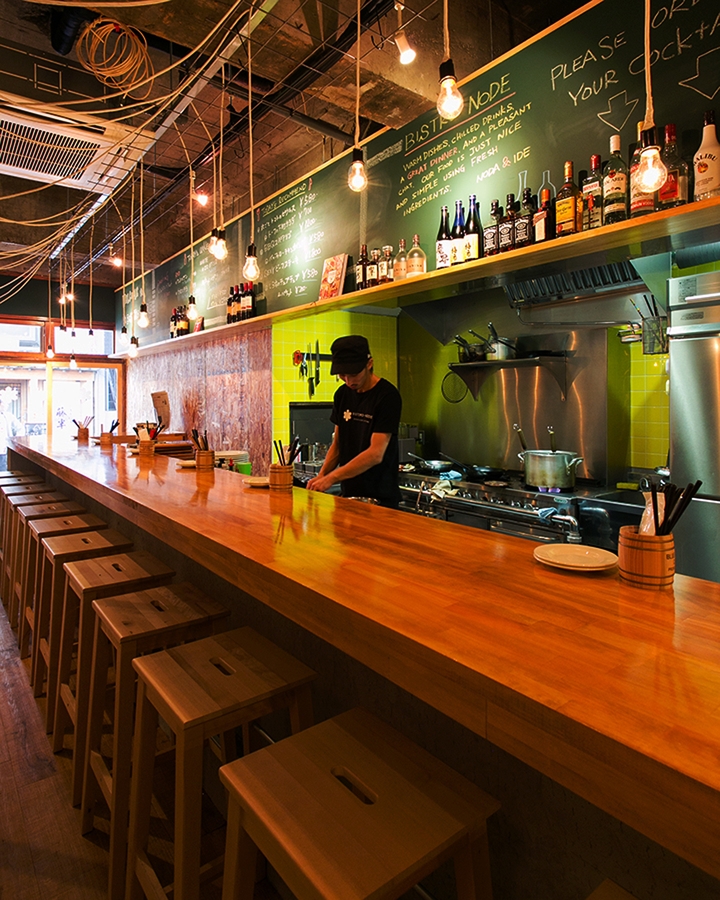 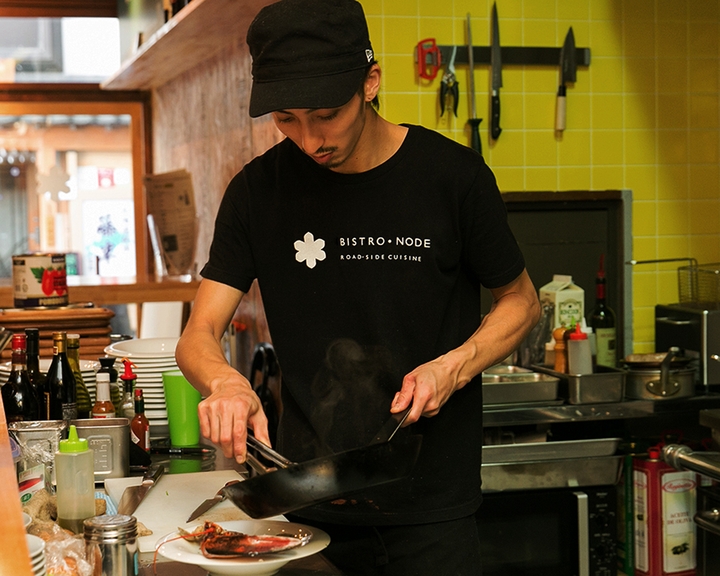 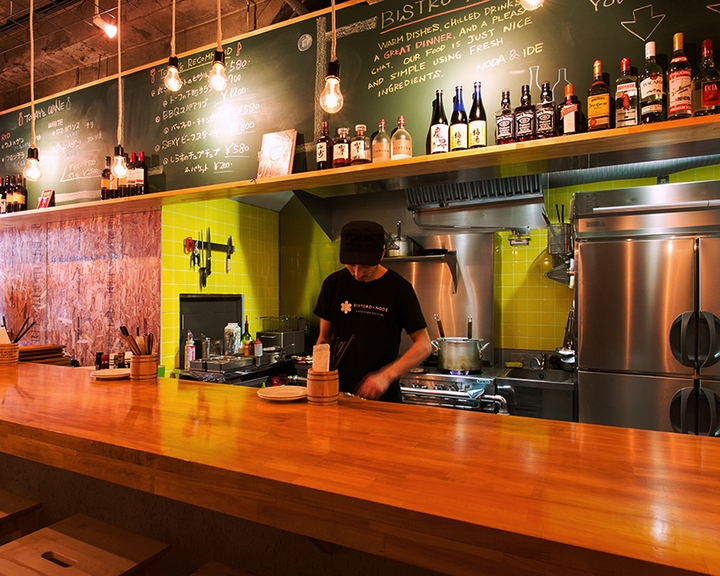 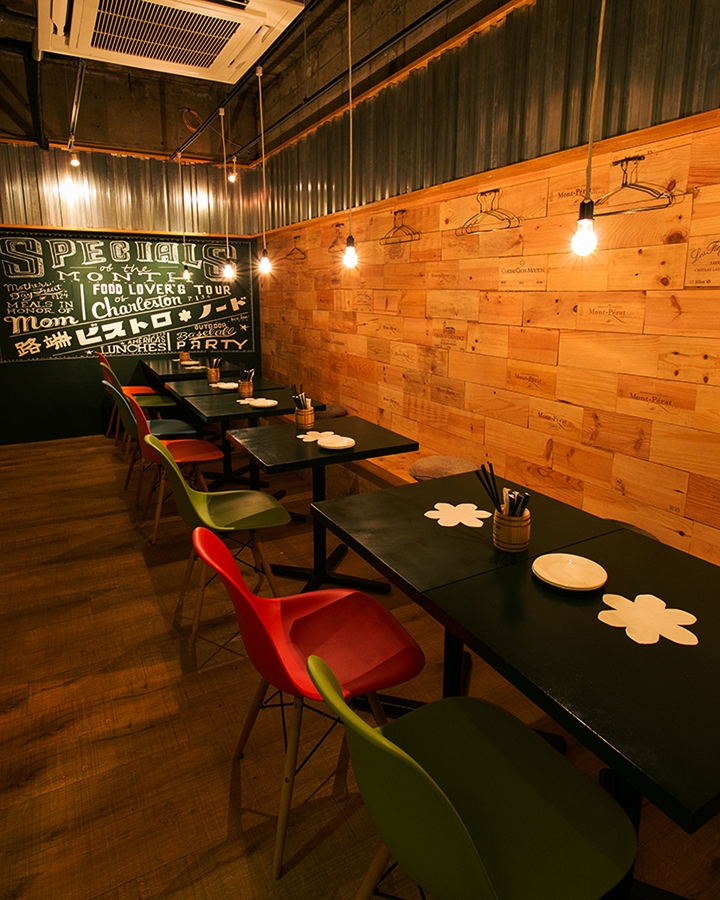 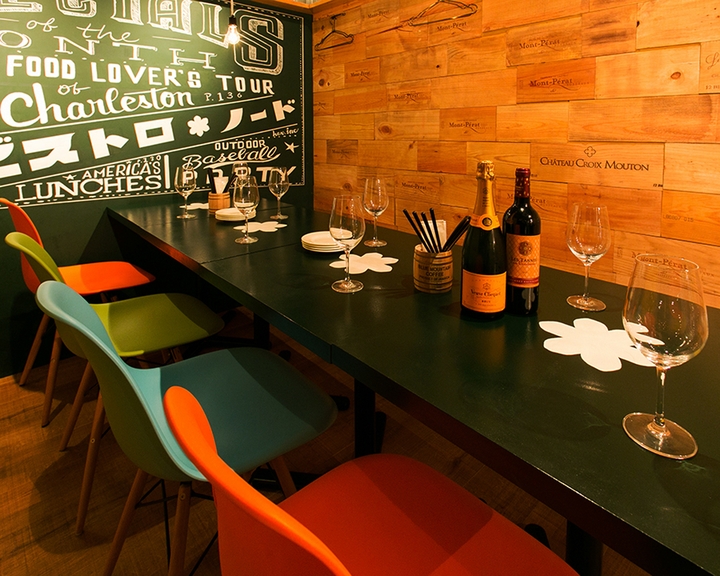 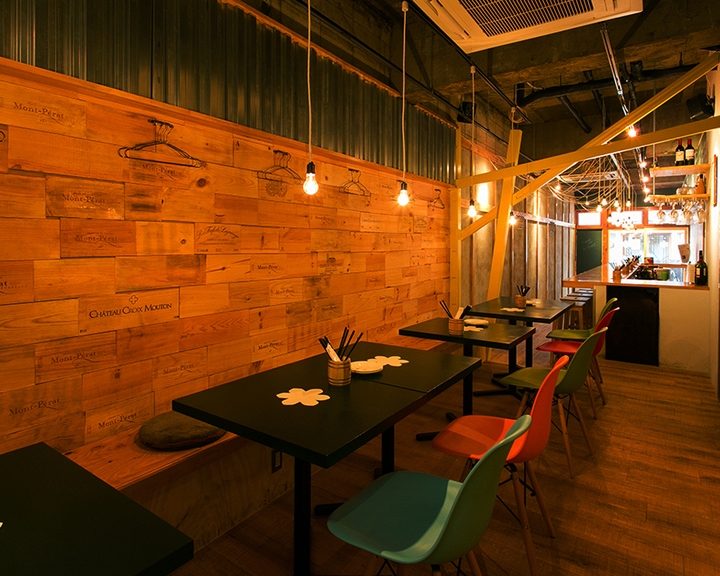 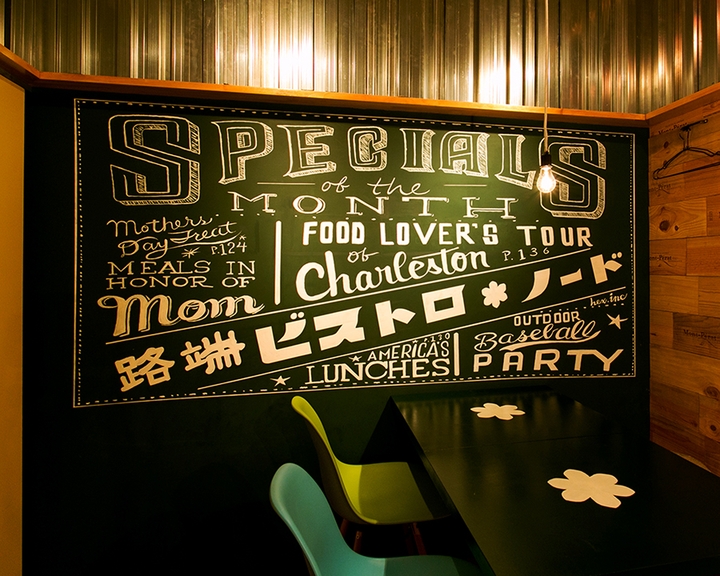 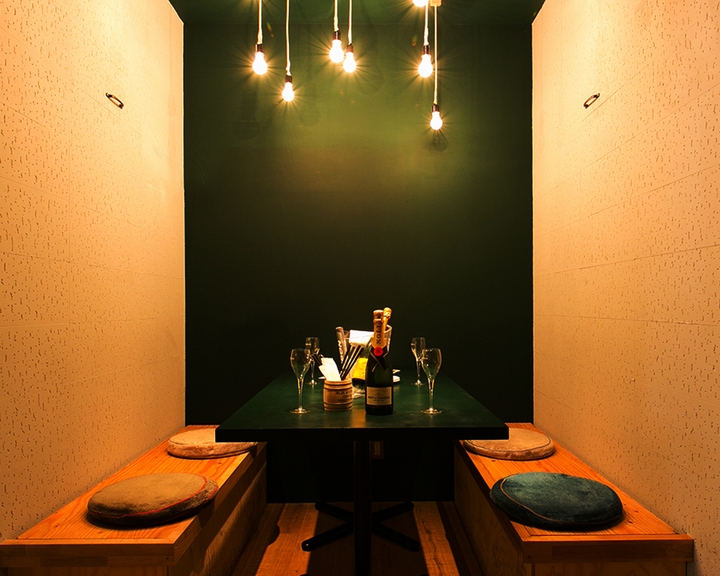 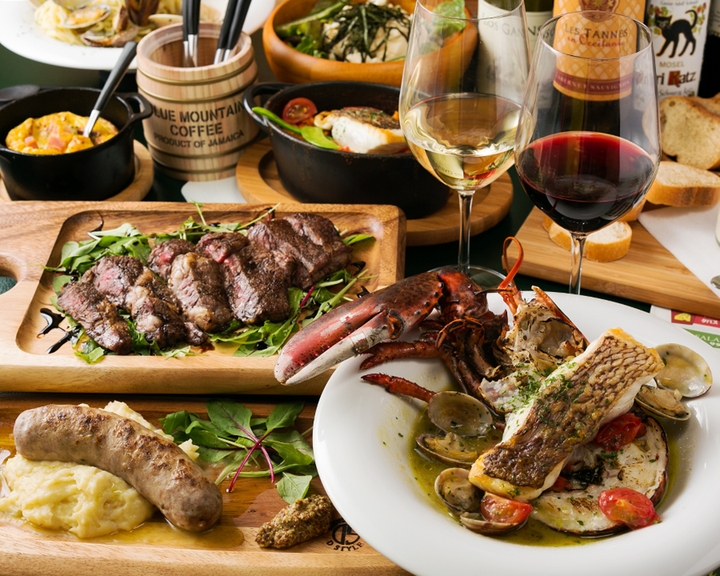 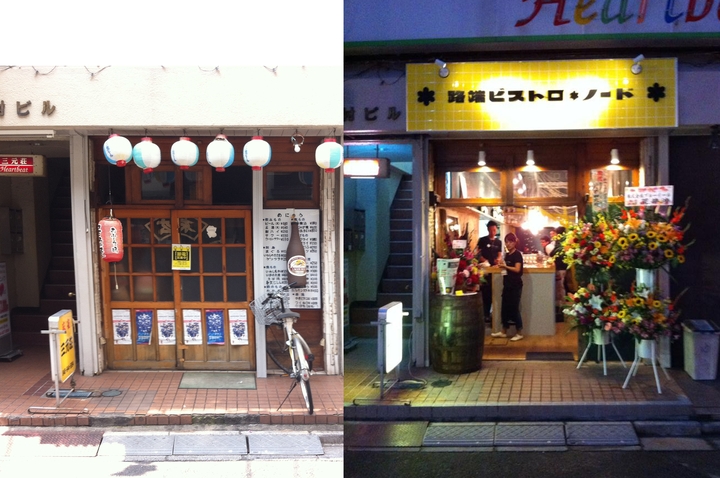 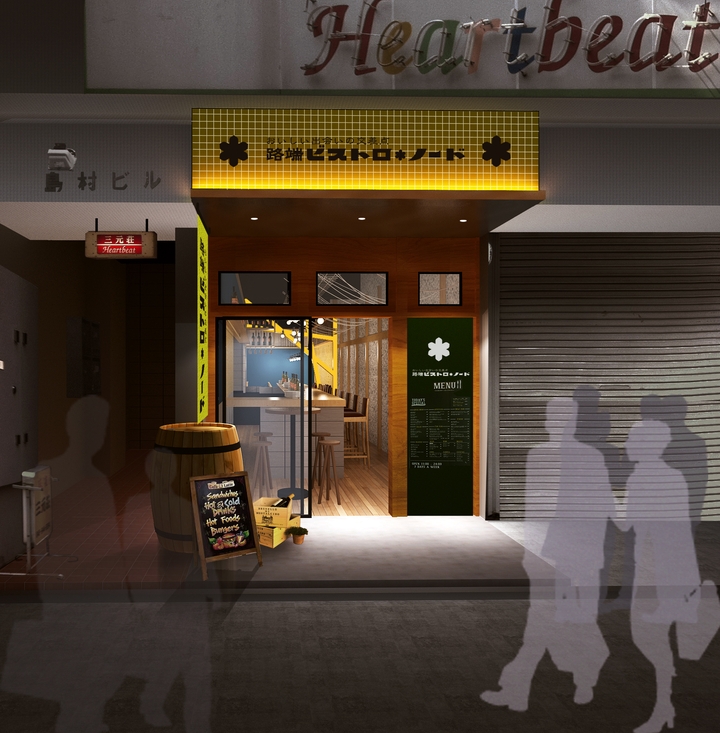 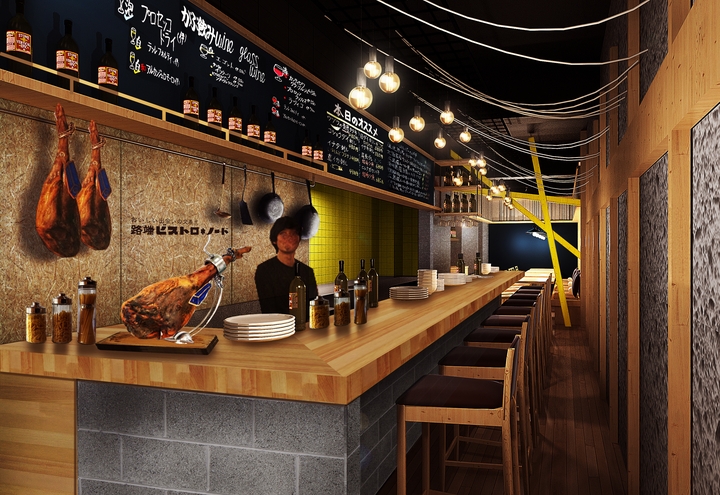 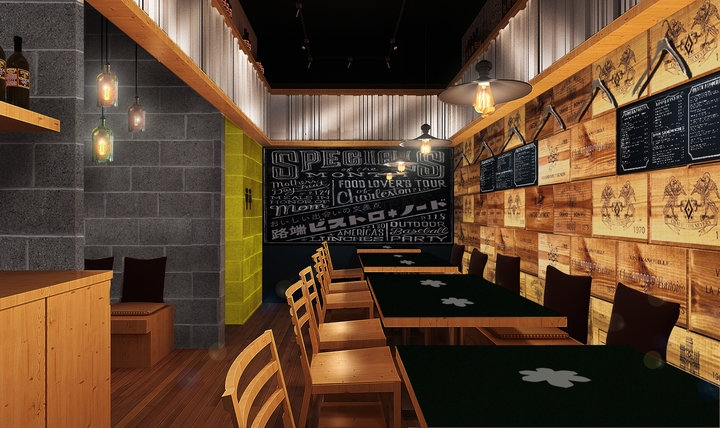