The drafting of the project development, in response to the preliminary call for tenders, was responsible for redefining the architectural terms with which the extension of the existing assisted residence "Zirotti" had to be configured in compliance with the existing volumes and the landscape scenario in which fits.

The drafted project re-elaborates the idea coming from the contracting station which provided for the construction of an additional body connected to the original body, aimed at providing the structure with an additional equipment equal to 22 beds (special core, including a new and larger physiatric room .

The volume, necessary for the endowment established by the announcement, is spread over three levels above ground, one occupied by the parking lot and the remaining levels for the additional functions, taking up exactly the shares of the ground, first and roof floors of the existing structure to which it will be connected. The completion is intended not only as an integration to the quantity of beds necessary for the formation of the new nuclei, but also as a definition of the effective conclusion, on the north side, of the articulated architectural volume that constitutes the foundation RSA.

Located in a portion of the municipality of Sale Marasino, on a natural terrace created along the 'Allegra' road, descending from the steep side of Punta Alma, the high summit of the golden mountain that backs the suggestive lake basin of Iseo to the east, architecture of the Residenza Zirotti, suggests from a first comparison, a solution that recalls the many stately homes in the area, which although dressed in different period styles dot this territory and enrich its scenery.

The assonance with these typical constructions that over time have densified the place obviously does not derive so much from precise references to sedimented and historicized architectural styles, as from the insertion and spatial development that the structure manifests. We recognize it mainly in the structure adopted and in the way in which the upper portion of the land has been used, which captures the dominant view of the lot by extending the building to its full extent, with a view all extending west towards the painting landscaped and finding, then, in the internal garden and in the gentle walk that reaches the lake, the recurring motif of many typical buildings settled on the hill crags.

Respect for a harmony already established in the consolidated image that the existing building manifests has long established within the natural scenery of the lake landscape, has made it necessary to preserve this balance not only for what concerns the chromatic framework that balances the colors and tints of the external finishes, but also in what concerns the choice of architectural motifs present in the addition, which will configure the volumetric addition in the architectural characters.

In a complementary way, the other element, characterizing the facade facing west, towards the lake offers a single terrace, wider not only because it takes the opportunity to expand and open the physiatric room to the outside, and therefore facilitate the presence of more guests, but also and above all to define, with the presence of a climbing vegetation suitably studied for shading, a naturalistic reason for the relationship with the garden and the lake overlooking. 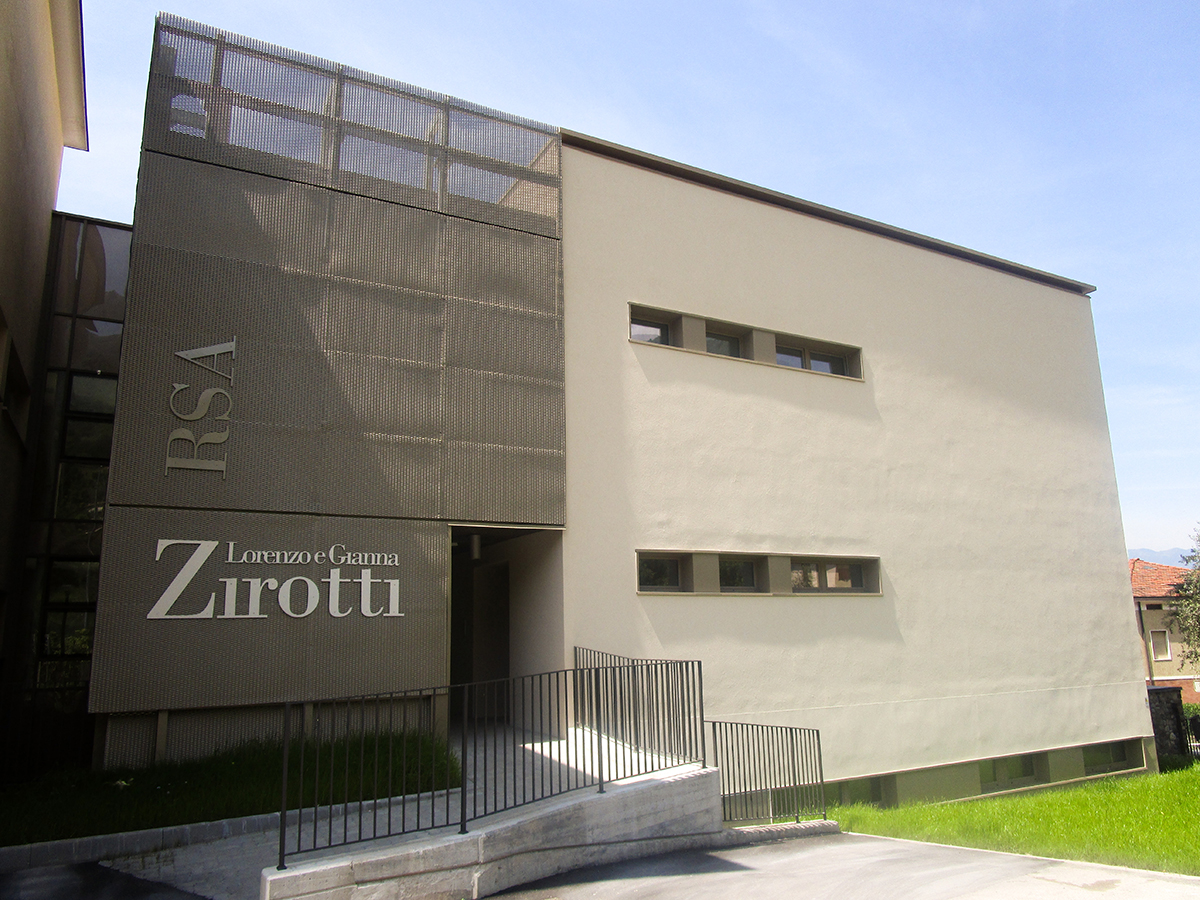 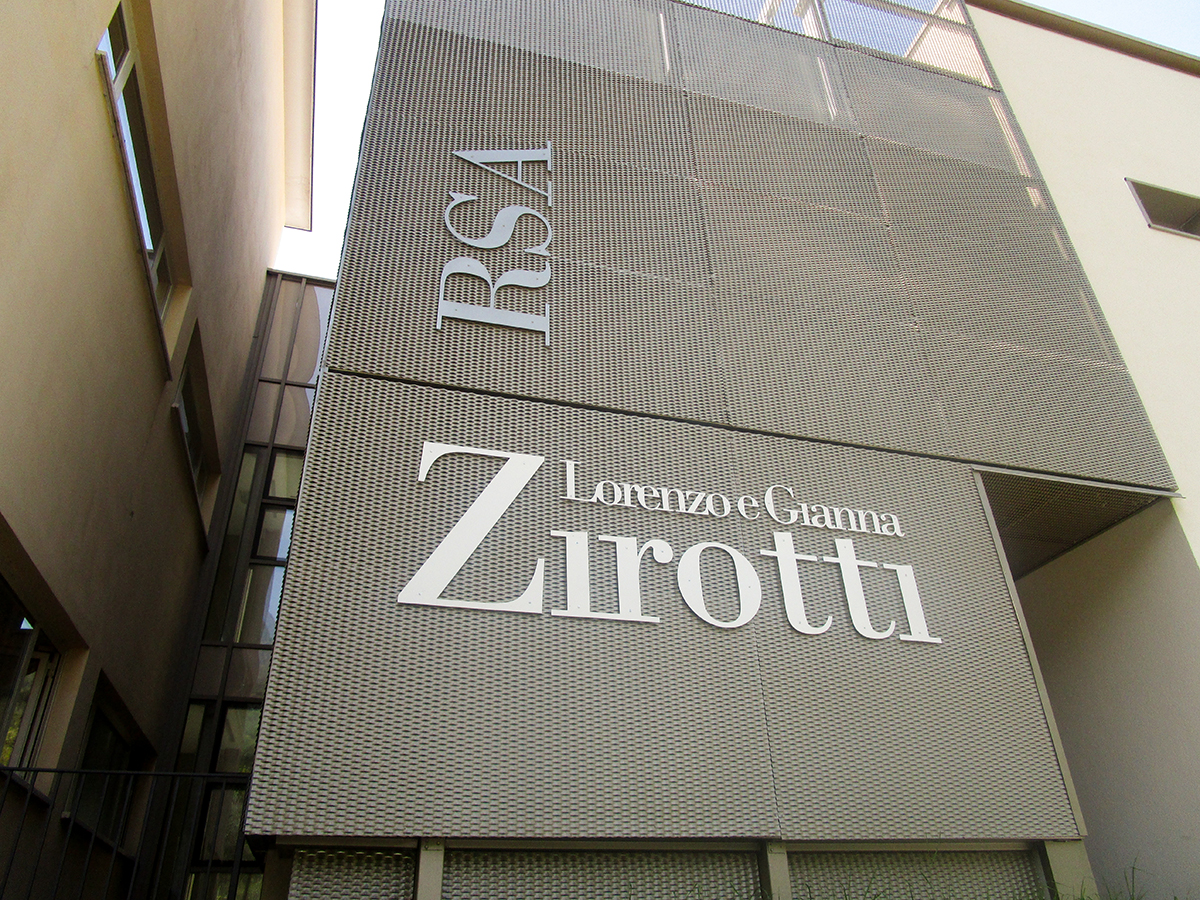 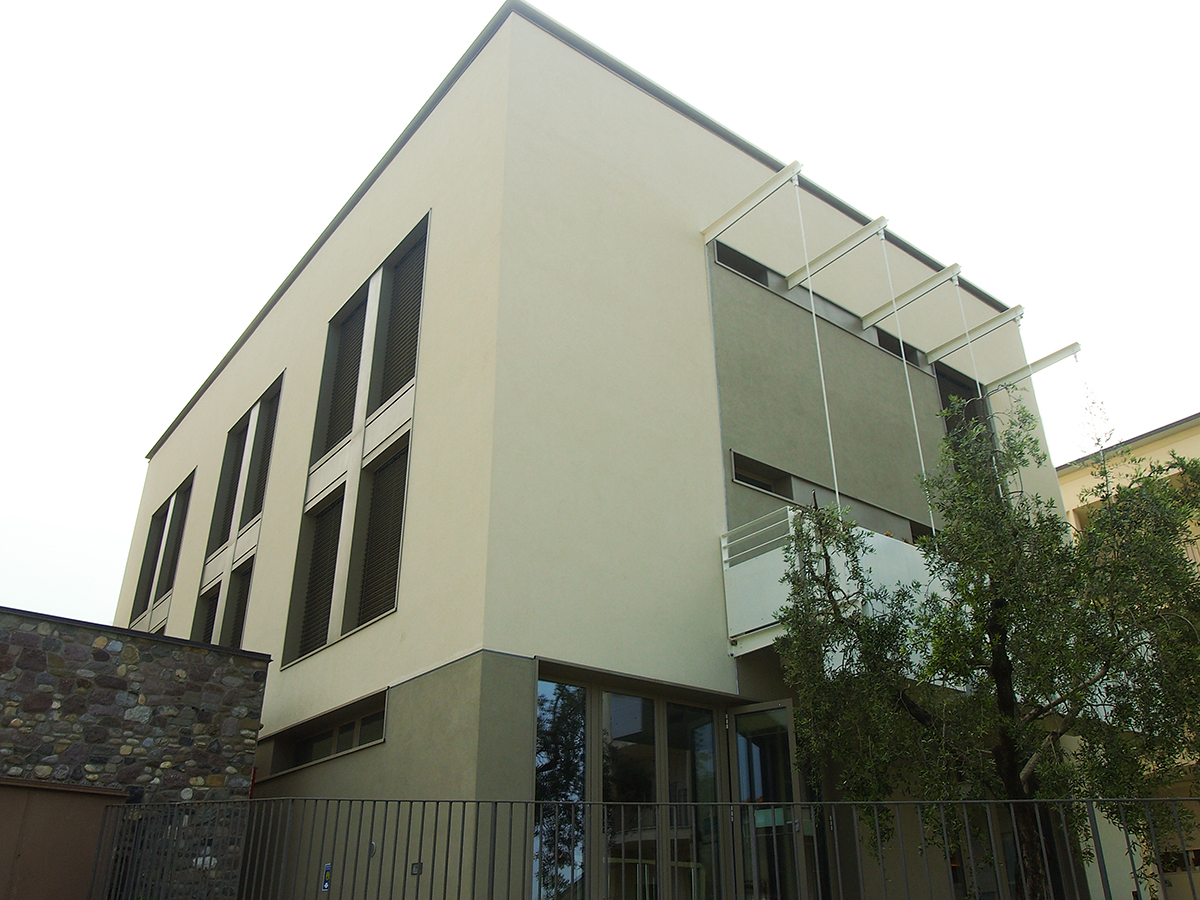 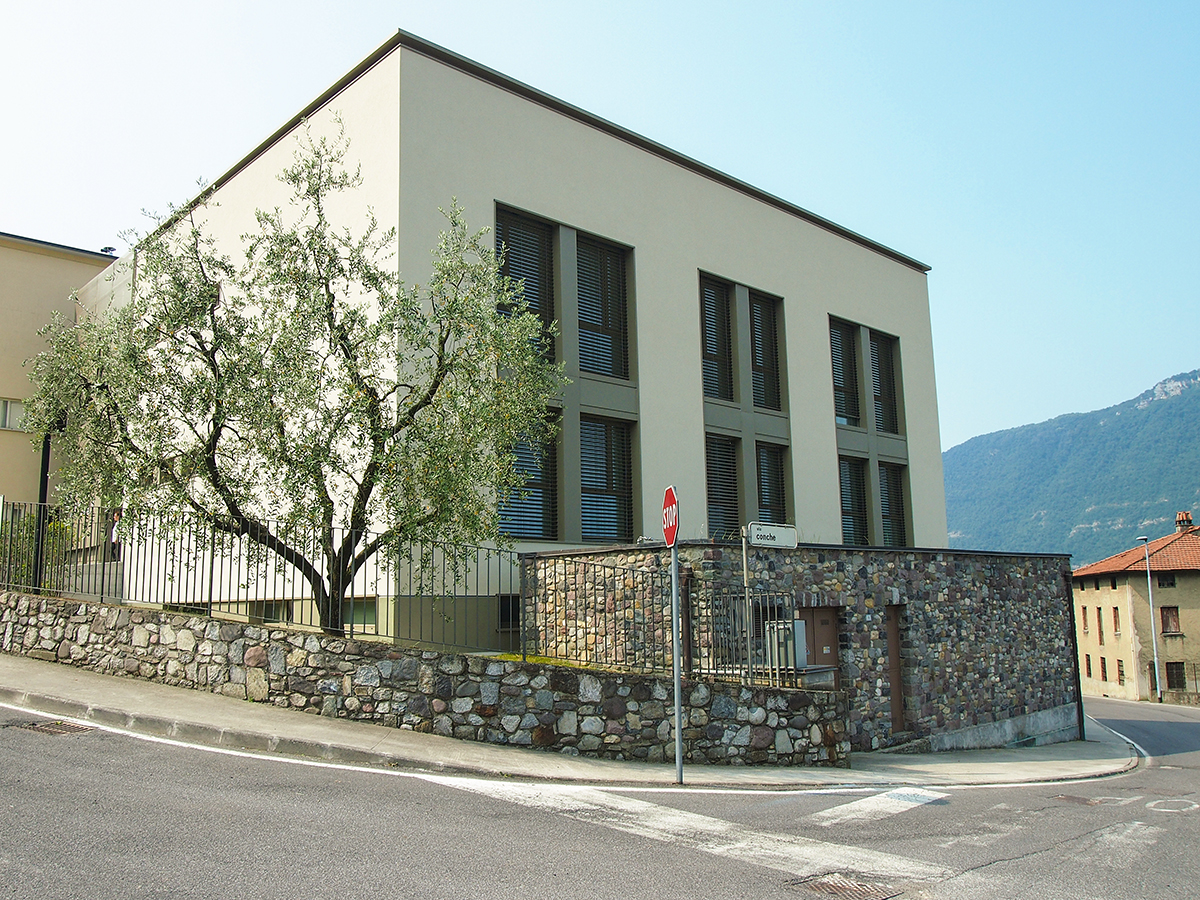 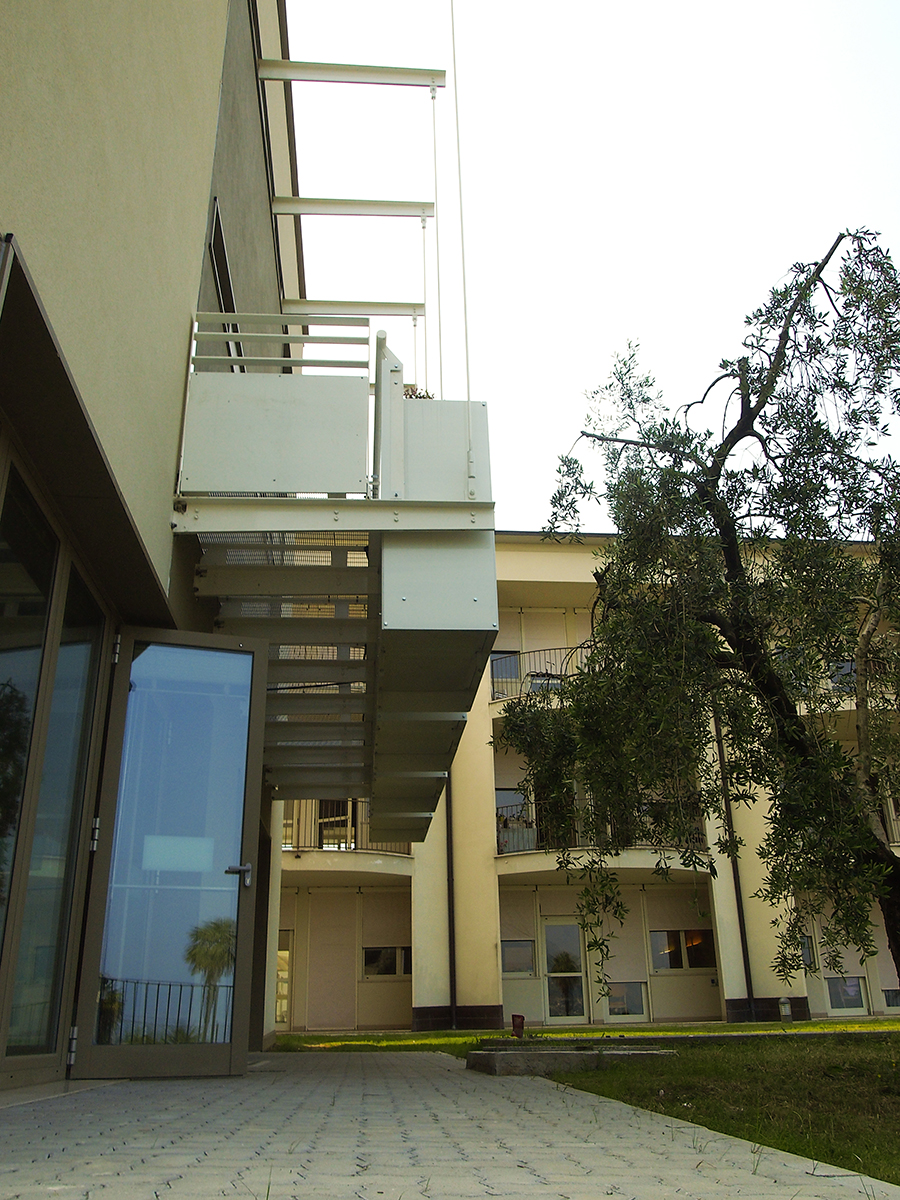 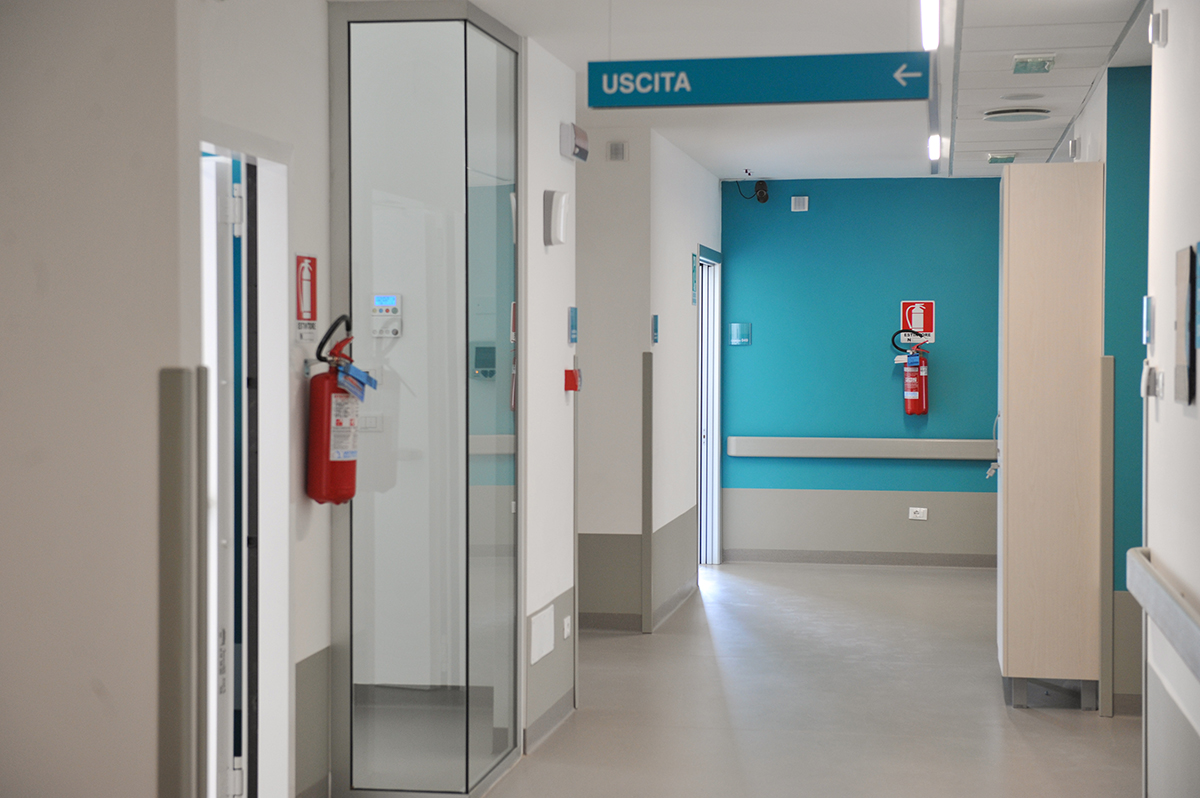 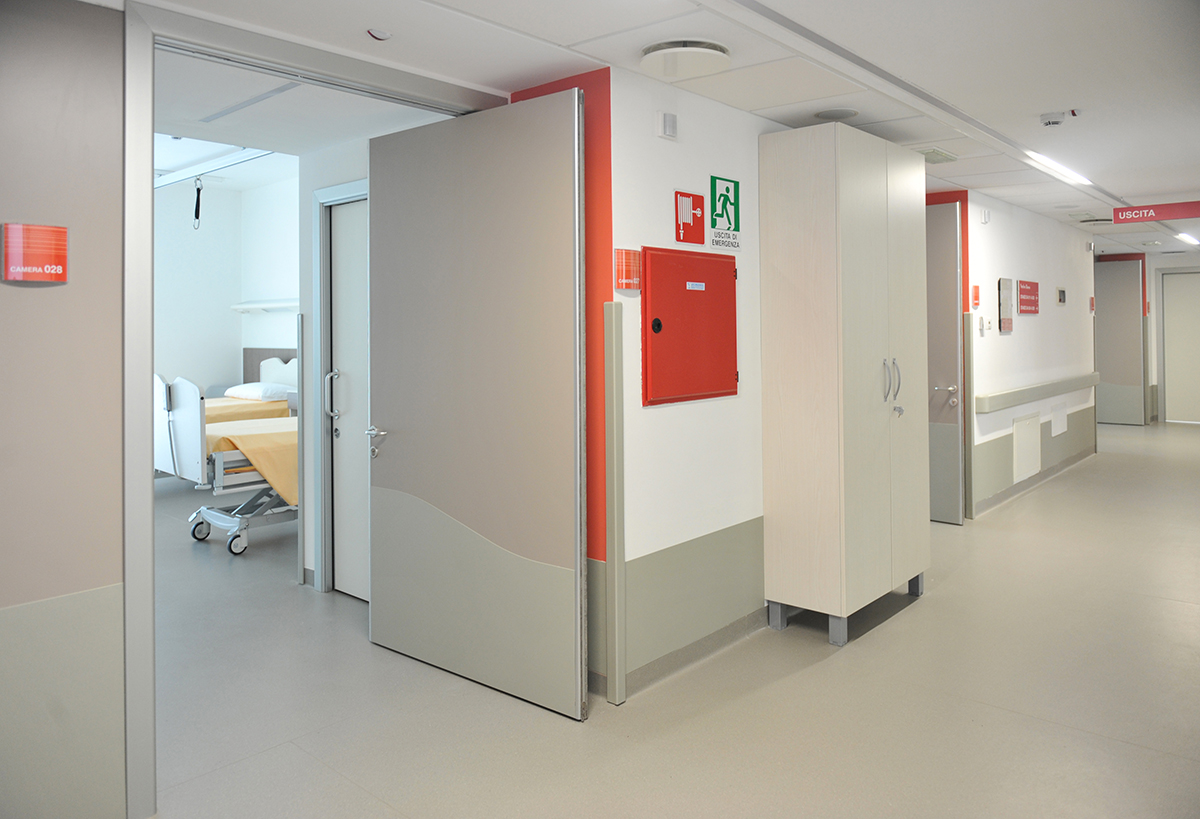 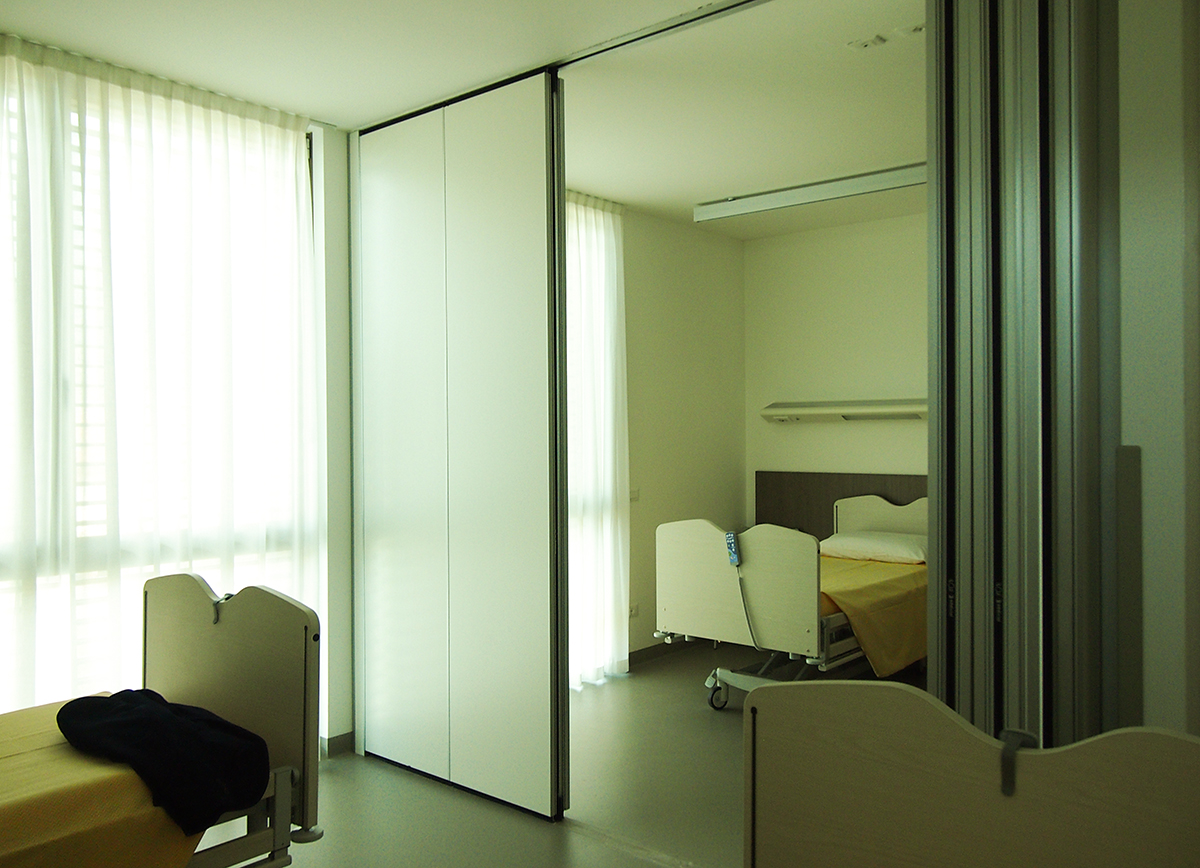 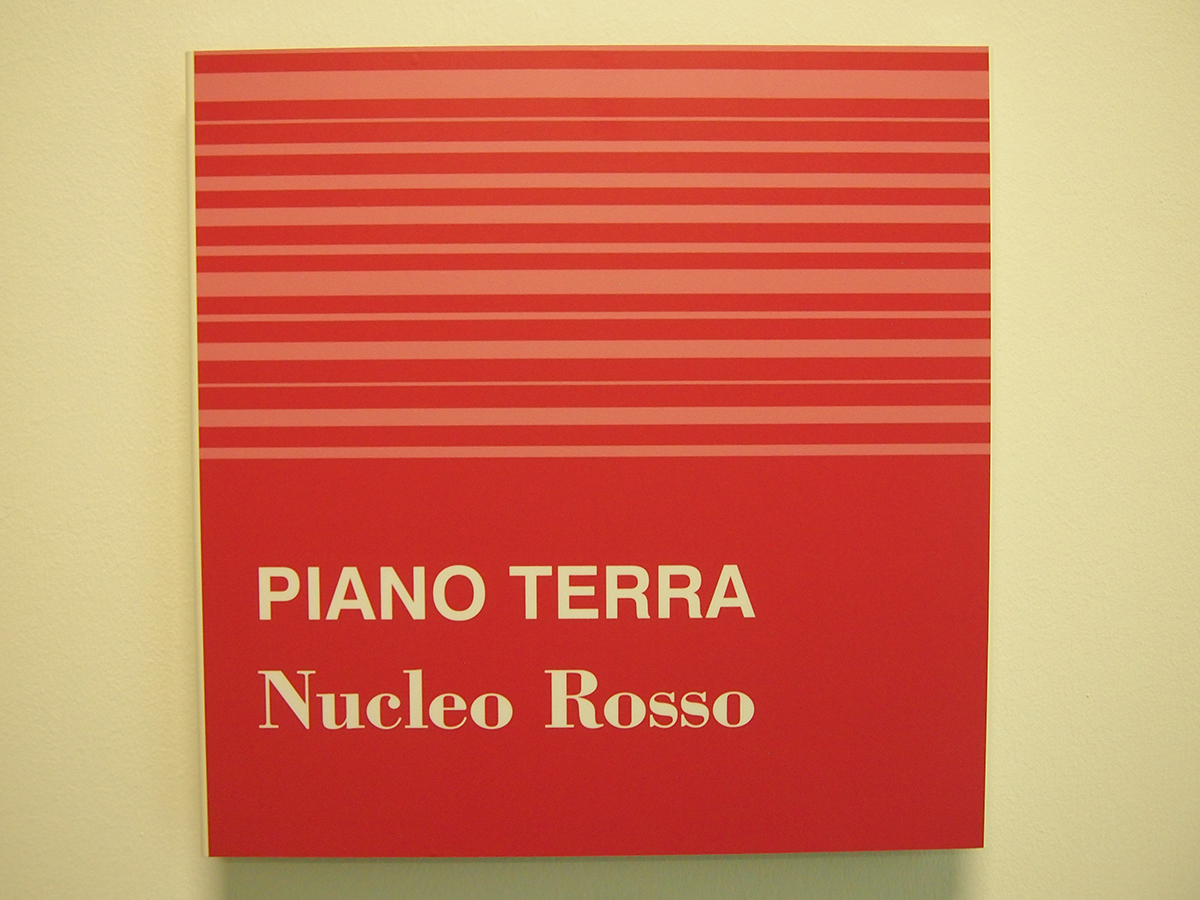 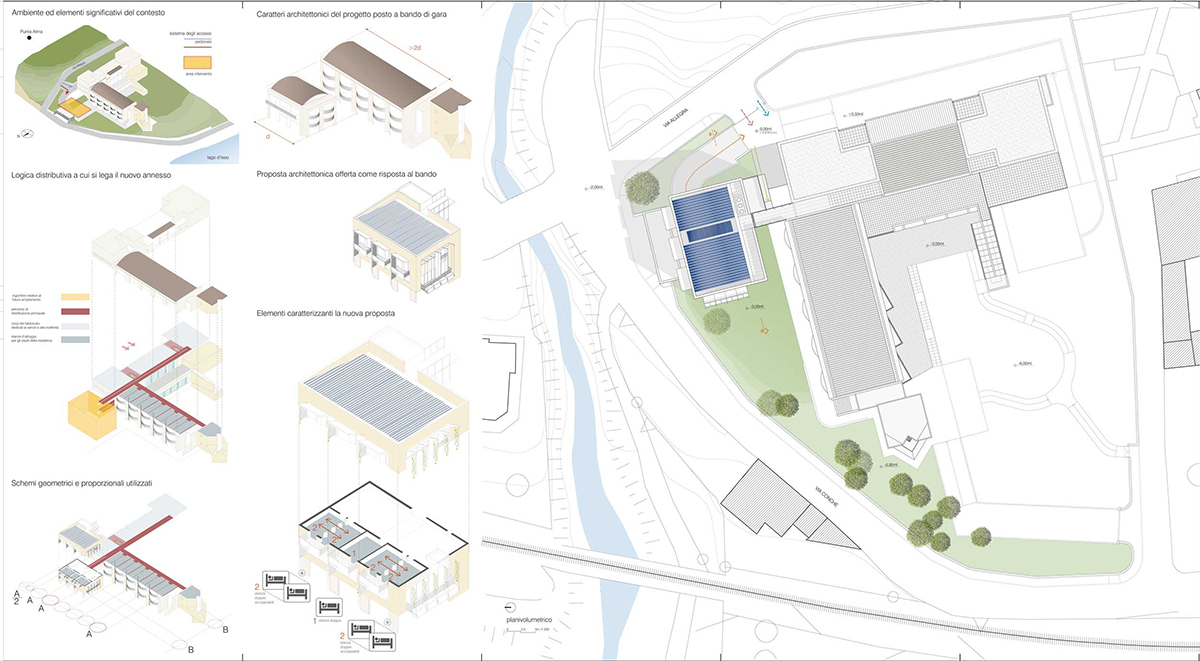 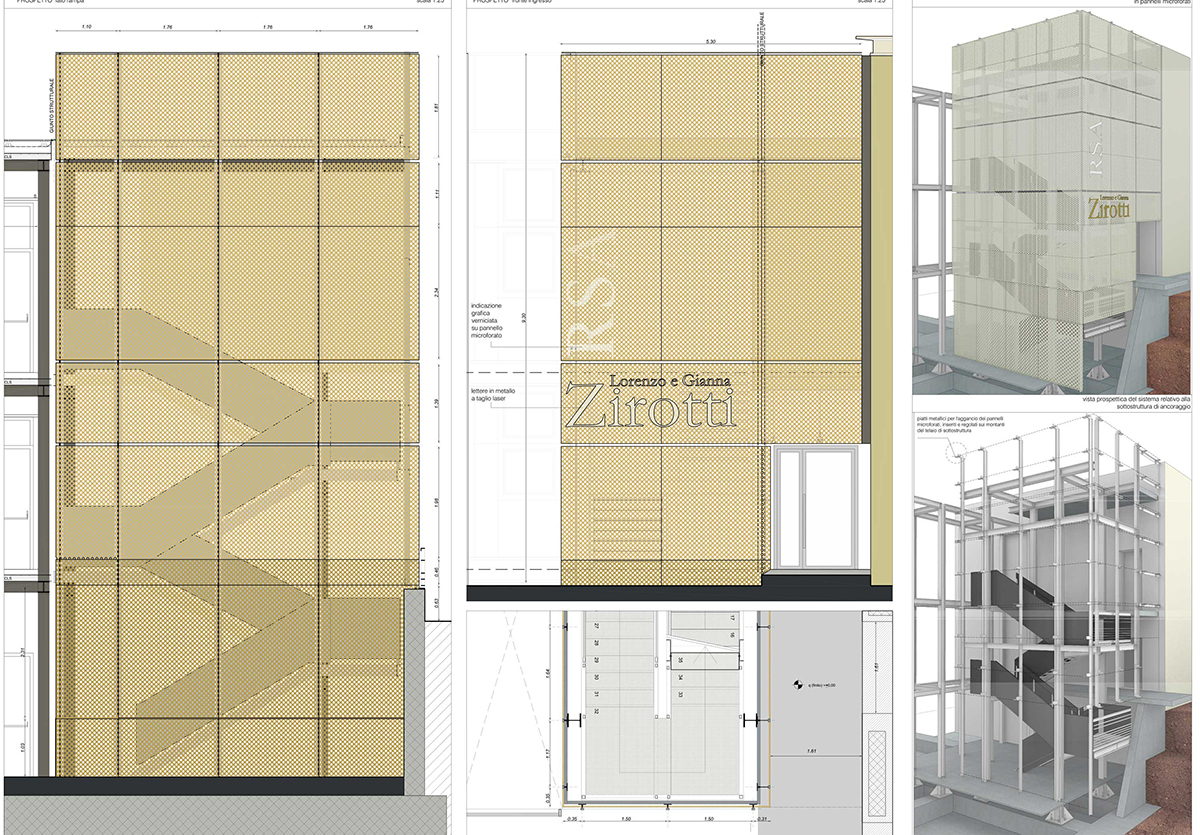 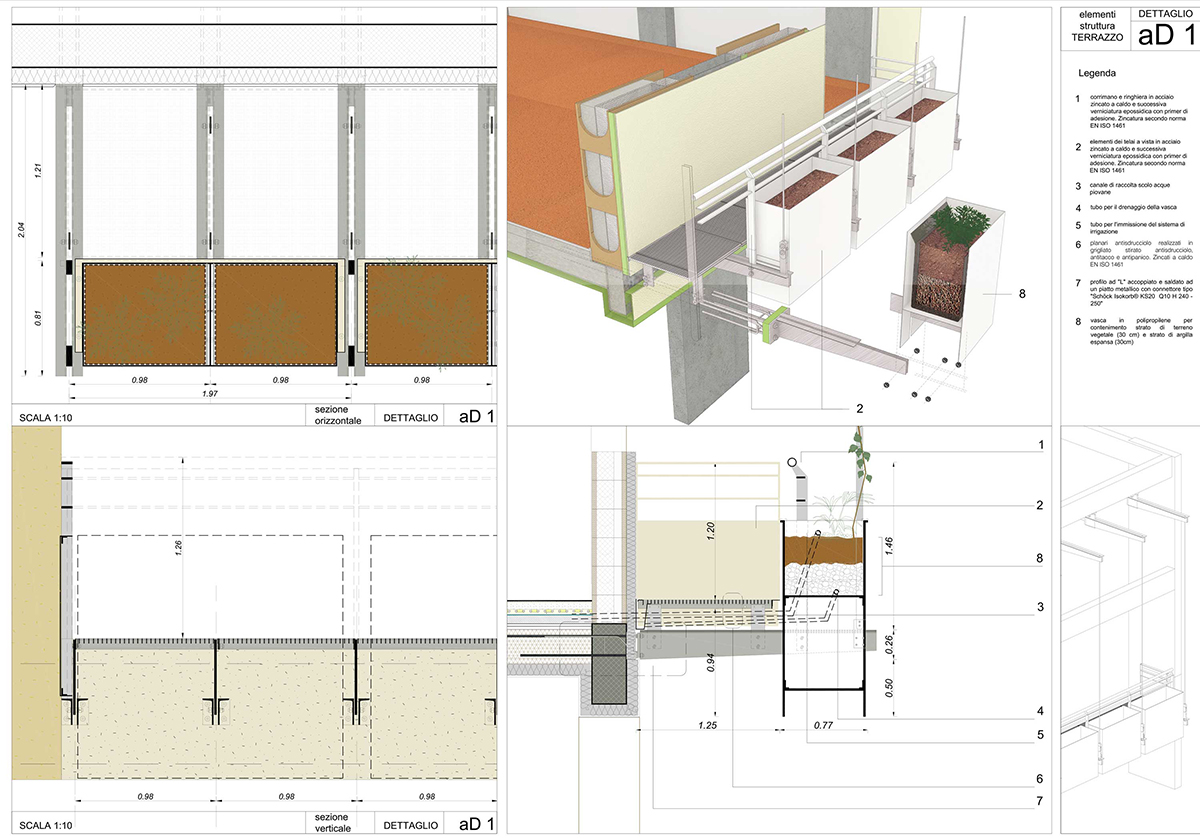 Web | Linkedin | Facebook
The study investigates, through occupational opportunities and research activities, forms of spatial language capable of expressing, in a simple way, the complexity of the functional and expressive qualities programs inherent in any participatory process is by design of spaces that aspire to realize future ' places' architecture contemporanea.Le three individuality, which animate, organize and coordinate thoughts and activities of contractors and consultants network, it is the project working group in 2004 later need to continue, in the union of the individual components synergistic the training started in the academic world during the course of studies in construction-architecture at the faculty of engineering dell'Aquila.La common adherence was used to develop updated design tools in architecture, such as to provide practical professional response the definition of spatial forms in each specific subject area. Particular interest has been lavished on the topic of structures in the social sector, related to the allocation of new spaces in which to provide the best possible services for the personal care, from early childhood to seniority. The applications in this area have become, therefore, natural territory for the verification of methods and theoretical-conceptual approaches developed in the study phase and constant comparison universitaria.Il Search through the economic, social and cultural rights, is established in all discussions so far conducted project, to combine these specific instances with the principles of the architectural discipline, in order to give meaning and shape to draw structures so as to accommodate functional requirements and specific ways of uso.L'attitudine and methodology guidelines derived from it, s'inscrivono in a concept that combines engineering knowledge and those dell'architettura.Tali specific attitudes were missed and appreciated even outside the territorial scope of belonging, allowing you to receive international publications for work done in the field of schools and of nurseries and allowing you to receive opportunities for work experience outside the country, such as projects in Russia and Switzerland dimostrano.Particolari skills of CCDSTUDIO working group reside in the ability to use all the latest tools of technology (CAD CAM, BIM MODEL, GIS, etc .. ) In order to better absorb and understand the different contexts and scenarios proposed orders, to better respond to cultural and economic values ​​that are to be raggiungere.Il our work revolves around three key words: DESIGN, COMMUNICATION, CONSTRUCTION .These three words sum up three areas around which are centered our skills.

View all articles by ccdstudio