Expansion and renovation of the Santa Margherita Winery signed Westaway Architects it has been modified: 2017-01-13 di jessica zannori

When you look at the works of the Roman studio Westaway Architects, it is the details to attract the eye and lead the whole intervention reading. And the project has given a new face to the Santa Margherita Winery in Fossalta di Portogruaro, in the province of Venice, confirms the pleasant impression.

Solid geometry, created to connect and integrate the various existing production blocks, is revealed through the materials and colors, which are modeled in their authenticity quality choices. Beginning in the slats zinc-titanium. vertical run, in the lower part of the facade up to head height, and are characterized by red pigment earth, to recall the color of the wine. At the highest, creating a fascinating optical illusion, meet those gray pigment, instead fleeing vertically into the sky.

The cover is designed by a sheet of corrugated aluminum, while choosing for the outer canopy fell on aluminum and the long beams painted white, which look like the imaginary thread that weaves all, are steel. A stained glass window protects and shows at the same time the stainless steel tanks for winemaking. Finally, the windows "to frame extensions, to convey all possible light within the offices", as emphasized in the project report, are all punctuations of a single scultoreo.Poetica blocking feature
It is a project that expresses, in the dialogue between continuity and discontinuity of volumes and geometries, the rhythm of work that takes place inside and outside, in the square.

The architecture, well thought out, has achieved the goal of making more fluid movements, protecting people from things and bad weather, but also to unite the different stages and areas: storage, wine making area and cellar. Each department declares protagonist and important part of a chain, starting from the new architectural and visual dimension that we find in the coup of general eye. He recalled, in its importance, from a backlit glass wall. Made with two thousand bottles, it solves a gray area and summarizes the business footprint of the winery Santa Margherita. Day attracts the attention of those heading in the offices and at night gives off a reassuring visual effect, in line with the company sign of light placed within easy reach.

The renovation and refurbishment of old buildings with new types of facades, affecting the aesthetics and the energy and functional performance, today with a term of English origin is called "recladding". Westway Architects in Fossalta di Portogruaro has combined elegance, lightness and strength, succeeding in the task of dressing with strong contemporary interpretation, ancient spaces of established tradition. And especially to reach a much more ambitious goal.

"The client's need in this project was not aimed at creating only a shell visible from the street with a scenographic function, but at redesigning the workplace in a more usable and functional way"Says Maurizio Condoluci Westway Architects. “Our intervention, therefore, concerned the redefinition of spaces from the inside, to redesign and reconstruct their identity. The intervention thus defined was much appreciated by those who use them daily, so much so as to strengthen the identity relationship between the workers, their workplace and the company ". 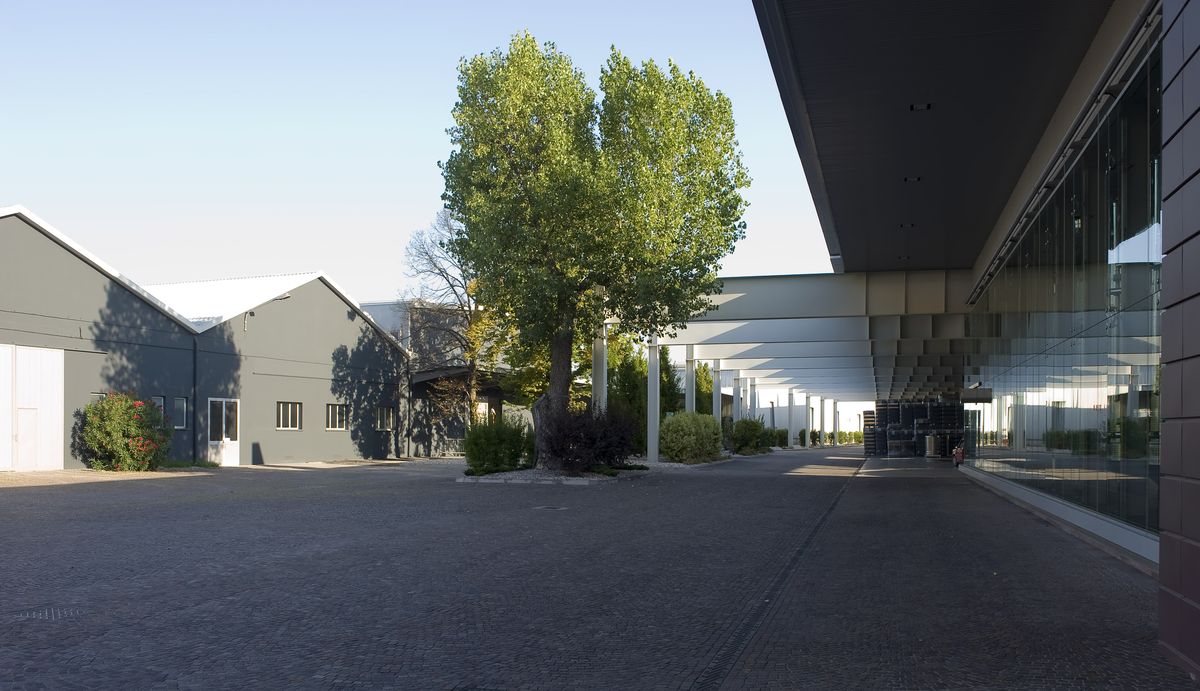 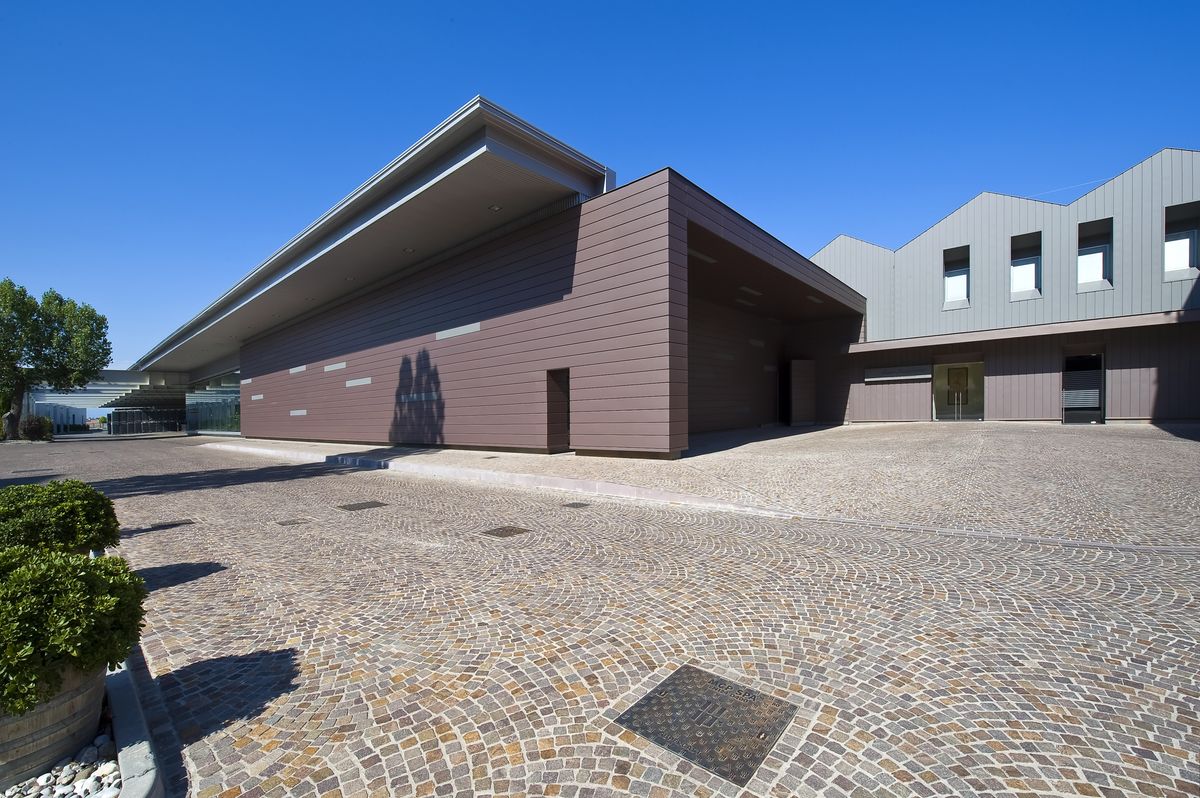 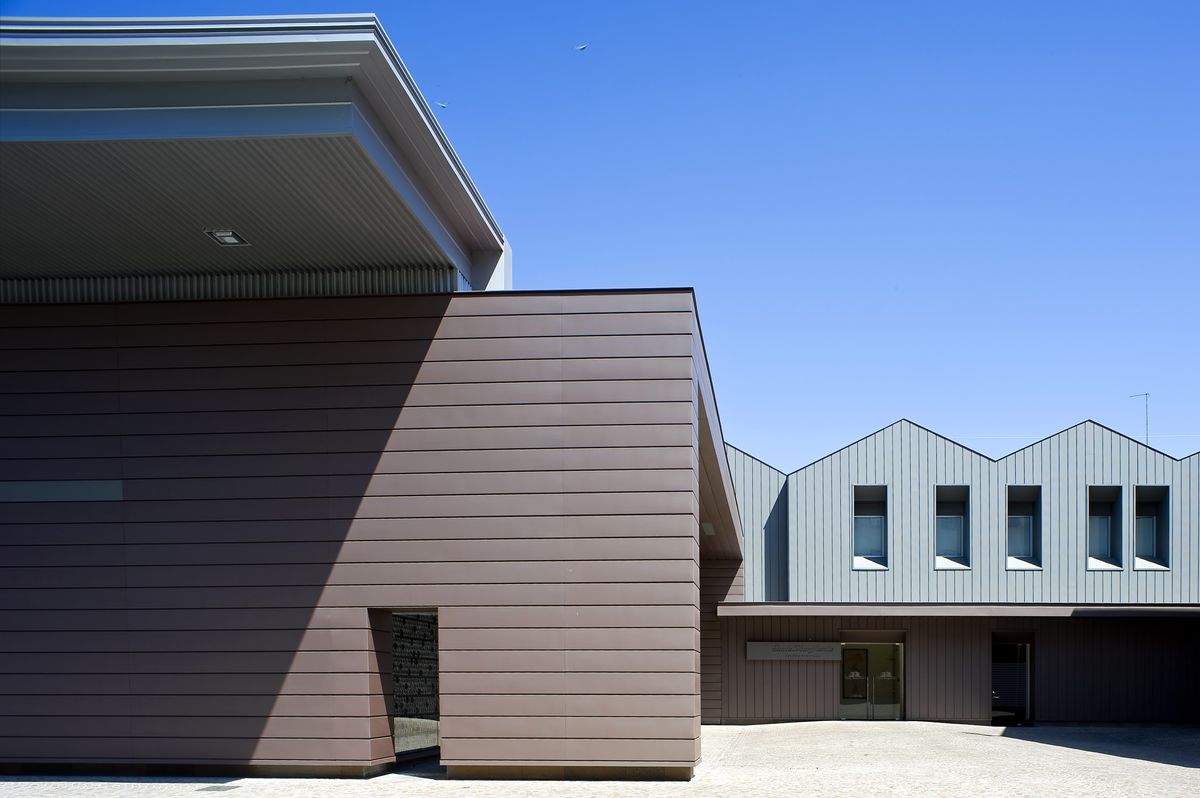 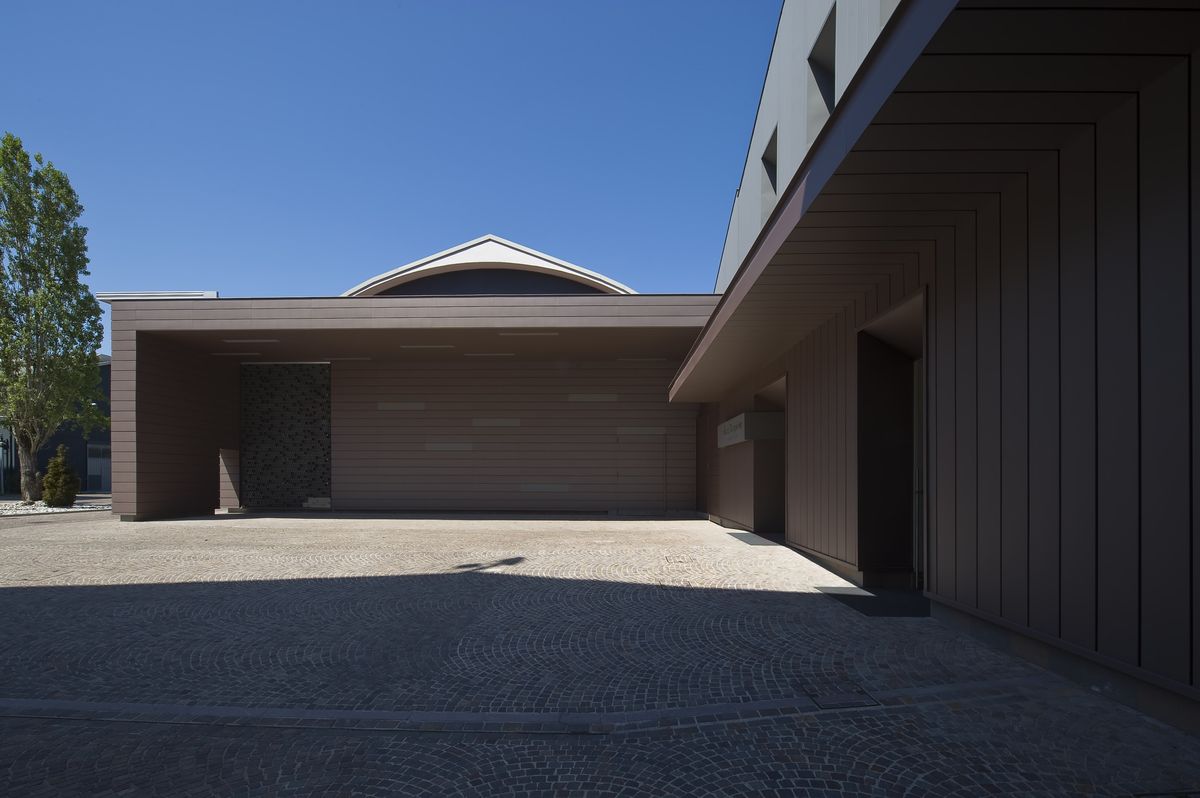 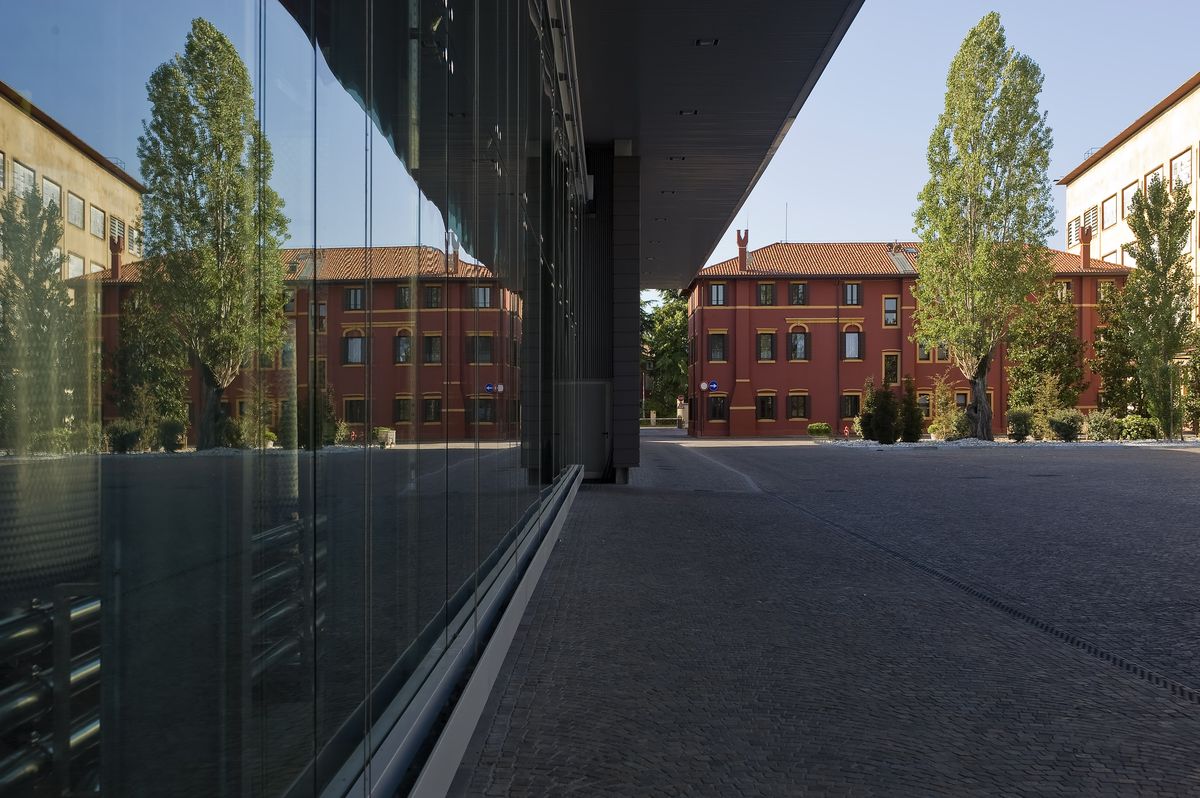 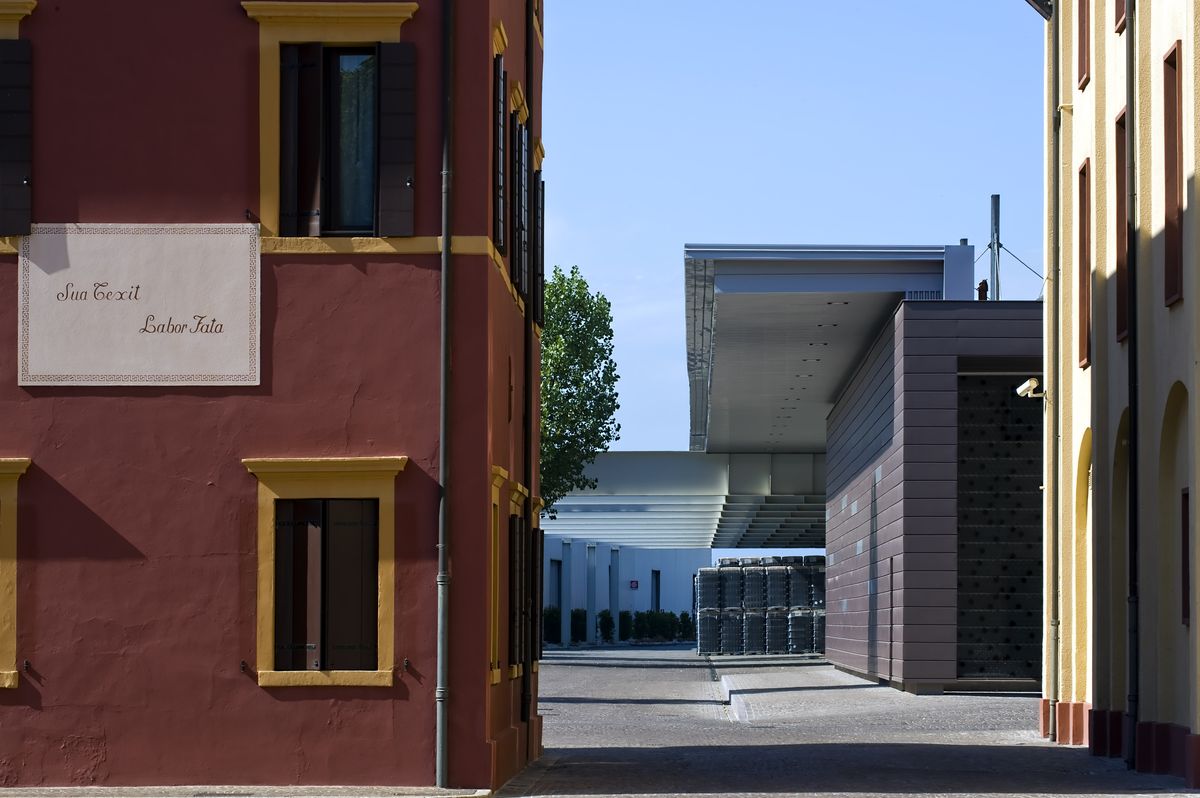 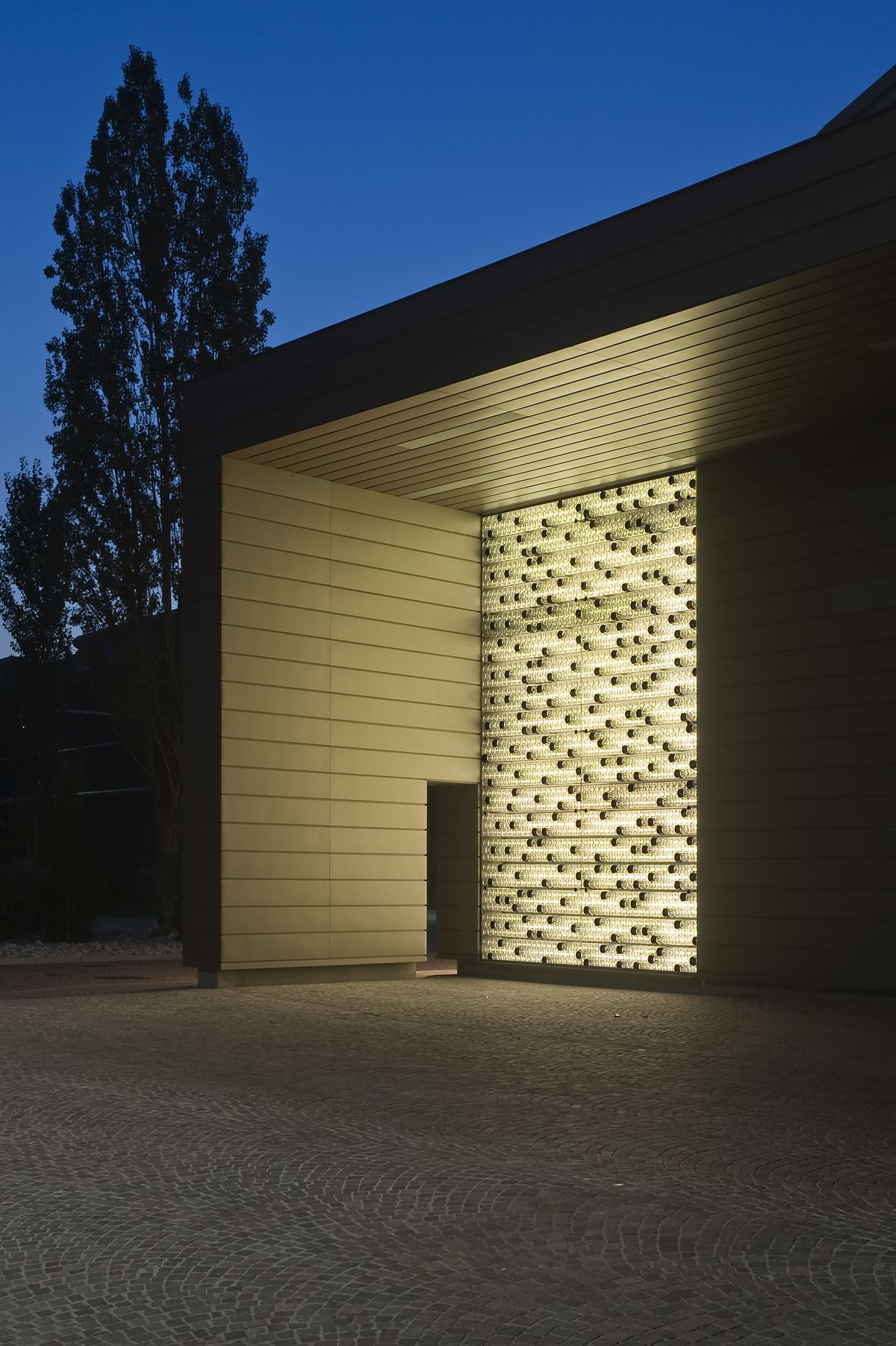 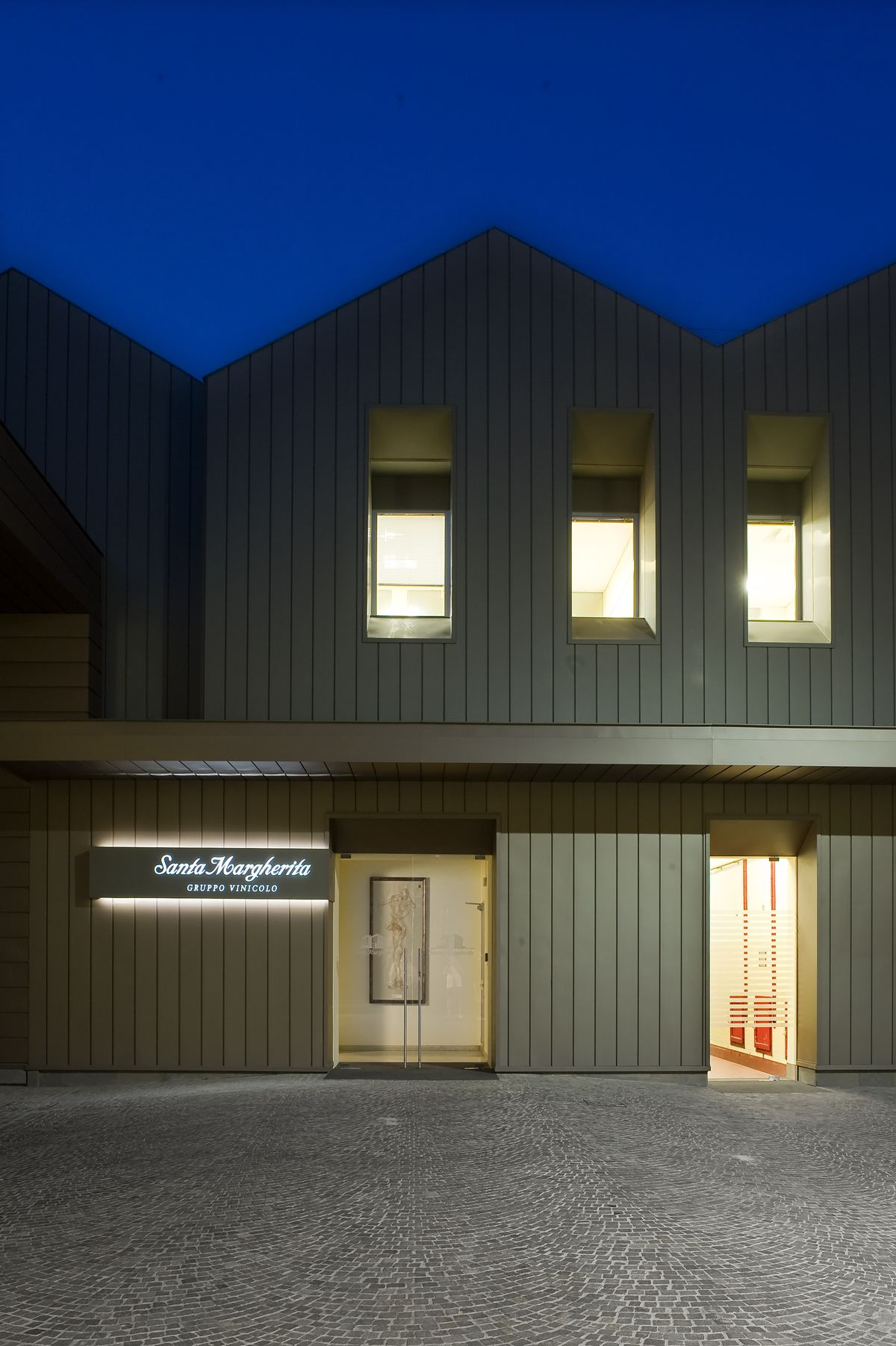