Alberto Apostoli / DHARA WELLNESS The SPA of Belfiore Park Hotel, dedicated to medicine and Ayurvedic culture. it has been modified: 2015-07-03 di Benedict Flowers

Dhara in Sanskrit means spring and waterfall. The concept behind the project, as for the suites, spread from the three "doshas" (Vata, Pitta and Kapha), the vital energy that, according to Ayurvedic philosophy, pervading all bodies physical, mental and spiritual. The doshas allow to classify trends psycho-physical in the body and the malfunctions that may result; consequently the diseases arise when they create imbalances between them.

Apostles has recreated this balance in the spa, balancing the elements that compose it through a careful study of space, shapes, materials / colors and light. To underline, in the terms of the layout and materials, the contribution of master of Ayurveda and oriental massages Antonio Ranalli who followed the training of personnel and development of treatments according to the Mekong Method. 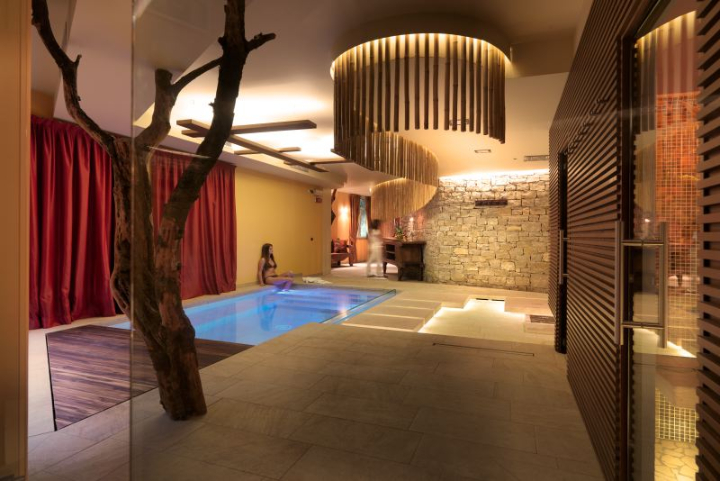 The result of this synergy is the creation of a living space and sensory where every construction detail and material has been designed specifically taking full advantage of the materials of the territory, the particular location and a natural spring inside (darha) emerged during direalizzazione hotel same a few years before.

Following a characteristic horizontal element made of bamboo canes that runs through the floor of the hotel to the spa, we access to the spa, "filtered" from one room socializing made to create moments of culture theme, to read a book or simply for recreation during the less sunny days. And 'this space as neutral and contemporary.
Purely spa area is accessed through a path constrained by the conformation of the adjacent mountain, on which the building is founded, which houses the changing rooms and a small bathroom. Final element of this path is a large olive tree placed inside the structure during the construction phase of the center and from the adjacent land owned by the hotel.

Parent and authentic fulcrum geometric and emotional center, is the important water basin overflow continuously fed by a natural spring whose waters, used by the Apostles almost as a coating material, flow directly from the bare stone cleft of the mountain Baldo and pervade much of the space. The original rock, on which were built the hotel and spa, is visible through an opening in the stone placed on the corner end of the basin.

Within the basin, is placed a shower made of one element of local stone and a special Kneipp made with individual tanks always in local stone. Ilbacino bisects the space and can be overcome through some elementiin stone that seem to float on water.
The lighting of the pelvis is made entirely led immersion places in function of dematerialization of the different elements. The main walls of the center are lined with local stone and laid dry with a technique typical upper Garda. Complete the basin an infinity pool to salt, made so as to include within it the overflow tank. It was preferred to a more usual hot tub in the function of a lower noise and treatments performed in two rooms adjacent to the spa (fully furnished with furniture Indian original). The area is lighted by a hanging timber element that contributes to increase the volume of the space above the bath.

The sauna, another strong element of the center, is made entirely of masonry and sicaratterizza for large window and for the unusual "overhang" on the water basin. Strongly backed by the property, the wood used in the interior, it comes from local olive trees whose scent evokes feelings related to the lakeside landscape. Two olive trees are also present within the center such as organic elements and evocative of the territory. The inner walls of the sauna were treated with painting course on the colors gold and copper.

Flanked to the sauna was placed a steam bath (also made entirely of masonry including a vaulted ceiling), coated with a special resin mosaic whose pieces recreate "digitally" the thick boughs of lemon trees. The floor, the benches and the central basin are made instead of local stone. 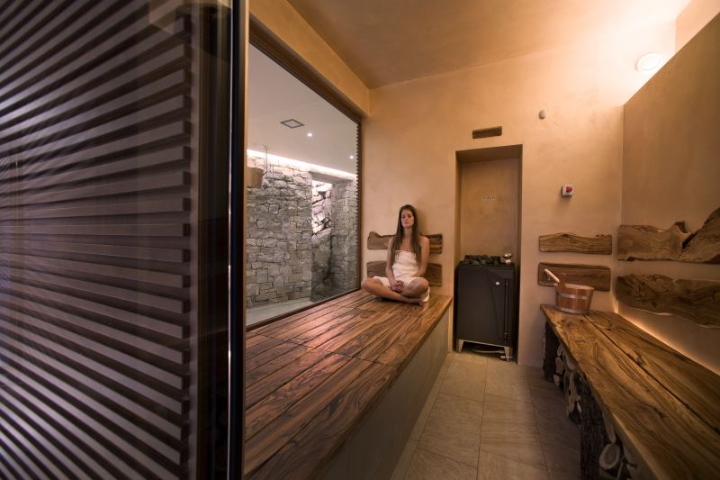 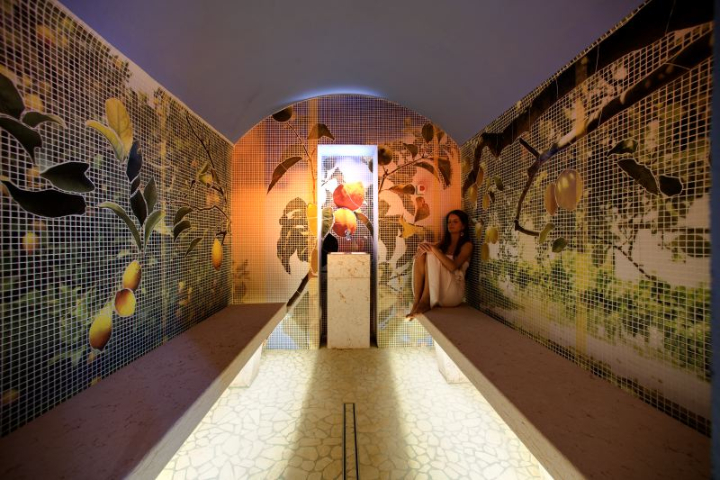 The relaxation area is positioned at the end of the trail and offers a magnificent view of the lake just a few meters from the same. The teak floor of the room continues outside, creating a small plateatico be used as an extension of the relaxation area in the summer. All around, rose gardens, olive and palm trees create an outdoor space of
Particularly fascinating and magic especially at sunset when the sun goes down the mountains on the opposite side of the lake. At the request of demanding customers, the entire center can turn into a Suite-SPA torque through some small technical devices which provide, first, the use of the relaxation area as a bedroom.

Apostles sums up the project: "A very homogeneous space from aesthetic point of view but at the same time full of innovative solutions, details made work and a careful attention to the respect of the area combined with a particular cultural approach. I tried to take advantage of the limited space to move through but a few unique objects, a combination dispazio, materials and sensory. The proximity of the mountains and the lake have contributed overwhelmingly to the very idea of ​​the center; I have helped to bring out this through a design sensibility that simply would emphasize the shape of the discrete location and surprise generated by creative inventions simple but original. " 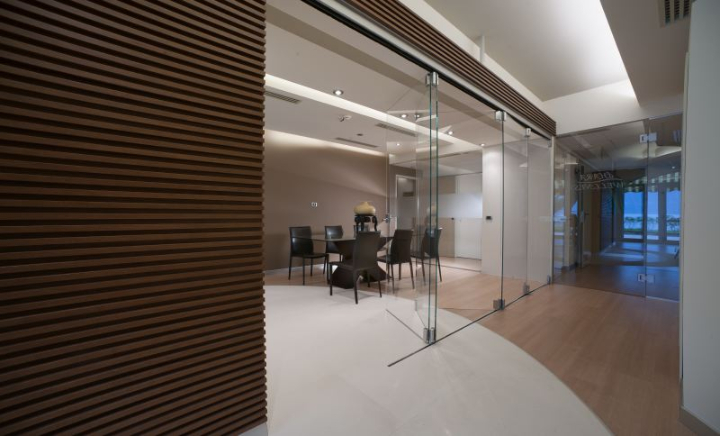 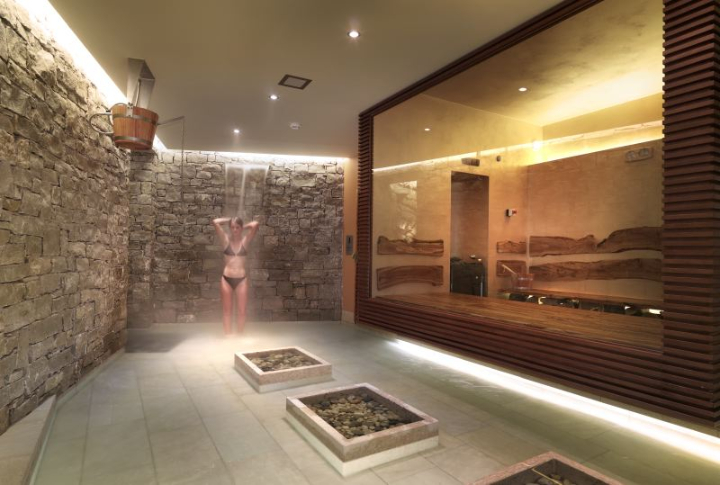 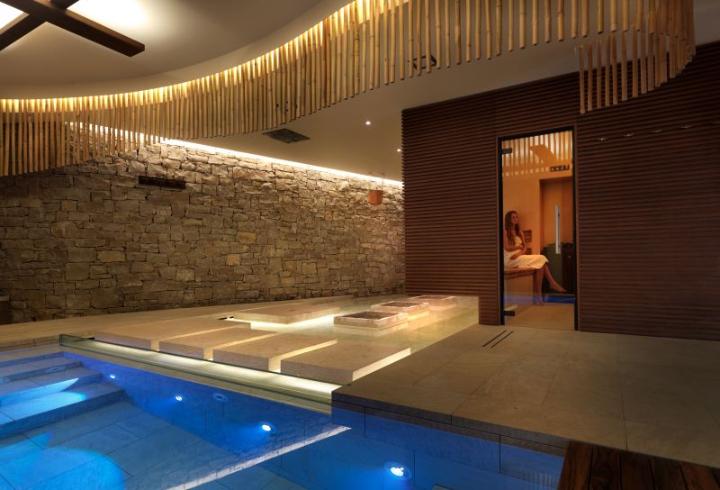 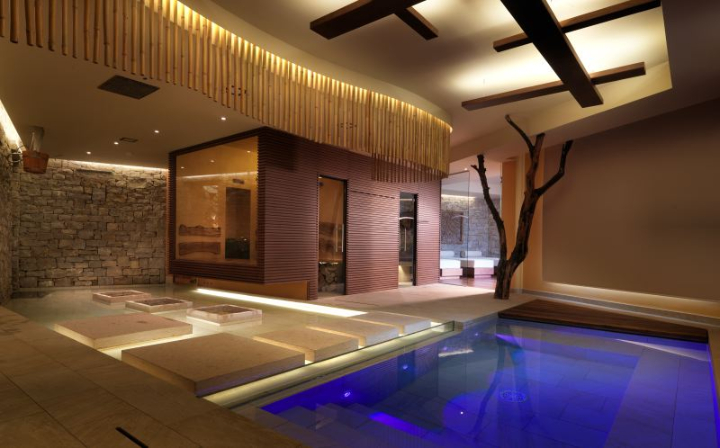 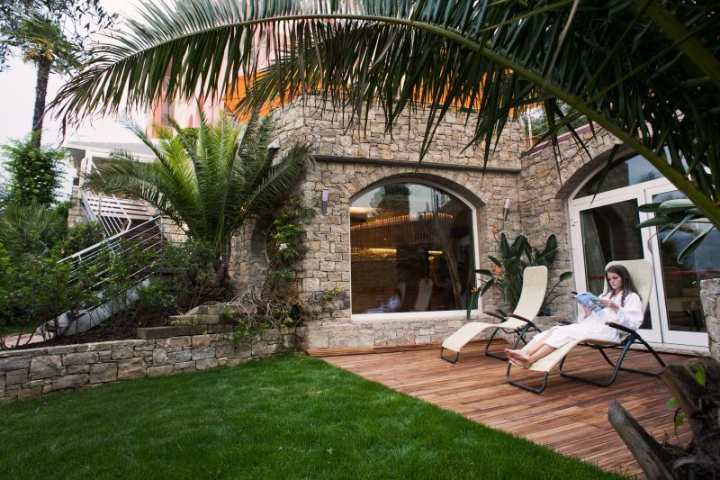 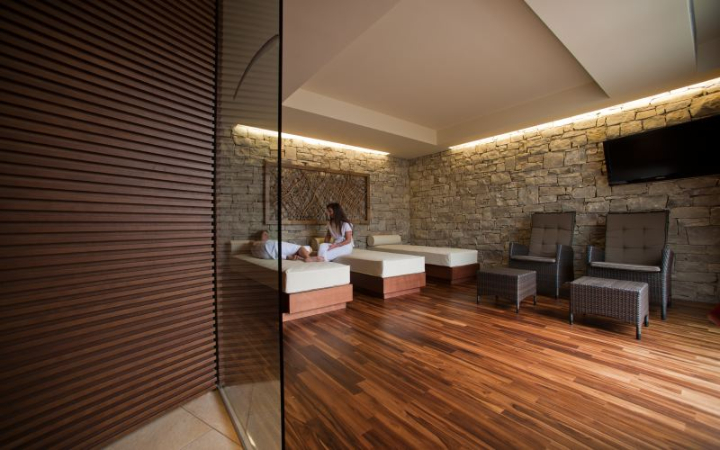 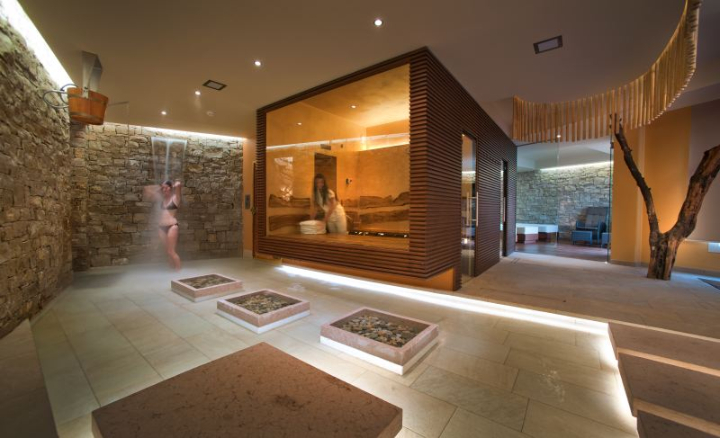 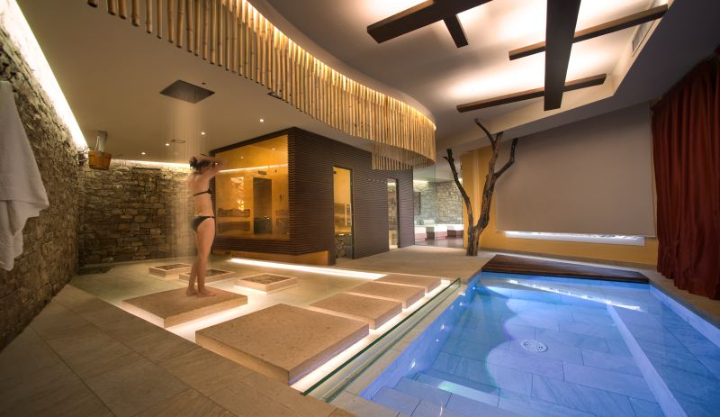