In the lush jungle of Costa Rica, the suites 'phoenix' at the Hotel Costa Verde offers its guests a private inside a huge airliner renovated.

Boeing's 727 1965, which in its previous life was shuttling to the whole of South Africa, was recovered from san jose, and adapted a suite of an exclusive hotel.

The interior has been completely modified to include two air-conditioned bedrooms, each with its own private bathroom, kitchenette, dining area, terrace with sea view, separate entrance on a scale of river pebbles, and 360 degree views of the surrounding garden . 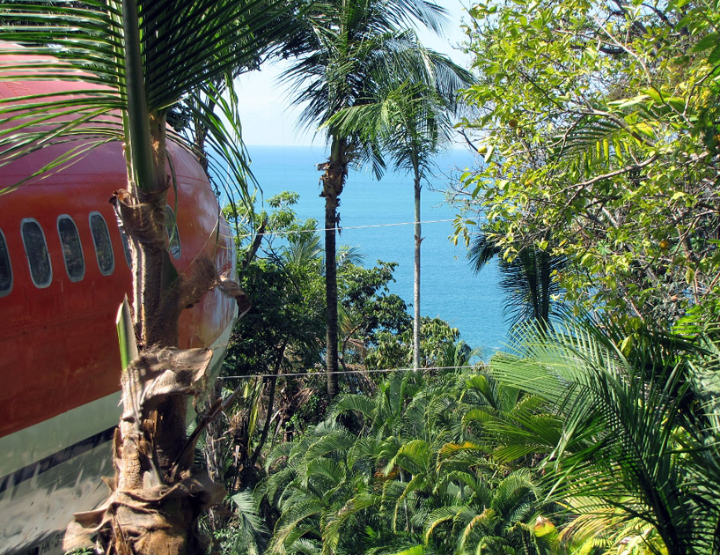 The furniture teak furniture from Java, Indonesia, have all built and hand-carved, while the interior of the aircraft is built with teak paneling of Costa Rica. Perched on a pedestal of 50 meters, it offers guests a panoramic view on the 'ocean and the jungle, a bridge built on top of the former right wing of the plane, where you know your neighbors, sloths, toucans, monkeys and more. 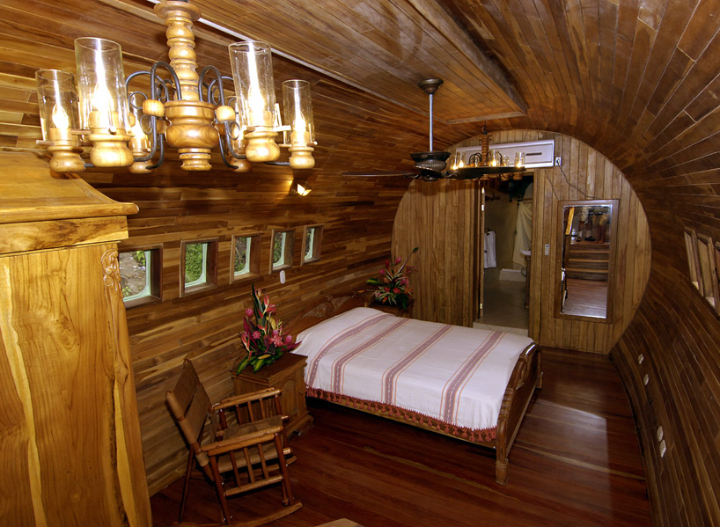 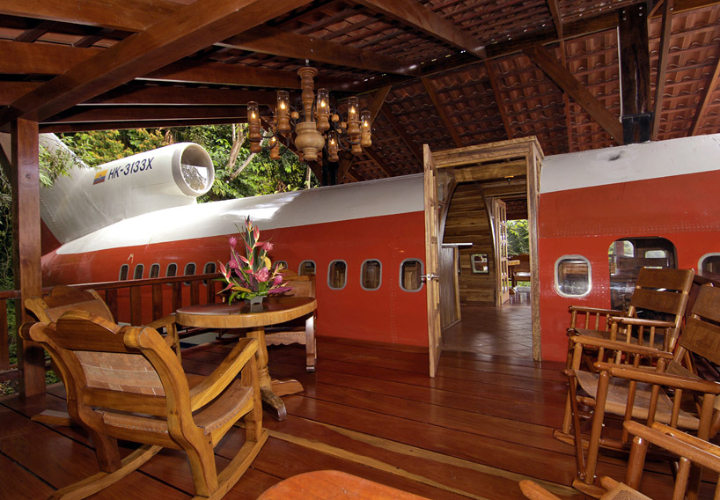 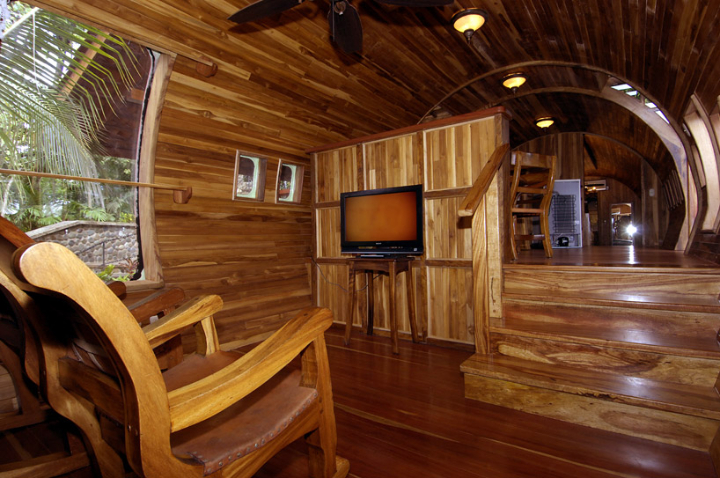 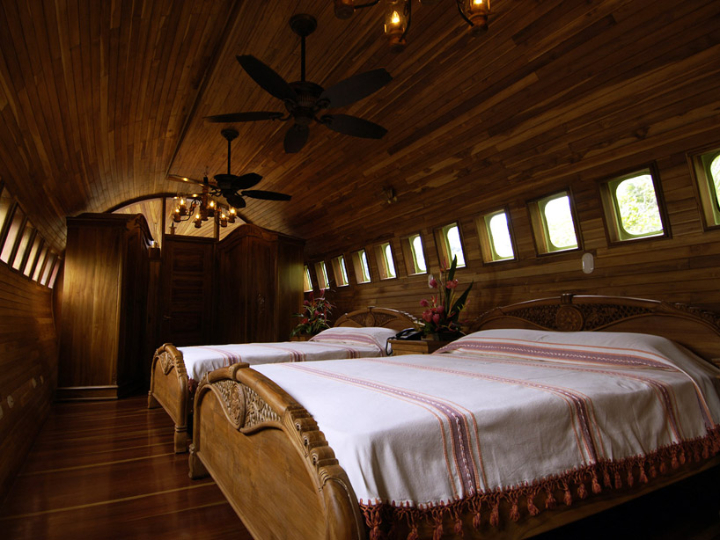 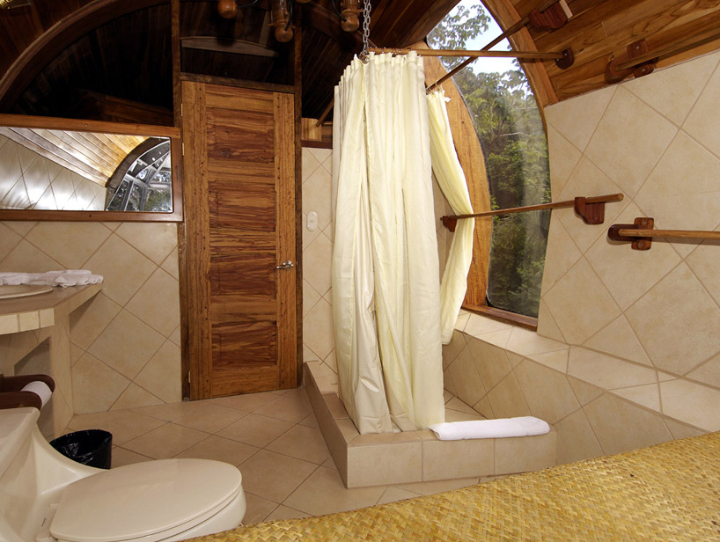 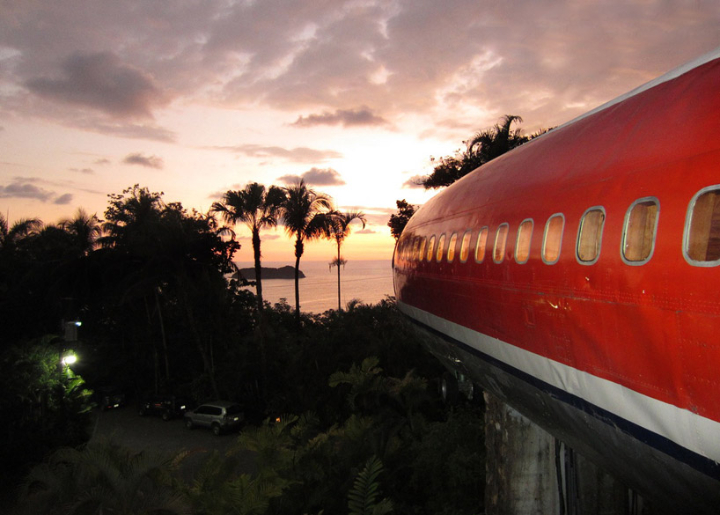