Platek lights Montagne-Saint-Emilion it has been modified: 2015-07-14 di Barbara Milini

In the French region of Aquitaine, in full production area of ​​the famous Bordeaux wine, it rises Montagne-Saint-Emilion surrounded by beautiful hills and prestigious vineyards. The heart of the town is a historical architectural complex consists of the Church and the Town Hall, very visible to the guest who arrives from far away on the road.

In view of a retraining Total area and to celebrate some of the most important events of the area, the Public Administration has commissioned a specialist in regional action on the works of reconstruction of spazi architectural. This professional figure, in agreement with the commission public, he chose the Italian company Platek, Specializing in the production of luminaire architectural, for the creation of a system of light that would satisfy the needs expressed and the various constraints and cultural landscape.

Cue for the start of work was the need of the customer to highlight the facade Municipal profiles and the church building to celebrate the World Day for the fight against breast cancer. By installing products White and red LEDs They have been performed lighting effects which allowed the Administration to convey the desired message to the citizens, but at the same time to offer a spectacular show of great impact.

The design of the light

Through careful selection of equipment to be used, a painstaking design photo-realistic look in the preview lighting effects and a precise work of the field trial, Platek donated three-dimensional visual effect and the entire architectural complex offering a solution to the client performance and reduced running costs. At the same time it was kept clear symbolism of light as a metaphor for the divine, in the ecclesial structure: receipts to the ground and projectors allow to propel the imposing figure of the Church and LED modules the tower emphasize the duality earth-sky, as well as a powerful cross illuminated with LED cold becomes protagonist of a square whose background shows the historical complex.

They were requested and chosen especially by the client to the equipment MINI CORNICHE for their compactness, the great miniaturization in the environment and at the same time for high performance. The specific nature of the project required a custom personalization of the products that has enabled to respond better to the needs exposed. They have also been studied for LED light source LED red and white in dynamic mode for windows, with white LED dynamic for the facade, in order to ensure the optimum result of light scenes at events or celebrations. 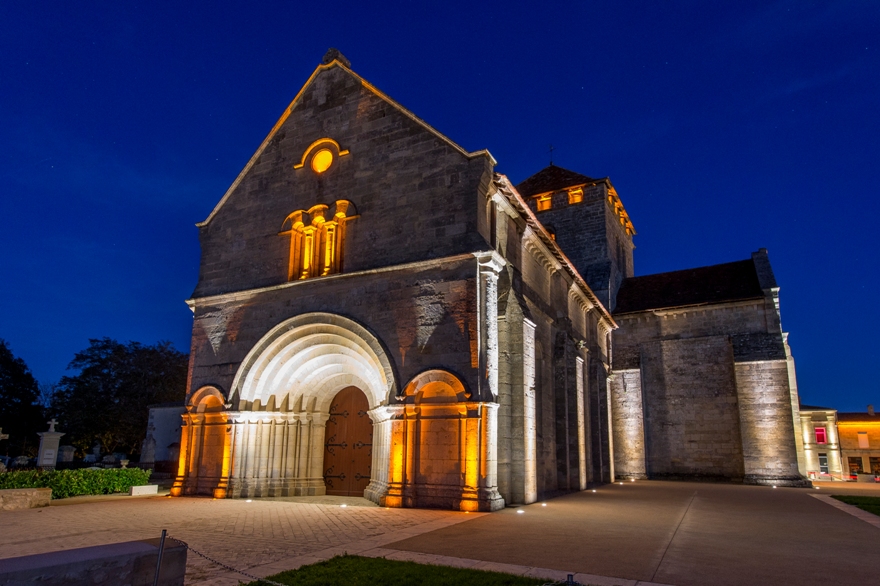 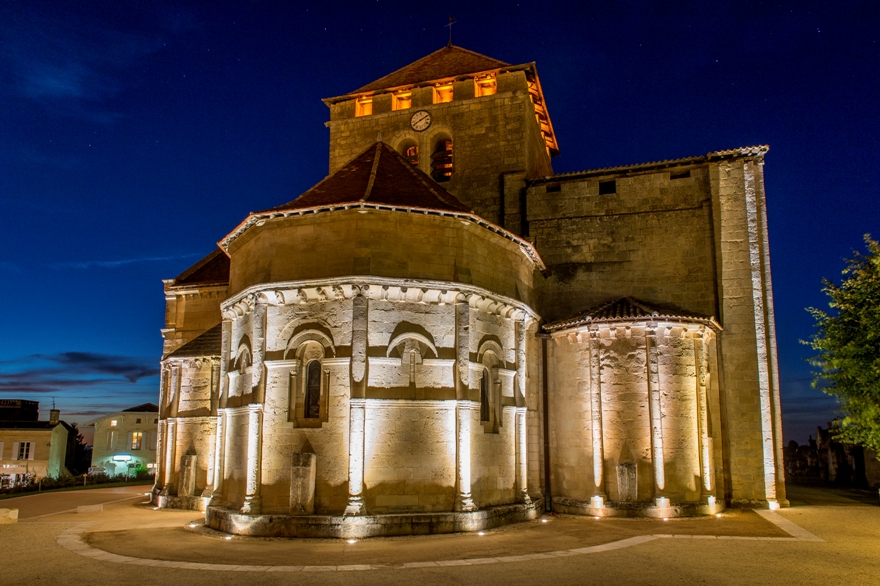 Additional products used in the project are:

Proceeds 2100 MEDIUM to light from the base side columns and the perimeter of the apse;

Floodlights MICRO SPRING - also in amber - and business 1200 MINI for wall grazing and intensive column full height in front is either at the side;

Proceeds 400 NANO amber were positioned to give grazing light to pilasters and 1200 MINI to illuminate the lateral apses;

LineaLed modules to provide uniform lighting by medallions on the facade of the Church and by the windows of the upper Tower and Municipal House.

View all articles by Barbara Milini