Victor Vasilev / contemporary renovation of a 90s building in Avenza Carrara it has been modified: 2013-10-22 di Benedetto Fiori

Victor Vasilev Architect and Designer of Bulgarian origin and Milanese of adoption has recently occupied the renovation of a 90s construction located in Avenza Carrara, In the province of Massa Carrara, with the collaboration of Mattia Susani, Valerio Pascuzzi and Mauro Soldati.

From the original, rather anonymous construction, the client wanted to be able to recreate an essential and contemporary environment that would provide all the comforts albeit in a simple and minimal space.

After careful analysis and evaluations, the architect Victor Vasilev has restored identity and personality to the building, managing to combine technological complexity and formal cleanliness. Under the guidance of geometry, matter, light and functions have been merged in a space where nothing is left to chance and where attention to detail emerges strongly, giving the living unit an indisputable visual and practical coherence. 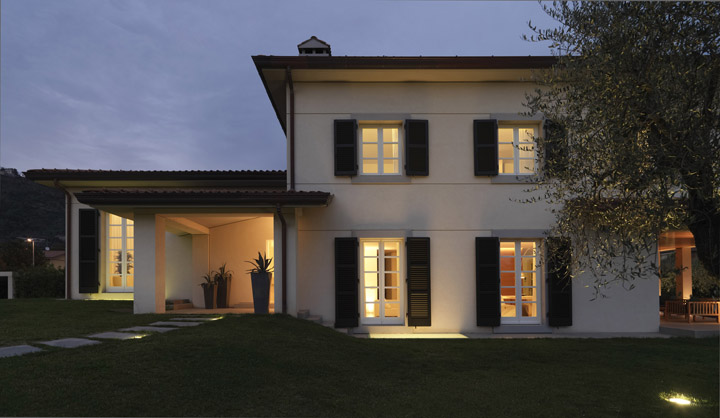 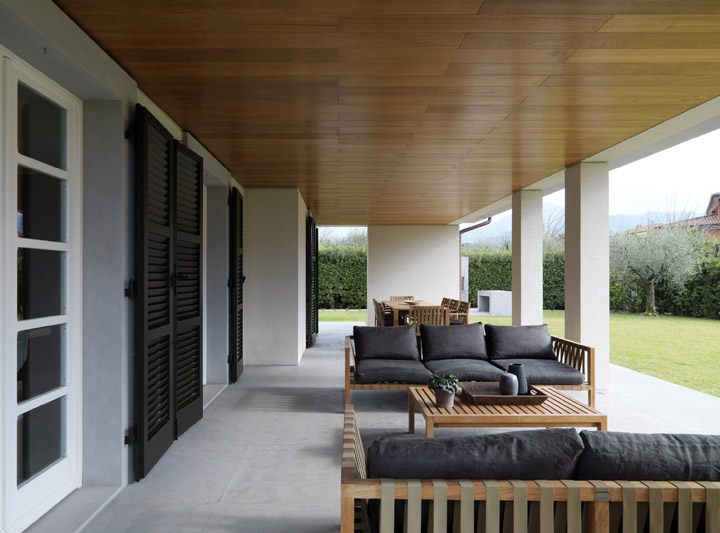 The house is on three levels.
On the ground floor there is the living area. In this space, the living room, dining room and kitchen areas flow seamlessly into each other. The original structural differences in height thus become a unique opportunity that the architect Vasilev uses to propose functional sculptural systems, which aim to enhance the qualities of the stone used for the cladding. The choice of materials used is equally clear: classic travertine, teak and black marble. Indirect light completes the final design, creating a one-of-a-kind drapery.

A series of natural stone steps, which appear as if suspended in the air, lead to the first floor, where the sleeping area is located. The master bedroom is a space of 40 square meters in which there is no clear separation with the bathroom and the walk-in closet. The wise use of the walls, in addition to ensuring a homogeneous diffusion of artificial light, guarantees the functional intimacy of the different areas. In the bathroom, the travertine bench is the element that best represents spatial continuity. The double sink that rests on it was made to measure to “free” the view from the cumbersome presence of taps and accessories.

The basementfinally, it is dedicated to relaxation: here you will find the audio & video area and a space reserved for well-being. The wide staircase leads to a mini pool, immediately the absolute protagonist of this space. Inserted into the floor, it is bordered by a "gorge" for collecting water and has a sophisticated hydromassage system. The space is also equipped with a hamam and a double shower.

«Clients often - says architect Victor Vasilev - live in fear of somehow being“ forced ”to give up their way of life in order to enter the temple of domestic architecture. I believe that the success of the project lies precisely in the ability to find functional and aesthetic solutions to all needs and that, above all, they can last over time ". 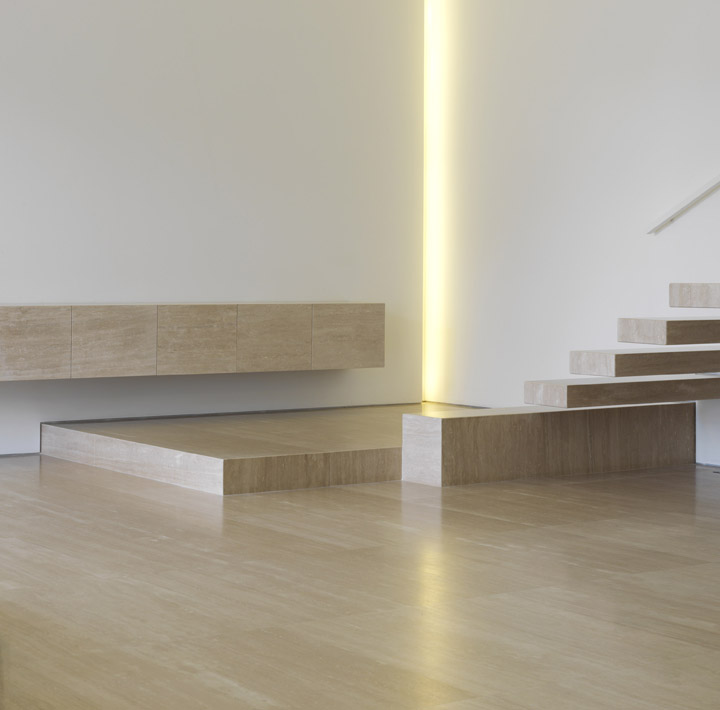 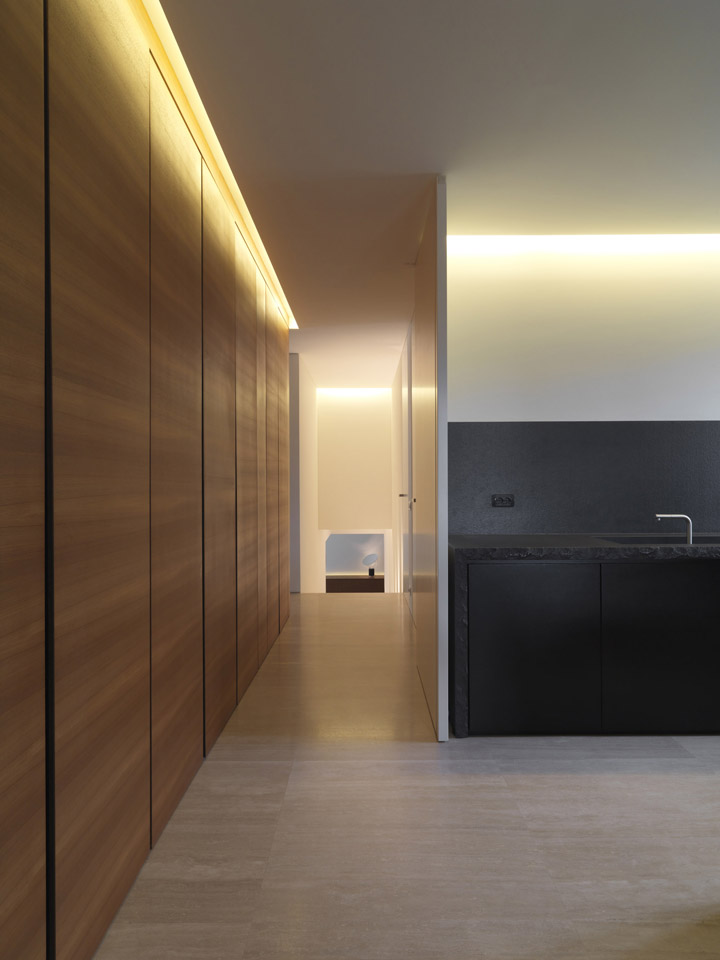 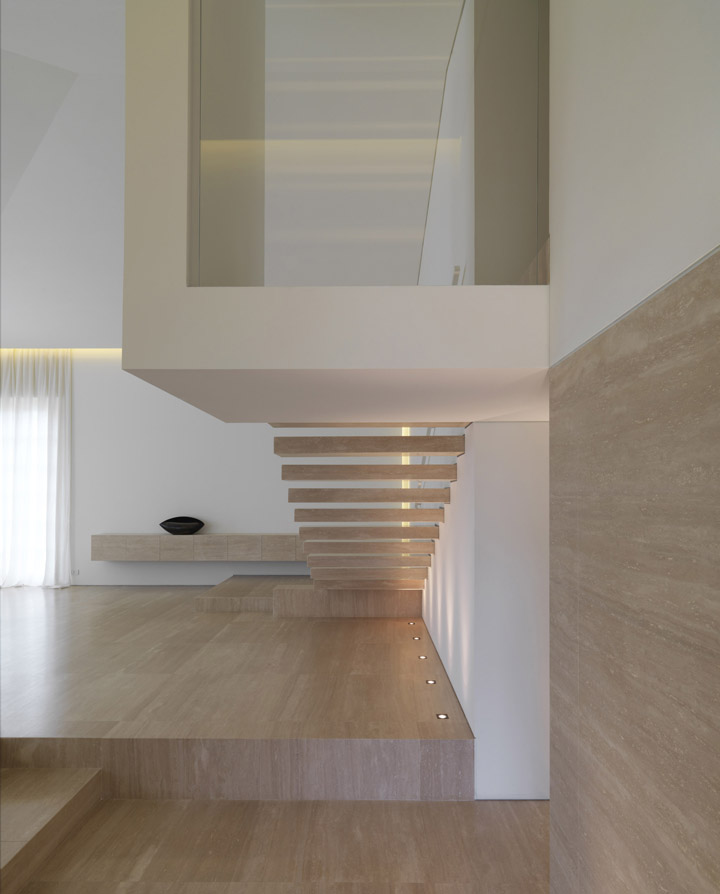 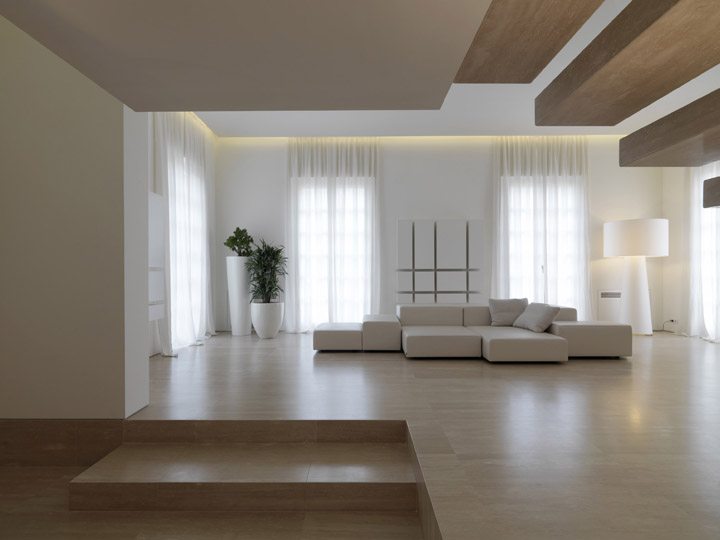 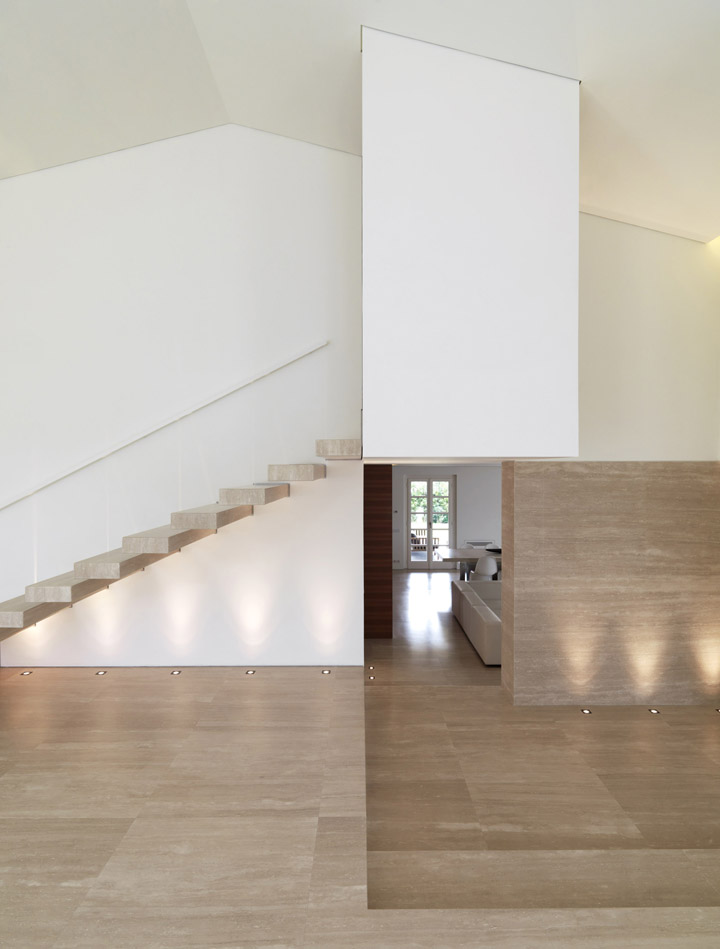 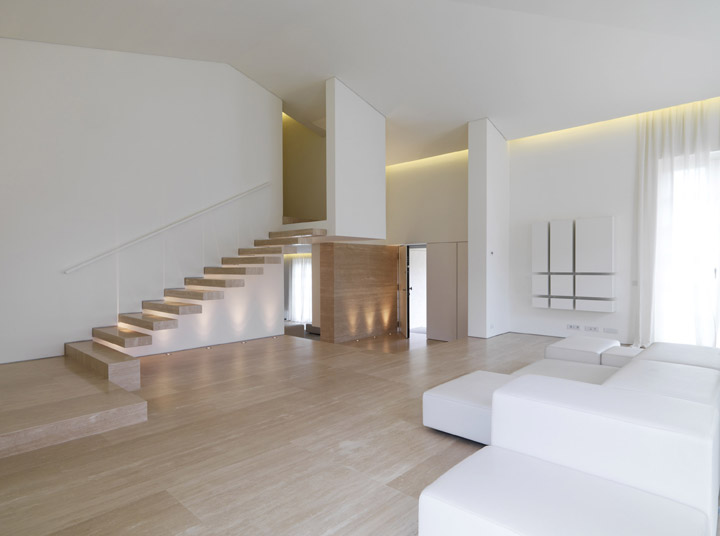 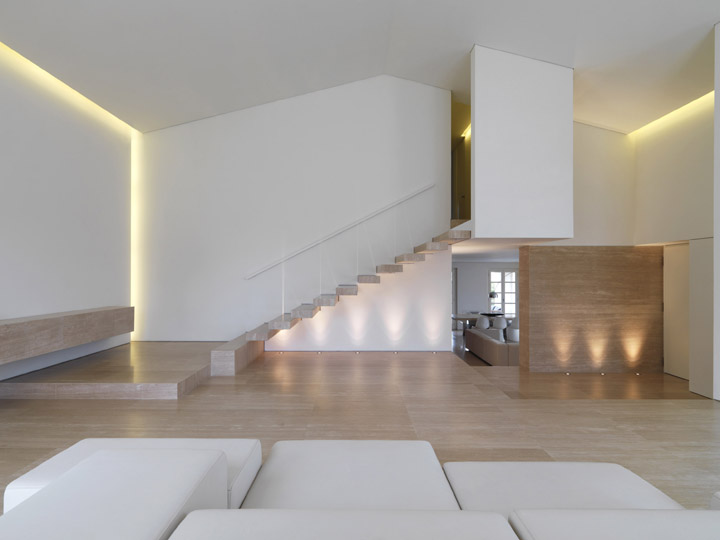 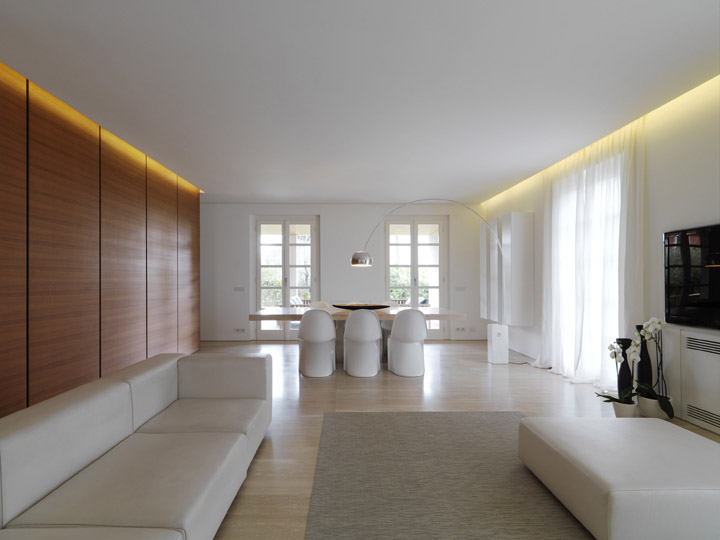 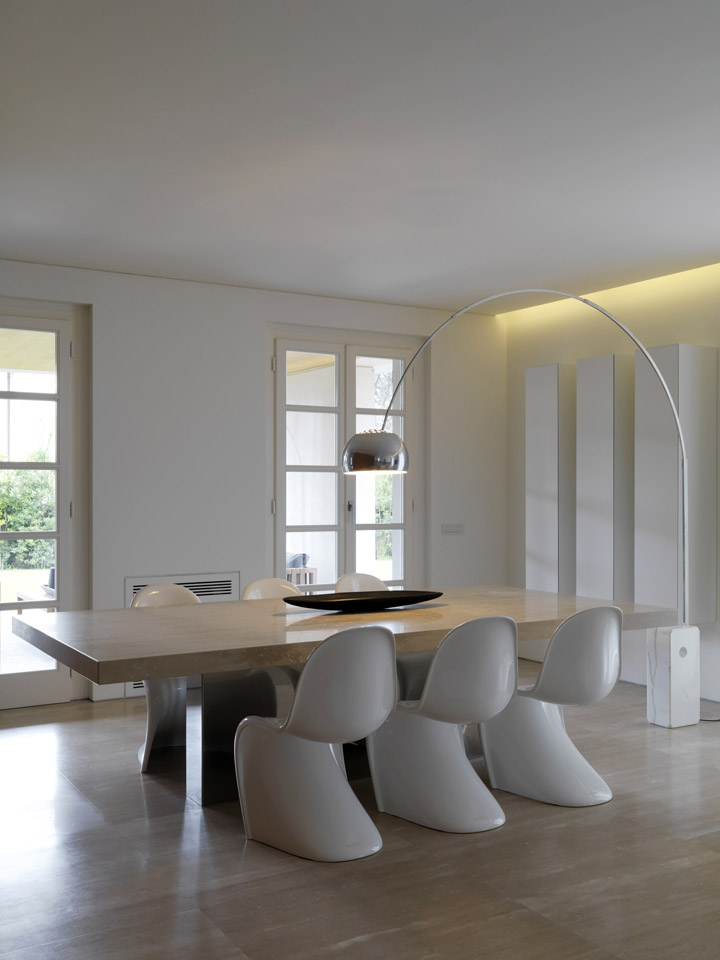 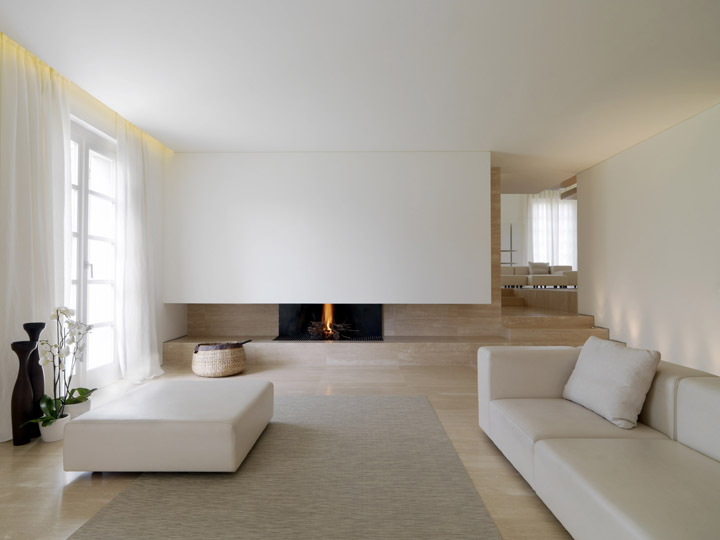 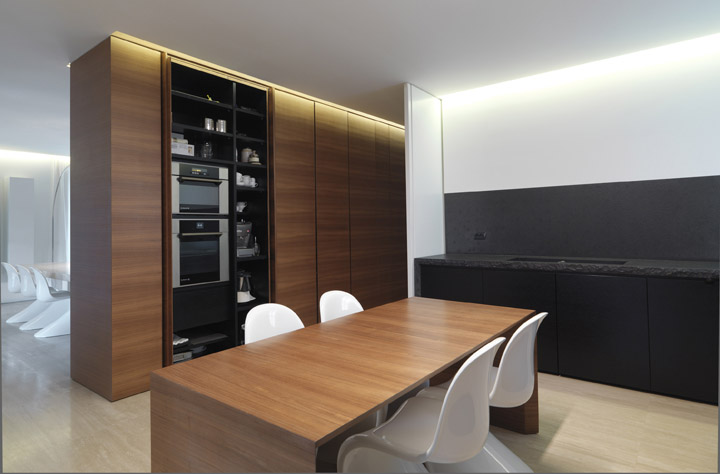 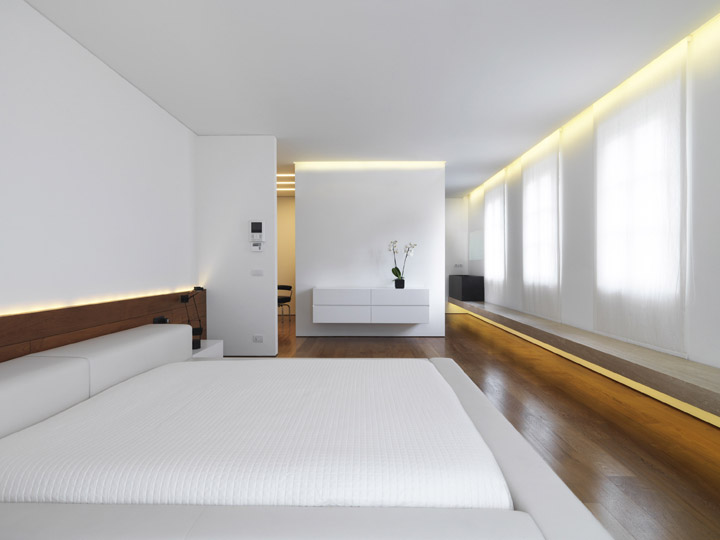 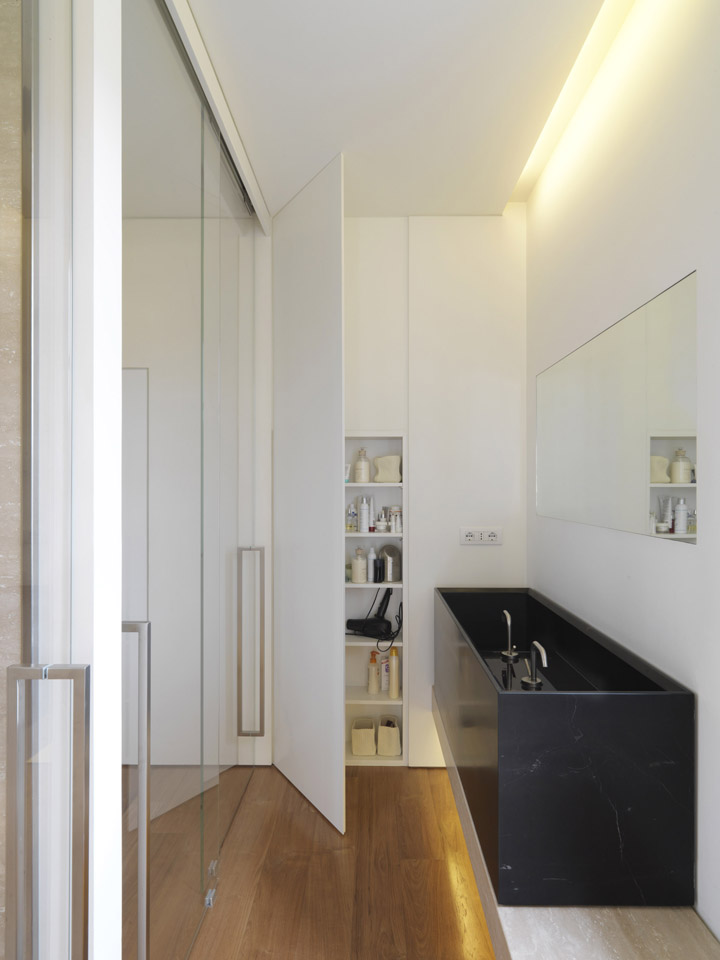 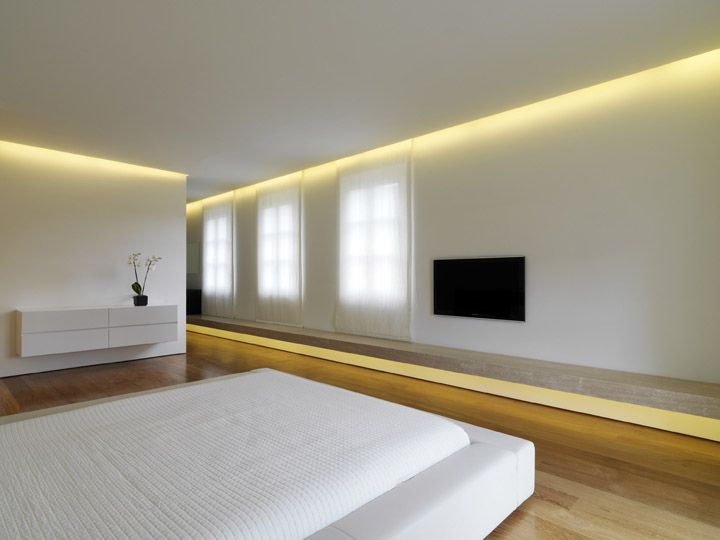 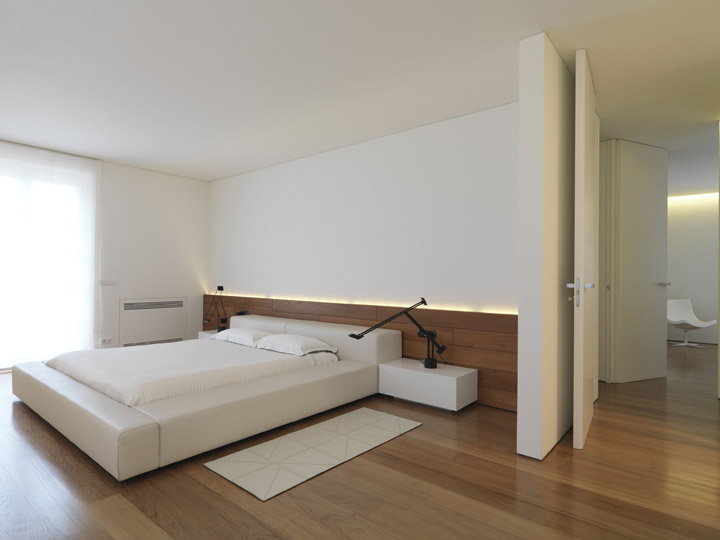 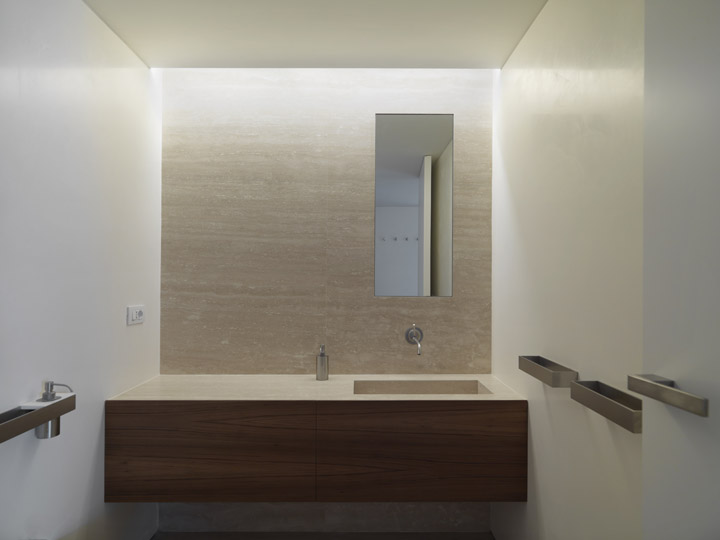 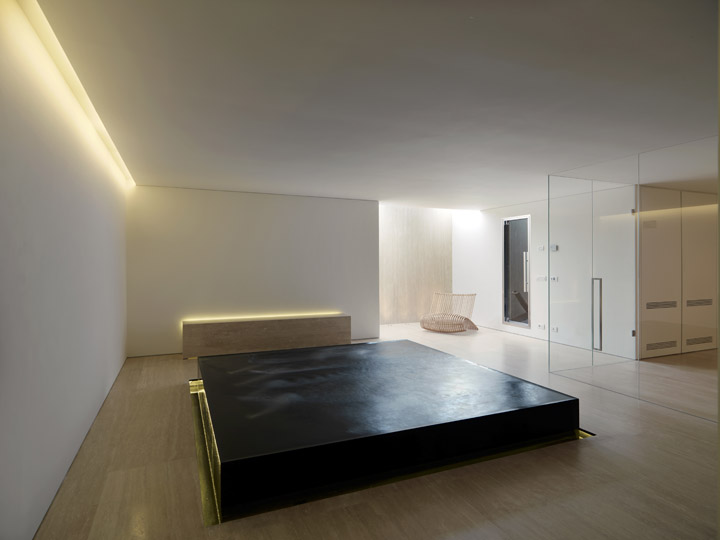 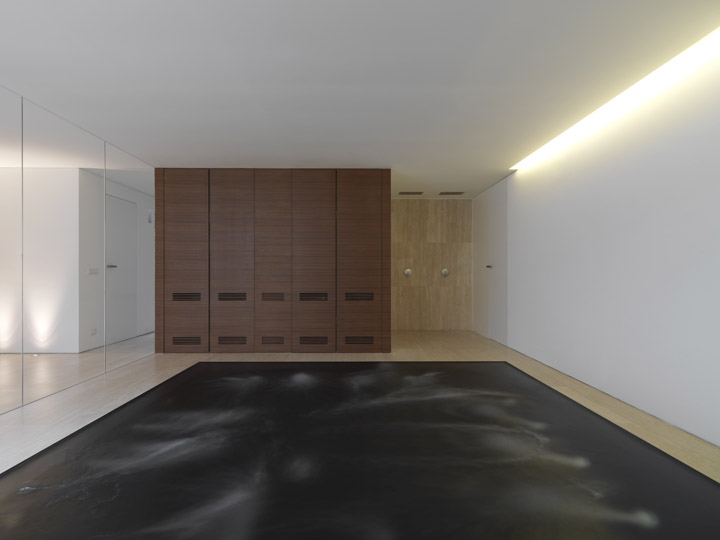 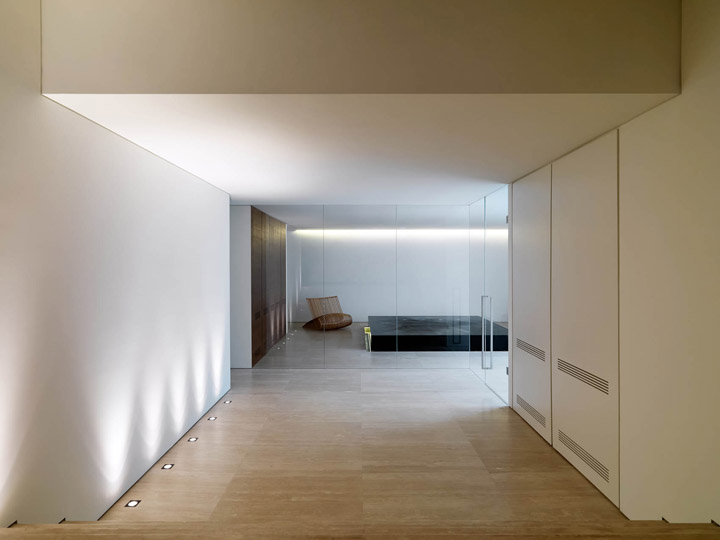