The Pod Pavilion / Studio Nicoletti Associati it has been modified: 2011-06-18 di Benedetto Fiori

In the Petaling Jaya area, west of Kuala Lumpur, a major urban development is underway for the creation of a new urban center. As a reference point for this area, the developer wanted to host his on-site offices and showrooms for sale in a landmark pavilion reflecting the spirit and architectural style of the whole development. Drops of water in nature was the inspiration for the 'Il Pod' pavilion structure, by Studio Nicoletti Associati, Creating a dynamic form spherical resulting primitive archetype edificiocon a modern twist.

The round, soft shape of The Pod is formed as a series of elliptical section of varying widths and heights. Strip of windows brings natural light into the spaces below. Internally, the pavilion is divided into two parts: one area is dedicated to the office area and the other contains the main showroom. The building appears to be cut diagonally into a series of ribbons that wrap up and beyond the building creating a dynamic space inside, forming a protective layered shell.The structure is made from tubular steel components with leather exterior in spectrally reflective aluminum panels. The outer skin changes color with the change of the sun's reflection, dynamically. The Pod is surrounded by greenery and a water pool that will contribute to the bioclimatic behavior and well-being of its inhabitants. 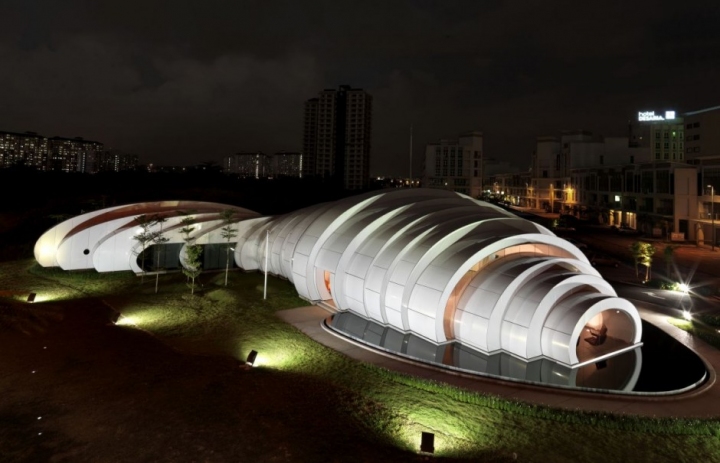 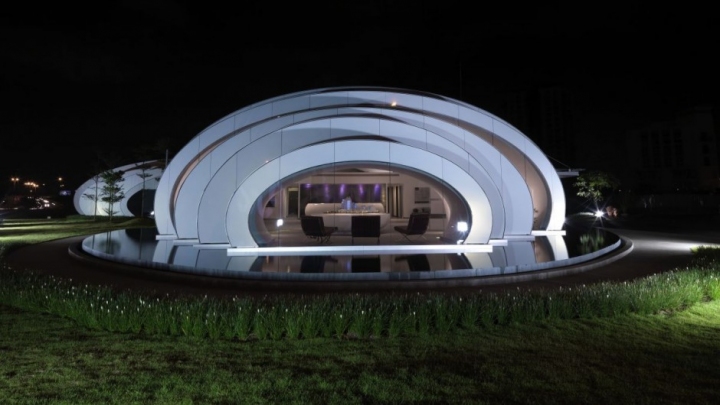 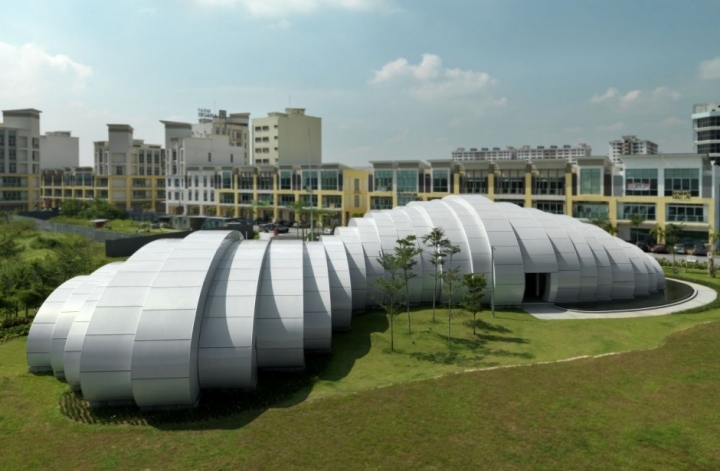 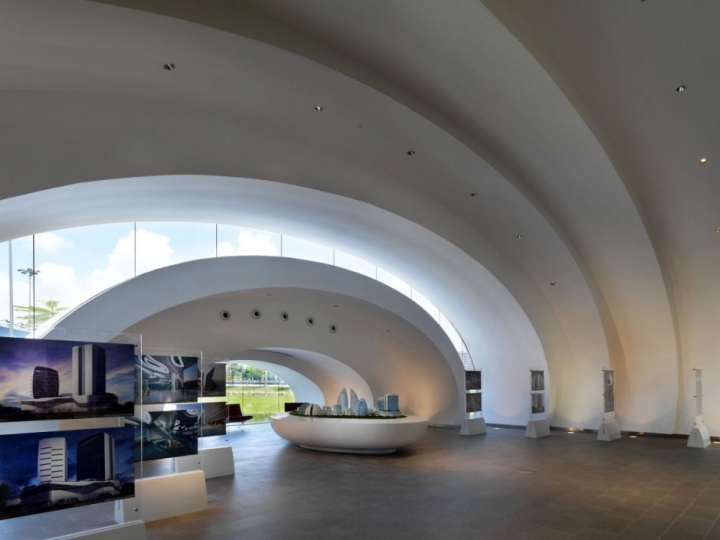 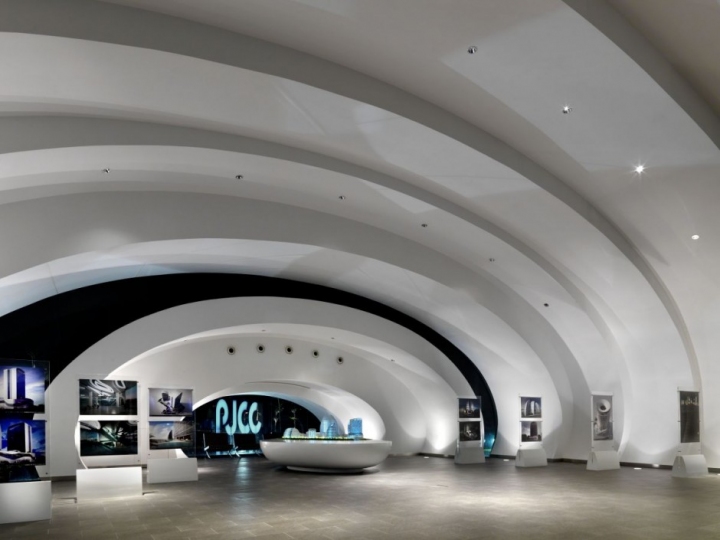 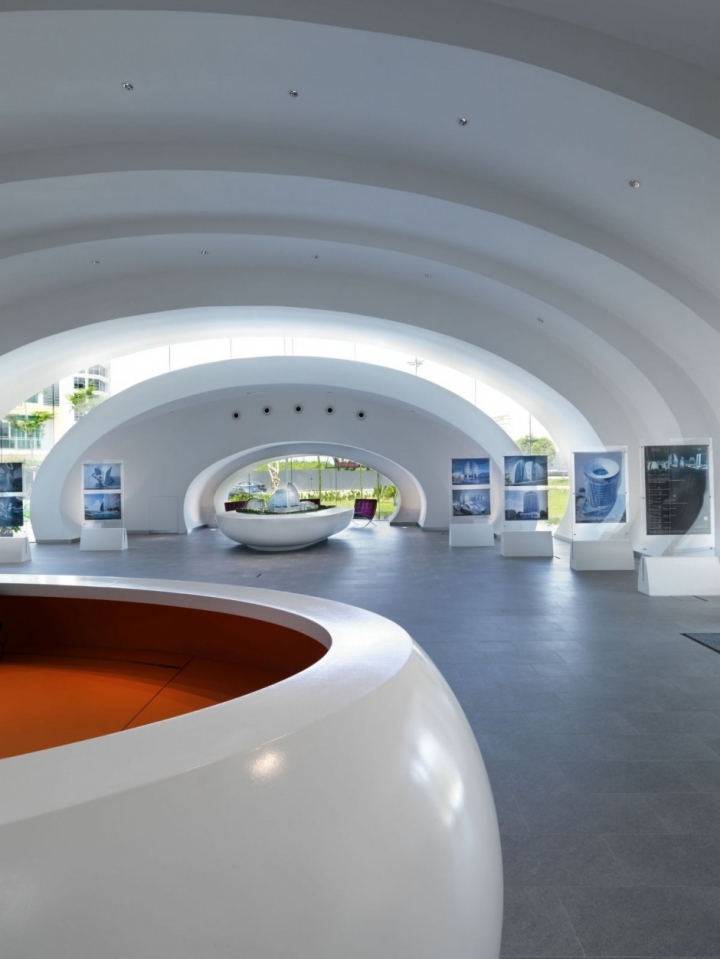 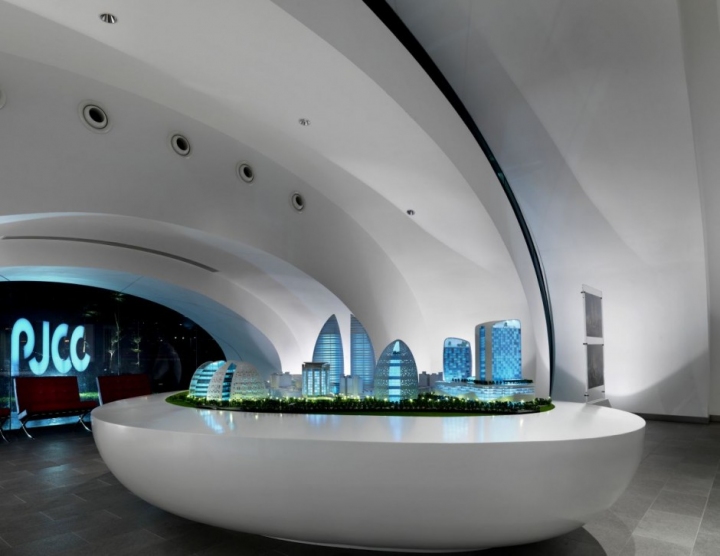 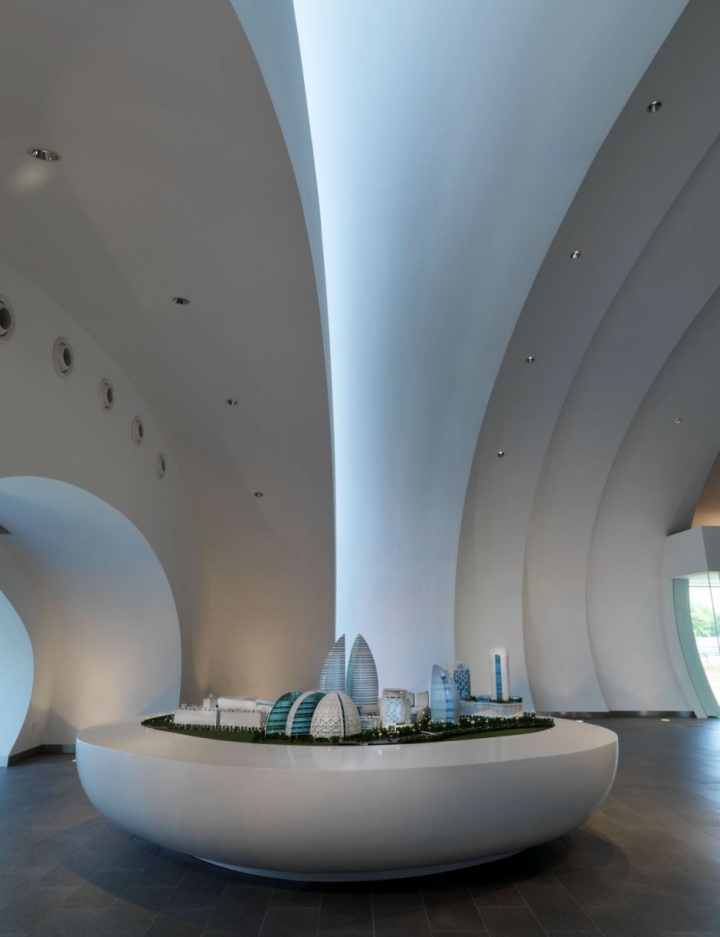 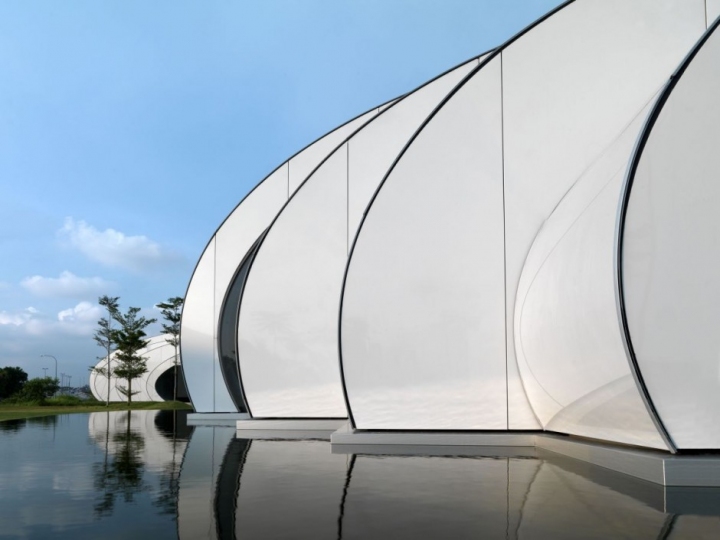 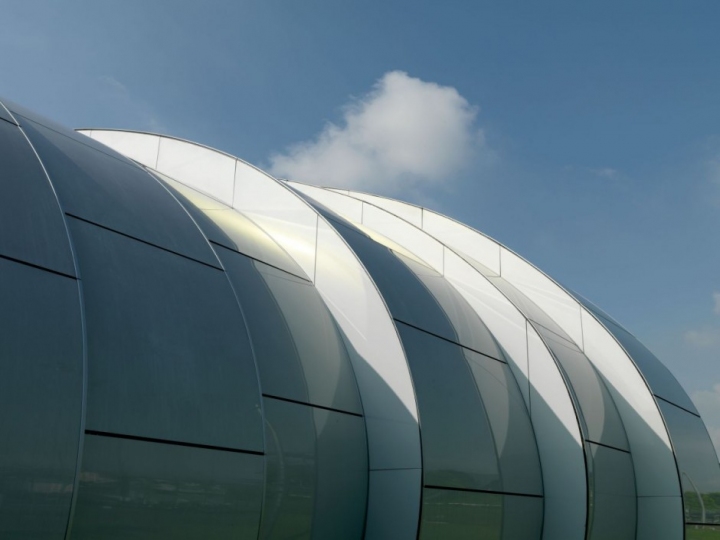 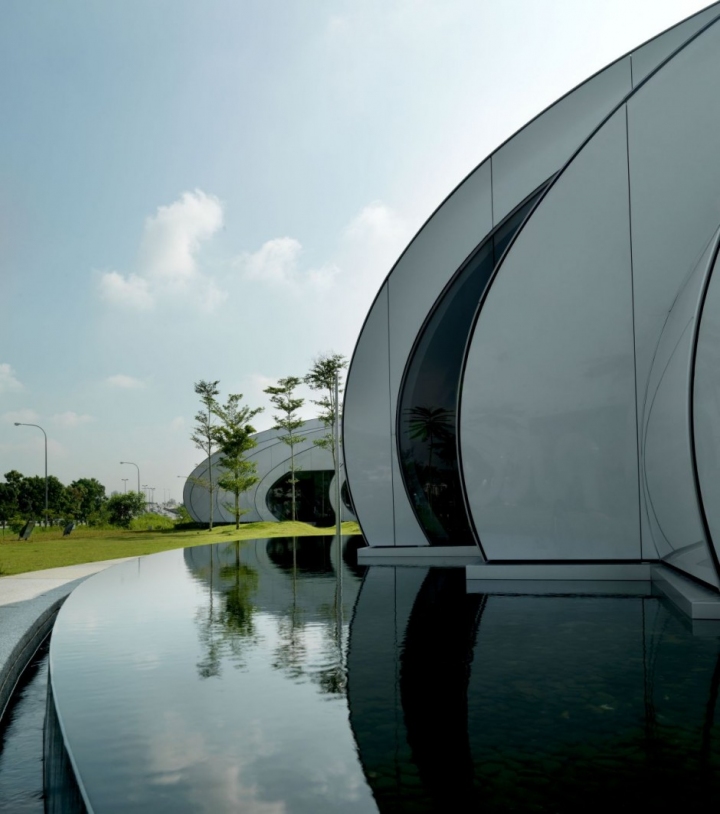