The latest renovation of SquareOne is located in the basement of a residential building in the center of Bucharest, was once home to some of the most successful clubs decidedly sexy 90 years, some of which have a notorious past and also dark. 5 years after closing the Shade Club opened its doors to reveal a modern design that reflects the history of the local scandalous.

The first of the three spaces defined within the club is also the largest and has a high density of structural pillars. Covering the pillars with mirrors and three-quarter application lights on two sides on each, the columns seem to disappear and a "forest of lamps" emerges. The volumetric pattern on the surrounding walls is made of dense CNC polyurethane foam painted white. Behind the model are mirrors that continue the visual effect of the mirroring of the pillars. The second space is a circular room that surrounds the central hall. Given the shape, the designers opted for an organic design that incorporates a Baroque decoration. The row of structural pillars were covered with a Corian skin. It is a vertically extruded soft and organic shape. The Corian leather was engraved with the CNC graphic design into the surface of the material, then a special mold was made and the processed Corian plates were thermoformed. Exactly the same was done for the semicircular bar in this space. The walls have an MDF structure, and extremely flexible thin coatings on which the graphic designs applied on the surface have been cut. The smaller space is quite isolated from the rest and features hand-made graphics on the walls. 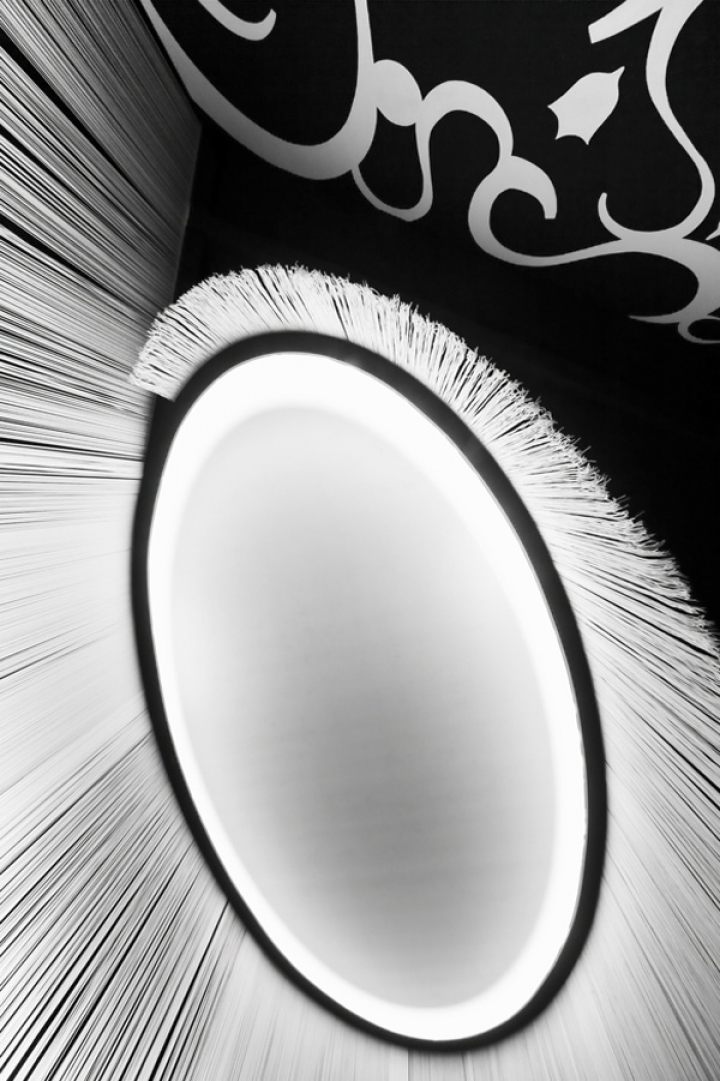 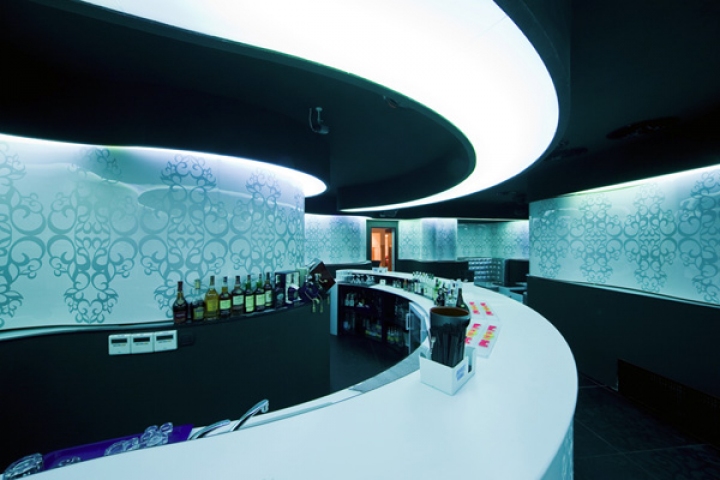 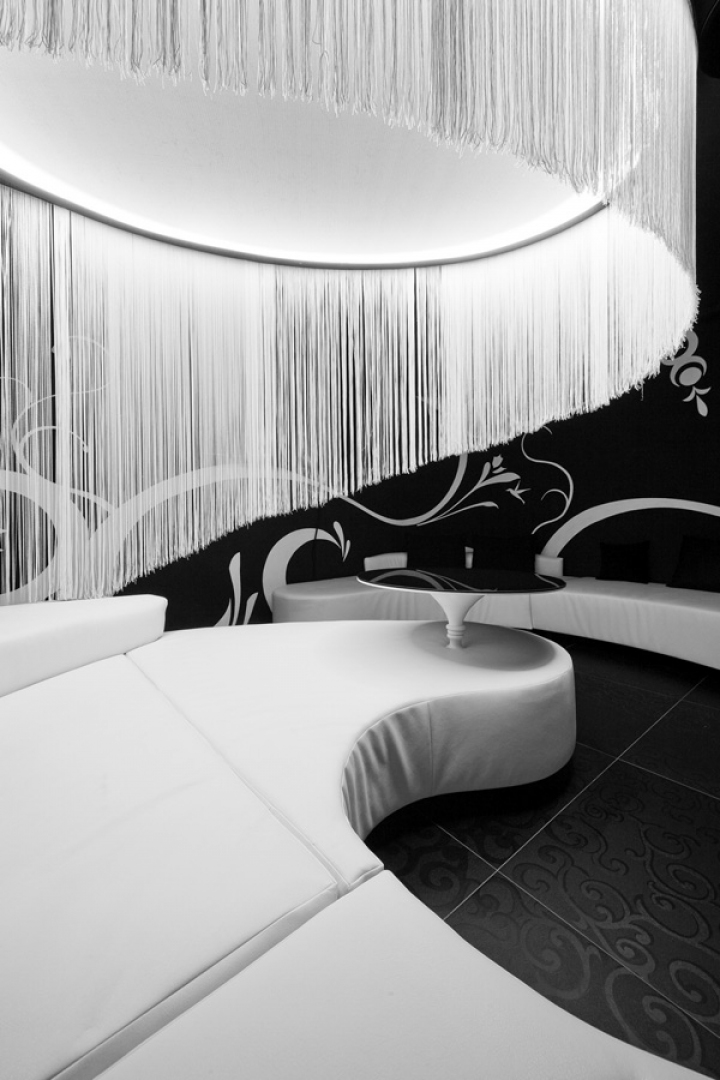 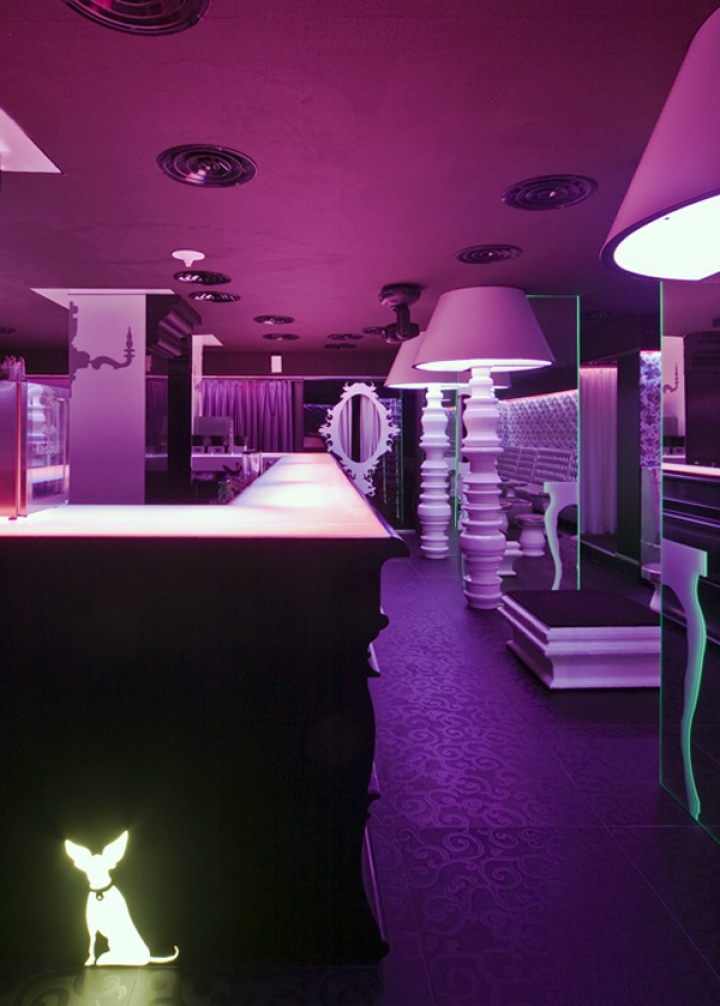 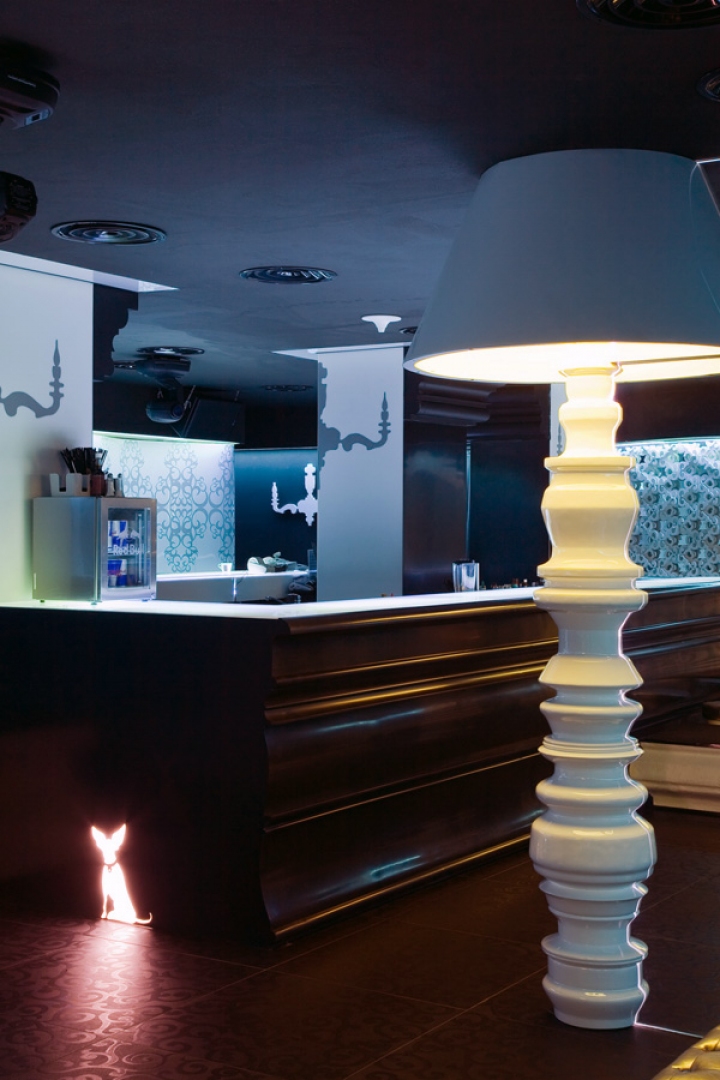 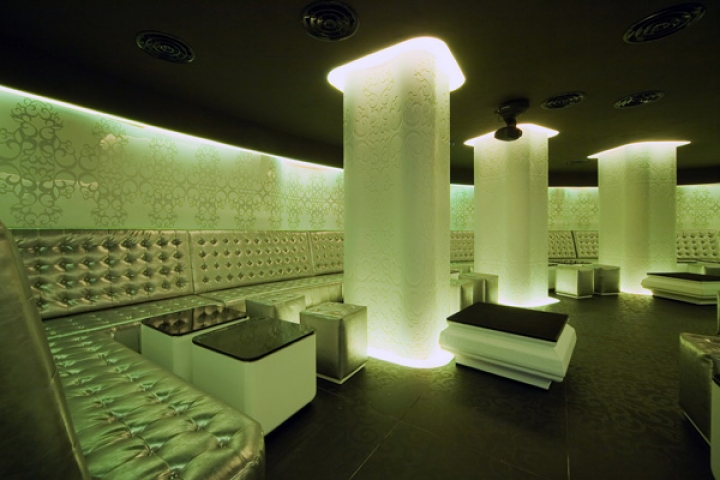 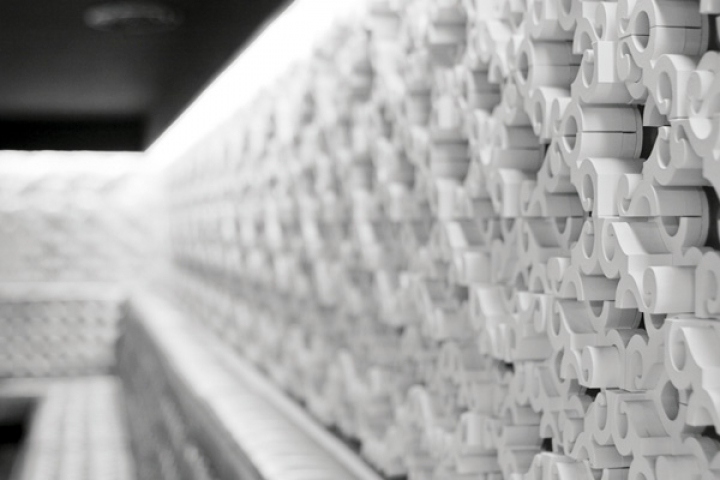 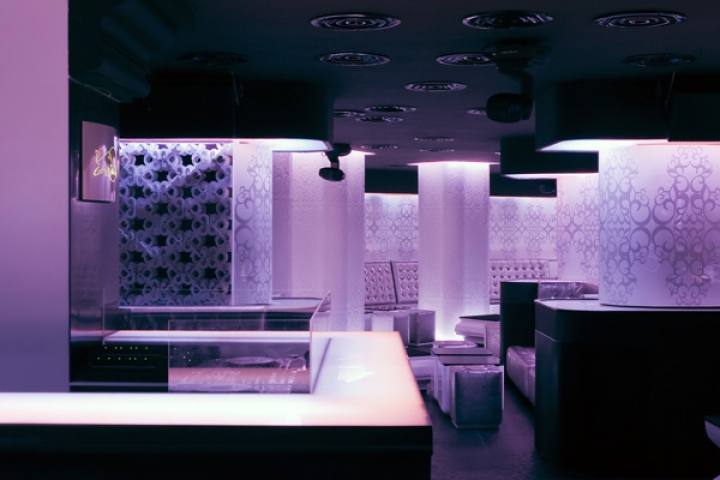 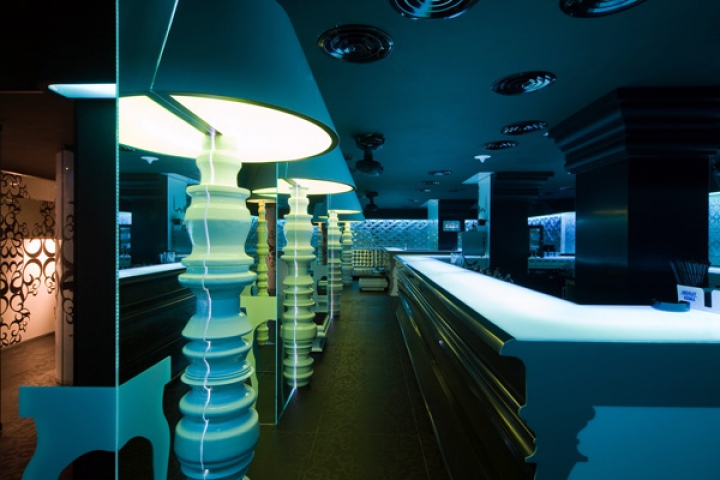 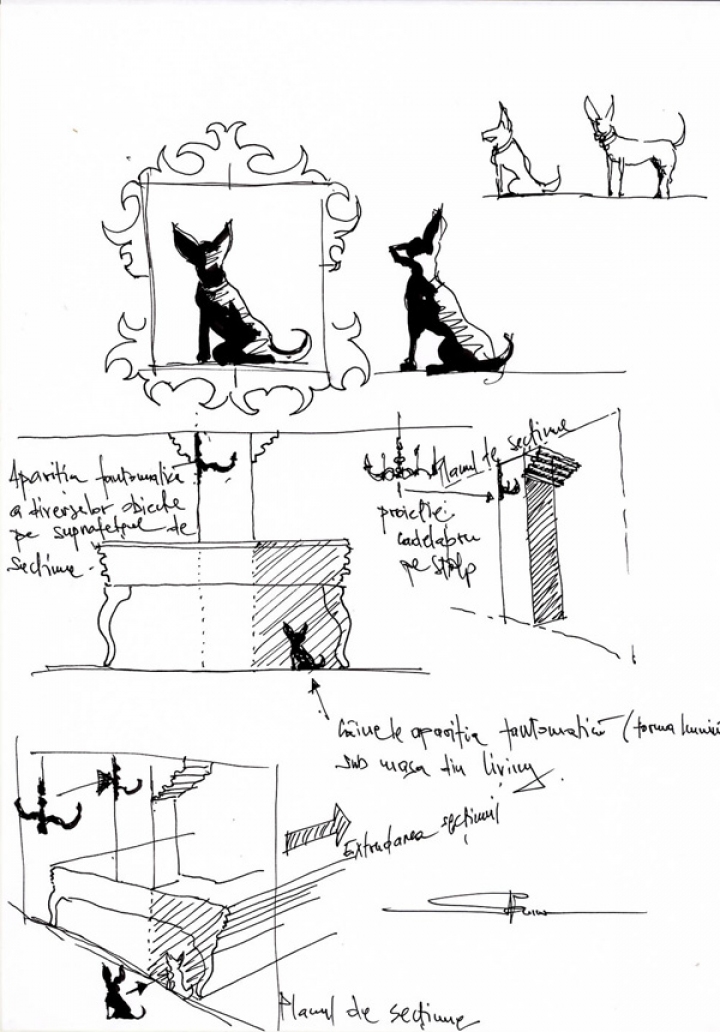 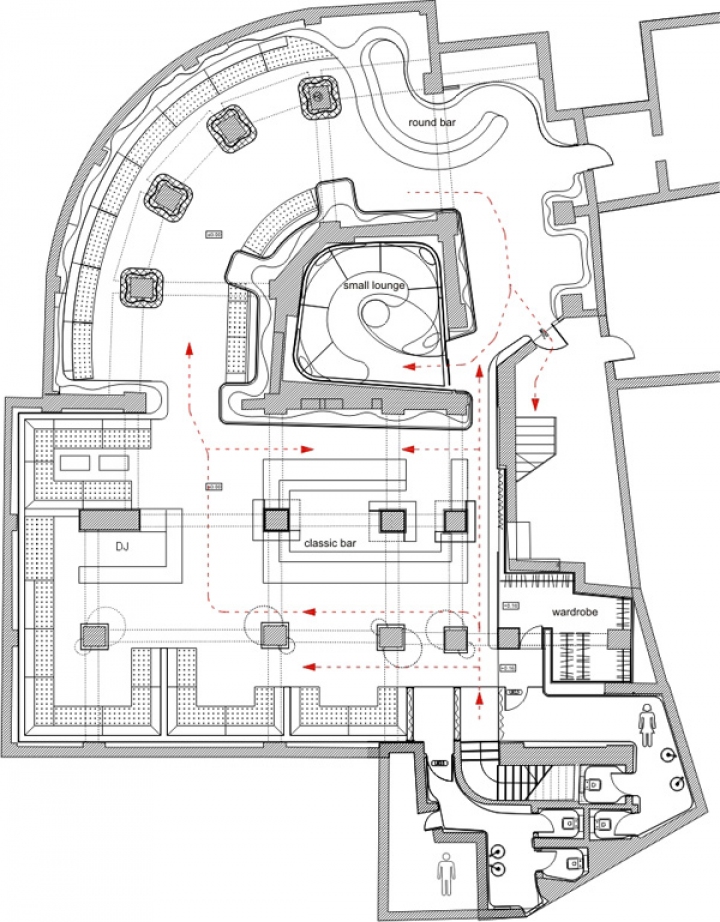