Located in the historic center of Bucharest, known as "Cafeneaua Veche" (The Old Café), the eclectic Bar Evolution was made with HI-MACS ®, contrasting with the style of the building in which it is inserted, bringing a fresh style and contemporary for the new interiors.

Bar Evolution, located in the basement of the building, is part of a renovation project by young designer Sebastian Barlica. The owners' wish was to design a space with a Mediterranean restaurant on the ground floor and a night club in the basement. The basement is characterized by a brick vault, with transverse arches, has a relatively small surface and the task of transforming it into a contemporary space, club for entertainment and nightlife is very demanding.

This is why the designer approached with the idea of ​​harmonizing, on the one hand, the classical and stylized Byzantine decorative elements, such as the paintings on the main transverse arch, and, on the other, the modern and decorations made of HI-MACS ®. 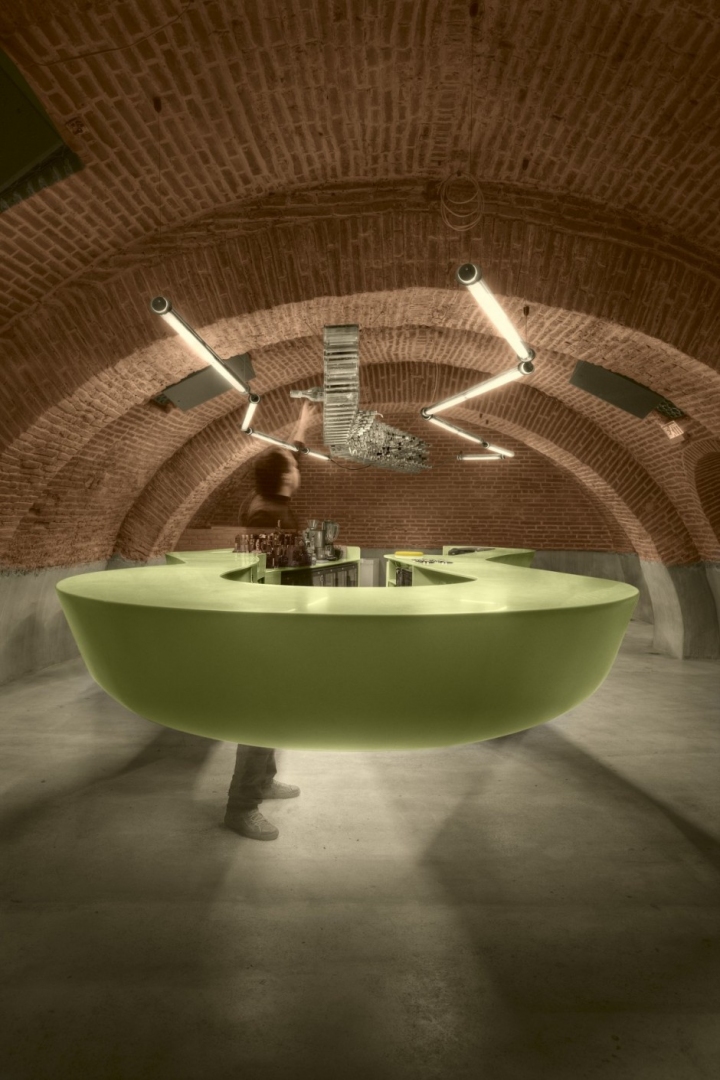 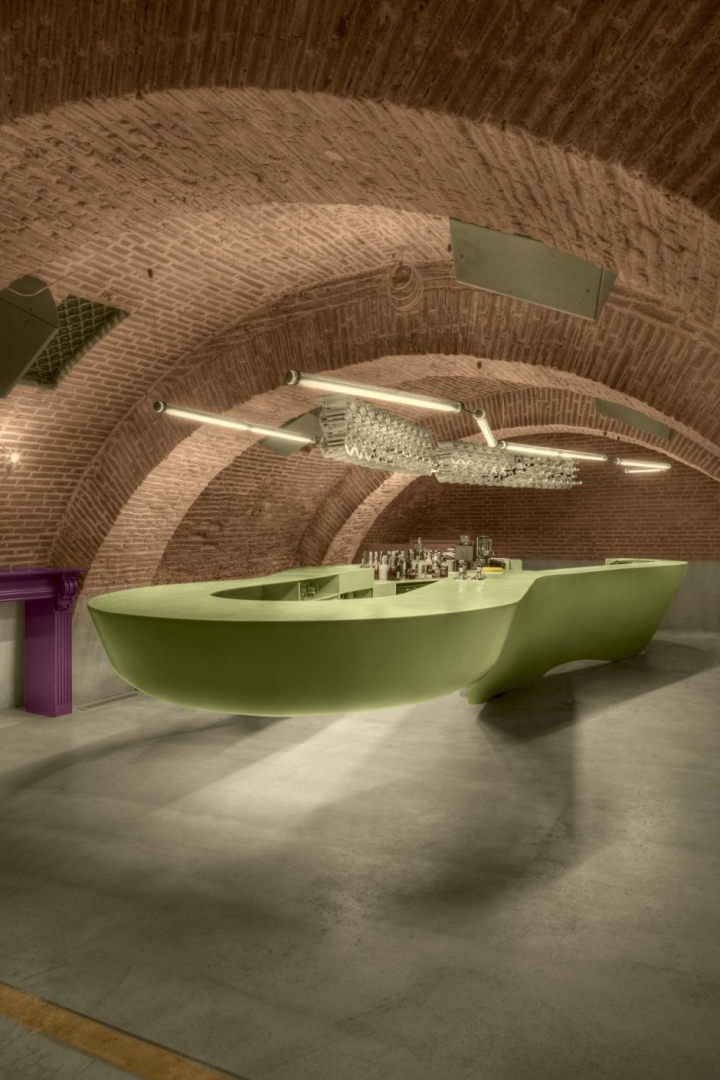 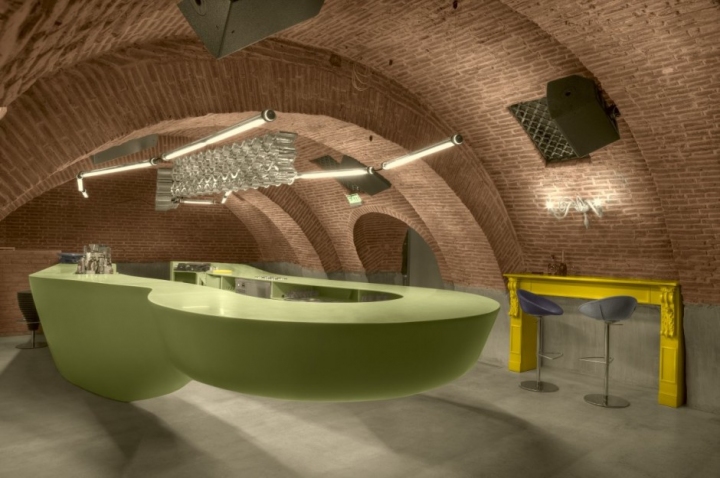 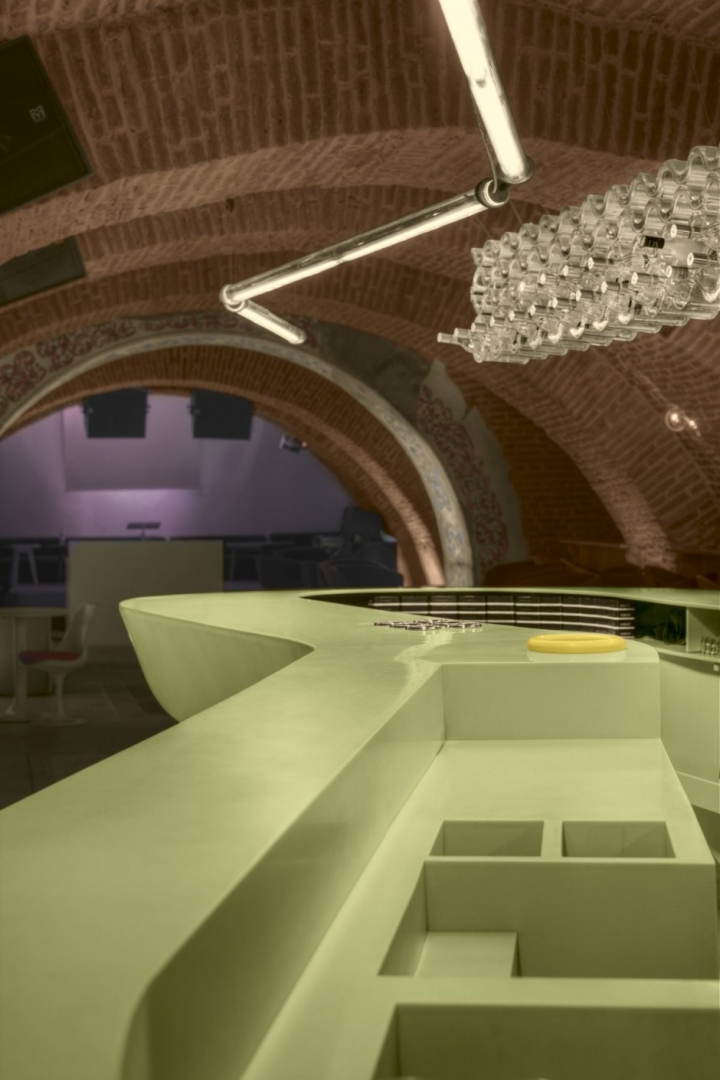 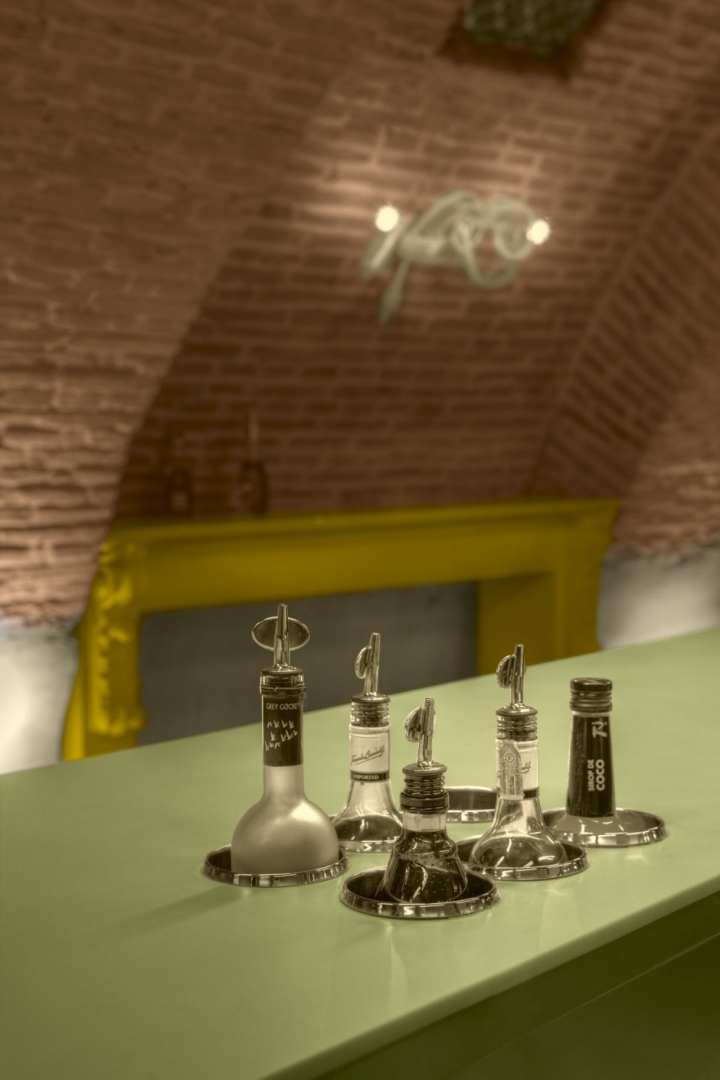 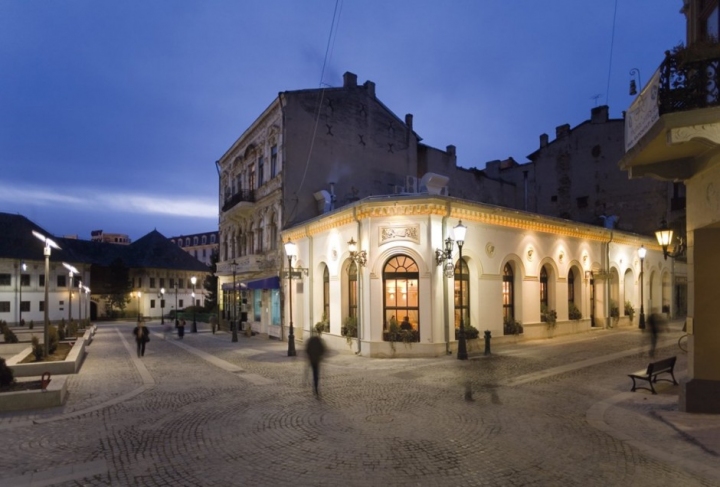 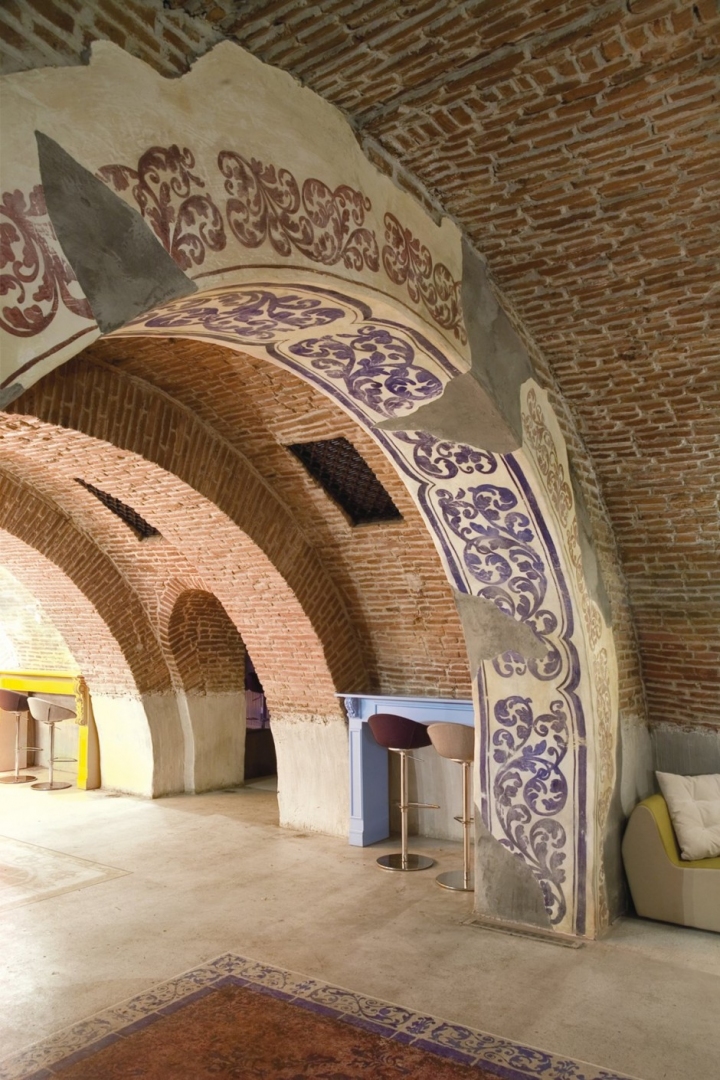 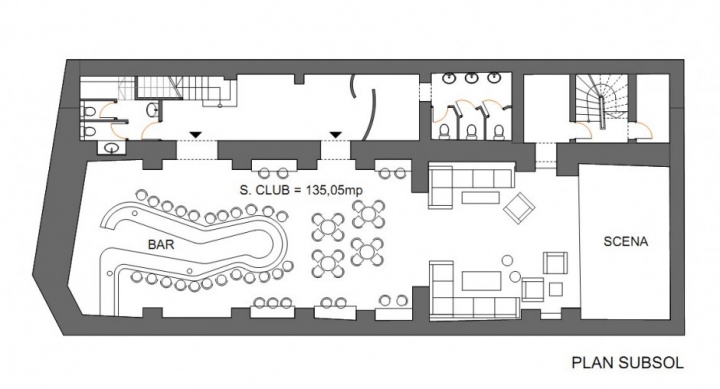