Mauro Crepaldi / Center Services to Citizens in the City Hall of Copparo it has been modified: 2013-11-27 di jessica zannori

The draft Mauro Crepaldi part on the willingness of the Administration to transfer the ground floor of the Palazzo Comunale di Copparo the most important services for the citizen, by improving accessibility and the relationship with users. The central atrium of City Hall, opened on the square in Copparo, and for years subject to neglect and decay, becomes the focus of this paper. And 'characterized by three large wrought iron gates and a single room with large columns with dominant vaults.

The inclusion of transparent glass, placed at the outer edge of the main arches, allows the realization of a major boardroom and reception citizens input. The project is characterized by the inclusion a platform oak that communicates with the existing architectural elements and leans slightly to the paving tiles decorated cement paste, made in the early decades of the last century.

This solution, in addition to emphasizing the surface and protect it, with a simple gesture allows to link the neighboring environments to a single share and hide inside the dorsal plant for cooling and heating, without aggressive intervention. At the center of an island it collects the information point, highlighted by a white lacquered table surrounded by a low volume, also in oak, which encloses the heating elements to be used for waiting users.

The operation is completed by recovery of the original architectural elements, Hidden by several layers of paint and degradation, such as friezes and capitals floors, doors and walls, which have been sandblasted to be brought to light and retrained. Next to the atrium, were restored also the neighboring environments, following the style and finish of the interventions previously made in the rest of the Town Hall with the inclusion of a large white table in C collects all major branches for citizenship. The light follows in part the performance of the table and in part is diffused through linear cuts made in the ceiling. The project was created and directed by Heritage Copparo Ltd., in-house company of the City of Copparo. 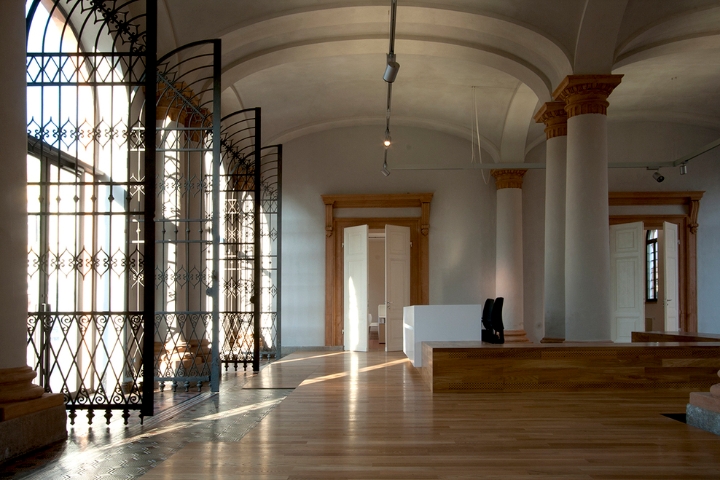 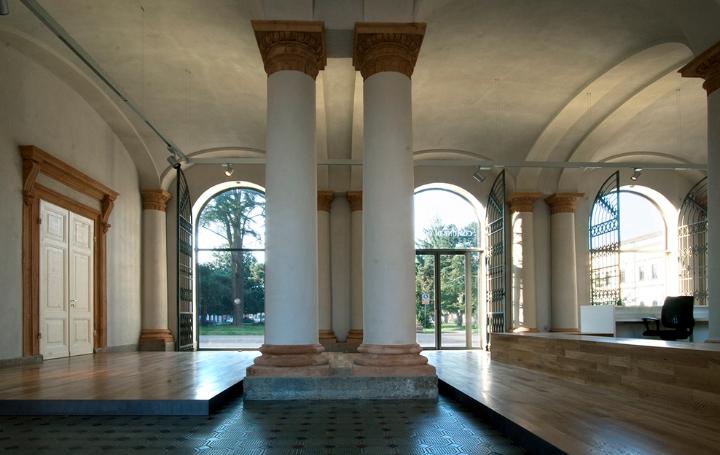 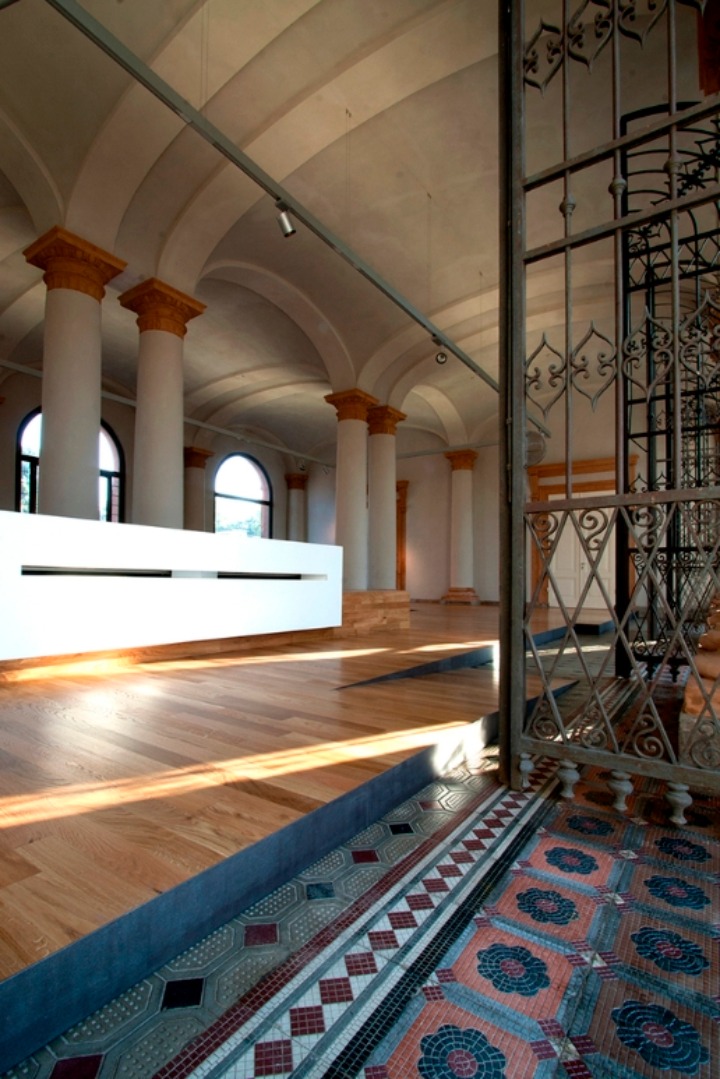 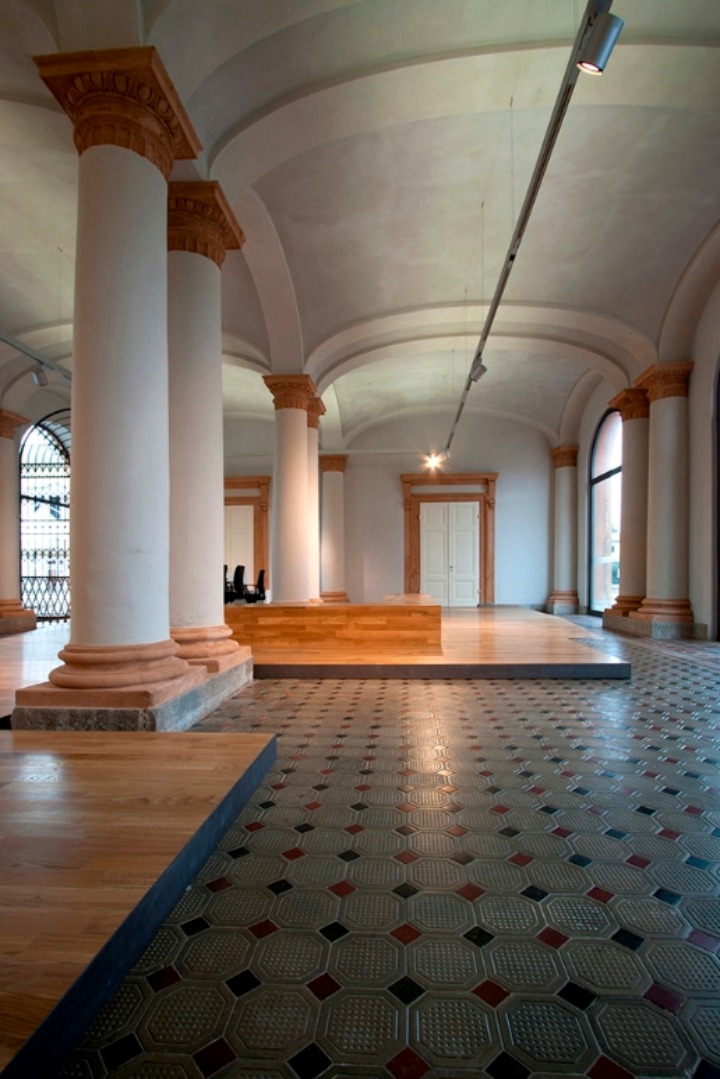 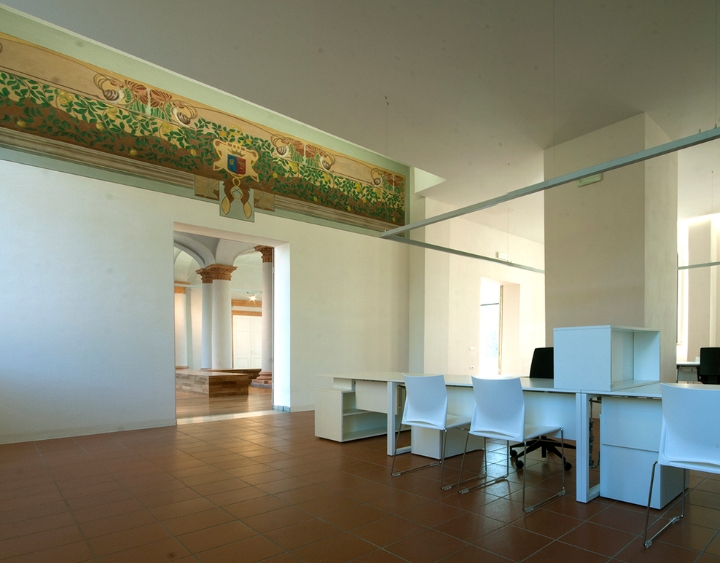 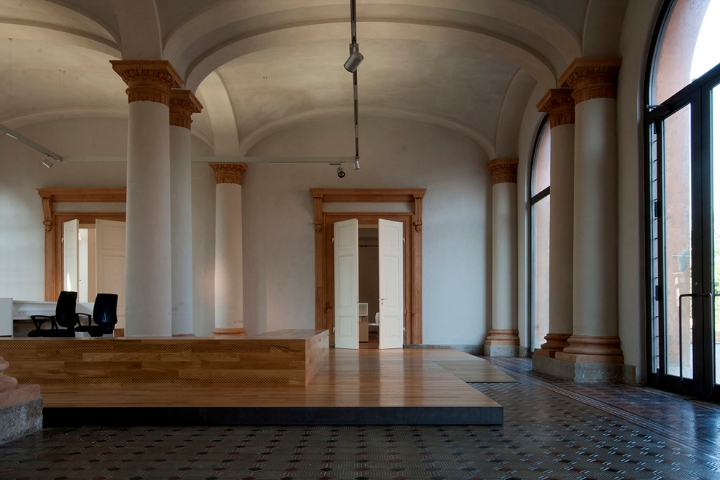 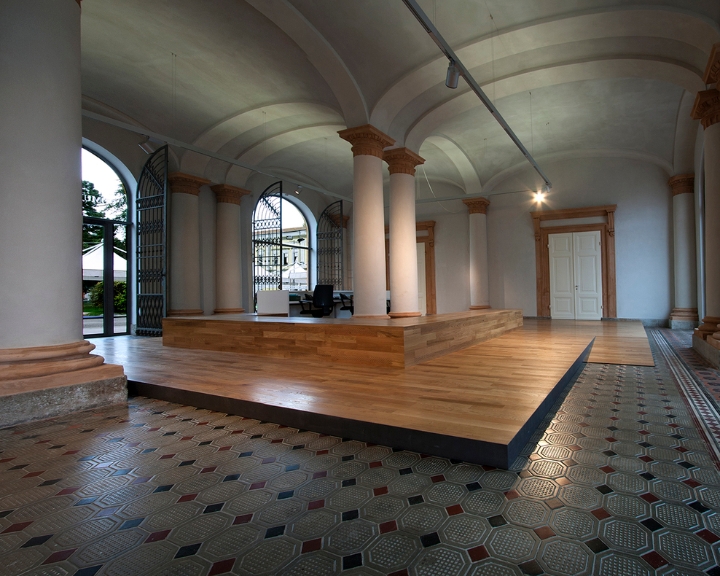