Hermes boutique was designed by IBLJ and is a conversion of the Lutetia swimming pool located in the heart of Saint-Germaindes-Prés, district of Paris, France. According to the architects, the project led by Denis Montel and the RDAI teams mixes contrasts and complementarity. It was imagined more in terms of

volume rather than surface, in m3 more than in m2. In the end, it's such a radical and surprisingly sweet intervention. The project has a dual purpose. First of all, to respect, preserve and reinterpret the architecture of the pool. The only major change was the pool cover by means of a composite concrete slab supported by a lightweight structure. Below, the swimming pool has been fully preserved. The facade overlooking the rue de Sèvres has retained its original appearance. In this volume, lighting is key. The entire space is bathed in natural light that penetrates through the three large skylights above the atrium, softened only by a metal screen. 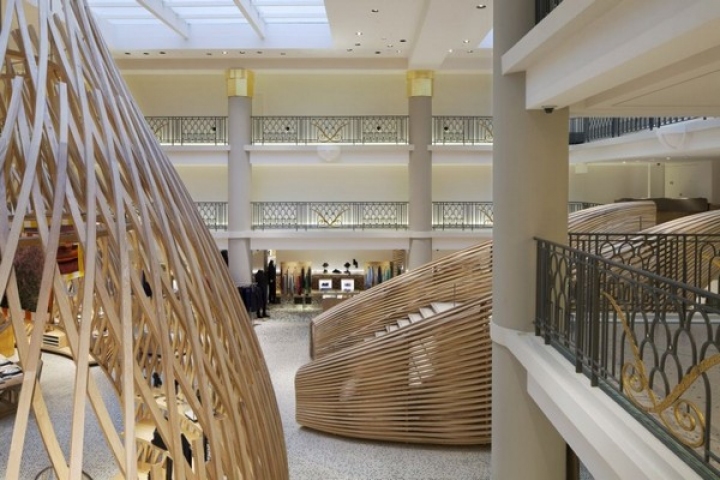 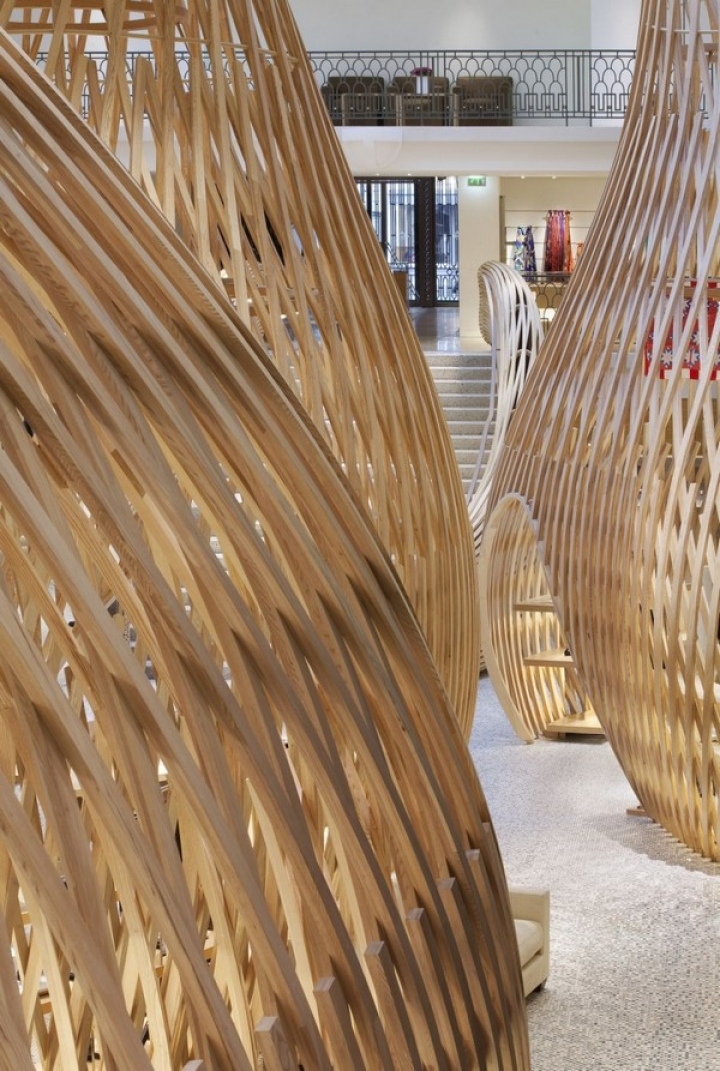 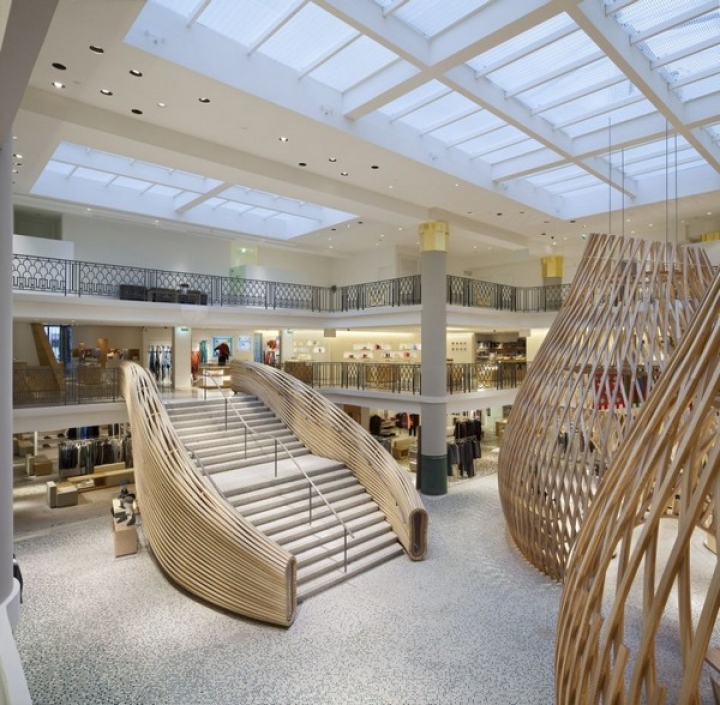 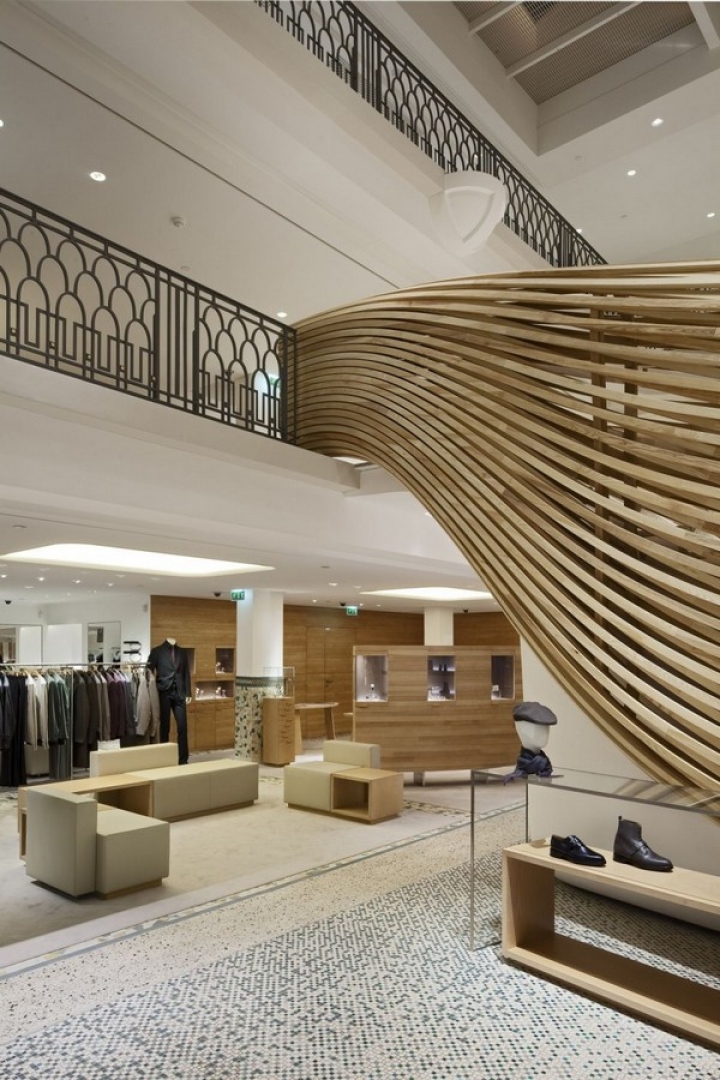 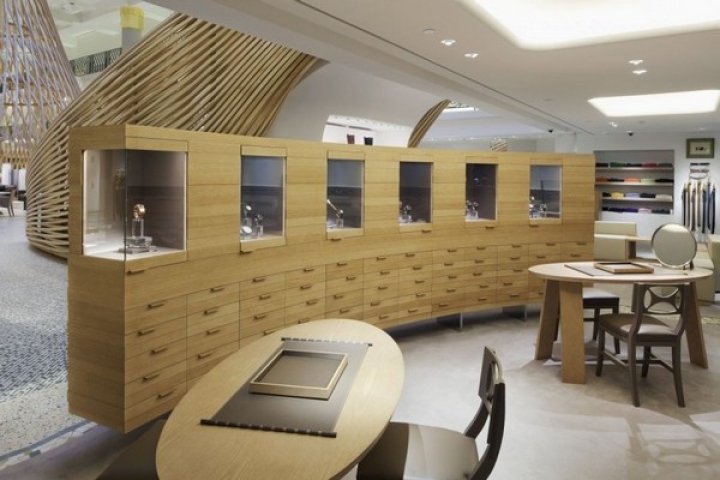 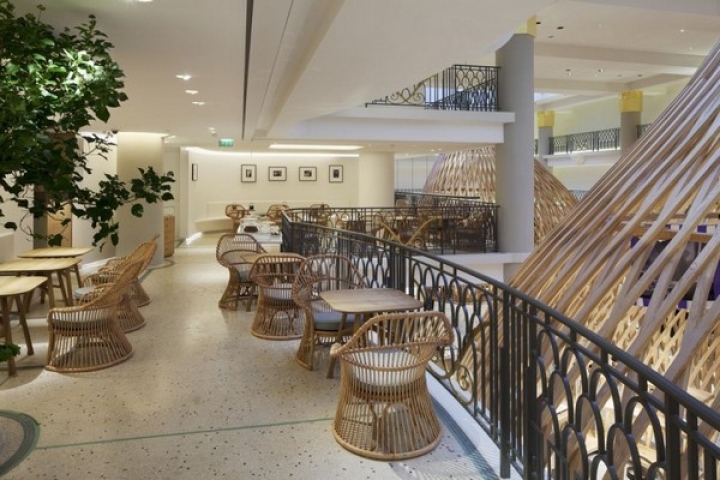 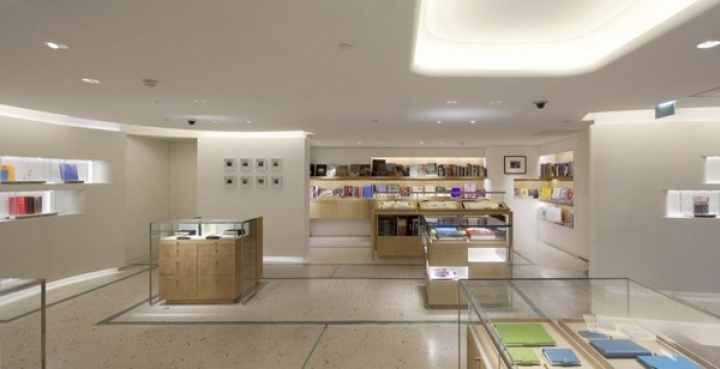 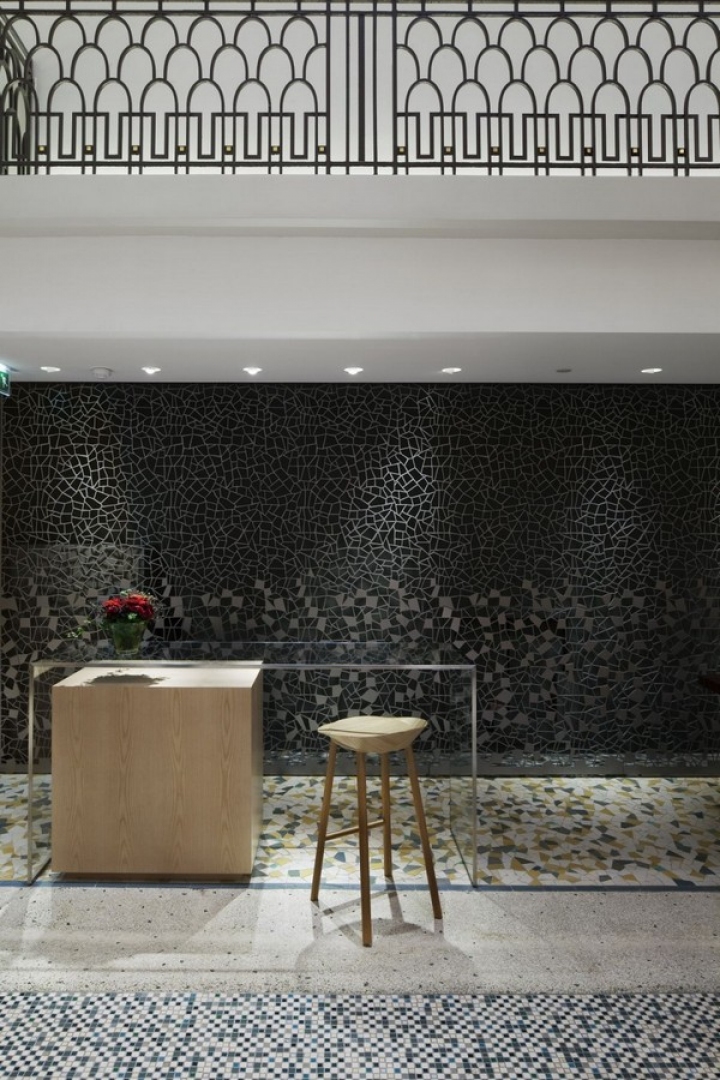 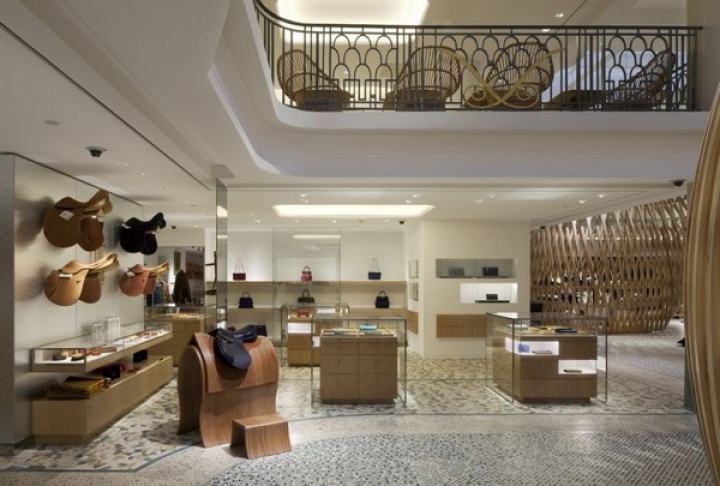 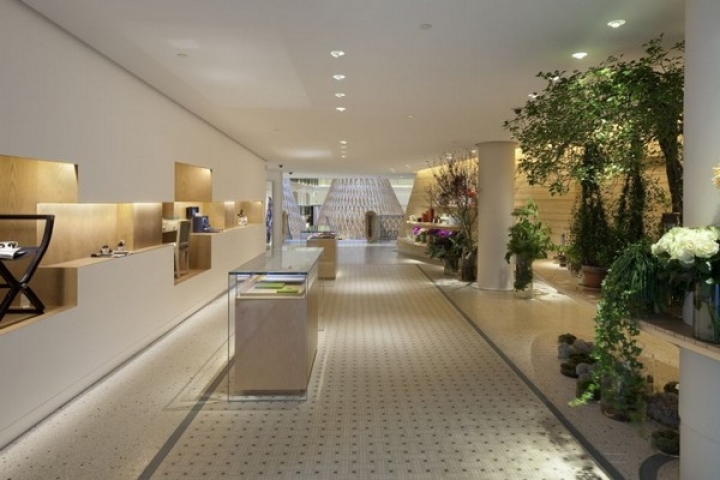 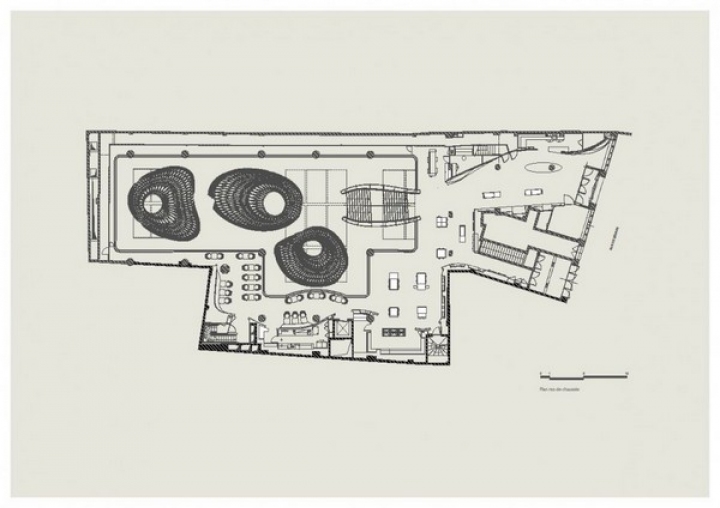 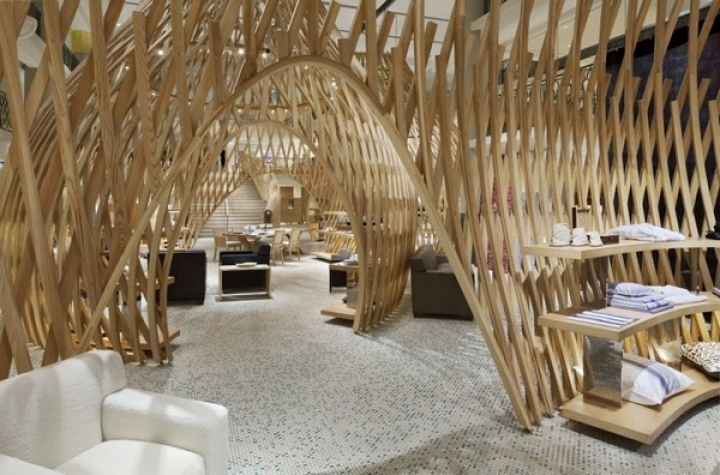 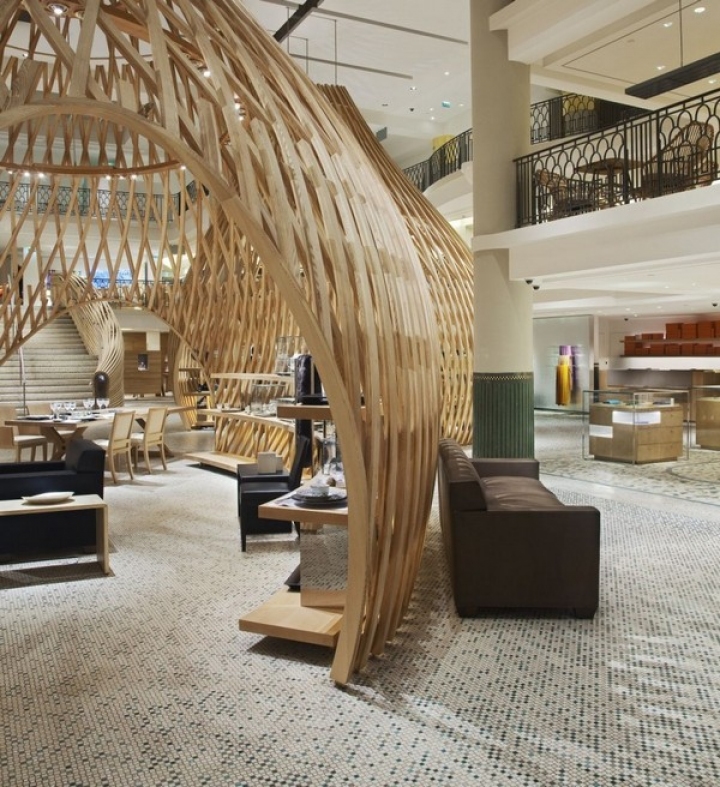 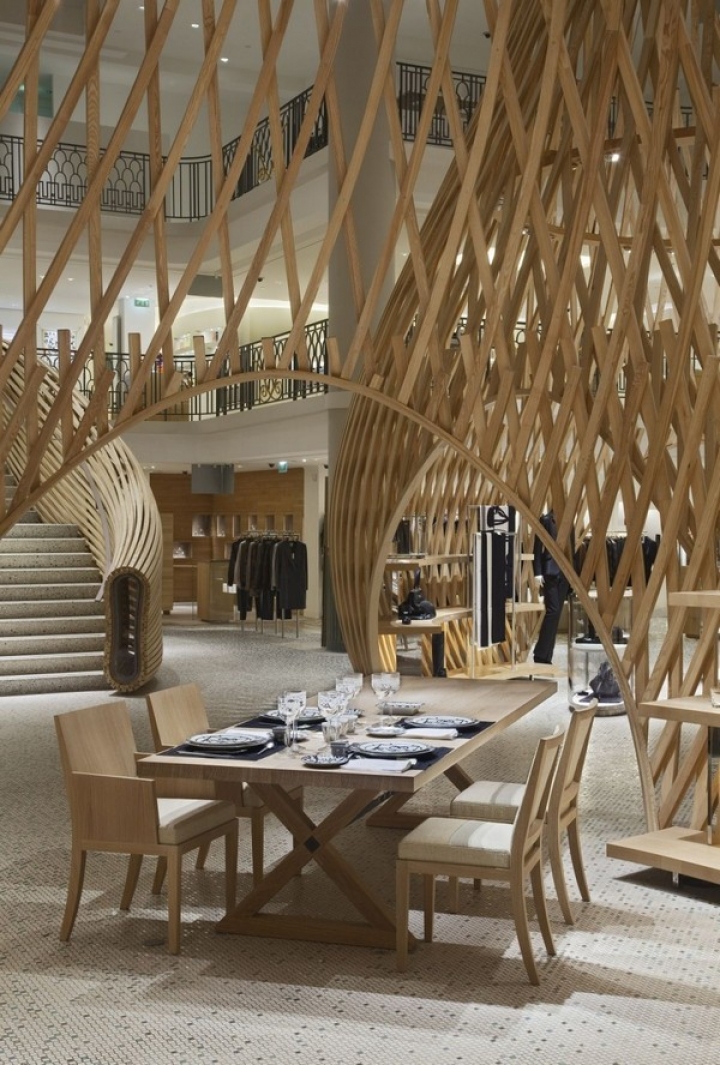 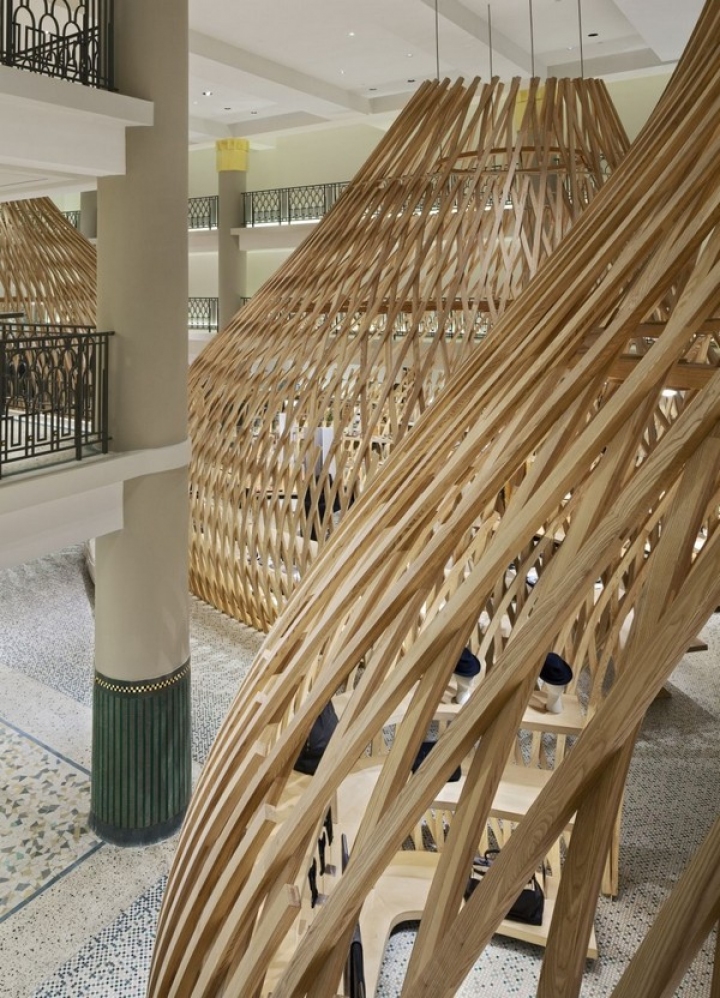 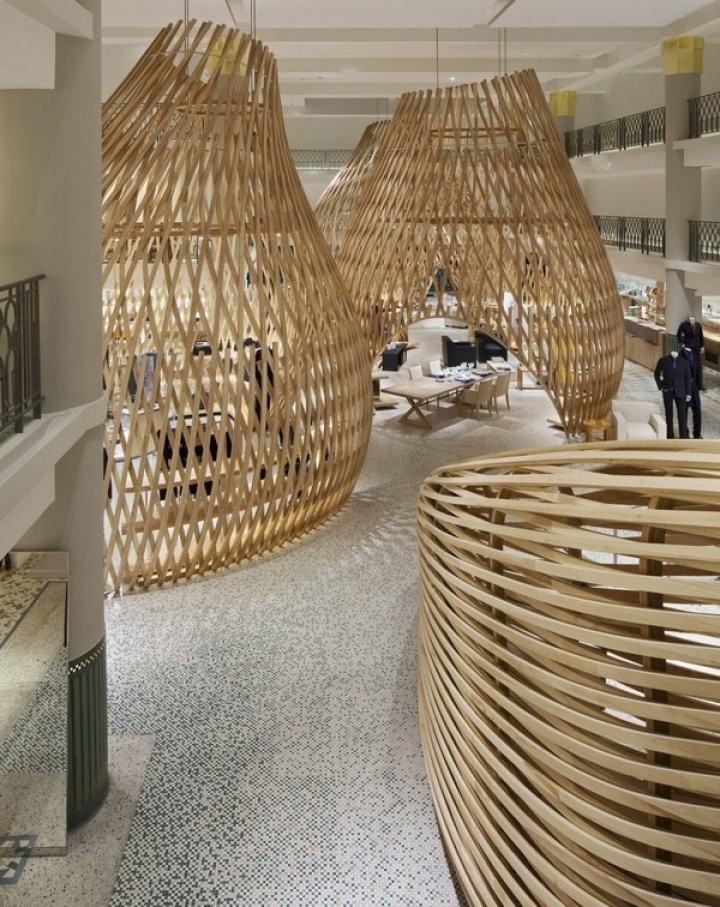