“Monolithic” metal house in the desert, by Steven Holl it has been modified: 2010-11-19 di Benedetto Fiori

As a metal monolith buried in the sand, this building has been created to be as solid as a rock, between the desert winds, a bastion, psychological against the harsh elements of its environment desert.

It was “imagined as the tip of an iceberg with a much larger mass underneath” by the architect Steven Holl, Studied with modeling 3D digital technologies and prefabrication. The pieces were transported and mounted in rugged and remote locations in New Mexico. 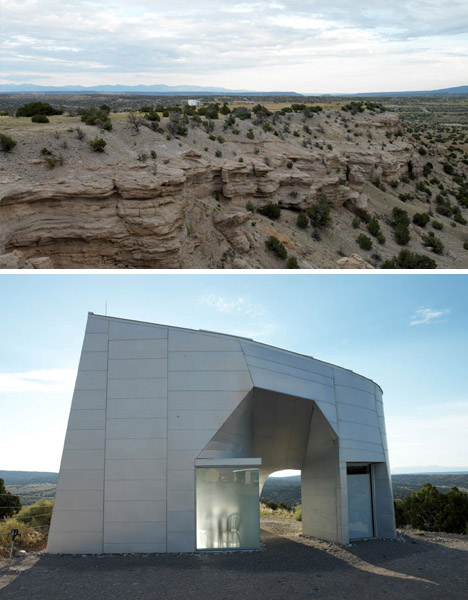 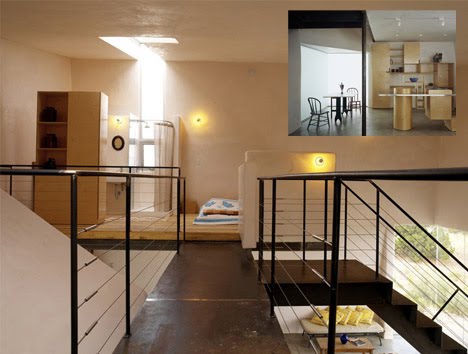 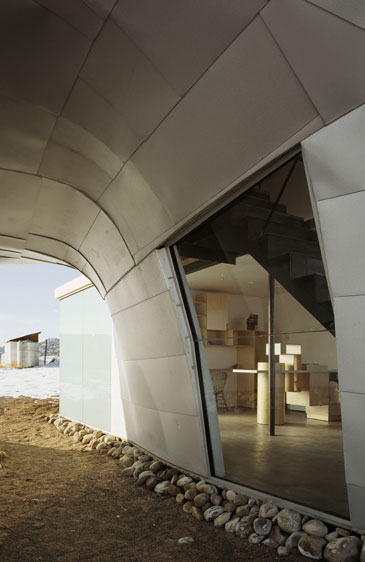 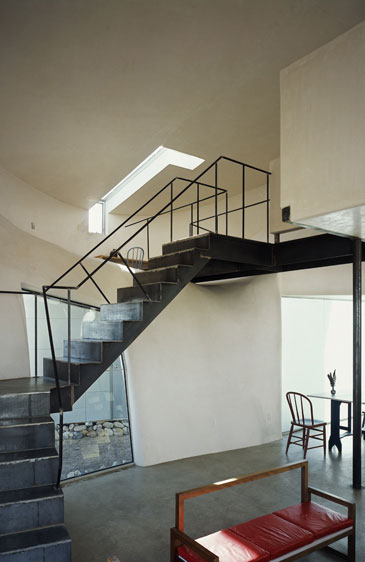 Interior design strategies are a little more conventional, white on walls and ceilings, modern and comfortable movable metal bridges. Again, the places where the outside connects with the inside (doors and windows) are strange and engaging borders.

Aptly named the Turbulence House, the structure appears as a natural formation that has shifted over time along with the region's geological change - curved aluminum cladding looks wind-worn and windows appear as cracks in its surface.