This house designed by Santiago Parramon architect of RTA-office is characterized by its location in an area with steep slopes and a stream that crosses it. A slightly hilly terrain,

rocky in which the conservation of most of the trees were the guidelines of the project.
It was decided to leave the site intact and with the support of an object a large volume rests on a minimal surface. The house makes contact with the ground only through a small central core. The size of the archaeological work was a foundation on which to act as true surgeons to minimize the impact to the substrate. 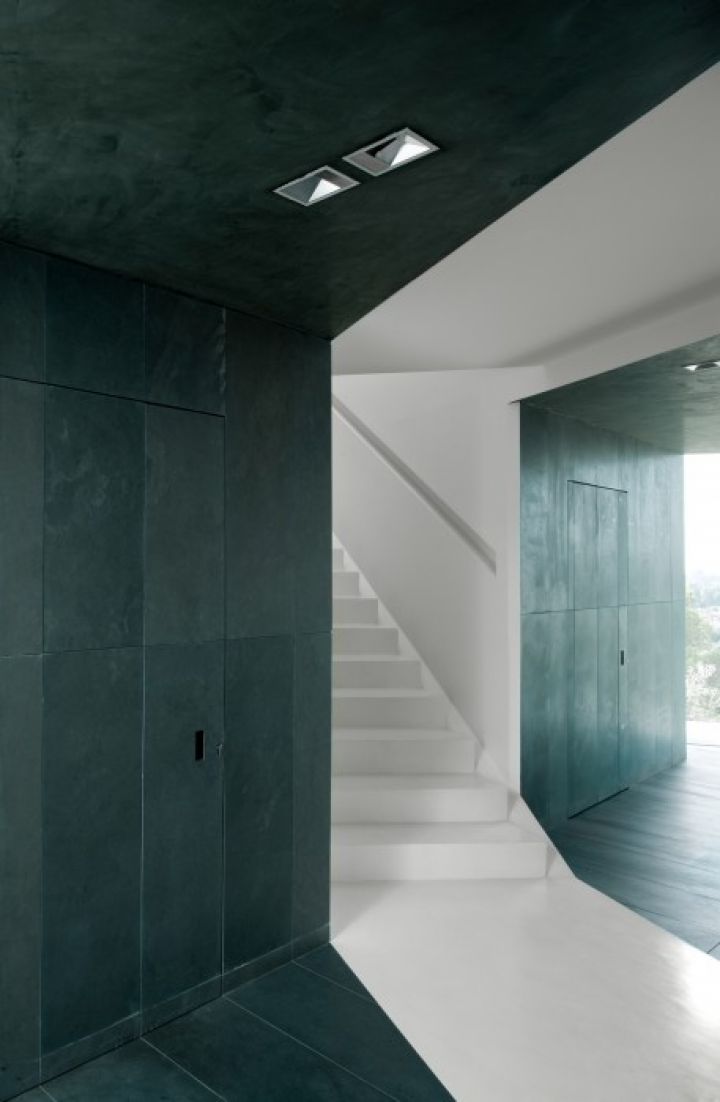 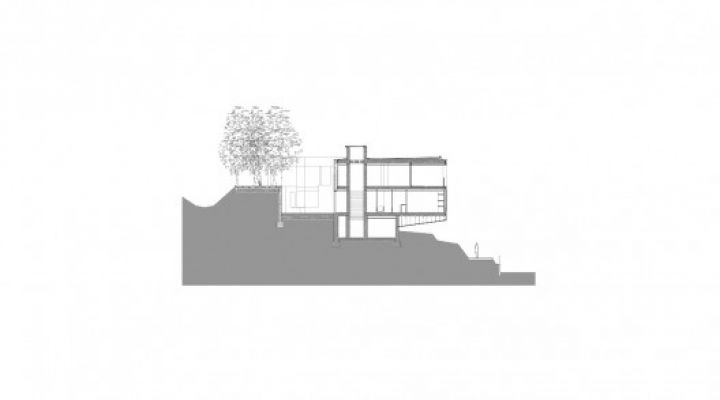 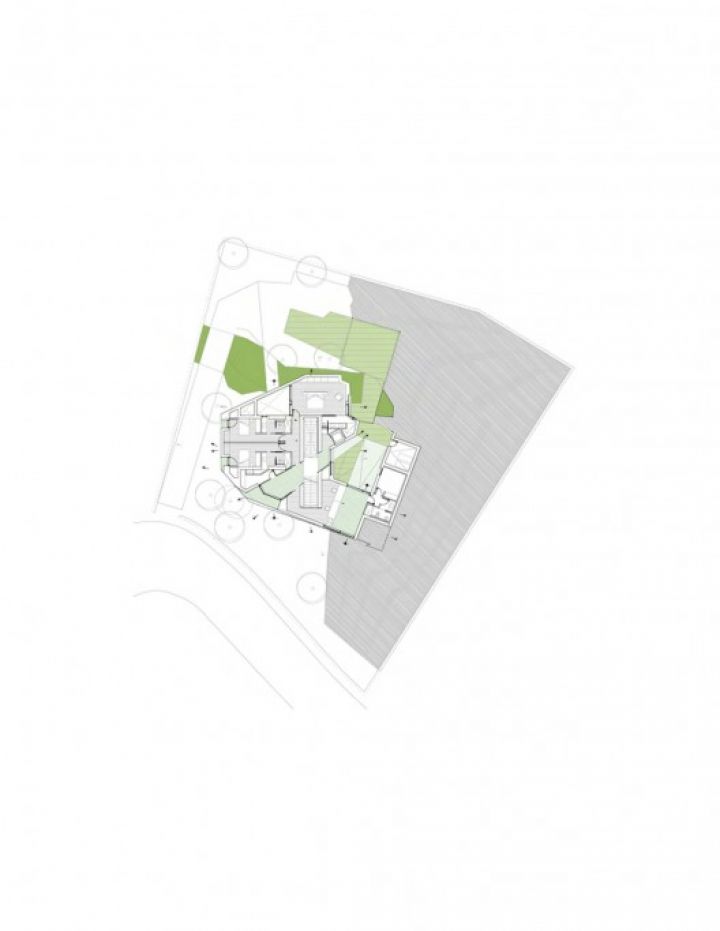