The works of the OostCampus of Carlos Arroyo Architects to Oostkamp, ​​Belgium. OostCampus is the seat of the civil, administrative and social structures of a territory in the heart of the countryside around Bruges, a beautiful landscape outlined by rows of trees and canals and dotted with residential castles built over the centuries by wealthy merchants from the neighboring Flemish cities , and enriched with discrete industrial parks with high-tech companies such as Siemens, Tyco, Entropia Digital or EADS. 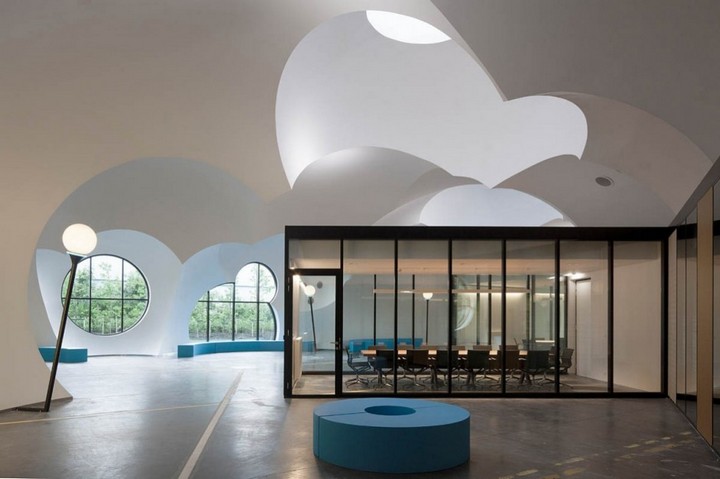 In four municipalities 1977 were grouped, Oostkamp, ​​Hertsberge, Ruddervoorde and Waardamme, as a result of a national law that eliminated most common 300 throughout Belgium. the facilities, but the facilities were scattered in various municipal buildings were grouped.

In 2006, the City acquired 4 hectares of land with Coca-Cola facilities built in 1992, which had become obsolete. Located 5 minutes walk from the center of Oostkamp, ​​10 minutes by bike from the other nuclei, and close to the E-40 motorway exit, the land offered the possibility to group municipal services, optimizing synergies and construction of a common image. 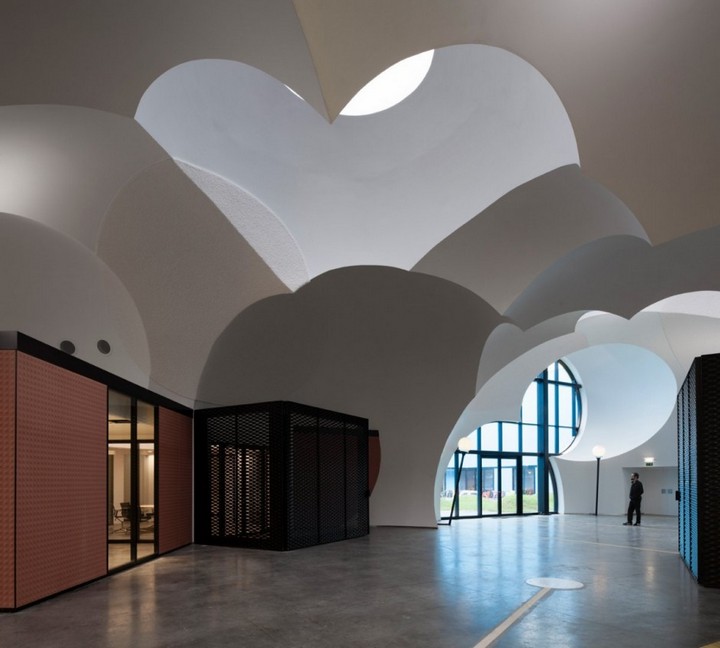 The reuse of the existing is a fundamental criterion of sustainability. The "gray energy" (energy used to produce something), is often discarded or simply ignored. If we demolish an existing structure and build a new one, we will use more energy and resources than the most efficient building can save in its life.

To transform the vast industrial hall - with minimal footprint but maximum spatial result - Arroyo designs a sheltered interior public space, wrapped in a "luminous landscape of white clouds". Thin shells of GRG (gypsum and fibers) span the large space like huge soap bubbles. They are only 7 mm thick.

Within this landscape, a set of modular clusters Provides the administrative services and spaces, designed to facilitate the relationship between citizens and administration. Citizen participation in the process is one of the key issues. Also transparency: the chamber hall is in full sight in the middle of public space, the information is accessible, you can even point you visualize the municipal website ... and physically enter it and talk to the person who is behind!

The materials are simple and inexpensive, but are selected and used in such a way That we want to go and touch them. Some elements are finished with a felt made from recycled bottles (PET); simple boards are CNC carved to become sophisticated 3D damascene; the floor is the existing industrial warehouse poly-concrete, with its lines of storage, on Which the new signage is superimposed. The acoustics are carefully worked out, and so is the smell!

The materials are simple and inexpensive, but they are selected and used in such a way that we want to touch them. Some elements are finished with a felt made from recycled bottles (PET), the floor is the existing one of the poly-cement industrial warehouse, with its storage lines, on which the new signage is superimposed, the carefully elaborated acoustics. 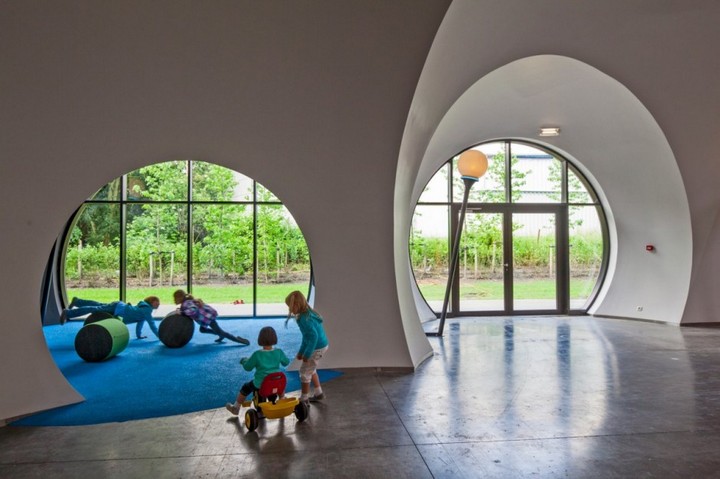 Thermal comfort is obtained with minimal effort, thanks to the "thermal onion" technique which optimizes climate zones according to access levels, and by exploiting the thermal inertia of the insole.

The price per square meter of the building is one third of the average price for comparable buildings. 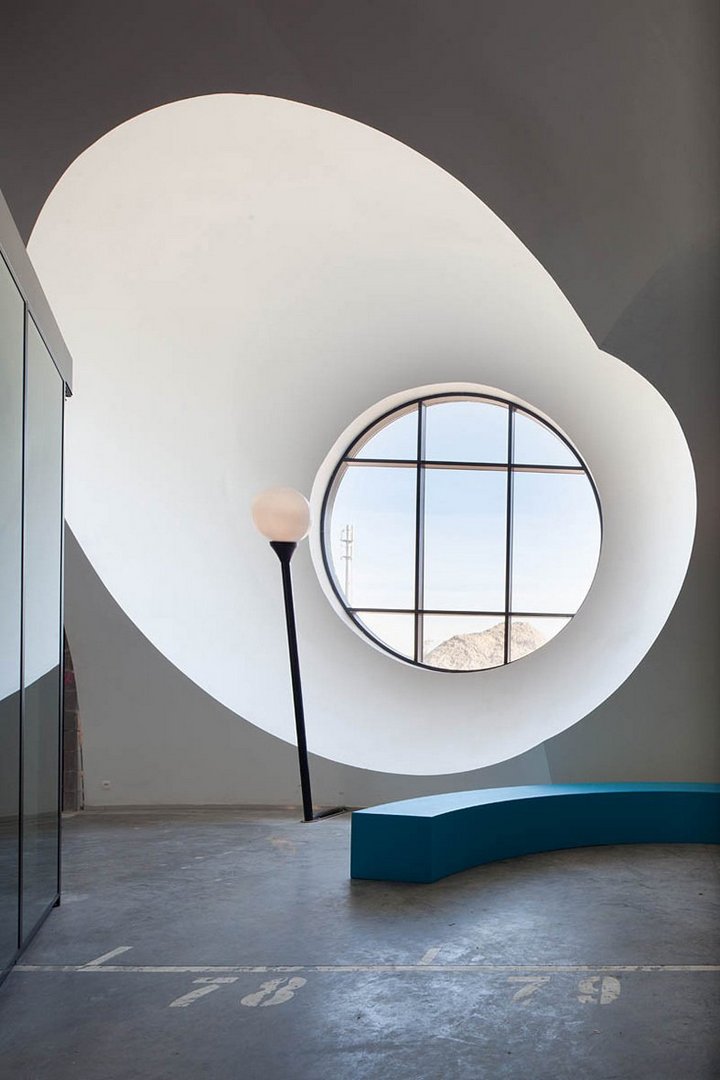 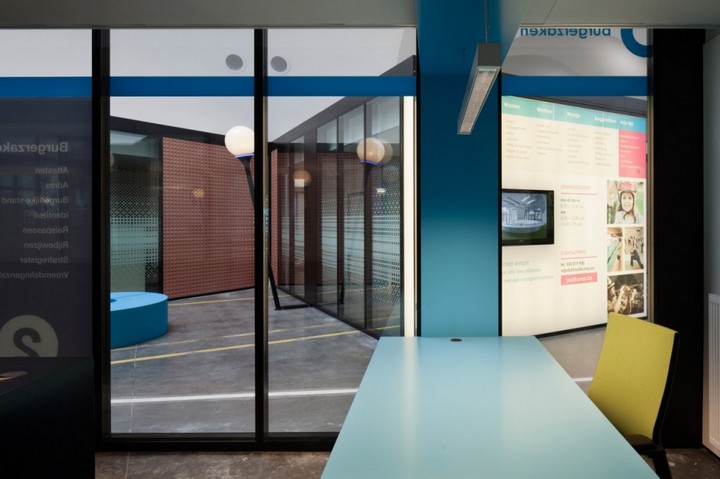 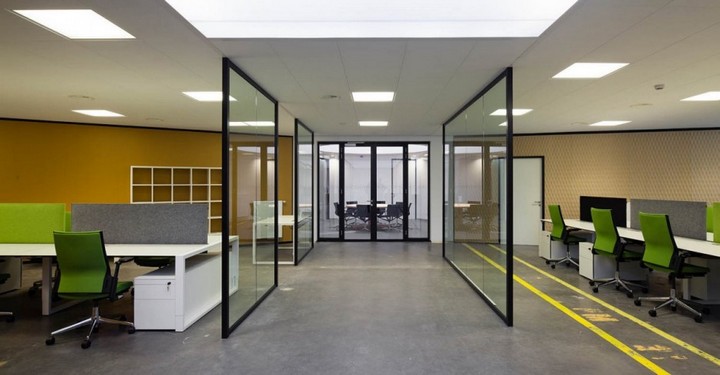 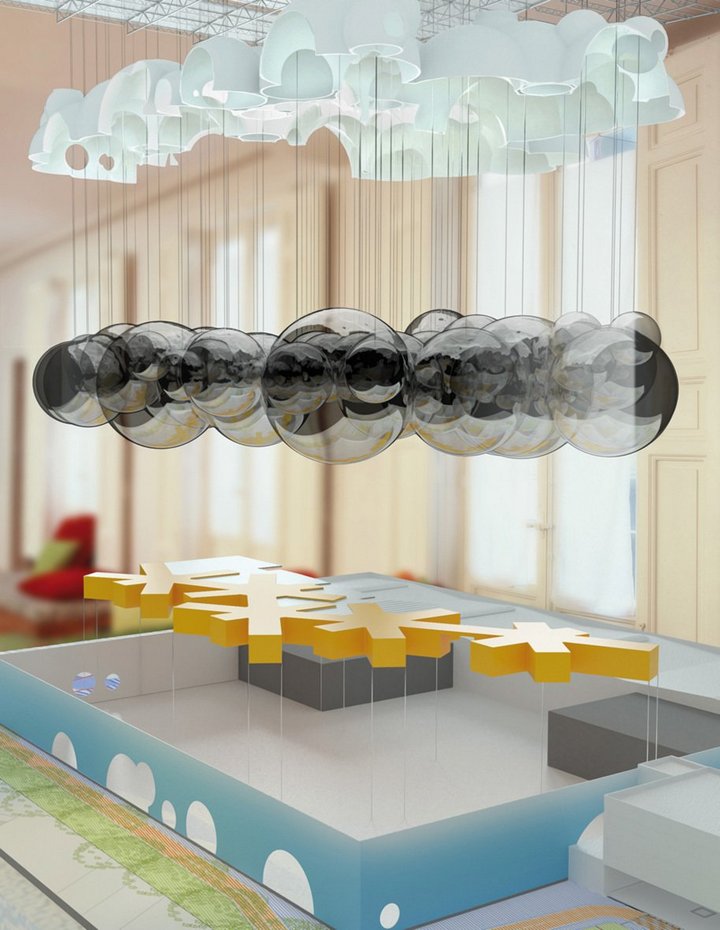 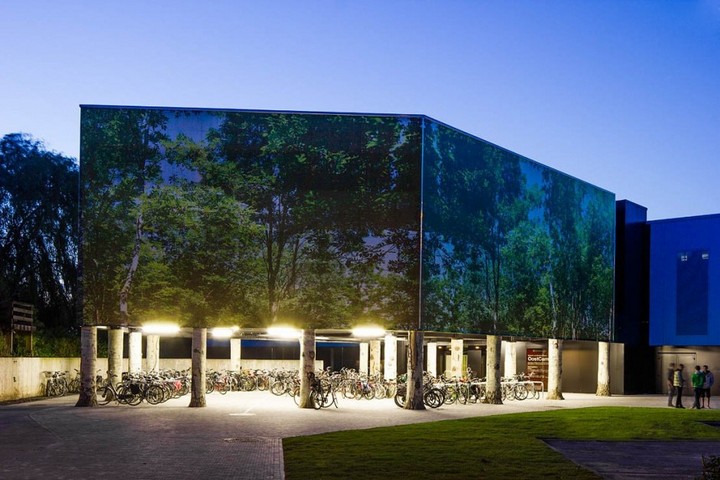 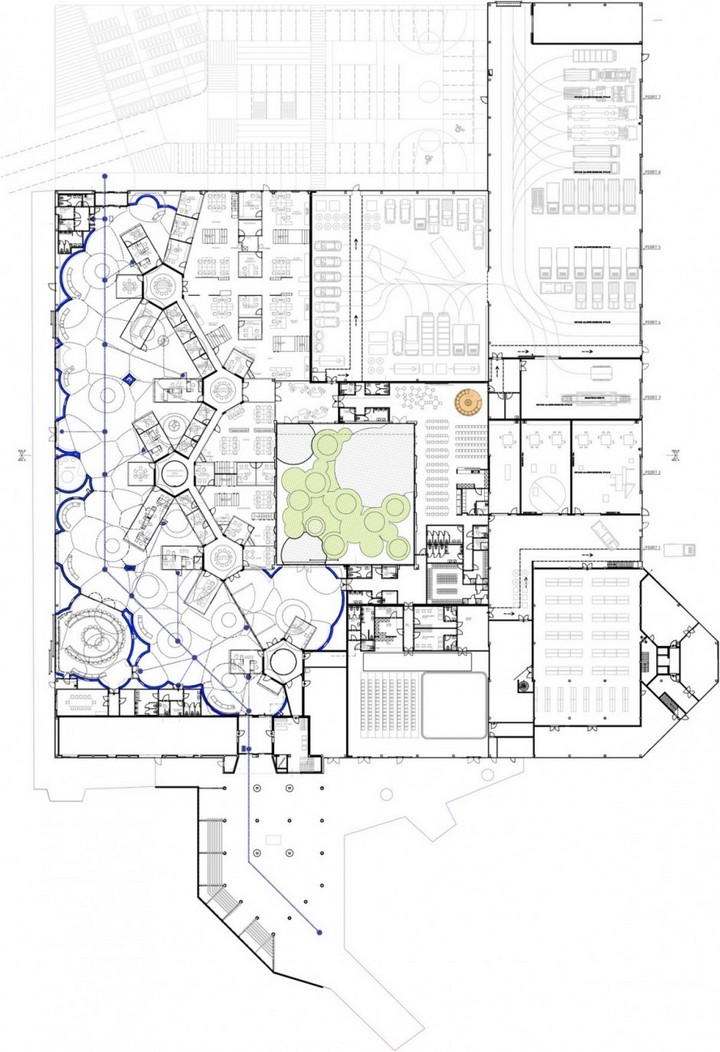 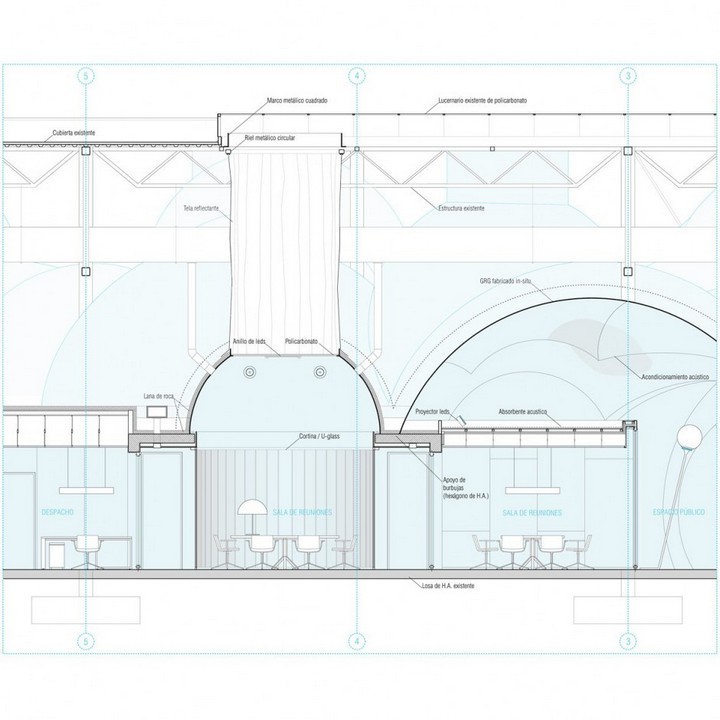 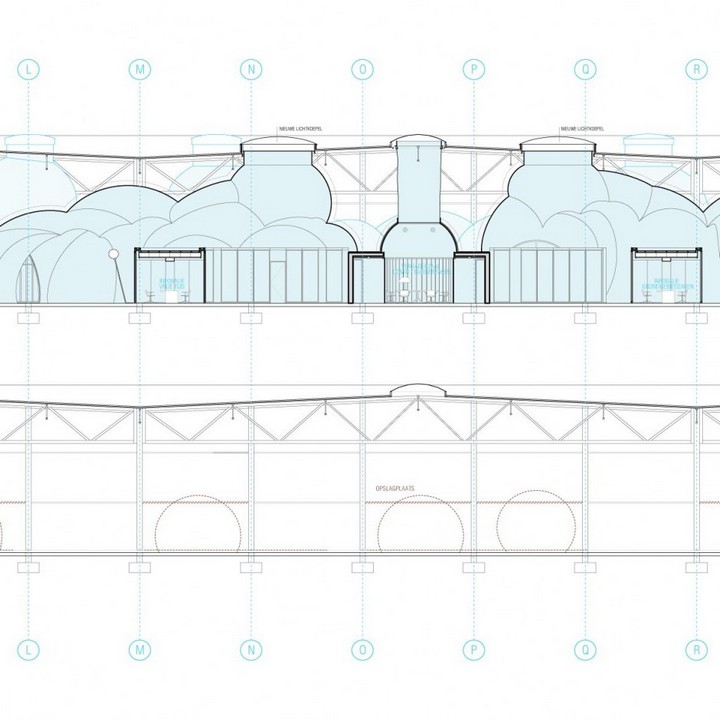 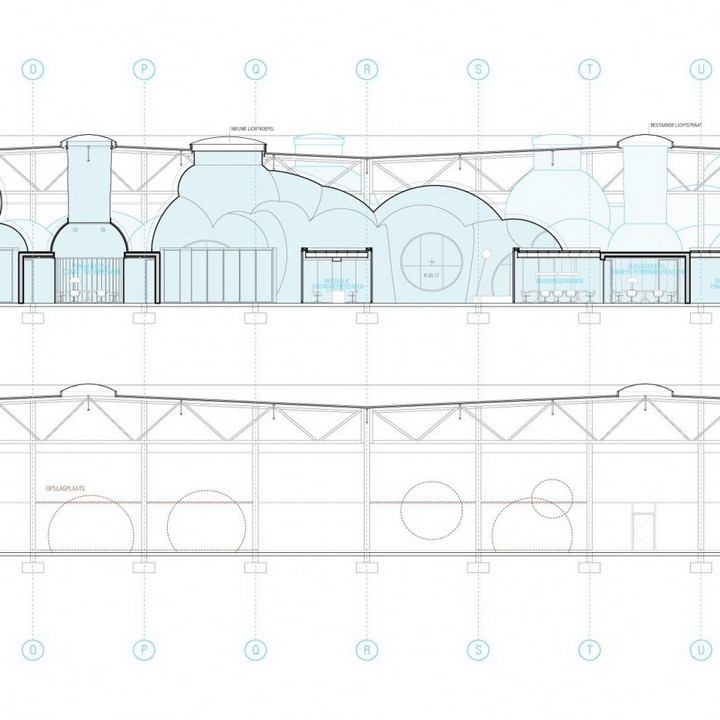 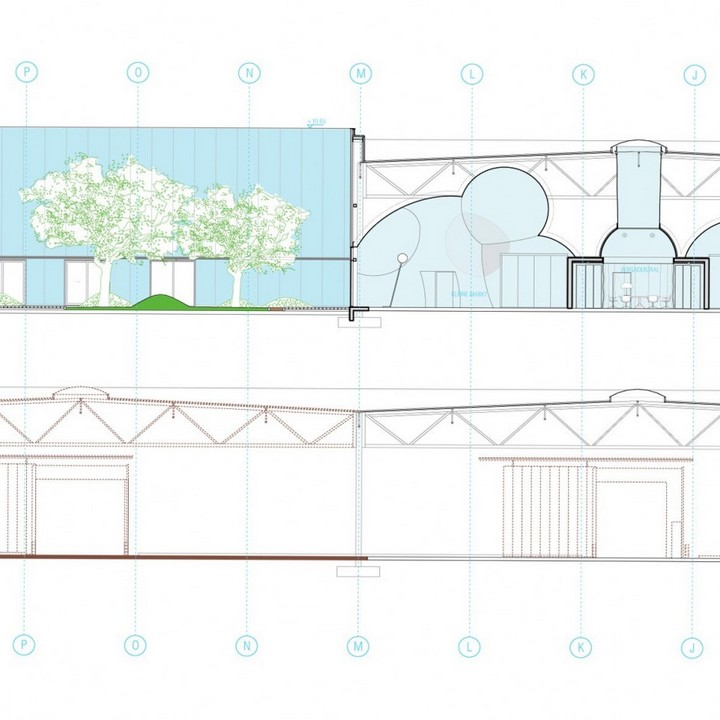 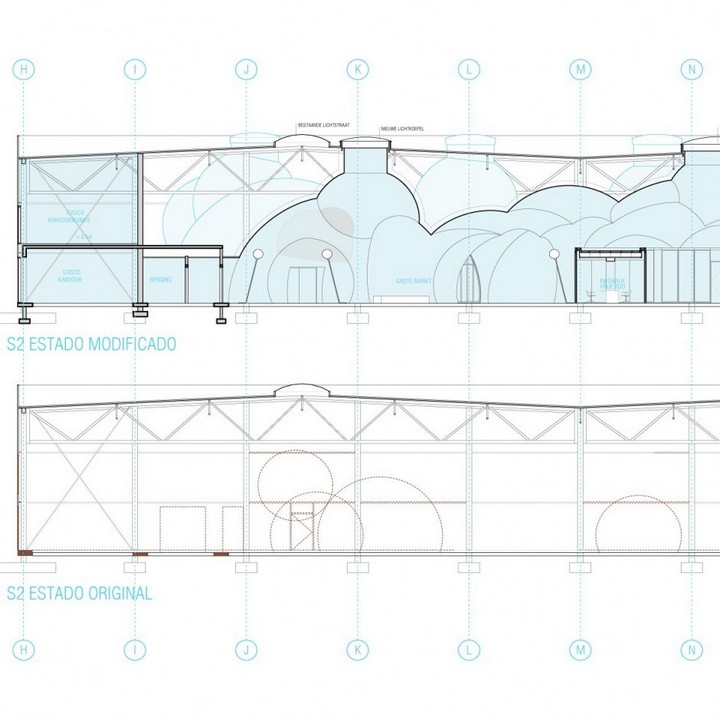 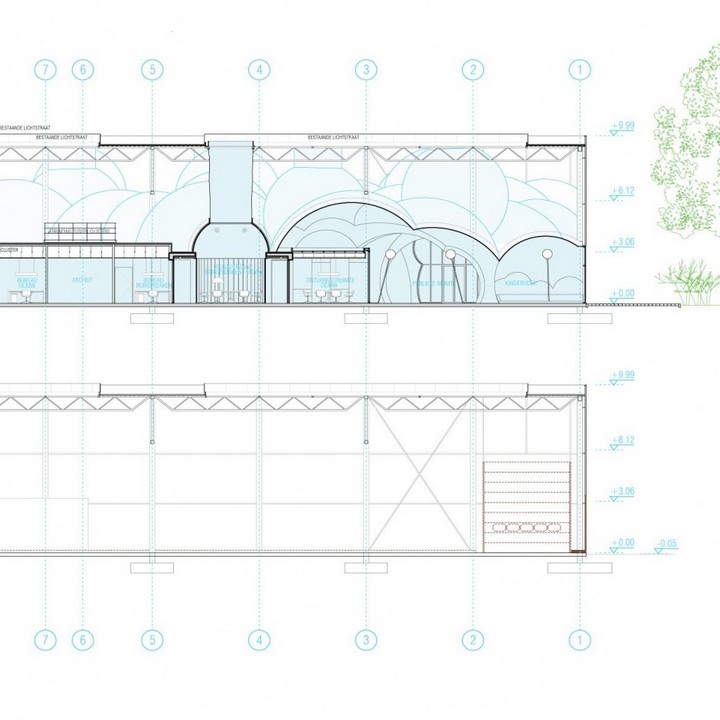 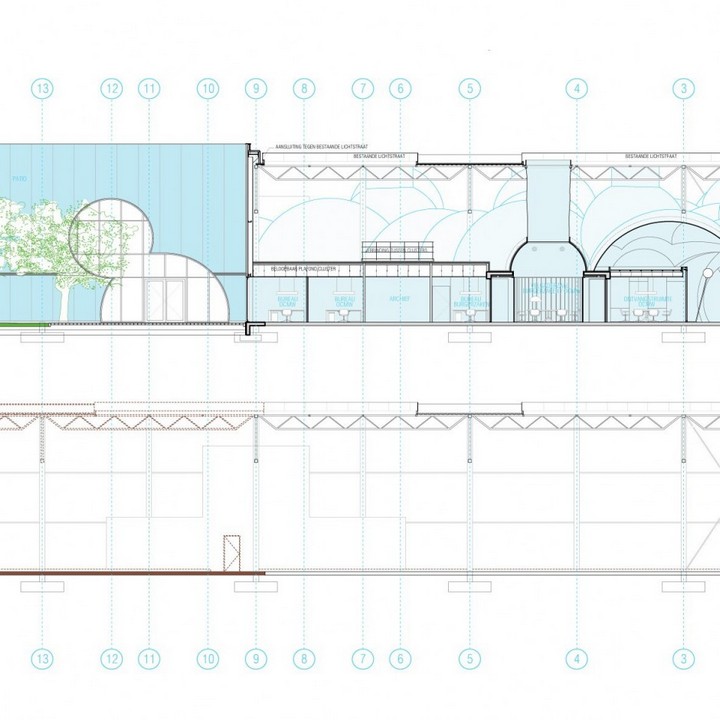 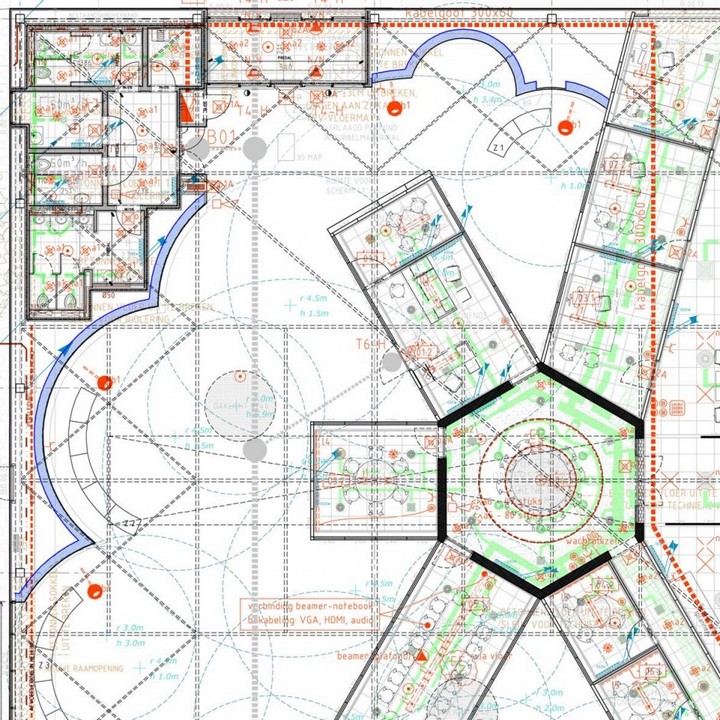 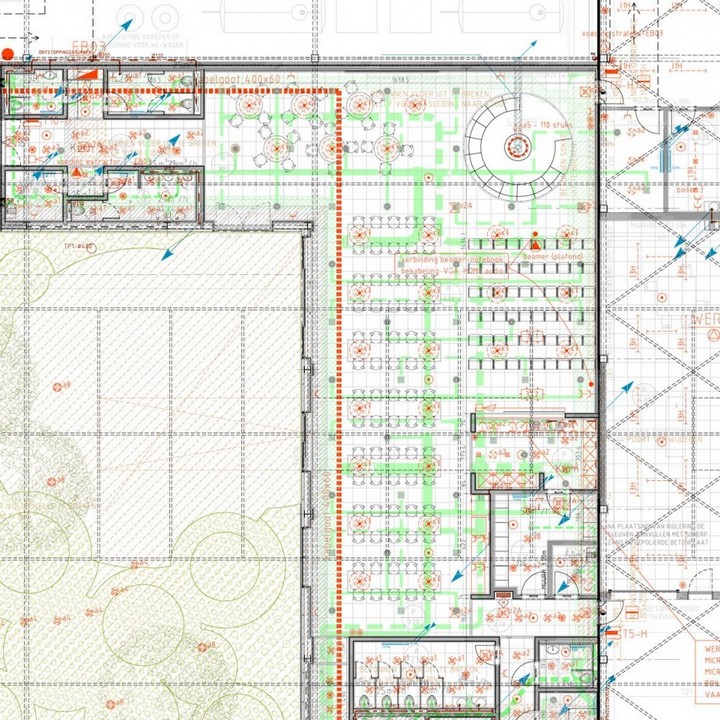 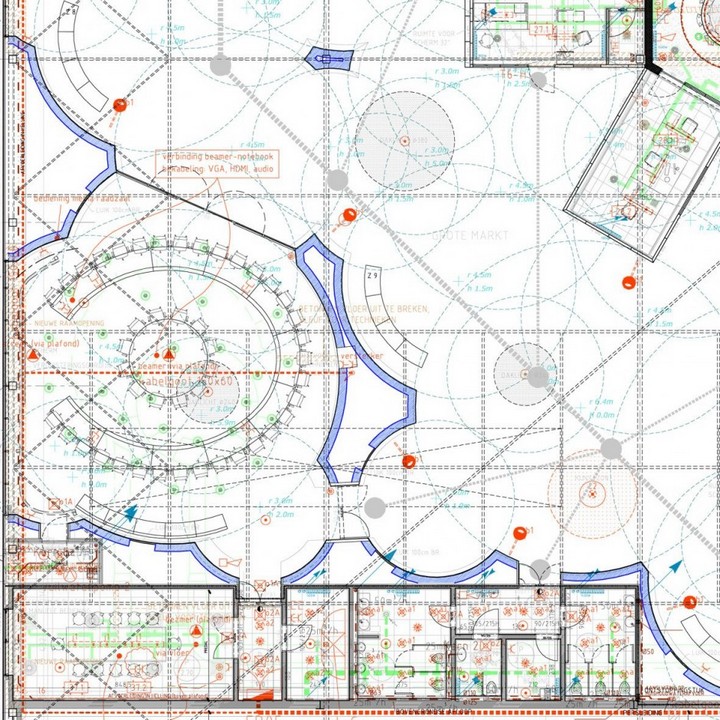 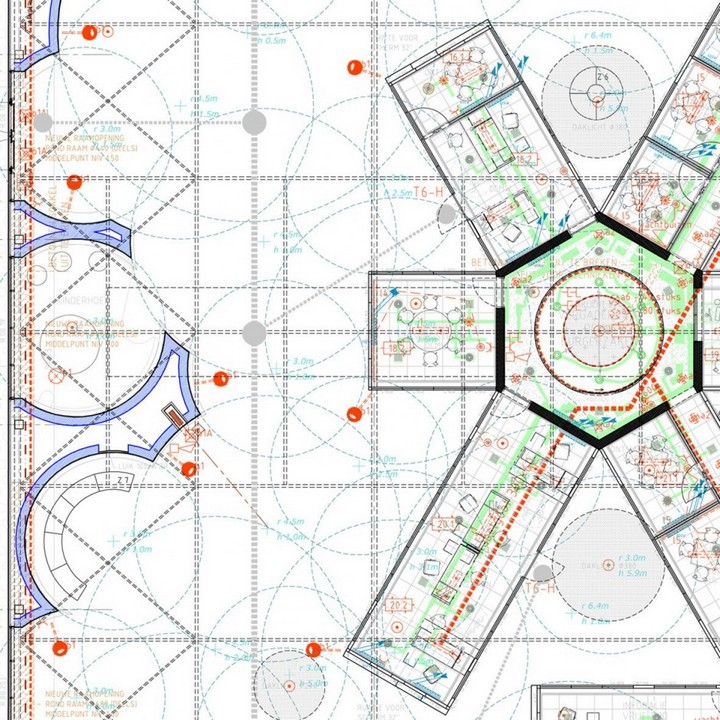 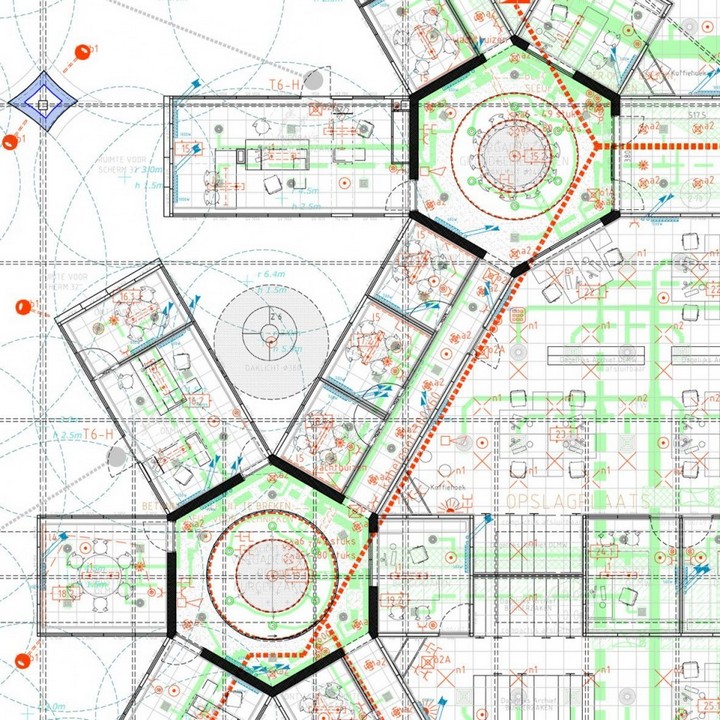