A separate place / Jesse Randzio it has been modified: 2011-12-13 di jessica zannori

The American designer Jesse Randzio, with the help of twelve students ofArchitectural Association, Completed in Separate Place 2007 after long months of work Hooke Park, Dorset. The materials were provided locally and the pod is made of boards of red cedar that overlap. The copper rivets

and the hood of a small steel chimney stick out from the roof. The pod rests inside a net connected to a metal ring, which, in turn, is suspended between the surrounding trees with the use of traction cables and can be accessed through a small elliptical door after having climbed a rope. The project was exhibited at the Architectural Association, London, in 2008. 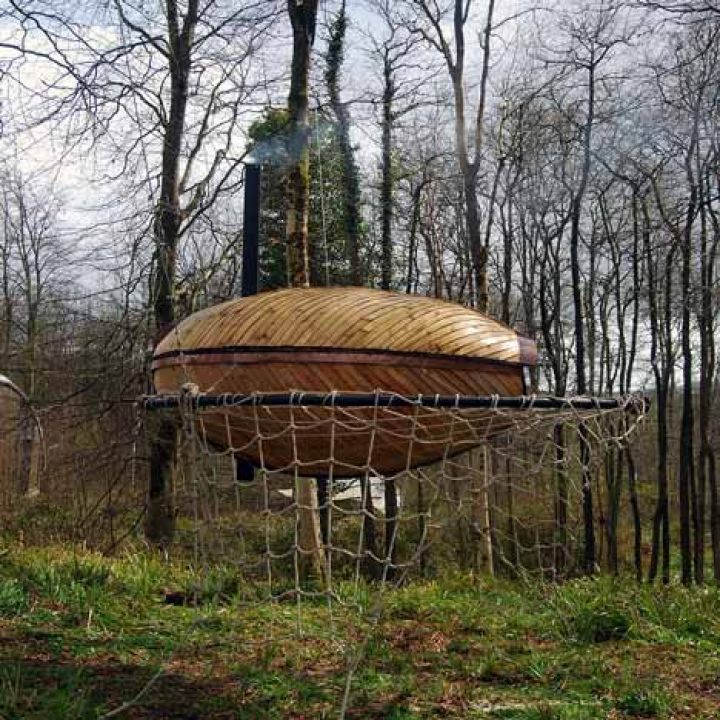 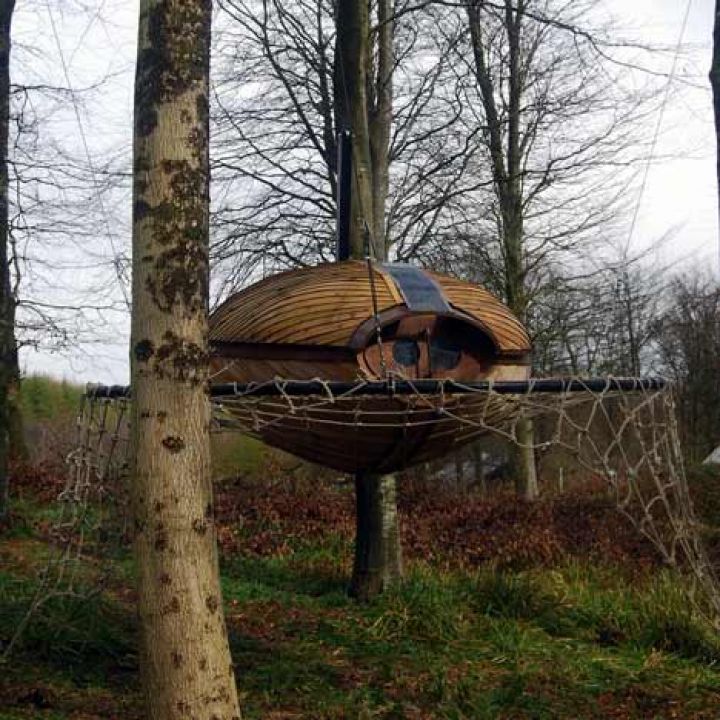 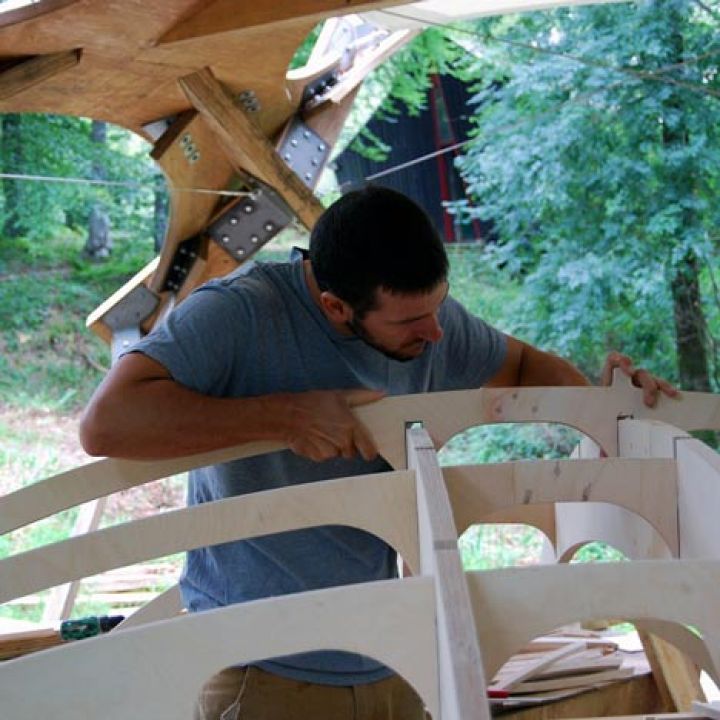 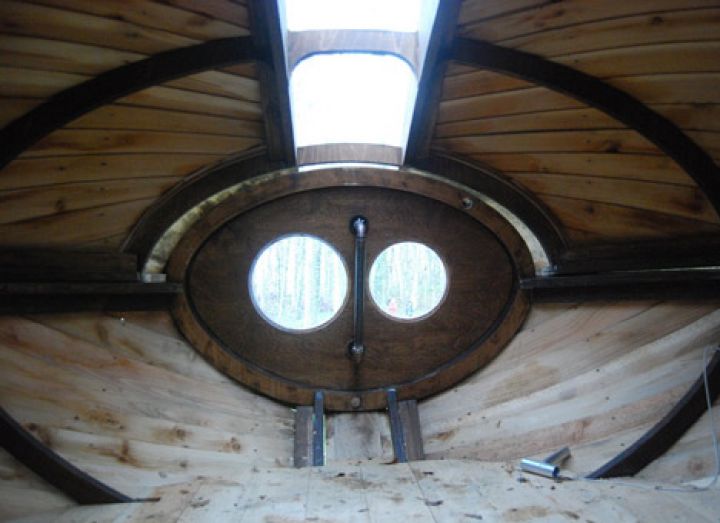 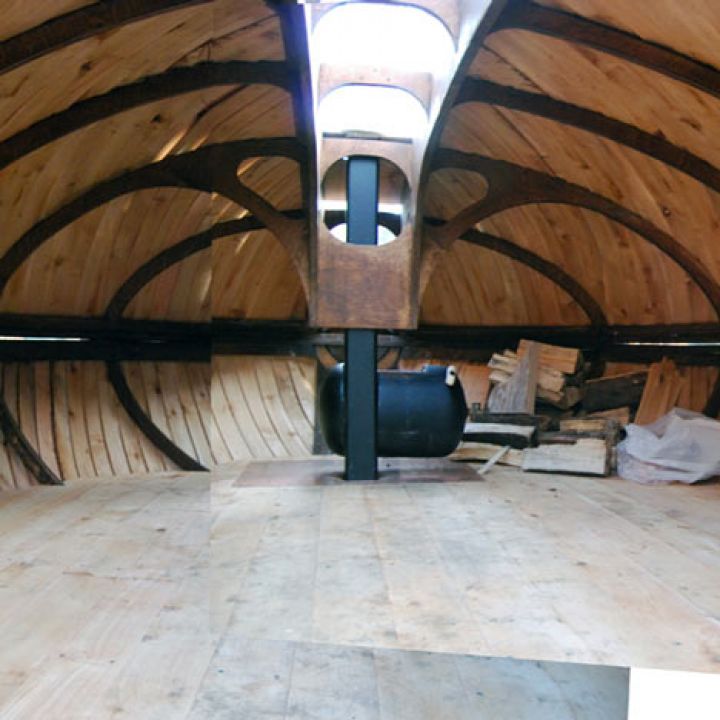 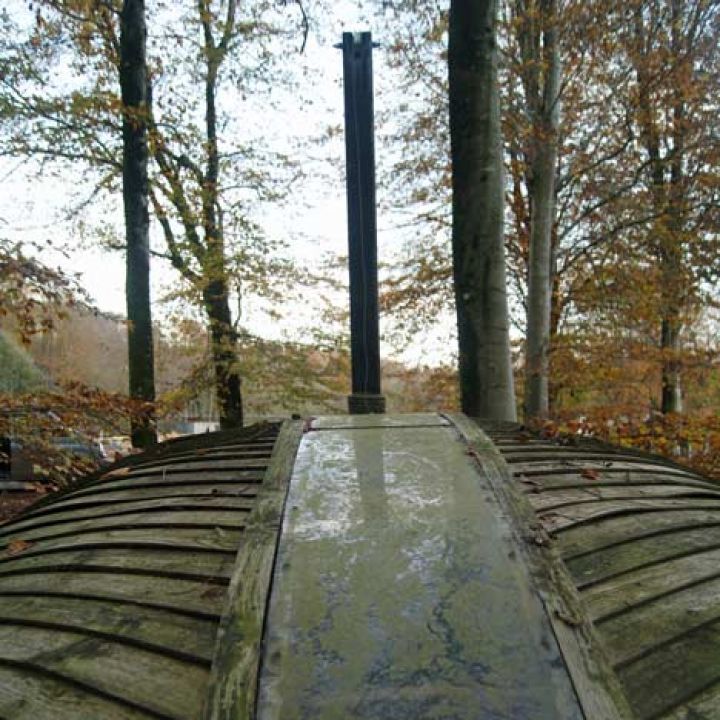 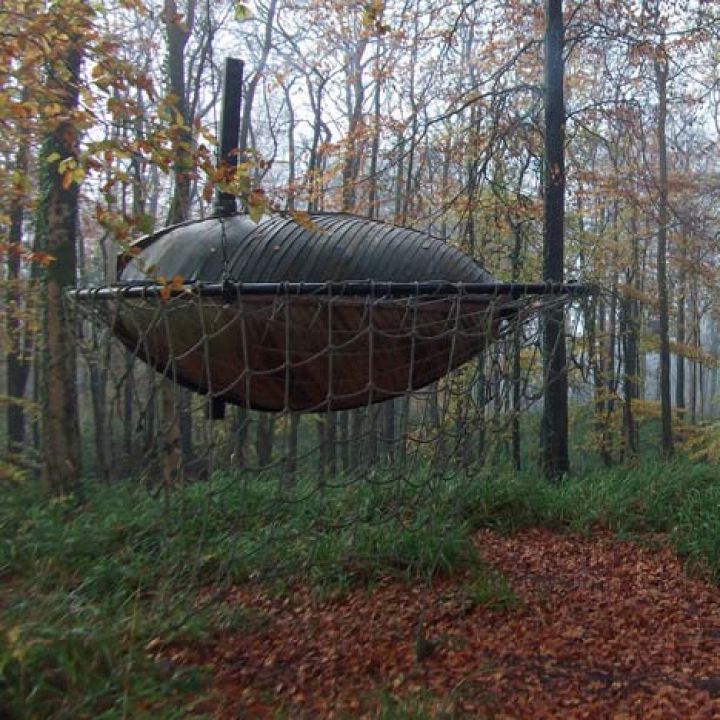 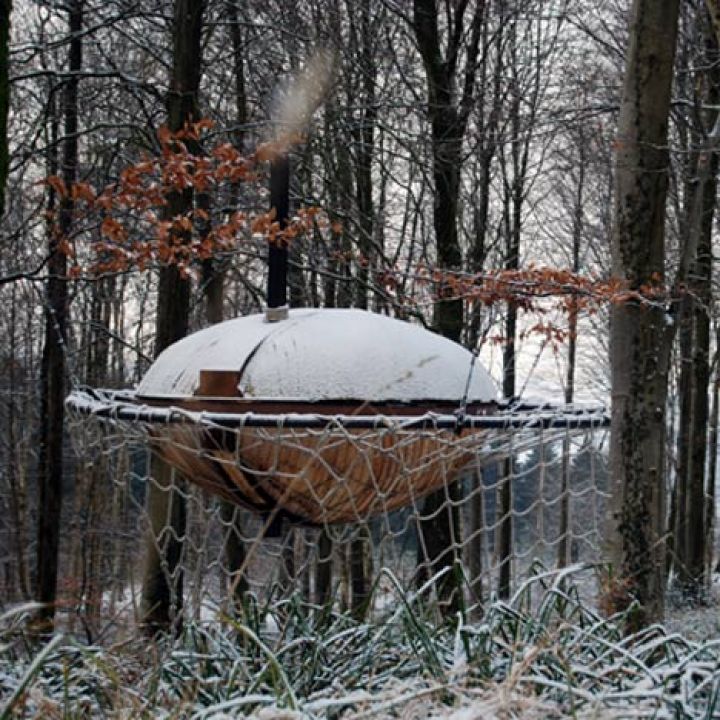