[MOSCOW] Circus School Architectural Competition is an architectural competition organized and promoted by [AC-CA] to generate contemporary and innovative ideas.

Moscow is the capital and largest city of Russia with 12,2 million residents within the city and 16,8 in its urban area. It is an important political, economic, cultural, scientific center of both Russia and Eastern Europe, as well as the largest city in the entire European continent.

Circus is a company of artists that includes clowns, acrobats, trapeze artists, musicians, tightrope walkers, jugglers and other object manipulators and stunt-oriented artists. Animals have been used extensively in the traditional circus, but now much less. The contemporary circus combines traditional circus skills and theatrical techniques to convey a story or theme. Compared to the traditional circus, the contemporary circus genre tends to focus more attention on the overall aesthetic impact, character and development of the story and the use of lighting design, original music and costumes. Moscow State Company Circus is widely acclaimed for its levels of originality and artistry.

Aim of the competition
The purpose of this international competition is to design a new circus school in the heart of the city of Moscow to serve as an academy for young aspiring circus artists. The architecture of this new building should reflect contemporary design trends. The proposal must not only attend to the specific function, but also take into account the urban context and impact. This competition hopes to achieve the following objectives:

WHO CAN PARTICIPATE
Architects, Architecture graduates, engineers and students. They are also invited to participate in the competition interdisciplinary teams.
Projects can be the work of an individual or a group of up to 4 members.

Note: This is an international competition open hosted by [AC-CA] to generate innovative ideas of architecture. Do not be built. 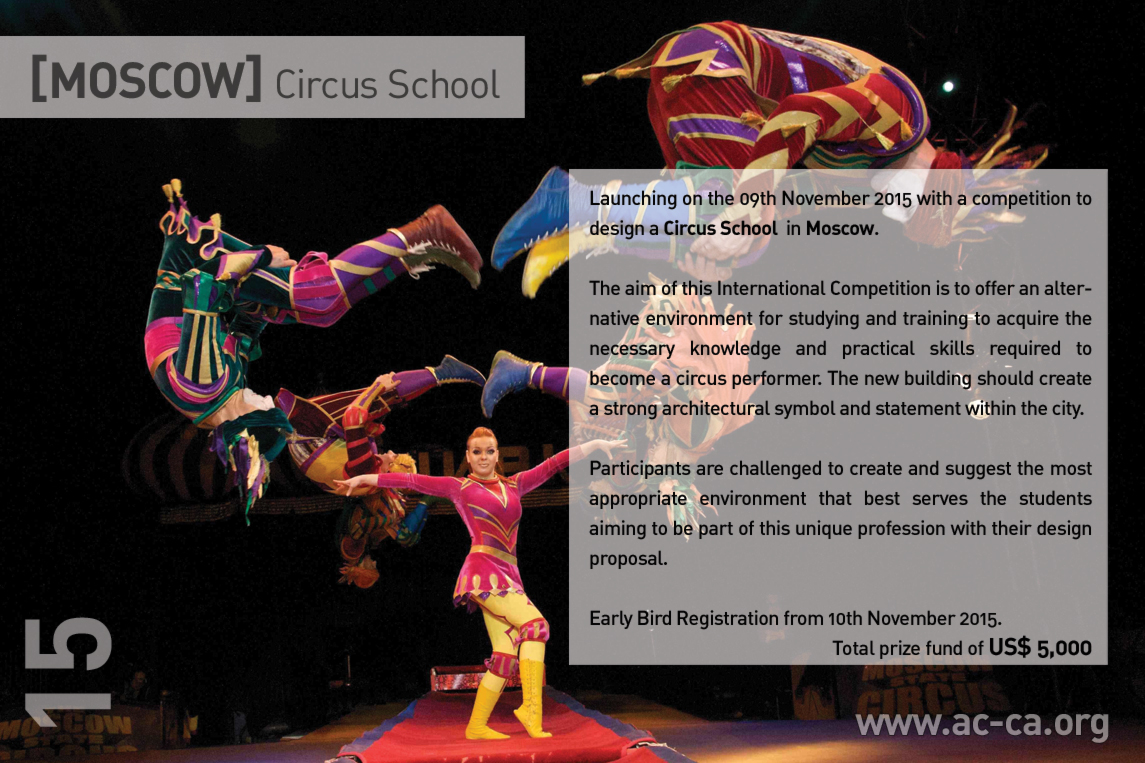